Where no fan had gone before: 50 years of Trekkies

You want audience engagement? A look back at the ‘mother fandom’. 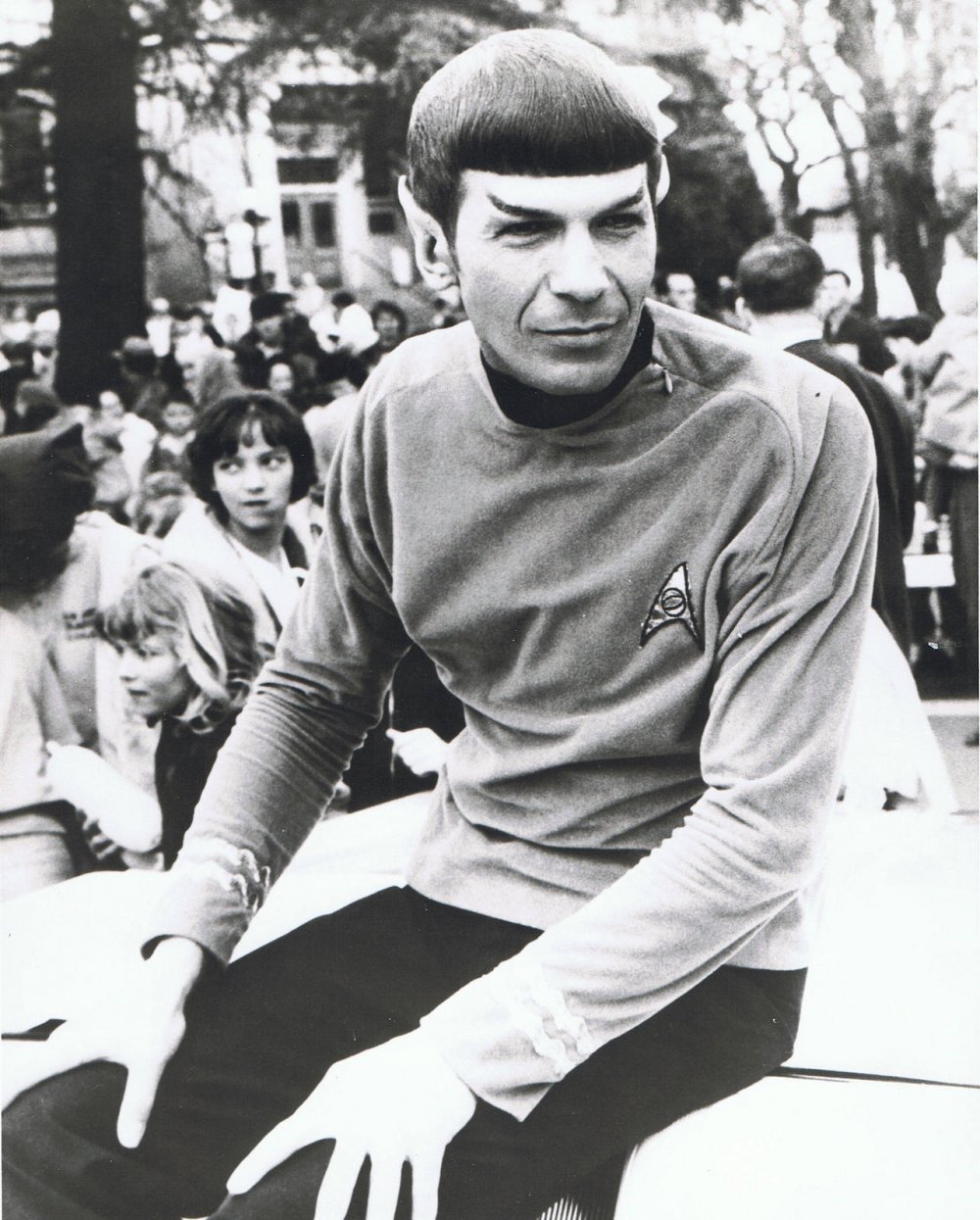 Of all the fandoms generated by a television series, none has been as enduring, as vocal or as influential as that forming around the various incarnations of Star Trek. Call them Trekkies or Trekkers (both camps will argue long and hard as to the merits of each label, and longer and harder still about the stigma attached to the other), the fans of Star Trek have proven to be among the most loyal and creative of them all, as responsible for keeping the franchise afloat for 50 years as the creatives involved in producing it.

Science-fiction fandom, particularly in the USA, predated Star Trek by several decades. It’s commonly attributed to the letters pages of the pulp magazines published by Hugo Gernsback in the 1920s and 30s, where like-minded fans were able to pass judgement on what they were reading and, thanks to Gernsback’s decision to print their full addresses, start to network with each other. But Star Trek was the first of the media-led fandoms, the ‘mother fandom’ from which all similar followings sprang.

The first signs of the devotion the programme was generating came in April 1967, just as the original run of the first season was drawing to a close. Leonard Nimoy, suddenly a household name thanks to his portrayal of Mr Spock, was invited to sign autographs at a parade in Medford, Oregon. Anticipating a few hundred attendees, Nimoy turned up in full Spock regalia only to be mobbed by thousands of fans, eventually having to be rescued from the throng by the local police. It was such a traumatising experience that Nimoy decided never again to appear in character in public. 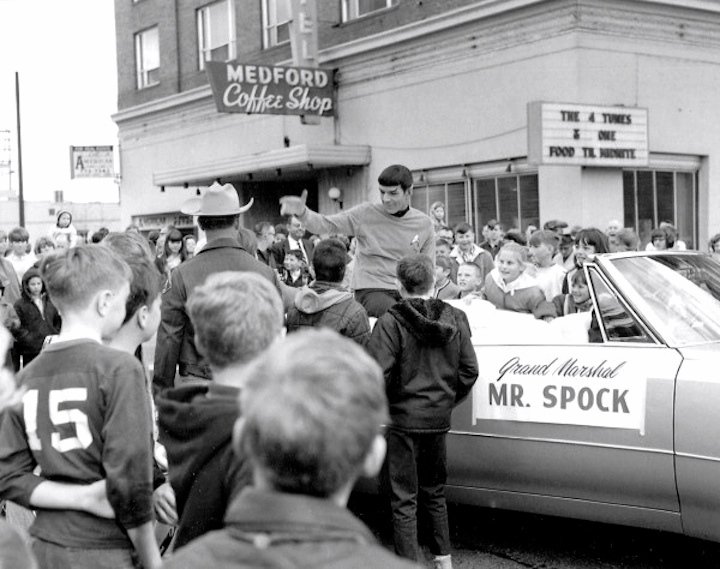 Leonard Nimoy in costume as Lieutenant Spock as the Grand Marshall of the 1967 Pear Blossom Festival in Medford, Oregon

Nimoy and Spock were the obvious subjects of the early Trek fandom. Just months after Nimoy’s first encounter with fans, many of them gathered at the 25th World Science Fiction Convention in New York City where Arthur W. Saha, then editor of the science-fiction line at DAW Books, noted fans sporting homemade Spock ears and in an interview with Pete Hamill for TV Guide first coined the still contentious word ‘Trekkie’. Shortly after the convention, the first Trek fanzine went on sale: a fiction anthology titled Spockanalia entirely written and edited by non-professionals.

Fan fiction is a noble venture that dates back to the very earliest days of science fiction fandom and gave the world more than a few of its most beloved science fiction writers. Star Trek fans were no exception and there was soon a flourishing subculture trading in further adventures of the Enterprise crew. Some went even further, creating new characters, ships and alien races and finding a place for them in the fictional university created by Gene Roddenberry. Strangest of all these literary undertakings were the ‘slash’ fictions pioneered by Trek fan writers (many of them women): homoerotic romantic, and sometimes pornographic, tales that took the Kirk and Spock relationship into areas that would have been unthinkable on American television of the 1960s. ‘Slash’ has subsequently found its way into other fandoms and can be found in a bewildering array of sub-genres, all of them pioneered by the irrepressibly exuberant and unconstrained community of Star Trek fan writers.

Other than its willingness to engage with Trek on a creative level, one of the most notable hallmarks of Trek fandom, particularly in its earlier years, has been its willingness to take up arms for the show, to mount high-profile shows of support. As early as 1968, 200 Trekkies from Caltech marched on the offices of series broadcasters NBC as a show of support for the show’s renewal. A successful campaign led by fans Bjo and John Trimble has long been credited with keeping the original series on the air, giving it a third season in 1969 when its home network, NBC, was happy enough to let it fade away after just two. Indeed NBC were so taken aback by the sheer volume of letters they received from irate fans, fearing that the programme was coming to an end, that they were forced to broadcast a special announcement that the programme would be returning and could people please stop writing to them. 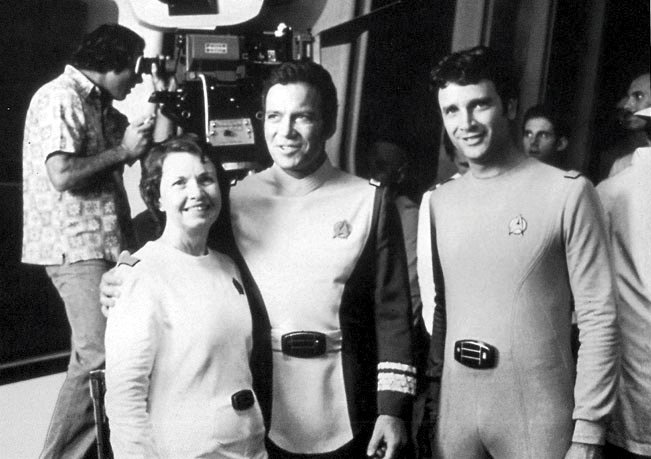 The Trimbles, particularly Bjo (who helped somewhat to dispel the still-heard jibe that all science fiction fans are men: Star Trek has traditionally had a larger female fan base than almost any other fandom, only recently challenged by the revived Doctor Who) were key figures in Trek fandom throughout the 1970s, leading a successful campaign to have NASA name their first space shuttle Enterprise, publishing several fanzines and newsletters and writing the definitive guide to the making of the original series, Star Trek Concordance. In those pre-internet days the fanzine and the written letter were the fans’ chosen channels of communication and were also wielded as their most potent weapon: a second letter-writing campaign in the mid-1970s rescued Star Trek from television syndication, arguably creating the foundations on which the subsequent franchise was built.

As a result of the campaign a second series, Star Trek: Phase II, was promised, only to be abandoned following the success of Star Wars (1977), which prompted the Enterprise crew to cross over to the big screen instead. The Trimbles, along with other key players in 70s Trek fandom, were subsequently rewarded with extra roles in Star Trek: The Motion Picture (1979), appearing in the scene in which Kirk (William Shatner) addressed the ship’s crew prior to its departure.

The Motion Picture may have disappointed many, fan and non-fan alike, but its commercial success paved the way for further, better regarded films and eventually a second television series, Star Trek: The Next Generation (1987-94), which saw a second generation of fans emerge and almost immediately embrace technologies that the first wave of fans could only have dreamed of as part of the original series. Fan edits of favourite episodes and even increasingly elaborate original productions flourished as home-video equipment became more readily available, and the early days of the internet were dominated by Star Trek fans. In May 2012 Guardian writer Damien Walter noted that “the 50 per cent of the early world wide web that wasn’t porn was made up of Star Trek: The Next Generation fansites”. It was a joke, but it wasn’t all that far from the truth.

Creative, passionate and quick to adopt new technologies to help them disseminate information and propaganda about the various incarnations of Star Trek, fans have long been a positive force in keeping alive one of the more enduring modern cultural icons. But it came at a price. Stereotyped, mocked and frequently vilified, fans of all stripes have long had a rough ride with the unconverted (the ‘mundane’, in sci-fi fan parlance), but Star Trek fans seem to have borne the brunt more than most. As early as 1975, Barrie Hale, interviewing Shatner in the Calgary Herald, dismissed the fans as “geeks” and described them as “smelling of assembly-line junk food, hugely consumed; the look is of people who consume it, habitually and at length: overfed and undernourished, eruptive of skin and flaccid of form, from the merely soft to the grotesquely obese… The facial expression is a near sultry somnolence, except when matters of Star Trek textual minutiae are discussed; then it is as vivid and keen as a Jesuit Inquisitor’s.”

It was a stereotype that was to prevail. While it was deemed socially acceptable for sports fans to don the kit of their favourite team and sing loudly in their support, Star Trek fans’ penchant for dressing in home-made Starfleet uniforms and engaging in ‘filksinging’ – a form of songwriting unique to science-fiction fandoms in which pieces are composed entirely around the writer’s love of a particular fandom – has earned them nothing but derision. Matters were hardly helped when Shatner himself infamously appeared to mock his own fan base on Saturday Night Live, exhorting them to “Get a life!” The stereotype of the Star Trek fan as the overweight, socially inept man living in his parents’ basement, venturing out only to attend conventions and obsessing over the tiniest bit of trivia on the internet, is a grossly unfair one that has proved to be hard to shake.

Yet despite all this Star Trek fandom has endured, even thrived, and continues to do so 50 years after the original Enterprise embarked on its first five-year mission. In many ways the fans ‘won’. ‘Nerd culture’ is now virtually indistinguishable from the mainstream. The Star Trek franchise has endured like few others (the film franchise has been successfully rebooted – though not universally liked by long-term fans – with a fourth film in the early planning stages, and the men and women of Starfleet are about to return to the small screen with the video-on-demand series Star Trek: Discovery). And an army of fans who grew up in thrall to the various incarnations are now active not only in Hollywood – various incarnations of the television series have used fan submitted scripts and the successful big screen relaunch was overseen by J.J. Abrams, a life-long fan – but in the United States at large, after Barack Obama ‘outed’ himself as a Trekkie. 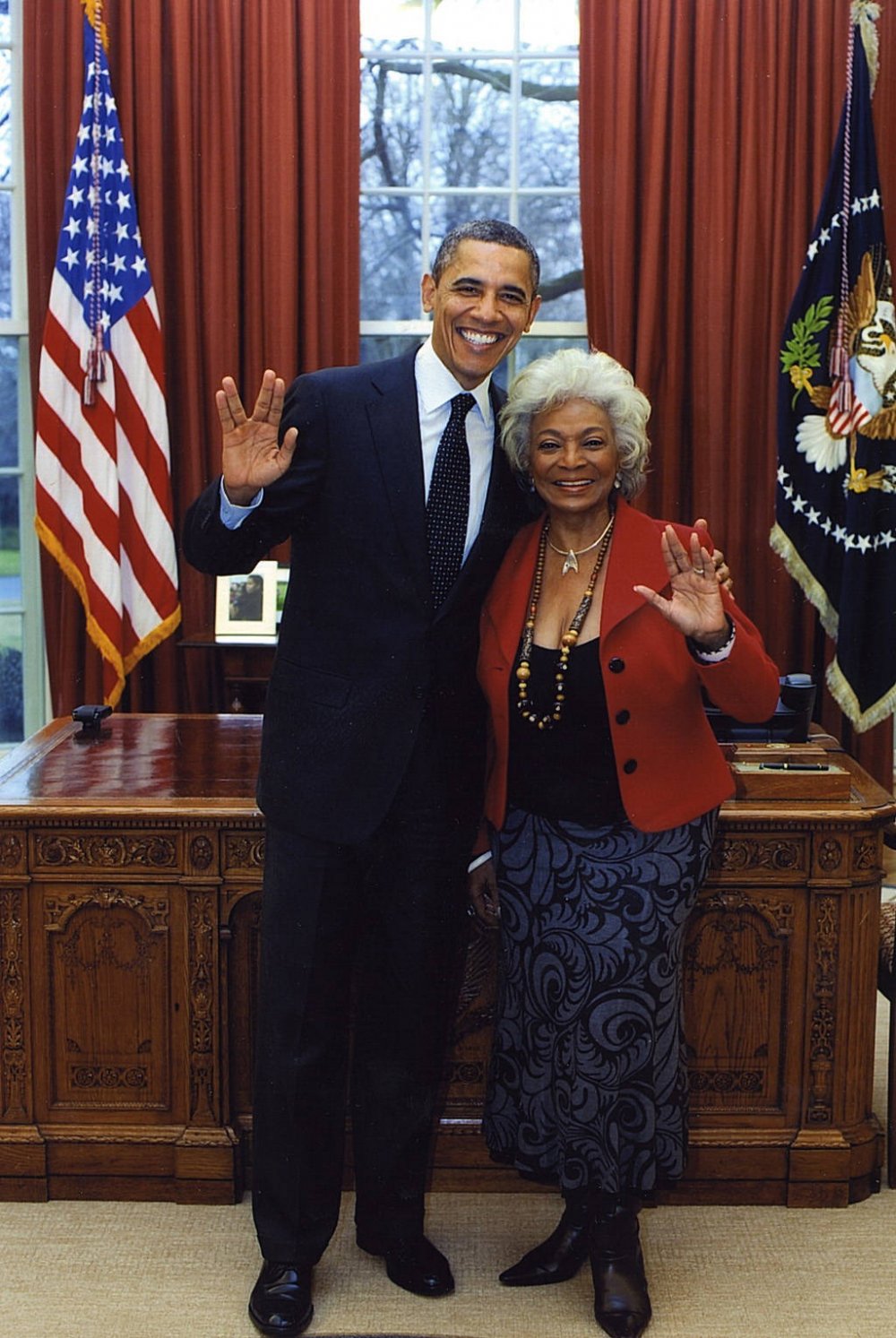 It’s a passion that shows little sign of abating, and with a new generation of Trekkies born of the revived film series there’s little reason to doubt that this most resilient and passionate of fandoms won’t be around for many more years to come.

Related to Where no fan had gone before: 50 years of Trekkies