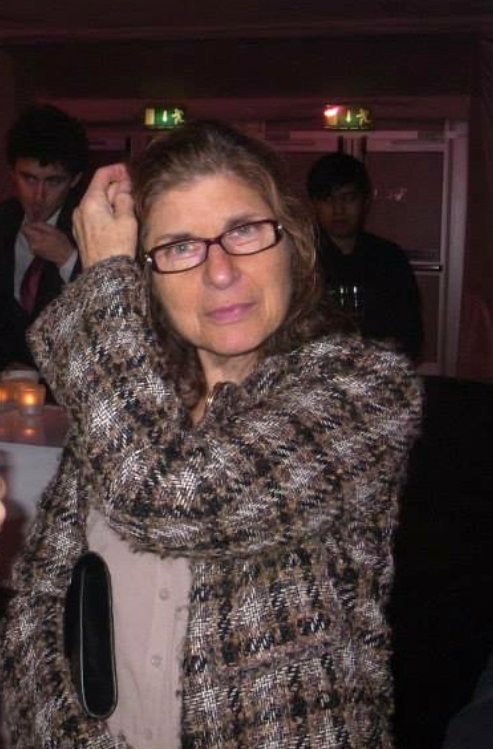 Pam Engel at a London Film Festival party in 2012

Pam Engel, who died last Saturday aged 82, was undoubtedly one of the most important and influential figures in British distribution and exhibition of the last four decades. From 1976, when she and her first husband Andi Engel founded Artificial Eye, until just a couple of years ago, when illness meant that she had to take a back seat to her subsequent partner (and eventually husband) Robert Beeson in the running of their company New Wave Films, Pam’s enduring passion for film, her excellent taste in movies and her keen eye for interesting work by promising new filmmakers ensured that she was right at the forefront of shaping arthouse sensibilities in Britain.

Born Pamela Balfry in 1934, Pam worked as a secretary to Sight & Sound editor Penelope Houston in the early 1960s. But it was a few years later, while she was assistant to London Film Festival director Richard Roud, that she first met film critic Andi Engel. By all accounts Engel was profoundly smitten; at any rate he presently followed Pam to England, and they married in 1969. They also set up Politkino, to distribute films of particular political or cinematic interest, and in 1973 the company merged with the Other Cinema. 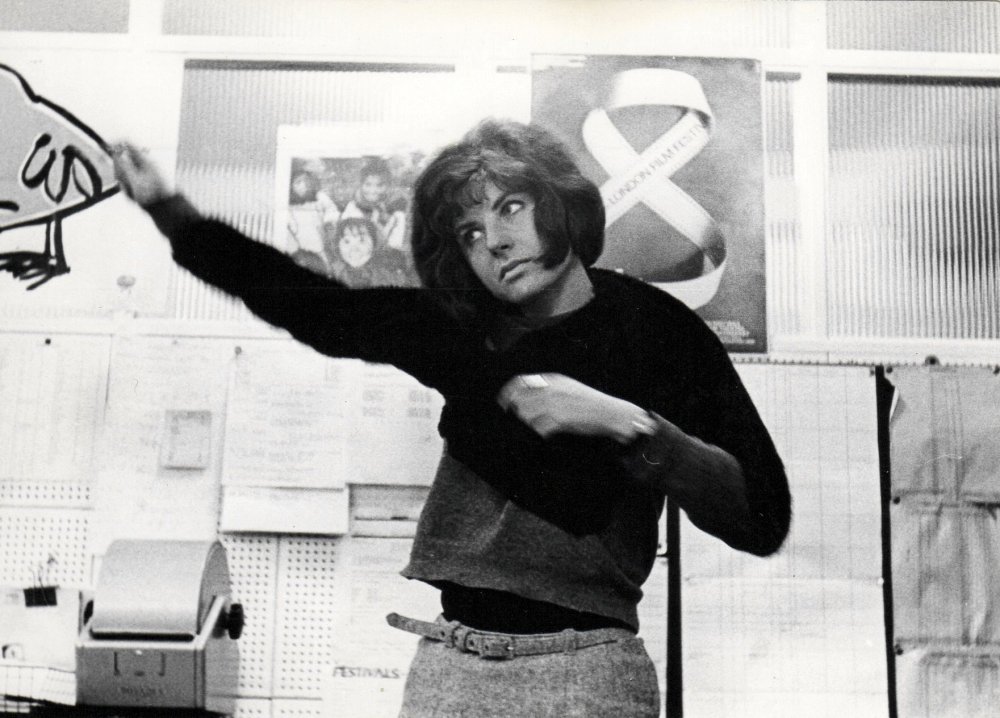 It was 1976 when things really began to take off. The couple set up the distribution company Artificial Eye, and after a series of highly successful, long-running releases at Oxford Street’s prestigious Academy Cinema – the first being Theo Angelopoulos’s The Travelling Players – the Engels were able to open their own cinema, the Camden Plaza, where revivals of classics like Ophuls’ Lola Montès and Melville’s L’Armée des ombres were mixed in among the new releases. Pushing ahead of competitors like Cinegate and Contemporary Films, Artificial Eye took over the Odeon St Martin’s Lane and rebranded it as the Lumière, central London’s largest, most ambitious arthouse venue; it became the place to go, and had a huge, record-breaking hit with Rappeneau’s Cyrano de Bergerac in 1990, by which time the company had also successfully opened the Chelsea and Renoir cinemas.

Since it was Pam who oversaw the programming of all four cinemas, she exerted an enormous influence over what the capital’s cinephiles saw; but since she was also involved in the acquisition and distribution of titles – and this at a time when video and DVD were taking hold – her affect on film-watching throughout Britain was considerable, too. Through both Artificial Eye and New Wave, set up in 2006 after Curzon took over Artificial Eye and she and Beeson left to regain their independence, Pam was instrumental in helping UK audiences to discover the likes of the Taviani brothers, Jane Campion, Jacques Rivette, Eric Rohmer, Krzysztof Kieslowski, Nanni Moretti, Béla Tarr, the Dardenne brothers, Nuri Bilge Ceylan, Patricio Guzmán, Abderrahmane Sissako, and many more. 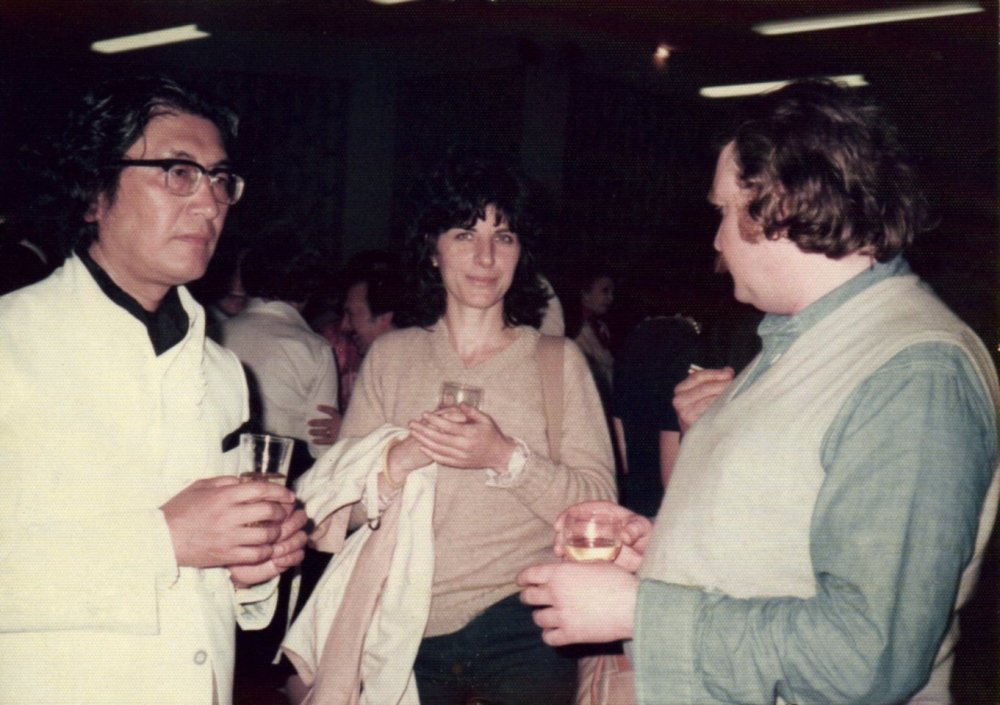 On first encounter, Pam might seem a typically sweet English rose, but she was in fact a canny, sharp-witted and extremely strong-willed businesswoman; I know from my many years’ experience as film editor of Time Out just how persistent and persuasive her phone manner could be. She was, however, always motivated by her eagerness to do the very best for the films she was buying and screening; and her love of cinema was informed by a very deep understanding and very broad knowledge of film as an art form. One could – and happily would – talk movies for hours with her. No wonder so many of the filmmakers whose work she had promoted were keen – and proud – to have movie after movie handled by the Engels and Beeson. 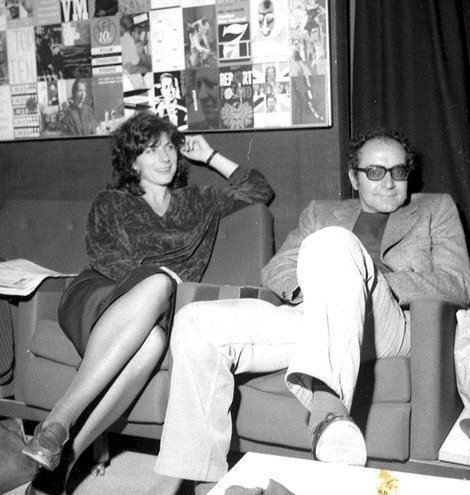 Pam Engel with Jean-Luc Godard in London in the 1980s

Pam was long a fixture on the UK film scene, and her absence, due to illness, from screenings of films old and new over the last two years had already been regretfully noticed. She will be greatly missed by very many people, but we are fortunate that her legacy – both the availability of the films she purchased and promoted, and the film tastes of all those who enjoyed, appreciated and learned from the fruits of her efforts – is still with us.

Related to Pam Engel obituary: a fount of British cinephilia