Clyde Jeavons on the BFI archivist turned committed and ground-breaking writer and programmer who brought the London Film Festival to a wider public. 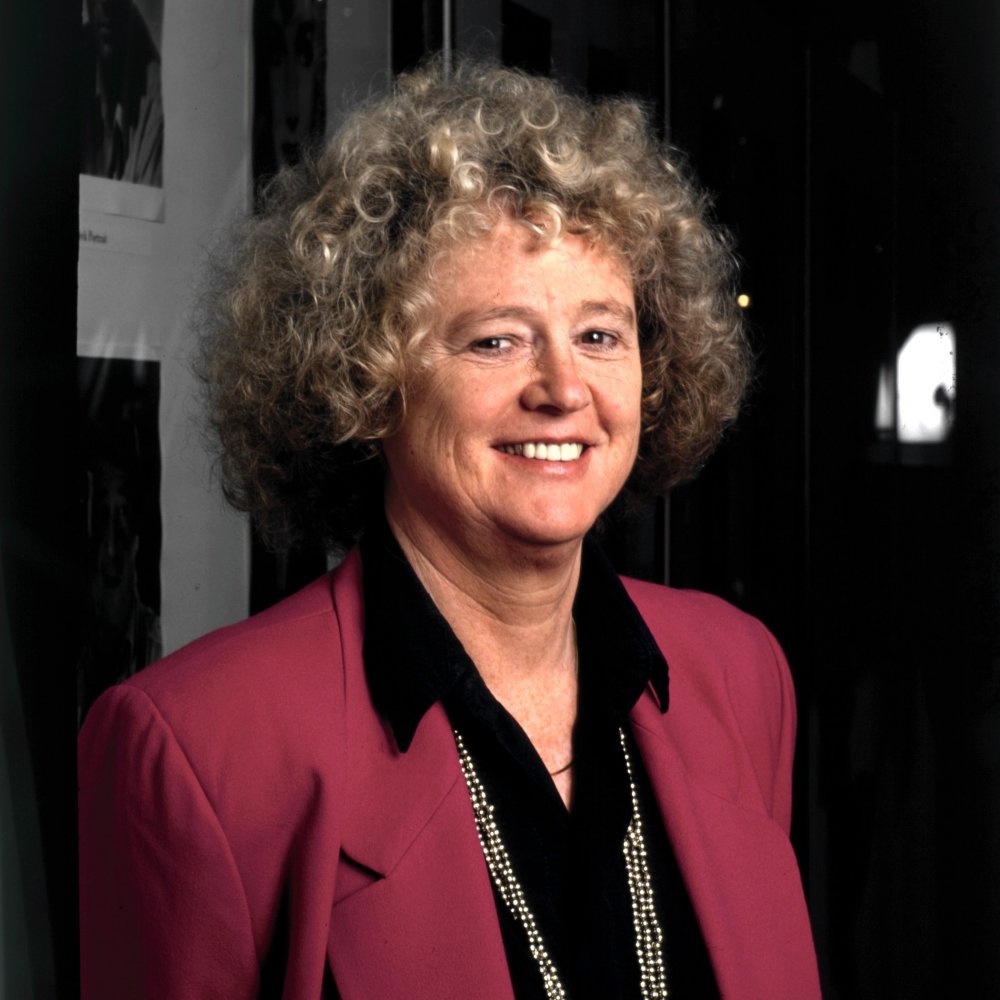 Instantly recognisable by her inextinguishable mop of curly hair, Sheila Whitaker – who has died cruelly, aged 77, from motor neurone disease – was a respected film programmer of international status, and a popular figure at every festival and screening event she hosted or attended. An alumna of the British Film Institute, she eventually discovered her niche role nine years ago at the then newly-created Dubai International Film Festival, where she became its distinguished Director of International Programming until her death, fulfilling a burgeoning interest in the cinema, politics and culture of the Middle East.

She was, in the words of the Dubai Festival’s Artistic Director Masoud Amralla Al Ali, “meticulous, clear, opinionated, professional and passionate… [dedicating] her life to understanding the emerging cinema.” She was a founder, too, during this time, of the Palestine Literature Festival (Palfest), aimed at bringing together Palestinian and international writers.

Sheila and I became colleagues and close friends almost 45 years ago when I joined Ernest Lindgren’s National Film Archive (now the BFI National Archive) as Head of Acquisitions. Sheila ran the Archive’s extensive collection of stills, posters and original designs, which Lindgren saw as an important and integral part of the NFA’s preservation function. As a result, Sheila never lost sight of the ethical needs of film conservation, which she continued to support through her programming.

After a spell as co-editor of the radical cinema journal Framework, and founding editor of the Arts Council-funded publication Writing Women, Sheila was made director, in 1979, of Newcastle’s Tyneside Cinema, a BFI-supported regional film theatre, where she established the Tyneside Festival of Independent Cinema, laying the groundwork for her subsequent career path. One of her award jurors (for best film) was Julie Christie, who became a lifelong personal friend – as did another of her acting idols, Delphine Seyrig. 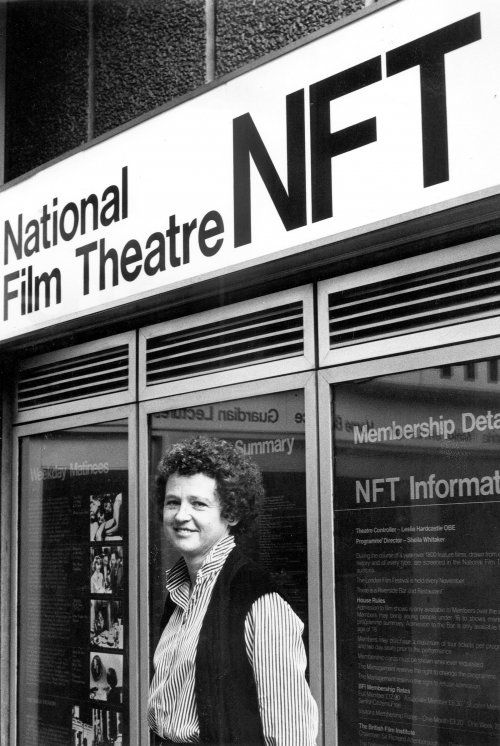 Sheila’s success at Tyneside landed her the job, in 1984, as Head of Programming at the BFI’s National Film Theatre (now the BFI Southbank), working for its eccentric and charismatic manager Leslie Hardcastle. This was coupled with running the BFI’s London Film Festival, which she eventually took over full-time (from 1987 to 1996). Her programming of world cinema was adventurous, eclectic, scholarly, ground-breaking and politically conscious. She was an unswerving feminist, supported women filmmakers and championed the liberal and subversive cinema of oppressed nations, sometimes drawing vitriolic fire from conservative cinephiles.

At the same time she revealed an unfettered love of Hollywood – especially westerns, thrillers and screwball comedies – and was fascinated by its subtextual iconography, particularly as personified by mega-stars such as Cary Grant, Katharine Hepburn and Doris Day. In recent years, she and I were developing, with Bryan Forbes, a major documentary series, to be called ‘The Big Picture’, composed simply of lengthy, archivally-targeted career interviews with veteran stars. Typically, the first subject was to be Jean Simmons. She was an enthusiastic and long-serving obituarist for the Guardian, her late subjects ranging from Howard Keel to Arthur Penn and (her last piece) Ray Harryhausen.

Sheila also had a deep affection for Borehamwood, and engaged me to choose new British films for the festival. Together we recognised the zeitgeisty potential of Withnail & I, which had befuddled its distributors, and we premièred Mike Leigh’s triumphant first theatrical feature in 17 years – after Bleak Moments in 1971 – High Hopes, when virtually the entire cast took to the stage. One of them, veteran actor Edna Doré, embarrassed Mike Leigh with a public eulogy in praise of his directorial methods. (It also amused Sheila to have me arrange the guest lists for Leslie Hardcastle’s legendary, hysterical and highly-coveted thrice-weekly festival lunches, a qualifier for Your Worst Job…) 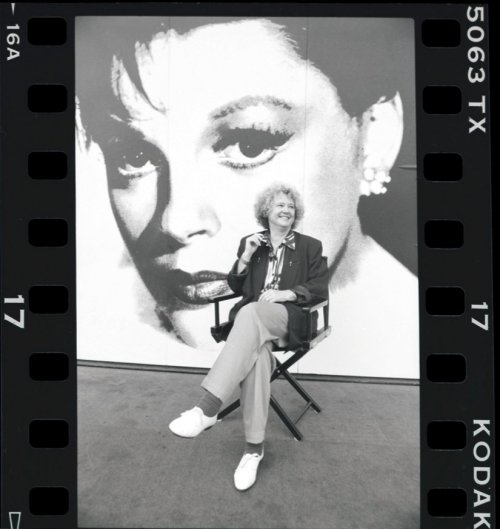 Sheila’s major achievements at the LFF were (a joint suggestion, I have to say) to transfer the opening-night gala from the restrictive NFT to a West End venue, a precursor to expanding much of the programming away from the mainly-membership confines of the NFT to the public arena; and introducing, for the first time in a mainstream festival, restored films from the NFA collection – and, later, from international archive collections – to give retrospective enrichment to the festival programme. This remains a standard feature of the LFF after 30 years, now copied by Cannes, Venice and Berlin.

Sheila’s eventual, defining route to Dubai after she left the BFI in 1996 included public arts charity administration, documentary development and stints on festival juries, but more importantly, the editing of two key published works, Life and Art: The New Iranian Cinema and An Argentine Passion: The Films of Maria Luisa Bemberg, opening up some of the new horizons she was to explore in Dubai.

Sheila was a very private person, sometimes (particularly when making her way in the 1980s and 90s) mistaken as severe: perhaps because of her unshakeable personal and political convictions, forcibly expressed, and her uncompromising programming choices. But she was in reality warm, generous and filled with laughter, always ready to down tools, uncork a bottle of something decent and bandy film titles or trash institutional bureaucracy over a good meal. Her dinner parties, held in the vast below-stairs kitchen of the period house she co-owned in Barnsbury, north London, where the famous mixed with her closest friends, will remain a cherished memory; as will my all-too-infrequent brunches with her in Ottolenghi’s, her favourite social venue in the latter years.