The idea and the image: Cambridge Film Festival 2018

This year’s festival drew large crowds to see a diverse range of international films, many of which wrestled with the ethical questions haunting revered works of art – while others, perhaps wisely, chose not to. 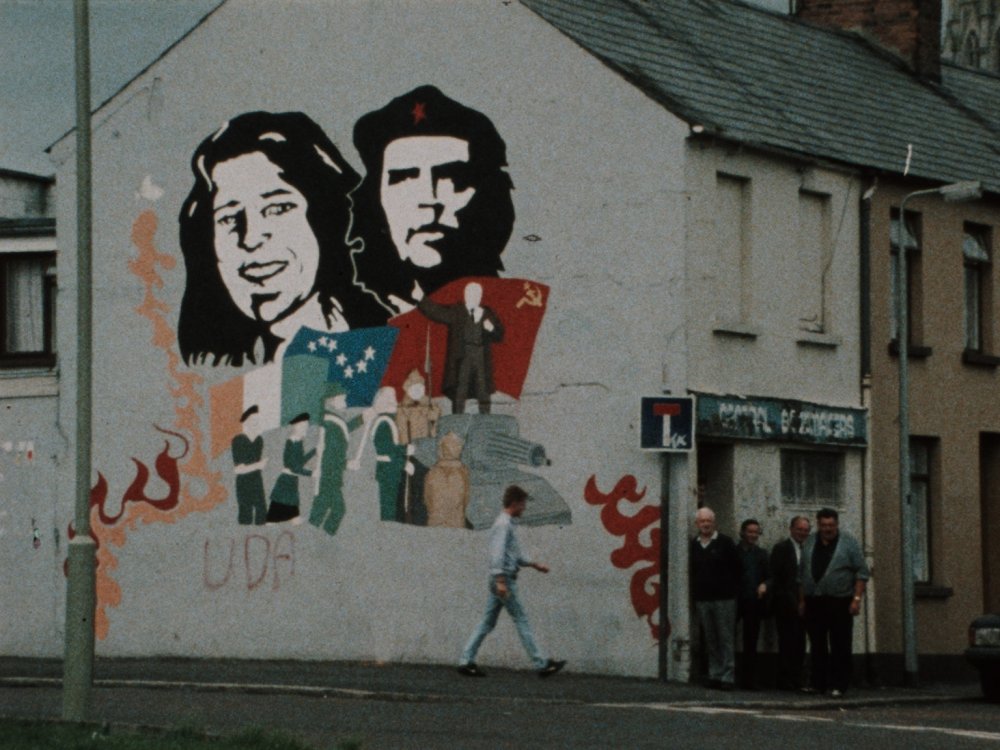 The Cambridge Film Festival has had to skip around the calendar over the past decade, from July to September to October, hoping to dodge the leviathan that is London as it moved in the opposite direction. Just as London has reversed course, Cambridge seems to have settled in, despite the near-clash, attracting on its third go in the October slot a noticeably larger crowd than in the previous two years. It does well to pick up UK premieres which London misses, particularly in nonfiction; at the same time, arthouse exhibition being what it is, Cambridge offered what may be one of crazily few chances to see big international festival films – Roma, most strikingly – on the big screen. It also consistently rivals or bests London in revivals, this year offering a mini-retrospective of Lois Weber.

Do good images need good ideas behind them? The Marquis de Wavrin, a Belgian aristocrat, fled Europe – and justice – in 1913 for South America, venturing deep into the interior, where over the quarter-century that followed he made a series of extraordinary documentaries about the indigenous population.

The argument of Grace Winter and Luc Plantier’s film Marquis de Wavrin: From the Manor to the Jungle is that De Wavrin, being without significant commercial or colonial interests, adopted a less ethnocentric perspective than his better-known peers, such as Robert Flaherty, and did not set out to exoticise the people he filmed. Excerpts from his writings reveal a mixture of old romantic and modern relativist. There is no doubt that he won the trust of those he met, and wanted to record the everyday as well as what appeared sensational to Western eyes; nonetheless, the presence of the camera turns everything into a performance.

Marquis de Wavrin: From the Manor to the Jungle trailer

Filmed among the indigenous population of present-day Greenland, Lasse Lau’s Lykkelaender, aka The Raven and the Seagull, takes this into account and does so consciously; so far as is possible, it is filmed ‘with’ its subjects. In one tricksy scene some of them, including one who is revealed to be a veteran of Borgen, comment on the rushes, and their own role-playing in the film so far.

Lykkelaender, aka The Raven and the Seagull trailer

Eastern Memories, meanwhile, directed by Niklas Kullström and Marti Kaartinen, uses the writings of an explorer of De Wavrin’s generation – the Finnish linguist G. J. Ramstedt – over images of the lands he visited, mostly in Mongolia, while Mongols of the present tell the story of his and their countries, strangely entwined at opposite ends of the Russian empire. However sophisticated they may be in their approach to the non-Western world, much of the impact of all three films, as was identically the case a hundred years ago, when De Wavrin began using a film camera, comes from the spectacular, stirring presentation of inhospitable land- and seascapes.

No one could accuse the late documentarist Arthur MacCaig of excess sophistication. He arrived in Northern Ireland from the US in 1972, by his own inconsistent account knowing either nothing other than what the pro-British media had told him, or the quite different but equally simplistic story he had absorbed during his upbringing among the Irish-American community in New Jersey. At any rate he became an avowed IRA supporter, and – from his base in Paris – used his access to capture on film and video some remarkable footage of the Provos’ armed struggle from their own side, the best-known result being The Patriot Game (1978). Directed by his Dublin-born son Donal Foreman, The Image You Missed makes excellent use of MacCaig’s archive, but, focusing on MacCaig’s failings as a father, it only tentatively addresses his politics.

The Image You Missed trailer

Ruth Beckermann’s Waldheim Waltz is a not dissimilar case, though most of its images are taken from contemporary television broadcasts. The story it tells may not be familiar: during his campaign for the Austrian presidency in 1986, former UN secretary-general Kurt Waldheim was revealed to have lied about his war record, in particular denying knowledge of the extermination of the Jewish population of Salonika, where he was based, and playing down his involvement in the savage anti-partisan campaigns in Axis-occupied Yugoslavia.

Beckermann was around at the time, sometimes filming, sometimes not. “Either you document or you protest,” she remarks at one point. The Waldheim revelations were especially explosive because, officially, post-war Austria imagined itself as the ‘first victim’ of Nazi Germany. And yet Waldheim romped home and held the presidency for six years. For Beckermann, this fact speaks for itself.

Margarethe von Trotta’s Searching for Ingmar Bergman also has an element of autobiography – it was her exposure to Bergman’s films, in Paris, around 1960, she says, that set her on her path to the director’s chair. Her documentary is not for beginners, and is all the better for it, assuming an acquaintance with the films, and even with the life story, that even reasonably committed cinephiles – me, for instance – may not necessarily have. Better to have to play catch-up than make everything basic.

Von Trotta’s interviewees include those closest to him, including Liv Ullmann, as well as younger admirers such as Mia Hansen-Løve. The film was a commission; pleasingly, von Trotta says she was unsure about taking it on until she saw that Bergman had included her film The German Sisters (1981) on a list of his 11 favourites – the only one directed by a woman or living person. But then why 11? Centred on Bergman’s tax-exile years, von Trotta’s film doesn’t ignore Bergman’s personal shortcomings, but eschews the hypocrisy of the zeitgeist.

The Catalonian feature Miss Dali, by contrast, focuses almost exclusively on a Great Artist’s shortcomings; only at the very end of this long film, quite unexpectedly, does anyone says that his flaws are as nothing next to the art, which it scarcely shows nor seeks to honour in spirit, but apparently does assume we admire. The titular character is Salvador’s sister and first model Anna Maria, played in the present – not well or explicably – by Siân Phillips, as she relates her story to an interviewer played by Claire Bloom. Young Dali is shown as a poseur who disrespects his own mother to win the attention of jaded Parisians, believing that that’s what Great Artists do. During the Civil War Anna Maria gets tortured by the Republicans while the famous Dali keeps right out of it. Later he is blamed for having Luis Buñuel kicked out of the US. There is a more biting comedy to be made with this material.

Among the features, the best UK premiere I saw was Ioana Uricaru’s Lemonade, an immigrant melodrama that doesn’t let up. Malina Manovici plays a Romanian nurse in the US, married to one of her patients, and trying to win a green card. It begins with her being vaccinated without consent (“It’s free”), and goes downhill from there, almost to the bottom, stopping abruptly, as if the tension is too much.