Once regarded as one of America’s finest directors, Lois Weber was all but written out of film history. Now – with two of her works on Blu-ray and upcoming screenings in Cambridge and Bath – we can see what the fuss was about. 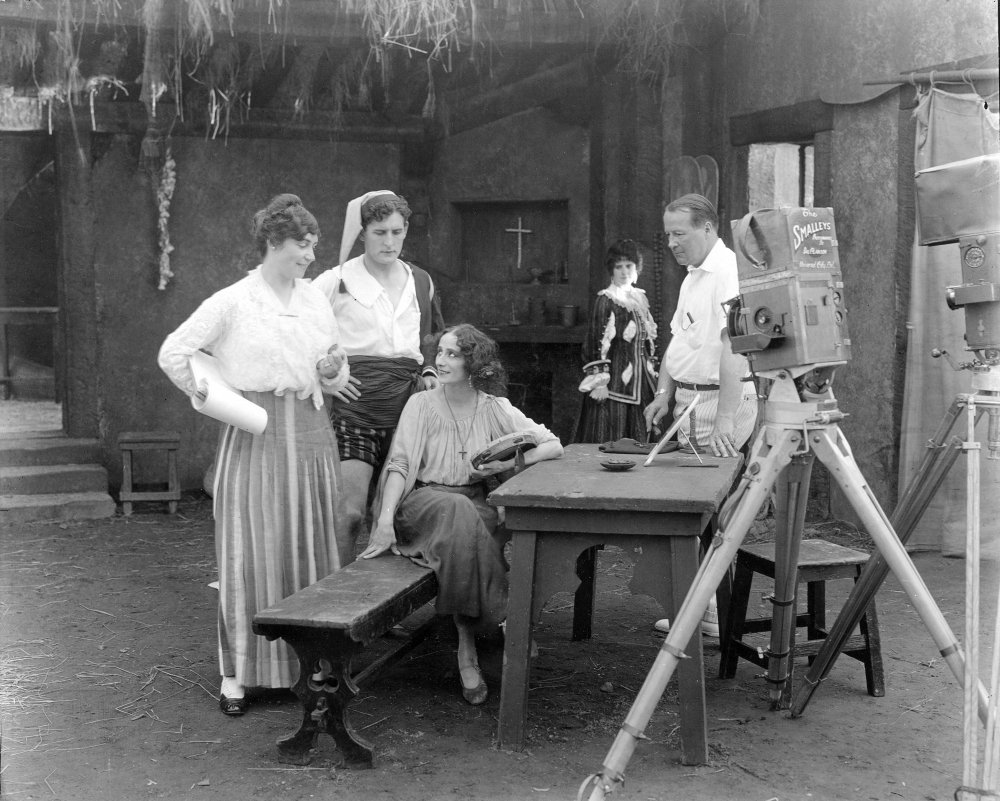 Lois Weber (left) on the set of The Dumb Girl of Portici (1916), with star Anna Pavlova

In the 1910s, Lois Weber (1879-1939) was considered one of the most important American film directors, mentioned in the same breath as D.W. Griffith and Cecil B. DeMille. In the century since, like so many early female filmmakers, she has rarely even been mentioned in histories of silent cinema, and it hasn’t always been easy to see her films. So the release of two immaculate restorations of her most important films on disc by Milestone Films is a moment of sweet triumph. Showcasing different facets of Weber’s passion and creative ambition, these films are a perfect introduction to her work.

Shoes, The Dumb Girl of Portici and 1921’s The Blot screen with live musical accompaniment in a Spotlight on Lois Weber at the Cambridge Film Festival, running 25 October-1 November 2018.

The Blot and 1913’s short Suspense also screen with live music by Lillian Henley and an introduction and Q&A by Ellen Cheshire and Pamela Hutchinson on 5 November at the FilmBath Festival (1-11 November 2018).

Shoes, The Dumb Girl of Portici and The Blot are available on Blu-ray and DVD from Milestone in the US.

The films date from 1916, a decade into Weber’s career. She began working in the movies in 1907, alongside her husband Philip Smalley. Both acted and directed; Weber also wrote screenplays. At a time when cinema had a dubious reputation, their relationship was a marketing boon – surely a respectable, middle-class married couple would make the sort of films that respectable, middle-class families would be happy to watch. Weber herself came from a very religious family, and had been heavily involved in the Church Army.

At the Gaumont studio, Weber was mentored by Alice Guy-Blaché, one of the world’s first film directors; later, Weber continued to encourage and mentor other young women in the industry. In 1912 Weber and Smalley moved to the Universal studio, where they were given control of the Rex brand, initially making short one- or two-reel films but soon moving on to more ambitious fare, such as a feature-length adaptation of The Merchant of Venice in 1914 (a lost film). 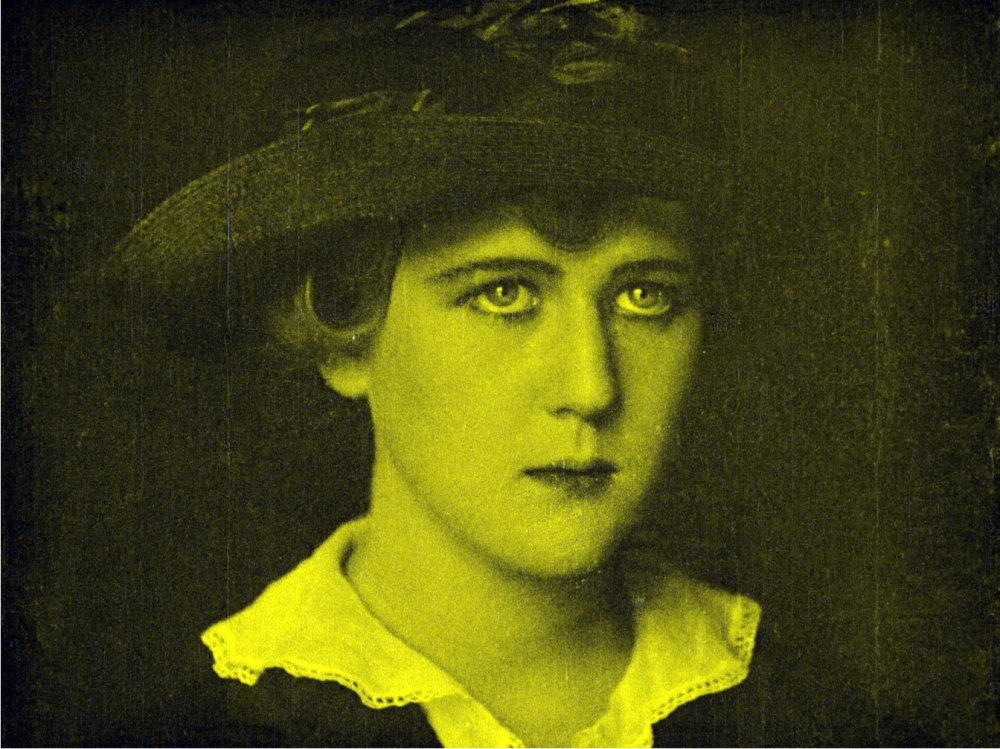 Shoes, the shorter of the two Milestone films, stars Mary McLaren as Eva, a cashier whose meagre wages must support her entire family: her younger sisters, her frugal mother and idle father, who all live together in a cramped tenement flat. At this time, Weber was Universal’s highest-paid director, and she was determined to use her platform to speak up for women less fortunate than herself. In an interview to promote the release of Shoes, she said: “I did missionary work in the slums of New York… especially among young girls… I know them and their problems, and not a few of my stories have been suggested by incidents recalled from those early experiences.”

Eva’s father’s idleness and greed means that she can’t afford to replace her shoes, which she has worn to destruction going to work each day. Her only option is to accept the advances of a sleazy loiterer called Charlie – a chilling fantasy sequence makes clear what this moral compromise means for Eva’s future. It’s a haunting film, shot with great care for the nuances of McLaren’s intelligent performance and with a sharp attention to the details of Eva’s penury, her attendant mortification and the insidious nature of her dilemma.

Extras on the disc include an invaluable commentary track by Shelley Stamp, a demonstration of the remarkable restoration work, and a sensitive score by Donald Sosin and Mimi Rabson. Most intriguingly, the disc includes The Unshod Maiden (1932), the sneery sound rerelease of Shoes, which adds a joky voiceover to poke fun at Eva. An interview with the film historian Richard Koszarski explains exactly what this kind of spoof was all about. 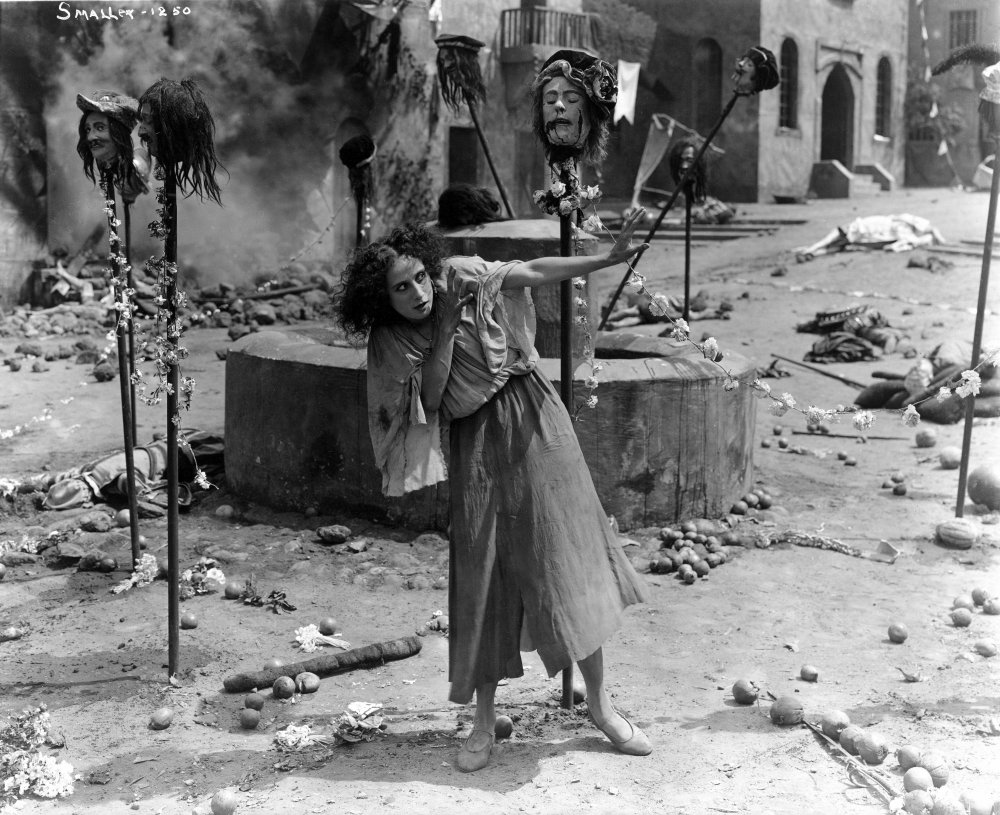 The second film is a jewel in silent cinema history. Carl Laemmle once said he “would trust Miss Weber with any sum of money that she needed to make any picture”, and The Dumb Girl of Portici was the most expensive project Universal had ever taken on. Thanks to this title, starring none other than Anna Pavlova, Weber may well be the only female filmmaker as yet to have directed a true studio epic. The film – based on Auber’s 1828 opera La Muette de Portici – tells the story of Fenella (Pavlova), a peasant girl in 17th-century Spanish-occupied Naples, who finds herself at the heart of a bloody revolt after being seduced by a nobleman. 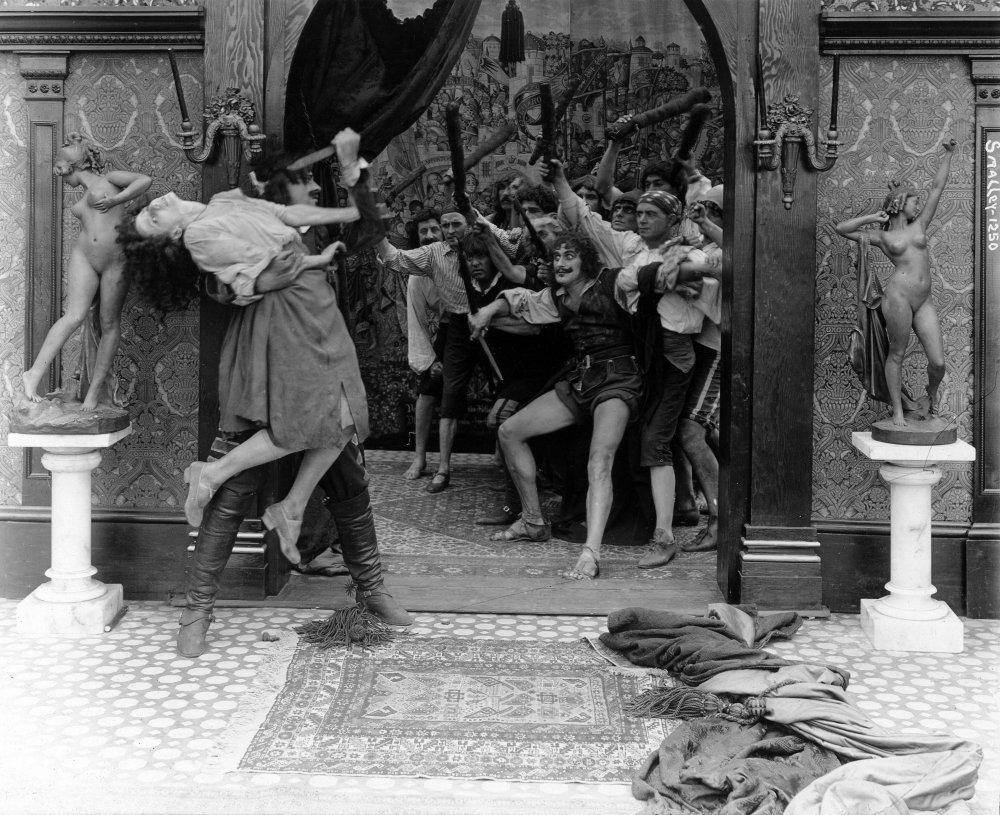 Pavlova is electric on screen, from a haunting prologue in which she dances in white against a black backdrop, to her wild, barefoot scenes on the beach. She’s a remarkably effective dramatic actress too, demonstrating a vivid expressiveness.

The film contains some of Weber’s best work, with thrilling tracking shots through the violence and devastation of revolution. John Sweeney’s gorgeous new orchestral score, which takes inspiration from Auber’s music, underlines the scale of the struggle as well as the smaller human dramas perfectly. Extras on the disc include a 1935 feature-length documentary on Pavlova called The Immortal Swan and rare silent footage of the dancer in action.

With increasing interest in Weber, and more of her films becoming available in such carefully presented editions as these, we can begin to hope she will take back the status she once held. Too much time has already been wasted.