Rooted in anthropology and documentary practices, the distinctive films of the French-Colombian filmmaker and artist explore complicated structures of freedom. 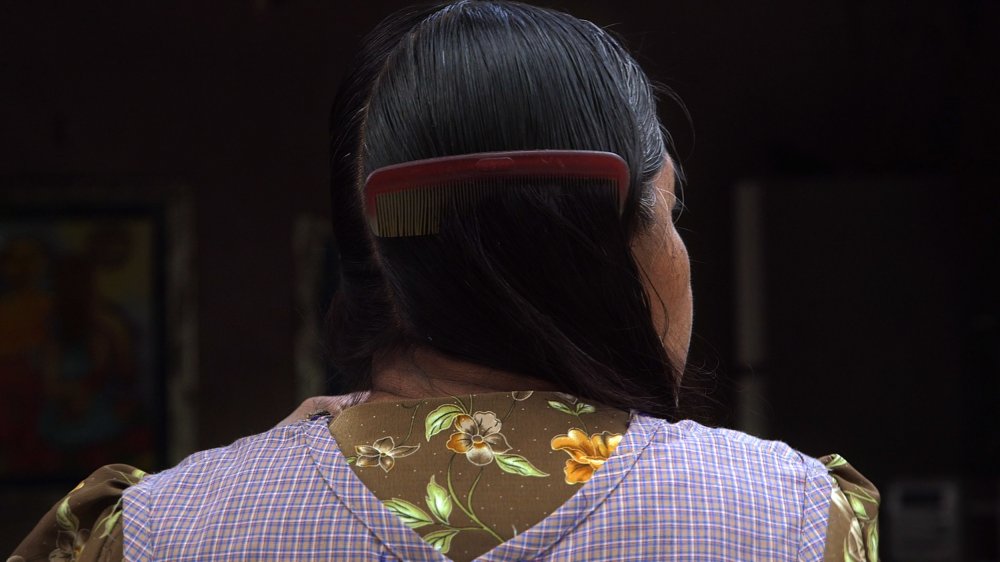 “Freedom: one of those detestable words that has more value than sense; that sings more than it speaks,” writes the essayist and philosopher Paul Valéry in a passage from ‘Regards sur le monde actual’, quoted by the French-Colombian filmmaker and artist Laura Huertas Millán in the production notes for her film La Libertad (2017). The idea of freedom arises frequently in La Libertad, but the role that it serves is not as straightforward as it may first seem.

Millán’s work is varied and singular, a developing practice that has a basis in anthropology and documentary filmmaking but borrows freely from visual art (often rejecting the conventions of all three). Her films mix modes willfully, blending fictitious devices with more traditional documentary techniques, and all hold a strong regard for aesthetics, foregrounding formal concerns while emphasising the role of the camera, and indeed, the filmmaker too. They tend to involve the participants in the process, letting the (primarily female) subjects speak for themselves and allowing them to shape the direction of the story; or use quotation, found-footage, human or architectural actors to introduce extra-textual elements into the film that sit beside that which is being directly depicted. 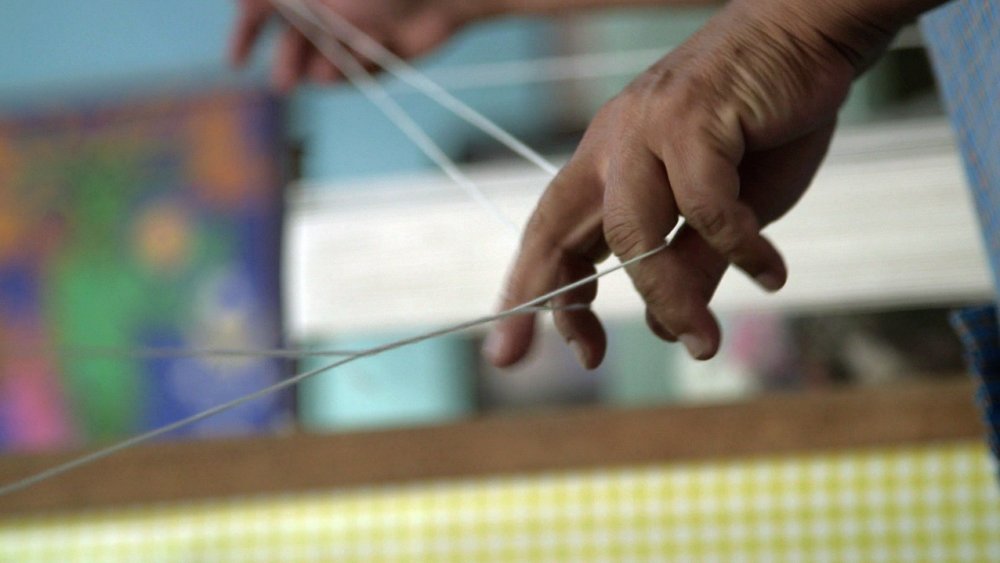 Yet what ultimately connects Millán’s films is the freedom they display – a freedom of form, of content and of influence, compartmentalising or compounding the filmmaker’s studies at Le Fresnoy and Beaux-Arts de Paris in France and Harvard’s Sensory Ethnography Lab; her research into the history of ethnographic representation and experimental filmmaking (and the prizes and pitfalls to be found in both); and the filmmakers own experiences across Colombia, France and beyond, to make something complicated, and something new. As Millán herself writes in those same production notes, “freedom is not an abstract construction […] it is a network, a constellation of decisions, of affective positions, of movements: acts that build an ethic.” It is a great number of things that come together to make something greater still.

It is in La Libertad that the topic of freedom is addressed most directly, introduced by Crispina, part of a family in Oaxaca, Mexico who weave intricate pattern-work with a backstrap loom, a pre-Hispanic technique passed on for more than 500 years. “Weaving is not a job, it’s a part of one’s life”, Crispina says with a smile. “When weaving, in the quietest moments, one is fully entertained, even forgetting the day and the hour.”

But it is not only the craft – depicted delicately through closely captured fixed position photography that flitters over the interweaving strings, recording the intricacy and vibrancy of the fibres and the precise, practiced movements of the weaver’s limber fingers with finesse – that represents freedom for these women, it is the entire structure built around it. Having heard from the weavers, Millán moves then to their brother – whose strange, baroquely erotic paintings offer a contrast, a source of economic support as well as inspiration it seems – and to a textiles museum curator interpreting indigenous art, questioning the international influences on this ancient practice. All things are interlinked then, each fibre interwoven with the value-systems – artistic, economic and historic – it comes to represent.

Yet the family manages to sit adjacent to most of that, managing to just make, and make-do. “You could say that I love freedom,” one woman adds, explaining that the limitations imposed by marriage and the function of this matriarchal group of weavers – non-materialistic and self-sufficient – is somewhat incompatible. “I still haven’t found the person who would let me remain free.” 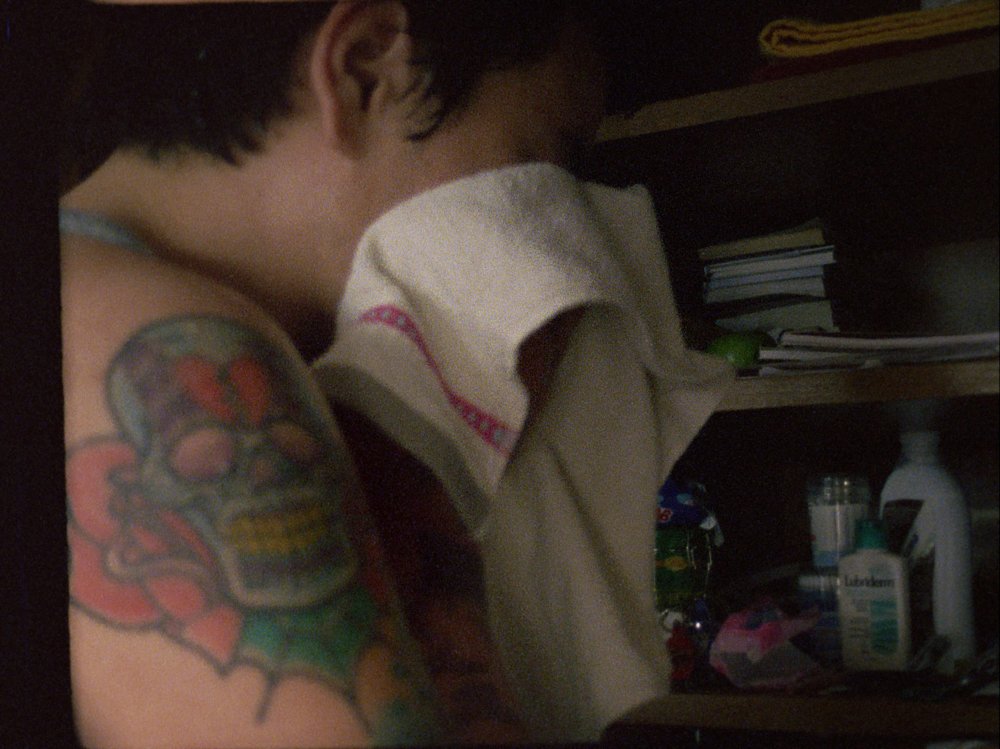 Freedom also appears in jeny303 (2018), as the right to resist classifications and embrace dualities, to leave things loose and boundless. A fractured, fluid micro-portrait of a place and a person, it is – as the title might suggest – both a film about 303, an abandoned university building in Bogotá, Colombia, and about Jeny, a young addict undergoing recovery, flickering between iridescent images of both. Matching Jeny’s splintered syntax with a visual mode that is similarly skittish, Millán interposes the two image sets (corporeal and constructed) to create unconscious harmonies.

From a graffiti’d wall to a tattoo’d back, or a crumbling car park next to track-lines in an arm, Millán draws connections between the two topics that are not forced to cohere. Neither “victim or executioner”, Jeny embraces their own contradictions, detailing how the exploitation they received mirrored some smaller acts of violence onto others, or how their experience of gender remains imprecise, indefinite by design. Millán’s film asserts a similar freeness of form, combining two subjects to show how site and situation can become easily intertwined, memory’s topographies mapped onto a place that is important to them.

A similarly complex subject is seen in Sol Negro (2016), a film in which freedom is again found in the form that the filmmaker assumes – a confident, creative method befitting the specific subject. Featuring the filmmaker’s aunt as lead, it surrounds Antonia, a opera singer experiencing what her mother describes as “repeated thrusts of sadness”, a rising depression of a severity which is only revealed during an extended, evocative mid-film testimony that plays out over the black sun of the film’s title, a solar eclipse providing a most apt visual metaphor for a total blackout of the mind’s affective functions. 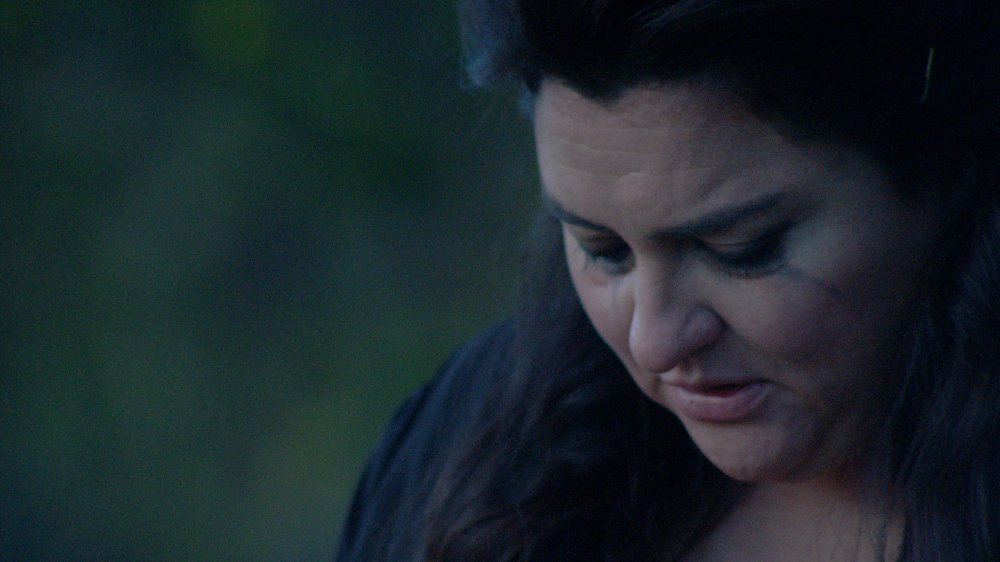 This narrative of despair emerges over a series of interviews with the various family members (including Millán herself) that play out as set-pieces – over dinner, in therapy, or in front of the computer – with more overtly fictitious scenarios spliced in-between observed or arranged ones. Late in, a cut away from continued close-ups towards a wider, more cinematic perspective occurs, displaying Antonia against a pastoral landscape, real-looking but quickly revealed to be a stage. In staging a stage, Millán again uses the film’s form to mirror its message. Just as La Libertad’s textural formalism reflected the tactility of it craft and the commitment of the creators, Sol Negro’s arranged performance displays the fragility of its built reality. Yet, the constructed falsehood gleans a greater truth. The first sight of Antonia performing shows an entirely different side to her. On stage, unrestrained, she is finally free.

An aversion to the constraints of the non-fiction form is something that Millán has been exploring from the start. Two projects preceding the “ethnographic fictions” projects of her PhD both take ethnography as their starting point, before departing from it phantasmagorically, inflecting the predilections of genre film onto observed environments. Journey to a land otherwise known (2011) travels through the interior of a tropical greenhouse in Lille, gliding over the luscious leaves growing inside as a canvas of constructed sound transports the viewer to a more natural environment. Spoken passages from source texts written by colonisers from history are met with a verdant visitor who appears within the glasshouse, green clothed and coated in camouflage, an actualised apparition of the strange “savages” that these authors describe. 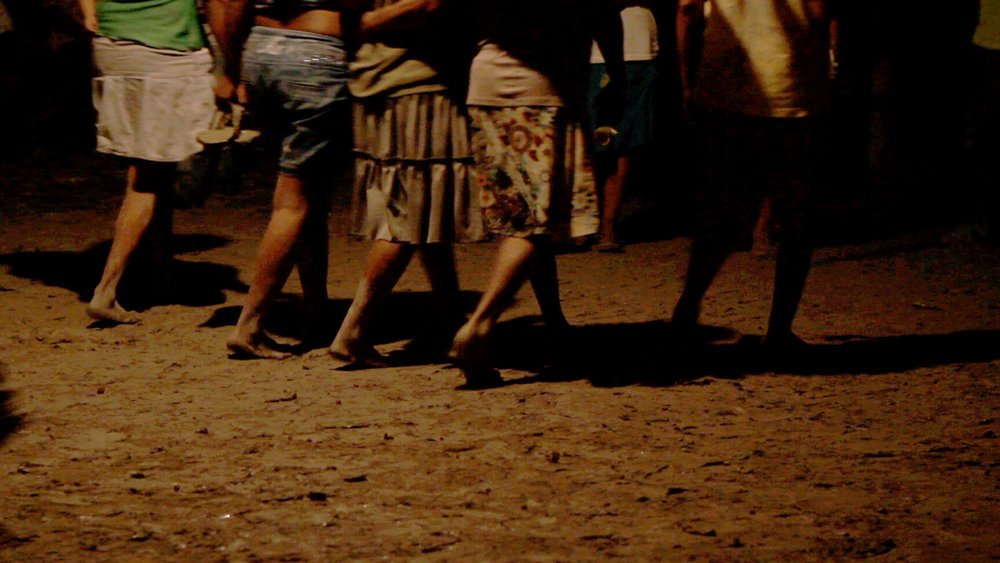 Aequador (2012), meanwhile, floats along a Colombian section of the Amazon River, artificial architectural iconography and constructed Sci-Fi sound invading the frame and disrupting the natural equilibrium. In both films, an expectation of something natural is subverted by overtly fictive elements, literally with the built forms that arise in Aequador and more figuratively in the strange, performative shape that Journey to a land otherwise known and its artificial natural environments eventually takes.

Elements of all of these films converge in Millán’s latest, The Labyrinth (2018), a work which combines reference points and blends aesthetic approaches. Mixing footage cut together from the American TV series Dynasty (1981-89) with recorded material of the crumbling contours of a now faded replica of that show’s central mansion, built by one of Colombia’s most notorious drug barons, here freedom is in resources, and their oft misguided application. Again conflating architectural space with the stories of its inhabitants, Millán creates a patchwork puzzle piece that begins with disjunctive narration from a survivor of this criminal empire overlain over abstract imagery, before collapsing into total abstraction as the narrator’s tale moves from the shadows of this criminal underworld towards the actual netherworld. “I saw death, I saw the earth open and a huge river form,” he recalls, his story transcending his personal exploitation and taking on a mythic quality. 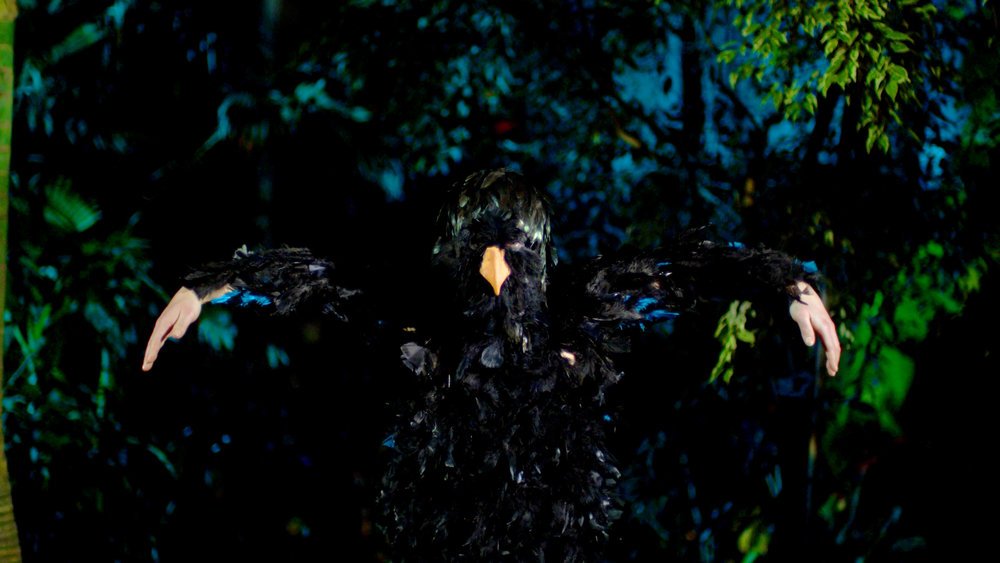 Journey to a land otherwise known (2011)

Here, in direct opposition to the situation seen in La Libertad, freedom comes from capitalist accumulation. Kingdoms are stacked on brick of cocaine, and mirror mansions are built in America’s graven image. But in Millán’s repurposing, where the mansion is ghostly and vacant, and the show’s source clips echo and repeat, the dream has fallen into ruin. Any freedom found has now been lost.

Freedom then can be complicated, but it can be simple too. At the end of La Libertad, Millán returns to the craft again, watching over a weaving workshop, replicating the pleasures of the work with a curious, controlled camera, a series of precise, minimalist and deeply tactile frames, one aesthete channeling another. In the production notes, Millán claims that her purpose with La Libertad became nothing more than “being able to catch that vibratory movement,” the simple yet scintillating “oscillation of the fibres […] Freedom is present in its movement, its rhythm, its delicacy, and its composition by several invisible and virtual filaments: gestures and decisions, acts that do not leave an immediate trace.”