What do you do with your revolution? Rocky Road to Dublin versus 1968 Ireland

A scathing portrait of Ireland’s squandered independence, Peter Lennon’s state-of-the-nation documentary was launched into the fervour of the 1968 Cannes Film Festival, then – proving its point – was suppressed at home. Fifty years on, is the Ireland it wanted finally emerging? 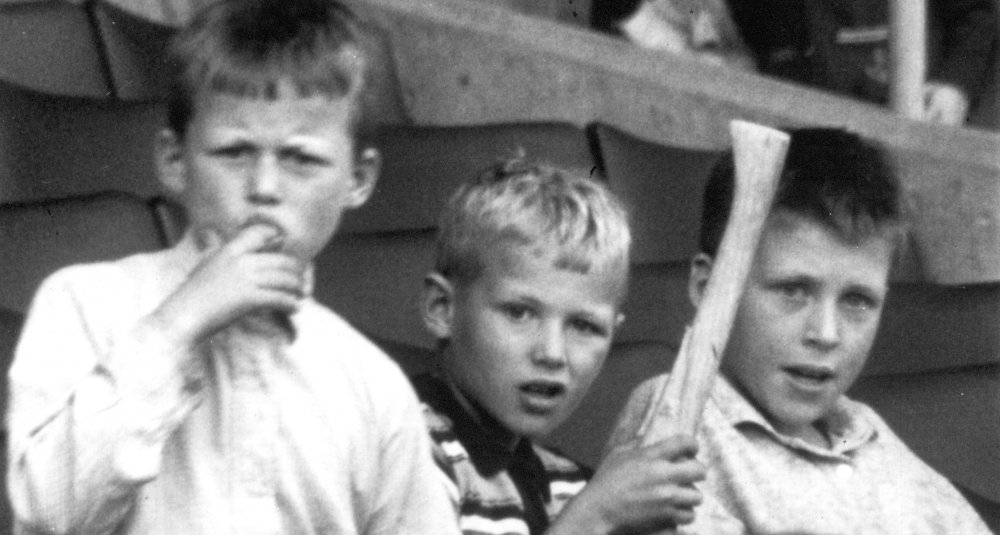 On 17 May 1968, as the final frames of Rocky Road to Dublin finished rolling at its Cannes premiere, events quickly began to deviate from the festival programme: Jean-Luc Godard and Claude Lelouch jumped on to the stage at the front of the theatre and declared an end to the proceedings in solidarity with the massive demonstrations led by students and workers around the country.

Rocky Road to Dublin is available on DVD and select VoD services.

From there, things quickly unravelled. Under intense pressure as several major directors (including Miloš Forman, Jan Nemec and Alain Resnais) pulled their films and others pulled off major publicity stunts (Carlos Saura and Geraldine Chaplin physically held the curtains down to prevent the showing of Peppermint Frappé, sparking a fight with angry filmgoers in which the actress is rumoured to have lost a tooth), the festival was brought to a hasty conclusion. Less than half of the films in competition for the Grand Prix were actually seen, and no prizes were awarded that year.

As the last film to be screened in its entirety before the shutdown, Rocky Road to Dublin occupies an interesting place in a historic episode that saw the head-on collision of politics and cinema – a thematic pairing that would dog the film for decades as its controversial social criticism earned it the unmitigated wrath of the Irish government’s board of censors. Fifty years after its festival premiere, the victory of pro-choice campaigners in Ireland’s abortion referendum sends arguably the strongest signal yet of the country’s break from its theocratic past. Now, Peter Lennon’s scathing work – arguably Ireland’s most important documentary film, both historically and aesthetically speaking – serves as a timely reminder of just how far we have come and how much we faced to get here. 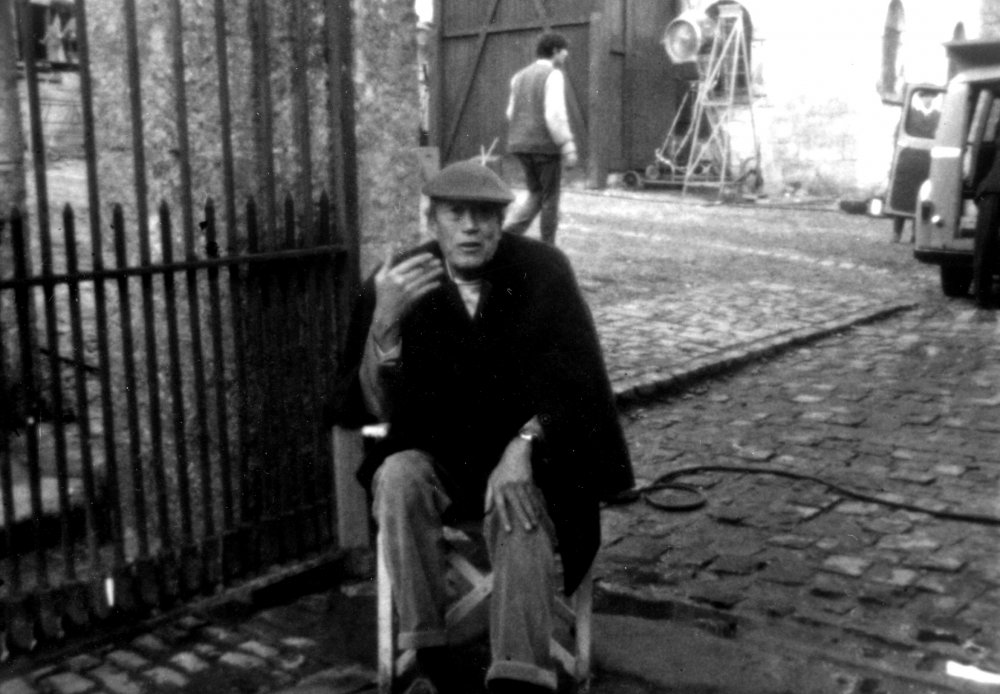 Lennon was a journalist by training – Rocky Road was both his directorial debut and his final film. As a Paris-based freelancer for the Guardian, his work brought him into close contact with the personalities of the French film world – on one occasion, Lennon visited the set of Playtime for an interview with Jacques Tati only to be roped into serving as an extra and assisting with the script.

When an assignment brought him briefly home to Dublin in the mid-60s, Lennon returned to find what he called a “brainwashed society” in the thrall of “Ireland’s KGB – the clergy”, even over friends’ insistence that the country was rapidly liberalising. After several damning articles incited inevitable controversy, Lennon decided to push his political project one step further and approached Raoul Coutard, stalwart cinematographer of the nouvelle vague, about the possibility of collaborating on a documentary project that would deliver his social critiques via the silver screen instead of in print.

The resulting film, in the words of Lennon’s opening voiceover, is a sometimes rueful, sometimes bitter, sometimes sardonic “attempt to reconstruct with the camera the plight of an island community which survived more than 700 years of English occupation – and then nearly sank under the weight of its own heroes”. Coutard’s unpretentious black-and-white cinematography captures cityscapes and the people who inhabit them with equal sensitivity; across street scenes and dancehall views, his hand-held camerawork lends the film the veracity of a journalist’s sketch. Lennon’s critical gaze rakes over everything from the destruction of Dublin’s historic Georgian architecture to the provincialism of the Gaelic Athletic Association’s ban on ‘foreign games’ to the biases of the country’s press. In Lennon’s view, the government’s blinkered focus on symbolic, nationalistic gestures was a way to avoid facing real issues head-on – issues such as urban poverty, the opportunity gap between the country and the city and the unstaunchable bleed of emigration. 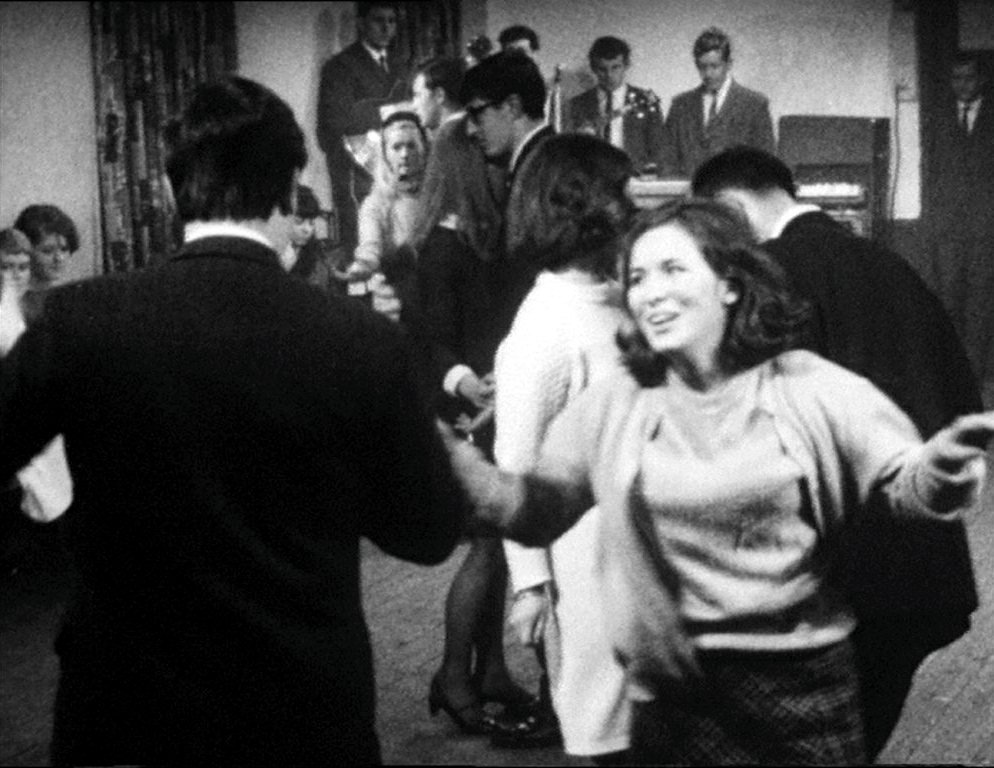 One of the biggest targets of Lennon’s criticism is the Church, whose overpowering influence over public and private life the film documents at length. A ‘modern’ priest (Father Michael Cleary, a famous media personality later revealed to have fathered two sons with his much younger housekeeper) obliviously belts out Chattanoogie Shoe Shine Boy on a hospital visit. Elsewhere children stumble through catechism in schoolrooms headed by Christian Brothers.

The effect of original sin, according to one student, is that “we are made less brainier”; another numbers “wearing very-mini skirts” and “seeing bad plays and films and books” as among the biggest threats to chastity. The fact that children are being taught that last point is indicative of the crushing, religiously motivated censorship policies that Lennon’s documentary takes aim at: writers, he notes archly, are the country’s ‘most notorious export’, driven out of the country by oppressive obscenity restrictions and a slandering press. At one point, a long list of banned authors rolls up the screen as funeral bells toll.

As well as the suppression of the arts, Lennon also documents another result of the Church’s control over state affairs: the suppression of women’s reproductive rights. Irish Times editor Douglas Gageby discusses the inception of press discussions of contraception (not fully legalised in Ireland until 1993), while an anonymous woman at the end of the film relates how clergymen and doctors alike make women feel guilty for tempting men to sin. Though the camera captures signs that Ireland’s social mores are changing – rock ’n’ roll, those dreaded miniskirts – and Lennon’s narration at several points comments that the younger generation are far less willing to follow Church dictates blindly, the overall impression is that the reins of power remain firmly in the hands of society’s most conservative elements.

This is an impression that Rocky Road’s own history would seem to confirm. The fateful Cannes showing was not technically the film’s world premiere: that distinction went to a minute Dublin press screening in 1967 organised by the director that nevertheless garnered severe media backlash. On The Late Late Show, Lennon was baselessly accused of financing the project with communist money; a reporter for the Irish Press filed a savage review despite having missed the film entirely.

But the major honour of being selected for Cannes the following year – and an extraordinarily warm reception among France’s May 68 protesters – saved the film from obscurity. Lennon’s account of how the potential of a country’s socialism-inspired revolution could be squandered as power gradually amassed in the hands of the establishment resonated with the demonstrators. Striking Renault workers and Sorbonne students screened the film in occupied lecture halls. The Irish documentary’s unlikely following among the French Left soon caught the attention of the international media, and Rocky Road’s surprise success abroad became a profound embarrassment for those seeking to suppress it at home. 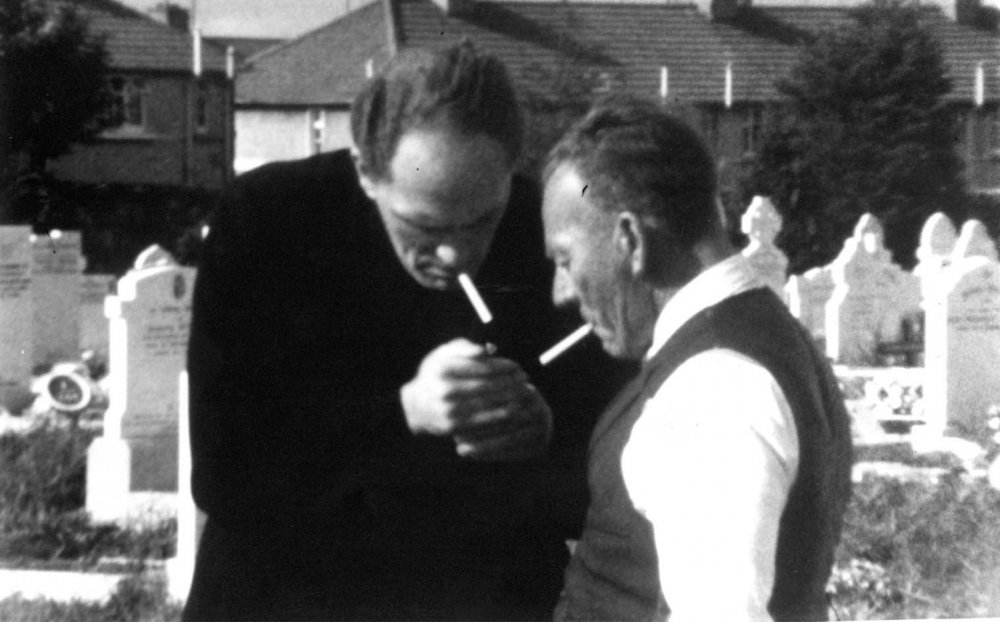 The Cork Film Festival, cowed into allowing Rocky Road to play after initially rejecting it, found a different way to subvert the film’s success: a free oyster-and-Guinness lunch was provided to reporters in a town 70km away during the film’s time slot. This act of below-the-table obstruction would characterise the government’s treatment of the film as well. Because the film contained no scenes of nudity or sexually suggestive content, it did not technically meet the (low) threshold to trigger action by state censors. The government was therefore in a bind. The documentary’s content – particularly its allegations regarding the influence of the clergy over politicians – was clearly unacceptable, but not illegal.

The decades following its foiled Cork screening therefore saw an unofficial ban placed on the film. RTÉ, the national broadcasting network, refused to screen it, and immense social pressure wielded by Church officials meant that cinema staff were unwilling to endorse a film that flew in the face of Catholic values. It was not until 2004, with the release of a restored version financed by the Irish Film Board, that Rocky Road was freely available in its own country. Rather than blunting the film’s sharp political statements, the suppression of Rocky Road merely confirmed the veracity of many of Lennon’s claims.

Recent victories at the ballot box – most notably 2015’s marriage referendum and this year’s abortion vote – signal that the seedlings of youthful discontent hinted at in Lennon’s documentary have borne fruit in the form of a generation of Irish citizens willing to mobilise against the Church. But this does not mean that Catholicism’s grip on national politics will go down without a fight: parliament members known to support the legalisation of abortion received letters threatening them with excommunication if they continued. Ireland is also facing the threat of other strains of conservatism as well: a recent ‘Irexit’ conference attended by a grinning Nigel Farage attests to a small but nevertheless worrying new form of reactionary politics that threatens the country’s hard-fought efforts to modernise. Fifty years after its showing at Cannes – but only 14 years after it became accessible to Irish audiences – Rocky Road to Dublin continues to hold a mirror up to society with its still-relevant central question: “What do you do with your revolution when you’ve got it?”

Related to What do you do with your revolution? Rocky Road to Dublin versus 1968 Ireland