Not just a ubiquitous face in the universe-conquering movies spawned from his company’s comic-book canon, Stan Lee was a Marvel lifer who lifted the firm into the forefront of the art with a teeming and sassy tapestry of multi-dimensional heroes and villains. 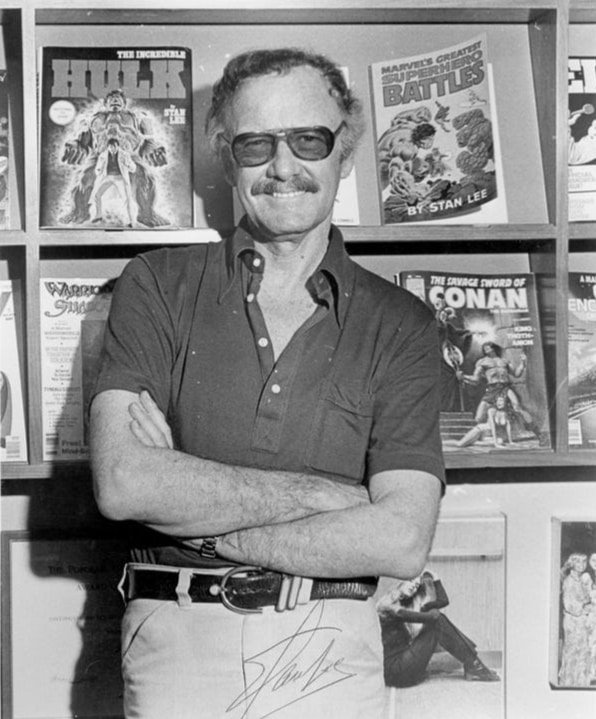 Lee had established that without a doubt – appearing in sometimes funny, sometimes heartfelt walk-ons in films featuring the huge array of characters he co-created at Marvel. He got a taste by passing judgment as the Jury Foreman in The Trial of the Incredible Hulk (1989), and became a Hitchcock-like fixture from X-Men (2000) on. He reprises a bit he and Jack Kirby worked into a special issue of Fantastic Four (turned away from the wedding of Reed Richards and Susan Storm) in 4: Rise of the Silver Surfer (2007), and intones a particularly Lee-like sentiment (“You know, I guess one person really can make a difference… ’nuff said!”) in Spider-Man 3 (2007). Before his reign as cameo king, the genial publicity hound played himself in fictional context – obviously his favourite role – in Larry Cohen’s The Ambulance (1990) and Kevin Smith’s Mallrats (1995). 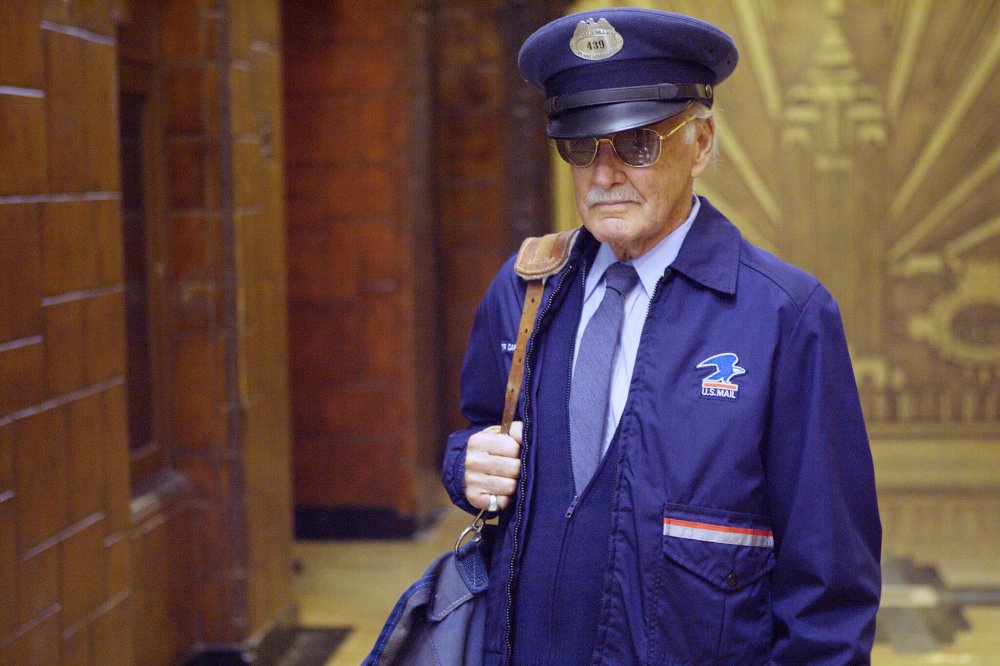 Born Stanley Leiber in 1922, Lee came to Marvel (then Timely Comics) in 1939 as a teenage minion (hired because his cousin was married to the company’s owner) and stayed on as a writer, then editor-in-chief, chairman, and ambassador at large.

The company was traditionally a follower in the marketplace until Lee and Kirby took a suggestion they do something like DC’s Justice League of America and counter-programmed with The Fantastic Four # 1 (November 1961). The JLA were a frictionless, colourless collection, but the FF were a family – and had serious fallings-out, joke feuds, developing relationships and complicated feelings about their enhanced abilities (which, in the case of breakout character the Thing, included being hideous). It took a while to confirm it, but Ben Grimm – the Thing – was written as Jewish, when Jewish creators like Lee and Kirby were taking anglo names and rigorously avoiding ethnic specificity. Amusingly, the most WASP-like name in the Marvel canon, Janet Van Dyne, belonged to the Wasp.

Between 1961 and 1964, Lee co-created Spider-Man and Dr Strange (with Steve Ditko), the Hulk, the X-Men, Thor, Nick Fury and the Avengers (with Kirby), Ant-Man and the Wasp (with Larry Leiber – his brother – and Kirby), Daredevil (with Bill Everett) and Iron Man (with Leiber and Don Heck). Besides headline characters, this burst of creativity extends to lasting, complex antagonists Magneto, Dr Doom, the Kingpin, J. Jonah Jameson and Loki.

As an uncredited general in Captain America: The First Avenger (2011)

Lee reimagined Timely’s backlist characters for the 1960s: turning Kirby and Joe Simon’s patriotic WWII super-soldier Captain America into a self-doubting man out of time was an especially canny decision, generating many plot lines (a Lee trait was spotting would be good for future stories).

In a break from the eternal present of earlier comics, Marvel’s soap opera-like continuity laid down the interconnectivity which remains a feature of the Marvel Cinematic Universe. It was canny commercially (a Spider-Man guest appearance could boost an unknown hero’s title) and gave the Marvel Universe the feel of a real place. Struggling to make ends meet, Peter Parker tried to join the Fantastic Four in the first issue of his title – only to swing off disgusted when Reed Richards told him there wasn’t a salary involved. Later, he got beaten up by Dr Octopus after ignoring his nagging aunt’s concerns for his health and suiting up as Spidey while suffering ’flu. This didn’t happen to Batman. 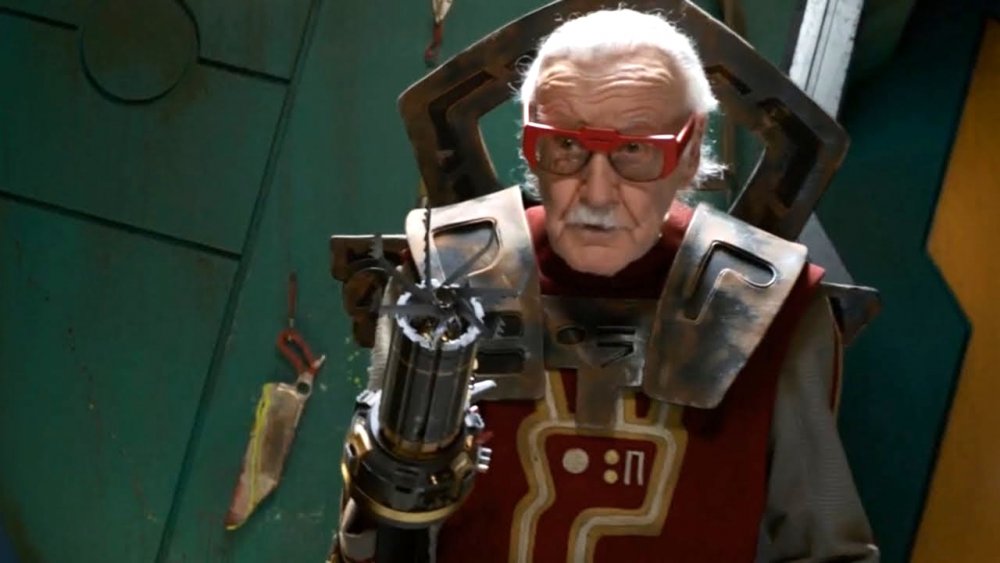 Lee stayed on Fantastic Four and Spider-Man for one-hundred-issue-plus runs, but tended to delegate writing to others after (or even before) establishing series. He was the impetus for addressing real-world issues in fantastical stories, whether it be the parables of prejudice and persecution endured by the X-Men (my personal favourite issue is X-Men #13, when this first became clear policy: “Among Us Stalk… the Sentinels!”) or having Peter Parker’s friends affected by drug addiction, the Vietnam War and campus protest (in an era when comics’ traditional kid readers stuck around with Marvel for a few extra years because the imprint seemed to grow up with them).

To balance Lee’s big mouth/big head act, and in light of the fact that Kirby and Ditko didn’t become millionaires, there has been a tendency to valorise the artists and downplay Lee’s contributions. The Marvel method (roughing out a plot, having the artist draw it, and only then putting in dialogue) gave artists creative leeway, but Lee’s stamp is on the work, grounding higher flights of fantasy with small character touches, ironies or jokes, and teasing out themes. “With great power there must also come great responsibility,” said Peter’s Uncle Ben.

In his not uncontroversial role as the voice and face of Marvel, Lee also wrote still-radical editorials (Stan’s Soapbox) – though the comics displayed plenty of knee-jerk anti-communism, and it took a while for female characters to become as interesting as the male leads – and fostered the idea of an imaginary, idealised workplace, the Marvel Bullpen, where artists and writers had funky nicknames (and didn’t raise thorny issues of profit participation or the injustices of work for hire). In essence, Lee’s major writing work was done by the end of the 1960s – but he was co-creating as late as She-Hulk in 1980, a character invented to secure copyright who still managed to be distinctive and interesting in her own light – and he became a celebrity company man.