Spidey returns to the big screen as a teenager endowed with superpowers and sound morals, which he channels into some memorable heroics, thanks to Jon Watts’s smart direction and a seamless script. 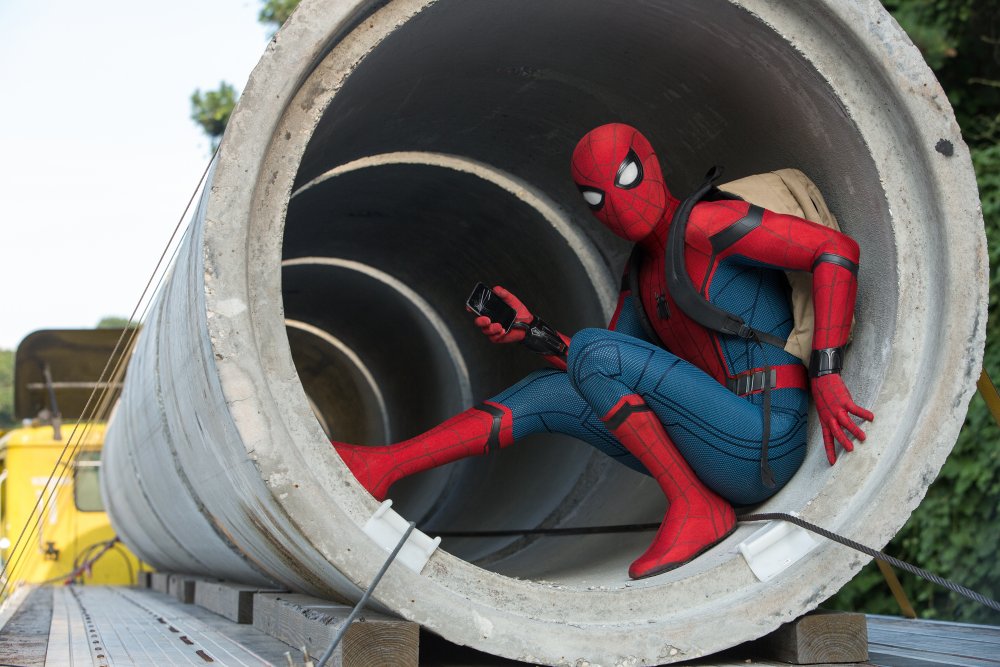 There’s a lot to be said for having the backstory of your comic-book blockbuster release established in the public mind by two previous, relatively recent film series going over much the same ground. Thanks to Sam Raimi’s trilogy with Tobey Maguire (beginning with Spider-Man, 2002) and Marc Webb’s duo with Andrew Garfield (beginning with The Amazing Spider-Man, 2012), this latest take on Peter Parker/Spider-Man, a Marvel Comics character created by writer Stan Lee and artist Steve Ditko in 1963, is relieved from having to go through the bitten-by-a-mutant-spider / death-of-Uncle-Ben / “with great power…” / Gwen-or-MJ / traduced-by-the-press business that constitutes the character’s origin and the route most adaptations or reiterations have taken (there have been even more comic-book reboots than movie incarnations).

In fact, all the film has to pick up from is a cameo in last year’s Captain America: Civil War that introduced Tom Holland’s shorter, more-credibly-high-school-age Peter (and Marisa Tomei as a less geriatric/ailing, differently ethnic Aunt May). After a prologue set in the ruins left by The Avengers (AKA Avengers Assemble, 2012), explaining why blue-collar salvage man Adrian Toomes becomes furry-collared supercrook the Vulture, Homecoming wittily introduces Spider-Man in “a film by Peter Parker” – cameraphone footage of the Civil War battle, which also includes Peter bouncing around an airport hotel room to the irritation of Tony Stark’s glum sidekick Happy Hogan (Jon Favreau, getting more out of the character here than in any of the Iron Man films, including the two he directed) and narrating an encounter with more characters than Civil War can cope with or this film needs.

Then, with a bump, Peter is back from his trip abroad and stuck in the high-school corridors of Queens, NY, where he is still a midlist nerd, though the film acknowledges that school culture has changed since 1963. The bullying Flash is now a know-it-all rather than a jock, the young cast is multiracial (as with Aunt May, some familiar characters are radically but effectively reinvented) and Peter is stuck not on a cheerleader but the captain of the academic decathlon team. 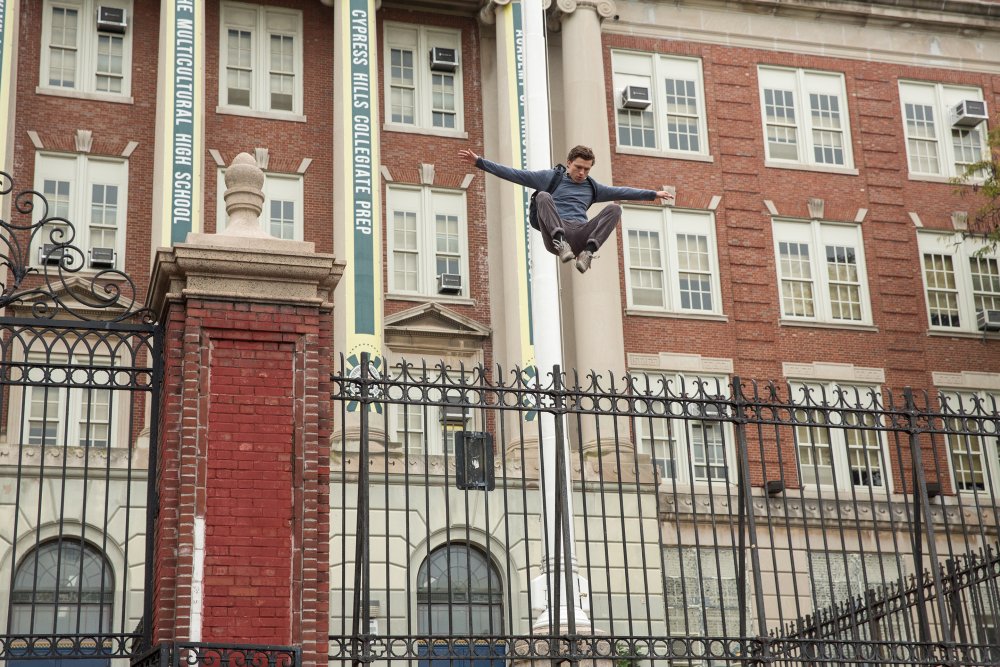 Given the proliferation of superhero films and the consequent expansion of their interlocking universes, each individual outing or sub-series has to work hard to establish its own personality. With Disney’s Marvel Cinematic Universe (to which this is bolted, though it comes from a different studio – Sony) expanding its horizons via Doctor Strange and Guardians of the Galaxy, this opts, as the title suggests, for a more down-to-earth route, picking up from Stan Lee’s original label, the “friendly neighbourhood Spider-Man”.

The many contributing writers who patchworked what feels like a seamless script look to key moments and elements from early in the character’s run to establish a high-school hero who hasn’t yet had his bad-luck streak and lacks the rage issues that have taken him to darker places. The crucial comics references here are Spidey’s attempt to join the Fantastic Four in The Amazing Spider-Man #1 (thanks to the FF’s rights being elsewhere, this translates into Peter trying to get a spot on the Avengers), just-plain-crooked villains the Vulture (Adrian Toomes) and the Tinkerer (Phineas Mason) from #2 – as opposed to the semi-tragic lab-accident monster-victims favoured by Raimi and Webb – and a sequence in #33 reproduced in the finale, where the hero is trapped under rubble and Ditko spends several agonised pages drawing a superheroic feat that Thor or the Hulk could have pulled off in a single panel. 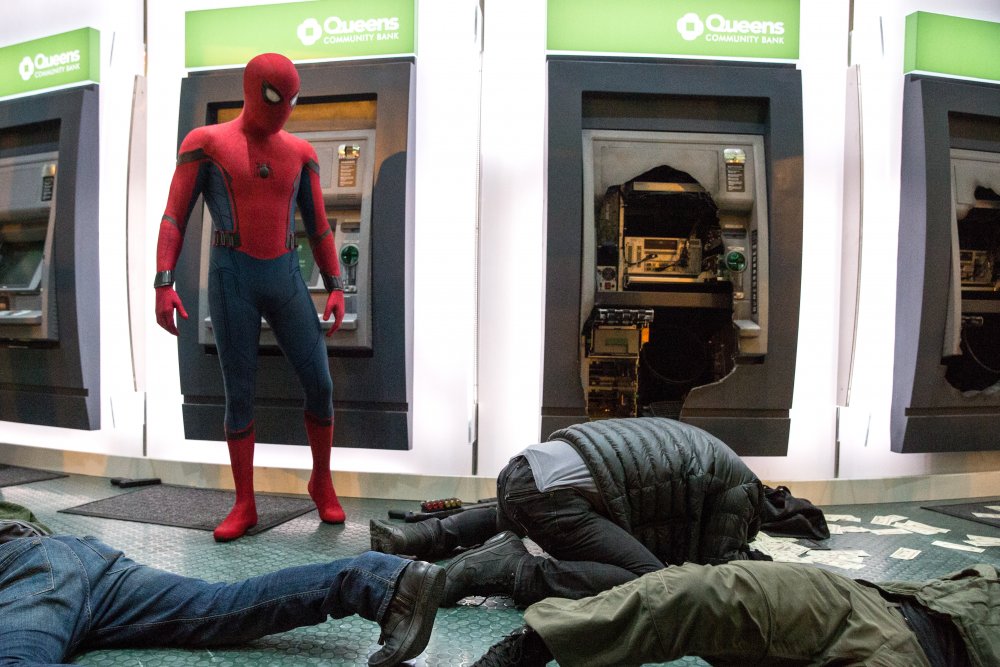 Director Jon Watts joins the elevated-to-a-franchise pack by leapfrogging from the scrappy, inventive, direct-to-DVD/streaming genre shaggy-dog stories Clown (2014) and Cop Car (2015) – and sketch comedy before that – to the sort of effects-driven three-ring circus of a movie that dominates summer release schedules. The trick is to retain some original directorial personality in an ocean of money and pixels (and not be replaced by a biddable non-auteur mid-shoot), which Watts manages very well.

Homecoming has several huge set-piece scenes – peril on the Washington Monument and the Staten Island Ferry, a battle with the Vulture on a Tony Stark stealth jet that might be an in-joke at the expense of the invisible plane Warner-DC was too embarrassed to put in the Wonder Woman film – but Watts has learned from his predecessors that these only work with Spider-Man if there’s a character point being made… when Maguire saves a train in Spider-Man 2 or Garfield takes over from a plucky kid in a Spider-Man costume to face the charging Rhino in The Amazing Spider-Man 2, the payoff is emotional as much as exciting.

Here, in his big rescues, Holland is fixing messes he’s made, and his real superheroic aspect isn’t the proportional strength of a spider or the ability to stick (albeit tentatively) to walls but his instinct to try to do the right thing. In the final battle, he is even paradoxically trying to save the life of his enemy – rejecting the Vulture’s appeal to selfishness and resentment but still not willing to let the man blow himself up.