For a character on the fringes of the Cinematic Universe, Paul Rudd’s shrinking superhero has some impressive smarts – even if this sequel doesn’t always take flight. 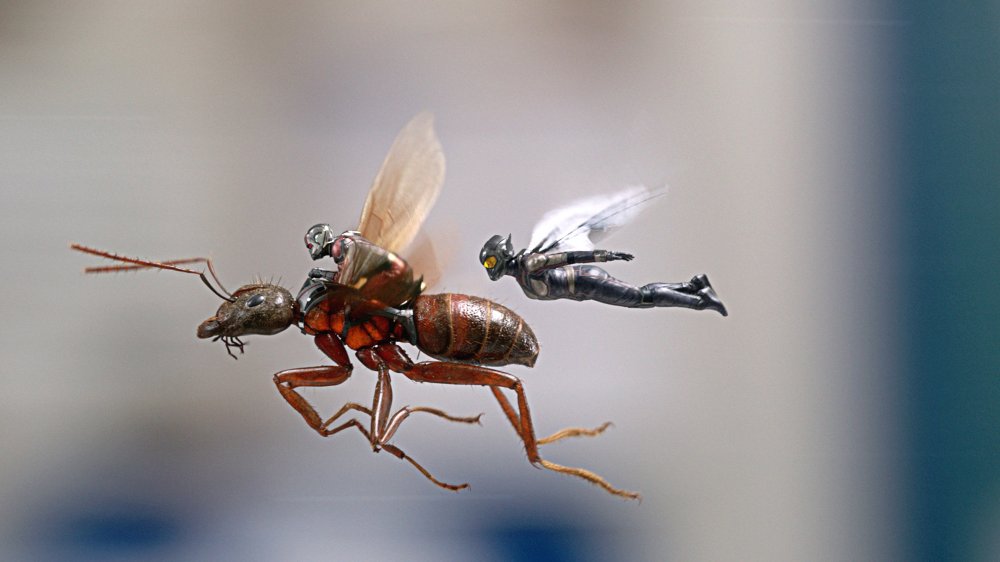 Paul Rudd, Evangeline Lilly and a flying ant in Ant-Man and the Wasp

The most enjoyable of the Marvel movies have found a way to thematise their relatively marginal position within the galaxy-conquering home brand. Think of Spider-Man: Homecoming’s friendly (Queens) neighbourhood vibe, or Black Panther’s full-on immersion in an undiscovered country where the Avengers have no jurisdiction.

In the case of Peyton Reed’s Ant-Man films, the tactical contrast has to do with scale rather than location. The strategy is to keep the story and the spectacle literally and figuratively small, conveying a sense of jocular modesty in the face of the largest and most complex endeavour in the history of big-studio cinema.

Even such winking self-effacement is ultimately just a charade (these movies are all carefully quality-controlled product, and will continue to be until Marvel either exhausts its back catalogue or the Earth hits the sun), but it’s a good look, and Ant-Man and The Wasp keeps appearances up nicely. The convolution of the plot, which involves the efforts of human-shrinkage expert Dr Hank Pym (Michael Douglas) and his daughter Hope van Dyne (Evangeline Lilly) to rescue his wife Janet (Michelle Pfeiffer) from a 30-year exile in the ‘Quantum Realm’, is just so much pro forma annoyance, which is precisely (and rightly) how Reed and star Paul Rudd treat it. The latter’s ability to keep ex-con/single-dad/reluctant superhero Scott Lang simultaneously sceptical, confused and committed to the sci-fi chaos around him without ever going boringly square-jawed is nothing less than the purest movie-star charisma. 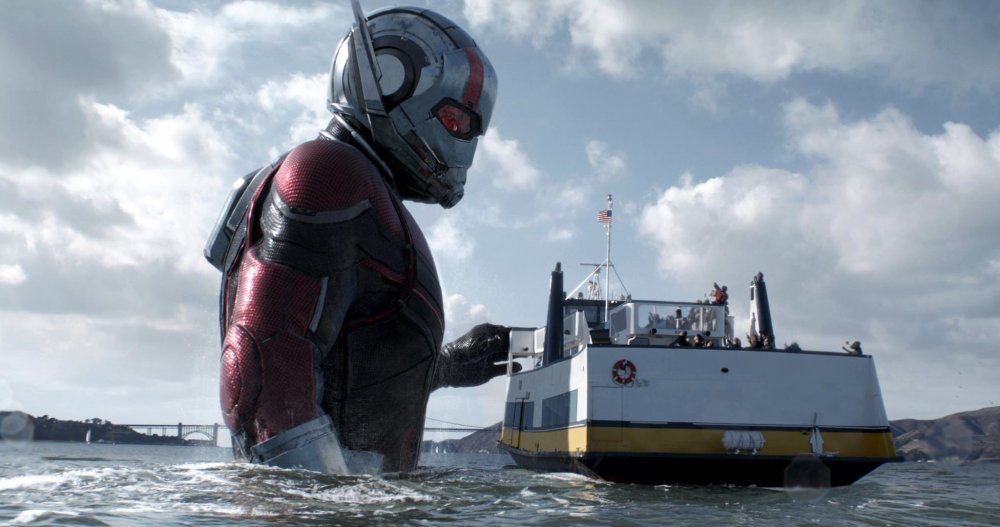 Rudd is a wonderfully reactive comic actor, and Reed and the cast constantly give him things to bounce off, from expertly delivered set-up lines (Douglas is an adept straight man) and generally outmatched henchmen enemies to the indignity of his own house arrest (a consequence of Scott’s extracurricular participation in Captain America: Civil War) and a hyperbolically physicalised identity crisis that never stops being funny. Because of a malfunction in his Ant-Man suit, Scott finds himself changing size at a rate beyond his control, which may not be an intentional metaphor for the challenge of keeping one of these mega-productions under control, but registers self-reflexively all the same.

Lilly’s more controlled trajectory as the Wasp (who has the same costume as Ant-Man but with cooler weapons at her disposal) doesn’t give her the same space to play around, and she’s perilously close to being a humourless presence in a movie that tries (mostly with success) to maintain screwball velocity from beginning to end. Blame a posse of five male writers, perhaps, and while you’re at it, they also have to answer for the mediocrity of Hannah John-Kamen’s flavourlessly malevolent villainess Ghost, whose powers and emotional predicament never quite come into focus (her trademark ‘phasing‘ in and out of space is unfortunately indicative of her vagueness). The MVP of the supporting cast is probably Michael Peña’s excitable sidekick, who not only re-enacts his hilarious voiceover shtick from the first Ant-Man but also gets a minute to explain Morrissey’s enduring popularity among the United States’ Latino community – a total non sequitur that pops up right when the movie needs it.

Related to Ant-Man and The Wasp review: miniaturised Marvel caper wins on zing