On The Woman, and two female-directed discoveries that bring “warmth and rounded characterisation to a genre that so often lacks it”. 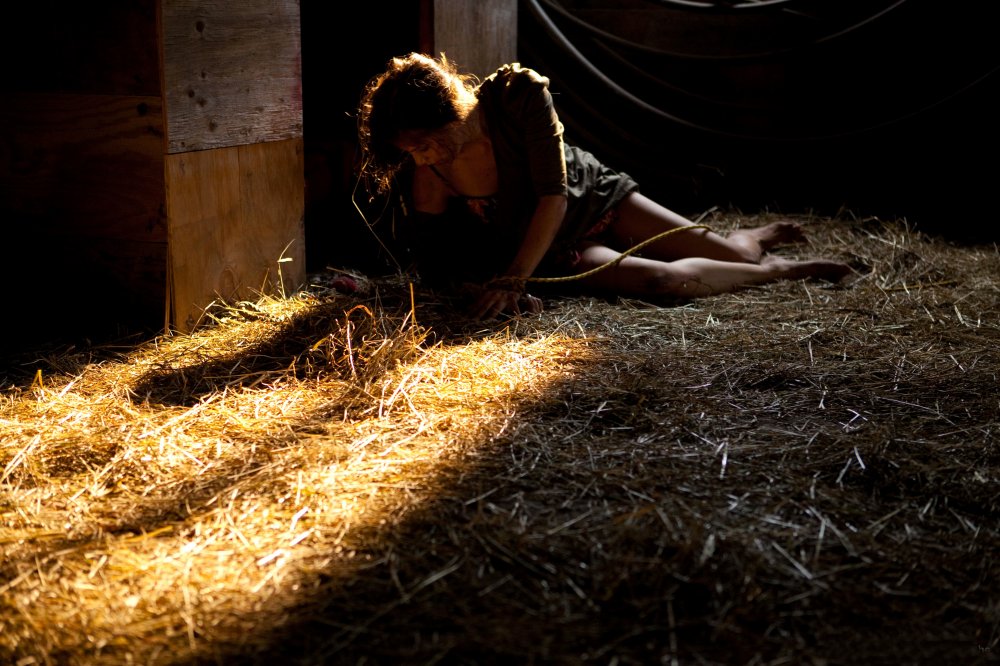 Like a deranged teenager trapped in a 40-year-old body, the captive woman/rape revenge story continues to stalks the horror field, both in uncalled-for remakes (Last House on the Left, I Spit on Your Grave) and in new fare – like one of FrightFest 2011’s most-discussed films, The Woman, directed by Lucky McKee.

Already notorious thanks to a dramatic abreaction from a male audience member at Sundance, The Woman is a striking if ultimately unsatisfying reversal of a familiar theme – the civilised woman forced to become wild to defeat her attackers.

In McKee’s film the titular woman is already feral, having been raised by wolves, and is trapped and held captive by a psychopathic lawyer, who attempts to housebreak her as a ‘project’ for his physically and emotionally abused family. Inevitably the chain of abuse, with Dad at the top, engulfs their new addition, who endures the full Fritzl of humiliation, torture and sexual assault before being set free to enact revenge in the way that nature, and a hundred other films, taught her.

There are things to like here: Scotswoman Pollyanna McIntosh is powerful and convincing in the title role, and McKee is a capable filmmaker, working with very low budgets, who wants to be taken seriously; but The Woman never becomes more than what it is, an uncomplicated telling of a simple story. Frustratingly, while the pacing is generally restrained, McKee’s shorthand for emotional intensity involves bludgeoning the audience with grunge-rock video sequences, setting an adolescent tone that the film never manages to shake off.

Interviewed on stage, McKee, who wrote the script with novelist Jack Ketchum, said the film had been labelled both misogynist and feminist: it’s neither, of course, but I couldn’t help wondering how a female director might have handled similar material. 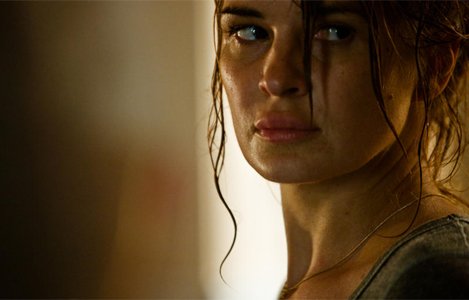 On an unscientific estimate, about a quarter of the FrightFest audience are women, and they aren’t horror casuals – their voices can always be heard amongst the cheers and laughter greeting scenes of extreme violence.

Nor are FrightFest’s women restricted to the audience – Kerry Anne Nullaney’s The Dead Outside was shown in 2008 and Karyn Kusama’s Jennifer’s Body in 2009; but this year saw a step up with two new feature films directed by women.

When asked how it felt to be a female horror-film director, Susan Jacobson, introducing her first feature The Holding, replied that she wouldn’t know. Whether this was a statement about gender or genre – The Holding, like several of this year’s selections, isn’t really a horror film – was left for the audience to decide.

The Holding’s opening scenes show us what happens to men who cross farmer Cassie Naylor (Kierston Wareing), as she buries her husband, Dean, on the outskirts of the Yorkshire smallholding that they ran together. Eight months later she and her two daughters are struggling to maintain the business, facing pressure to sell the property to her creepy Straw Dogs neighbours, when a capable farmhand, Aden, claiming to be a friend of her husband’s, offers to help out. Aden quickly assumes a traditional male role on the farm, initiating a battle for control over the business – and Cassie’s family – that concludes with a bloodbath.

While the film opens and develops well as an intriguing thriller with spaghetti western overtones, James Dormer’s script loses its way by act three, devolving into generic, if effective, psycho-thriller fare. But until then Jacobson builds the tension slowly, maintaining a refreshing and intense emotional complexity that horror film could learn from. 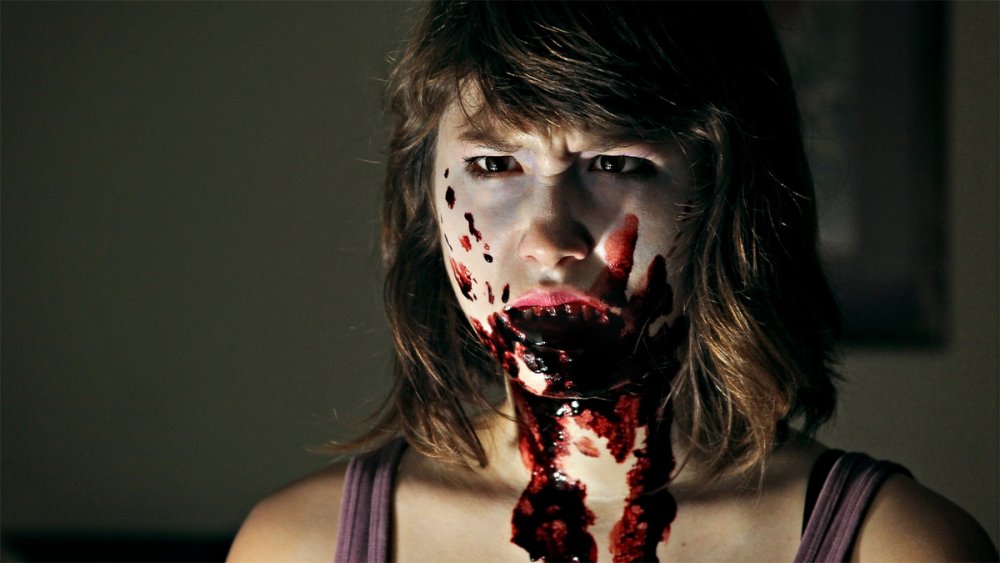 From another genre and another world (indie-heaven Austin, Texas) comes My Sucky Teenage Romance, a fizzily enjoyable pop vampire comedy written, directed and co-produced by teen prodigy Emily Hagins, whose first film, Pathogen, was released when she was 12. A gentle, geeky insider’s parody of teen-vampire culture, the film features snappy dialogue and cinematic in-jokes galore, capturing the satirical spirit of John Waters (in Hairspray, not Pink Flamingos mode), the knowingness of Joss Whedon’s Buffy the Vampire Slayer and the warmth of a Richard Linklater film, all peppered with Abrams/Zucker-style buffoonery.

To say that the film is lo-fi is like saying vampires suck, but there’s a confidence and a subtle sophistication underscoring the film that leaves one to wonder whether its haphazard nature is as much a stylistic affectation as it is a result of budgetary constraints. In a Q&A Hagins announced that her UCLA application had just been rejected, but if My Sucky Teen Romance is anything to go by we’ll be seeing a lot more from this natural-born filmmaker.

To this admittedly jaded reviewer, both Jacobson and Hagins’ films stood out at FrightFest, bringing warmth and rounded characterisation to a genre that so often lacks it. Surrounded by so much mechanically-reclaimed horror, these elements leap off the screen far more dramatically than sadistic ultra-violence or 3D gimmickry.

They weren’t the only films to do this, and it goes without saying that it’s not an exclusively female directorial trait – Ben Wheatley’s Kill List, Ty West’s The Innkeepers and Douglas Buck’s The Accident (part of the portmanteau film Theatre Bizarre) also brought something more to the table – but if horror film wants to stay fresh and relevant, it would benefit from further injections of female blood.

Related to FrightFest 2011: Women and horror