FrightFest 2010: Hallowe’en event sees in the return (and revenge) of the past

Sticking out the witching hour with new films devoted to the return (or revenge) of the past: Confessions, The Silent House, Choose and more. 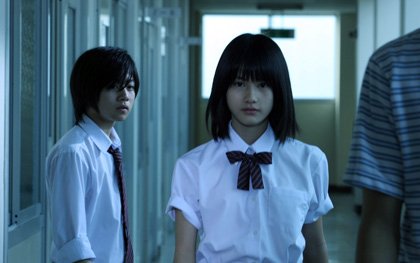 A once-pagan festival uneasily subsumed into the Christian calendar, Hallowe’en originally celebrated the end (and new beginning) of the harvest cycle, occasioning the remembrance of ancestors and the reappearance of the dead (as well as malevolent spirits) amongst the living. It therefore seems apt that this year’s FrightFest Hallowe’en all-nighter, in its new digs at Empire in Leicester Square, coincided with end of British Summer Time, so that halfway through the event the witching hour was eerily frozen in time as the clocks went back. The films on offer too were almost entirely devoted to the return of the past, be it hauntings by the dead, the re-emergence of childhood trauma, or vengeance for previous sins.

Revenge came in the evening’s first offering, Confessions (Kokuhaku). It is a twisted tale of adolescent anomie outclassed by an avenging adult, as a softly spoken science instructor teaches a pair of murderously misguided Middle School pupils a lesson in life’s value. Directed and adapted by Nakashima Tetsuya (Kamikaze Girls, Memories of Matsuko) from the best-selling 2008 novel by Minato Kanae, Confessions betrays its literary origins with an over-wordy script (structured, like the book, around a series of personal testimonies), but Nakashima’s crisp slo-mo visuals ensure there is plenty of show to match all the tell, in what often seems like an extended emo music video (with Radiohead included on the actual soundtrack). Offsetting the shrillness of its melodrama with the sedateness of it pace, Confessions is a bombastic, almost operatic affair that masks its Heathers-like satire behind an entirely straight face – until, that is, its final punchline.

In contrast with Nakashima’s fragmented narratives was Gustavo Hernandez’s The Silent House (La Casa Muda), in which protagonist Laura’s increasingly frantic comings and goings through a dark and supposedly empty two-storey farmhouse are traced in a single, sinuous take that lasts all the way to the closing credits. If this one-shot approaches imposes a strict unity of time and place on Hernandez’s film, nonetheless the story will prove to be no more straight than the house is silent, with a clever twist transforming all the bump-in-the-night clichés into something altogether more perversely psychological. The brief duration, excellent sound design and virtuoso camerawork compensate for the occasionally underwhelming scares and the slightly repetitive room-by-room structure.

From one-off to one-note, as Jalmari Helander’s Rare Exports: A Christmas Tale comes with a great comic premise (Santa is actually a child-eating demon, disinterred from the Finnish ice The Thing-style with his army of elves), but fails to follow through with enough horror or jokes to go the distance. Developed from short films made by Helander in 2003 and 2005, this feels stretched as a feature, despite some wry commentary on Finland’s cultural beleaguerment. 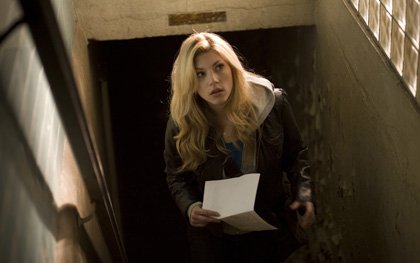 Similarly, the slasher Choose (apparently disowned by its director Robert Legato and now attributed to one Marcus Graves) boasts a winning performance from Katheryn Winnick as new final-girl-on-the-block Fiona, and cinematography that is refreshingly free from desaturation – but then, after several torturous Saw-like moral dilemmas and lots of delving into characters’ troubled histories, the film fails to deliver a satisfying ending.

Better was Kaare Andrews’ Altitude. Sending its co-eds in peril into a vertiginous cross-genre Twilight Zone, the film seamlessly interweaves its different narrative strands (aerial thriller, monster movie, time-paradox SF), and never pretends to be more than what it is – a fast, fun flight of genre, perhaps best seen on a plane.

In a post-midnight development that was pure Hallowe’en, Andrew Traucki’s The Reef and Ivan Reitman’s 1973 shlockfest Cannibal Girls had to be pulled from the programme when gremlins afflicted their digital projection. By then it was too late to get public transport home – so it was fitting that one of the last-minute replacement films, M. Night Shyamalan’s Devil, is precisely concerned with a group of people trapped together with their own demonic urges, quite possibly never to see the light of day again.