Old saws are as popular as ever at this year’s FrightFest, finds Virginie Sélavy. 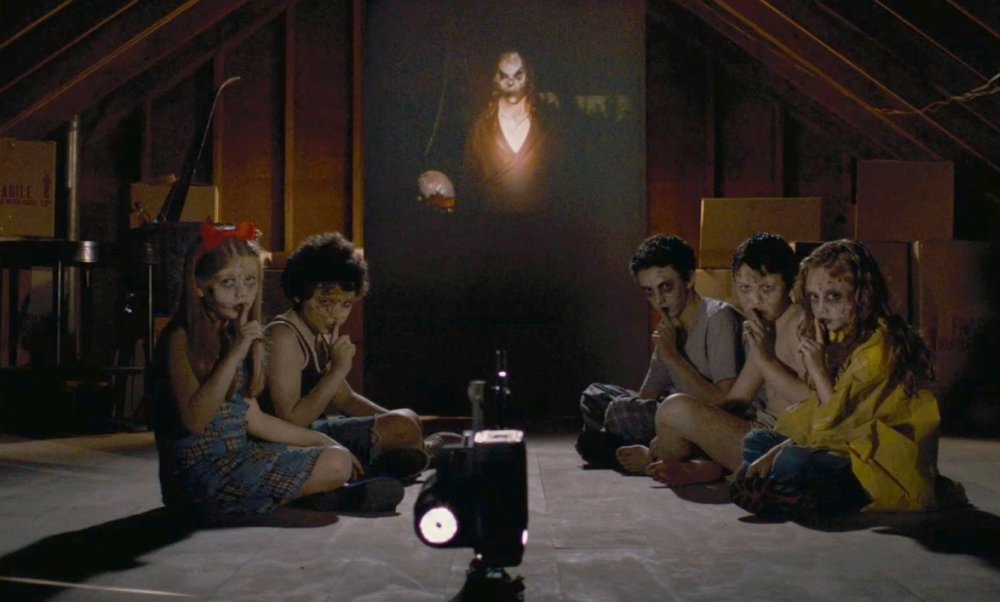 Found footage has been a popular staple of horror cinema in recent years, and the programme of this year’s Film4 FrightFest included various film-within-the-film set-ups, some taking the sub-genre in new directions.

Paco Plaza’s [REC]3 Génesis starts with a found-footage sequence referring to the seminal [REC] (2007) and its 2009 follow-up [REC]2, but quickly abandons it for a straightforward narrative that takes the franchise into comedy. As Mike Malloy’s excellent documentary on 70s Italian crime films Eurocrime! reminded audiences the next day, the switch to comic mode often marks the end of a particular cycle of films, so it will be interesting to see how the forthcoming [REC]4 Apocalypse deals with the found-footage origin of the series.

Buddy Giovinazzo’s A Night of Nightmares seemed set to be another film to mine that vein, starting with internet DJ Mark Lighthouse travelling to a remote cabin in the woods to film an interview with singer-songwriter Ginger. However, this was not used as a narrative device and played no part in the film, instead being simply the pretext for a sweet but somewhat wary budding romance between the two engaging characters in the midst of a well-executed haunted house/possession story. Always refusing to go down the expected path, the film was a refreshing treat. 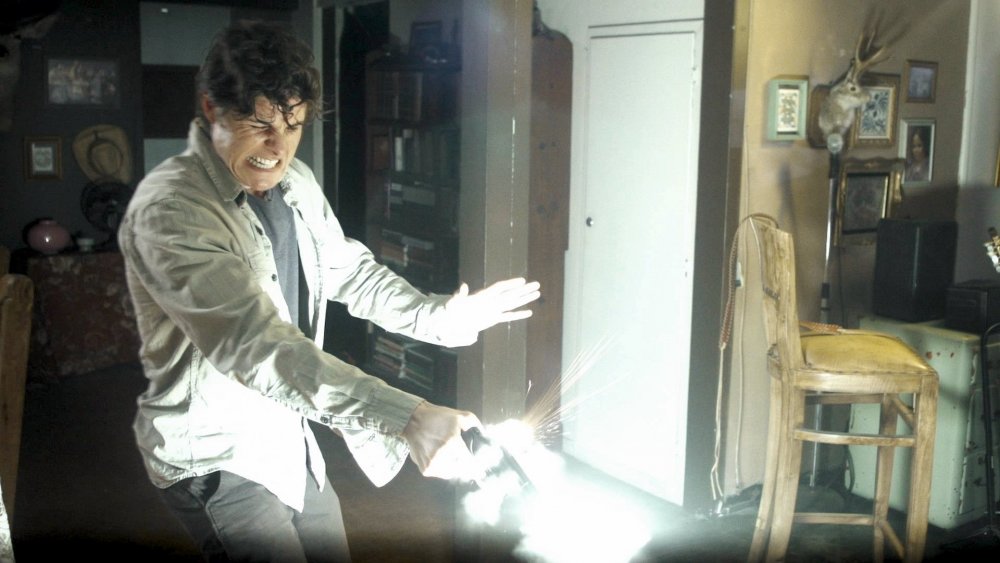 A Night of Nightmares

Scott Derrickson’s Sinister also revolved around a haunted house, with an ancient evil spirit thrown in. Ethan Hawke plays a true-crime writer so desperate to reclaim his past fame that he moves his family into a house where the crime he’s investigating was committed.

The film opened very strongly with a truly unnerving Super-8 sequence showing a family being hanged from a tree. It’s one of several home movie reels that Hawke’s character Ellison finds in a mysterious box in the attic. The seemingly anodyne titles – ‘Family Hanging Out’, ‘BBQ’, ‘Lawn Work’, ‘Sleepy Time’, ‘Pool Party’ – hide scenes of awful murders of entire families, made all the creepier by the initial cheerful domestic setting. The lack of synched sound adds to their raw, shocking brutality; the comforting whirring of the projector, the vibrant shimmery colours and familiar grainy texture of Super-8, immediately evocative of countless summery childhood films, are powerfully subverted into something genuinely disturbing.

These found-footage sequences – incorporated into the main story, rather than used as a narrative device for the whole film – are the best thing in Sinister. It’s a shame that the rest of the film could not be as convincingly scripted and compellingly filmed.

A collection of six stories filmed by emerging directors Adam Wingard, Glenn McQuaid, Radio Silence, David Bruckner, Joe Swanberg and Ti West, V/H/S offered an inventive, playful take on the found-footage genre that used instantly recognisable blue or snowy TV screens as separating devices between the stories as well as reminders of an antiquated form of filmmaking, one exploited in earlier horror films – most famously The Ring (2002).

When a group of thuggish, sleazy mischief-makers who like to film themselves performing aggressive pranks are hired to break into a house to steal one videotape, they find a whole stack of them, depicting various stories: three men picking up a strange girl (played brilliantly by the eerily slender and wide-eyed Hannah Fierman) in a club, a couple on a Grand Canyon holiday, four youths facing a slasher in the woods, a Skype ghost story (the cutting-edge technology contrasting with the video used to record it), and a Halloween party in a haunted house. 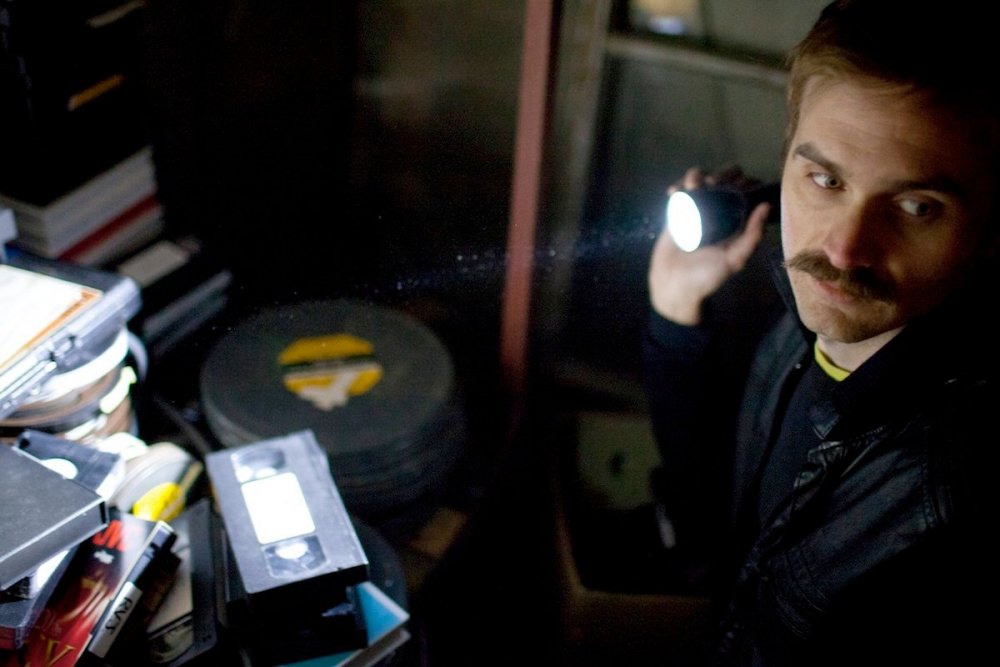 Structurally, V/H/S innovates by having found footage framed by found footage, a set-up complicated by the fact that the final story is actually shown once the framing story has ended. The stories are interconnected by recurring themes and characters – seedy men get their comeuppance, parties and holidays turn sinister and the true nature of couples’ relationships is revealed – while each tale revisits a classic horror motif from an unusual angle – slasher, ghost, evil doctor, haunted house. Although the stories all end unhappily, V/H/S is a fun film full of energy and imagination, and humour too.

One of the most highly anticipated films of the festival, Berberian Sound Studio showed an interest in past technology that went even further back in time with its homage to the giallo. Beautifully recreating a 70s recording studio, dimly lit and decked in brown patterned wallpaper, it fetishistically focuses on vintage analogue equipment – spooling tape, microphones, mixing desks – fascinated by the process of creating sound and punctuated by ominous flashing red ‘Silenzio’ signs. Sound is the key element here and in an interesting twist on this type of device, the film within the film is here never shown, only heard. It’s a wonderfully oblique, atmospheric movie to be experienced like a slowly dissolving dream – and, despite its lack of straightforward horror thrills and scares, one of the unquestionable highlights of this year’s FrightFest.