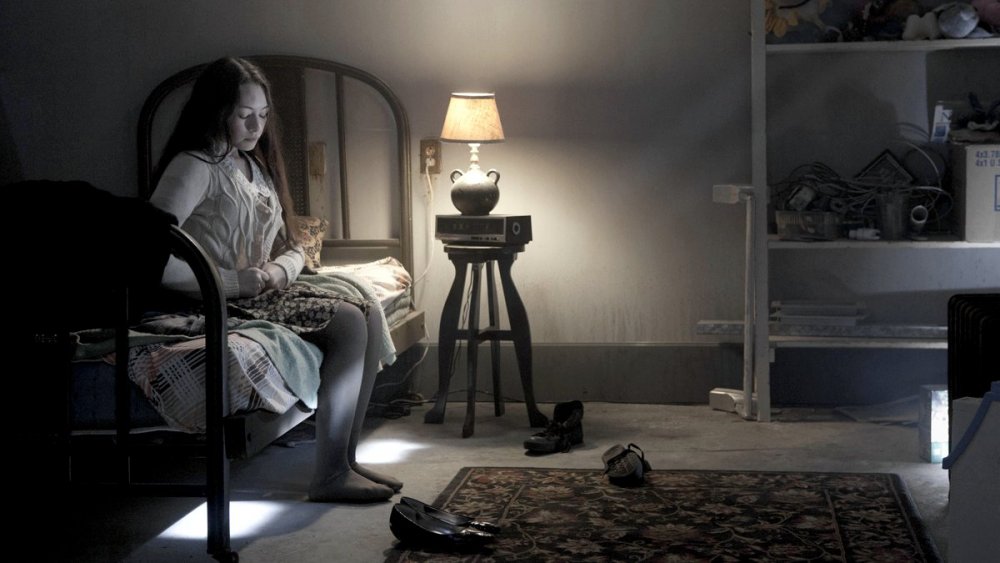 Even if only two or maybe three of the six films on offer at the 2012 FrightFest Hallowe’en All-nighter were innovative and interesting, it was still possible to emerge into the dawn feeling broadly satisfied. This is a sign not just of how congenial and smoothly run the event was, but also of the low expectations raised by much of contemporary horror, as evidenced by the relatively poor showing of films at this year’s main FrightFest happening in August. These days, you are doing very well indeed if about half of the titles at a genre festival seem genuinely good. And horror audiences are inured to accommodating the bad as well.

This is why a film like Bait 3D can be swallowed hook, line and sinker by FrightFesters, despite – perhaps even because of – its overt derivativeness, hokey dialogue and predictable arcs. This affectionate exploitation film follows an ensemble of Queenslanders – all seeking a chance to rebuild their damaged lives – who find both extreme peril and an opportunity for redemption in the jaws of a 12-foot great white shark (or two). Thanks to a freak tsunami, these finned felons are now swimming hungrily through the aisles of a flooded supermarket where the human characters – including an equally predatory armed robber – have become trapped. One can, and perhaps should, carp at how subtext, plausibility and sense have all been sacrificed to this film’s high concept, but at the witching hour (when this screened) all the stereoscopic slaughter seemed irresistibly appealing.

Similarly Gallowwalkers, Andrew Goth’s long-gestating undead oater set in an alternative universe (and shot in the Namibian desert), was a strange blend of the good and the bad, but certainly not the ugly. It will always be best known for its disastrous production story – for this is the film which Wesley Snipes was shooting in 2006 when he was recalled to the US to face tax fraud charges – but it is also a bold folly, mixing genres and colour palettes with all the desultory visual flair of a Jodorowsky film, but with none of the Chilean director’s intelligence or depth of ideas. So it’s Shallowwalkers really – yet even if Snipes once again phones in a performance as a supernaturally efficient dispatcher of the walking dead, his similar Blade trilogy never looked as strikingly mannered as this.

The event’s last two films were less forgivable, their mediocrity only intensified by the late/early hours at which they screened. No doubt the digitally remastered print of Lucio Fulci’s ‘classic’ Romero rip-off Zombie Flesh Eaters (1979) looks a whole lot better than the bootlegged version lost down the back of the sofa in the video nasty era, but apart from its iconic zombie-vs.-shark sequence, it has little to offer today’s audience beyond nostalgia for its own sake and the perfect opportunity for a nap – something which its shuffling pace induced in many of those present, who met all the sexism and splatter with an audible snore.

Similarly the closing film, Christopher B. Stokes’ motel-set torture shocker The Helpers, went efficiently enough through the routines it borrowed from Psycho, Vacancy, Wrong Turn and Saw, without ever really finding its own voice. It was like being woken up by a piercing alarm clock, only to realise – too late – that it would perhaps have been better just to sleep through it.

Fortunately the very best films came early, before exhaustion and ennui had set in. The opener, Richard Bates Jr.’s striking feature debut Excision, starts off as a darkly comic satire of adolescent angst in suburbia, pitched somewhere in the penumbra between Heathers and Welcome to the Dollhouse, before its alienated heroine’s sociopathic side takes over completely, and the bloody scenarios of her fantasy life begin, inevitably, to be acted out in a deluded, May-like reality.

It is a disturbing tale pitting mother against daughter and science against religion, with a fiercely fearless performance from AnnaLynne McCord as gawky, greasy-haired Pauline. Surrounded by a cast (Traci Lords, Malcolm Mcdowell, John Waters, Ray Wise) known for their own transgressive youth but here all playing adult authority figures, the troubled teen cuts a fine surgical line between comedy, tragedy and harrowing horror.

“It’s a tricky intellectual European comment about the Western world,” said Pascal Laugier in his Q&A after The Tall Man. This might sound an overinflated claim for a film about small-town abductions, but the writer-director has not, since polarising viewers in 2008 with Martyrs, lost any of his talent for importing broader themes under the guise of expertly mixed and manipulated genre gestures – even if Laugier has abandoned his aesthetics of shock and gore. As a widowed nurse (Jessica Biel, never better) in a dead-end community finds herself being drawn into the local mythology about a child-snatching ‘tall man’, Laugier repeatedly pulls the rug from under the viewer with a series of skilfully managed twists that chagrin without ever cheating.

The Tall Man turns out to be concerned with a kind of interventionist mindset (not unlike US foreign policy, or the First World’s attitude to the Third) that verges on fascism – and although the unfolding of the plot depends upon several narrative equivocations that force our sympathies to keep shifting to different sides of a difficult argument, the ambiguity with which it ends is entirely moral. So for all this thriller’s tautness, its true horror emerges from the uncomfortable ethical questions that it poses – and leaves us to answer for ourselves in the dark. This was, along with Excision, Hallowe’en perfection: tricky treats to provide nourishment for the whole night long.