By the end of the festival, survivalist thriller Calibre was already available on Netflix, but it wasn’t the only Scottish feature in the lineup worth seeking out, from Mark Cousins’s split-screen analysis of Hollywood and race to a musical zombie comedy and more. 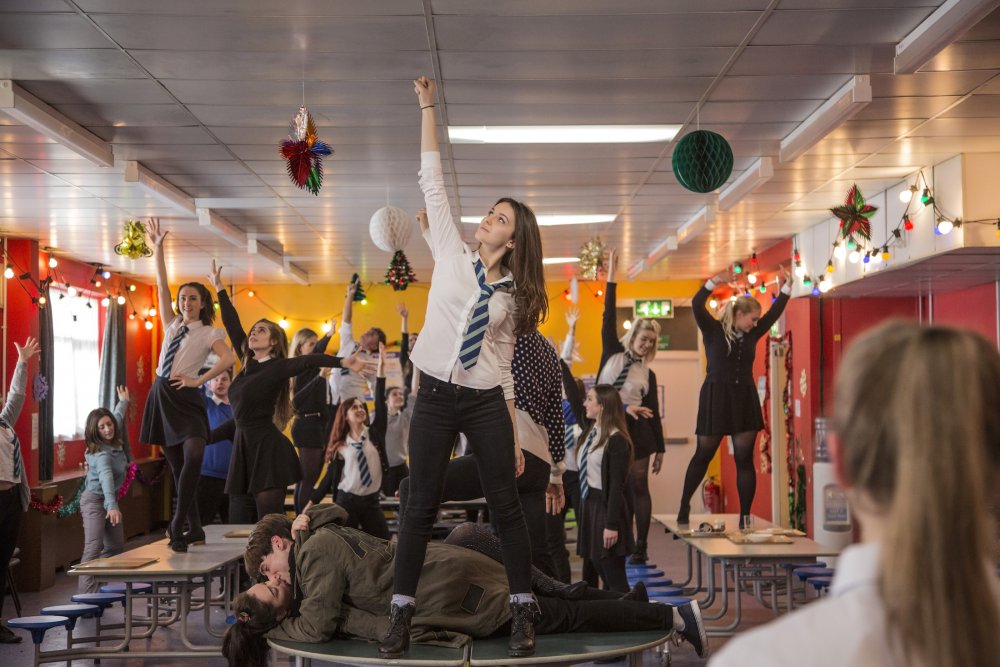 Before launching its full programme, the 72nd Edinburgh International Film Festival announced the films in the lineup with notable Scottish connections. It’s standard practice for this festival, presumably tied to obligations to sponsors such as Creative Scotland, to give the slate of local productions a profile-boost before breaking out the international big guns.

Of late, this tease has proved more foreboding than enticing. With a few exceptions (such as Peter Strickland’s Berberian Sound Studio), the quality of British features receiving their world premiere at the festival in recent years has been especially patchy, and a number of the particularly dire ones have, in my experience, been those with a local connection. Romantic comedy Scottish Mussel (2016) may still be the worst feature I’ve seen at any film festival.

This year’s Scots-focused preview looked more promising, however, both for the world premieres as well as titles accruing buzz from festivals abroad. Despite the odd dud, the quality, variety and, in some cases, ambition of the features under the broad banner of Scottish filmmaking proved reflective of the state of this year’s programme as a whole.

I should mention that I skipped a few films on the list for varying reasons. Two documentaries, Time Trial, about Scottish cyclist David Millar, and Kevin Macdonald’s Whitney, went on general release as the festival wrapped up or right after. [Both are reviewed in the July 2018 issue of Sight & Sound.] I missed Scottish-linked animations Vitello and Princess Emmy due to unfortunate screening clashes. I also missed Almost Fashionable: A Film About Travis, directed by the Scottish band’s frontman Fran Healy, in which the group invite a journalist who’s never liked their work to accompany them on their latest tour. The last of these won the festival’s Audience Award.

Elsewhere, the presence of Scottish actors in international productions, such as Kelly Macdonald’s appearance in American festival opener Puzzle, seemed too tenuous a connection to spotlight here. However, star power plays a big part in the success of the definitely Scotland-made Calibre, though it is a calling card for two rising talents who may not make many more low budget films like this going forward. The debut feature of Edinburgh-based writer-director Matt Palmer, it sees Jack Lowden (Dunkirk) and Martin McCann (The Survivalist) play friends whose Highlands hunting trip goes terribly wrong after a bullet aimed at a deer ends up killing another human approaching the creature.

Calibre is a backwoods survival thriller in the spirit of Deliverance, though, unlike John Boorman’s film, its sympathies are a lot less stacked in the favour of the city folk lying and eventually fighting for their lives. The narrative momentum is relentless and the setup fat-free, but the characterisation is never clear-cut. The moral heft of the dilemmas is such that while you’ll probably still wish the central pair makes it out alive, you’re also inclined to think that the wronged locals, some of whom are reluctant to use violence, are completely justified in taking their vengeance-based actions.

This year’s winner of the Michael Powell Award for Best British Feature Film, Calibre was made available globally on Netflix during the festival’s close, having been acquired as an exclusive for the streaming service earlier this year. Netflix had a prominent presence at this year’s festival, also debuting bloody Belgian thriller The Most Assassinated Woman in the World. The company additionally made a cameo in Mark Cousins’ documentary The Eyes of Orson Welles, with one of their adverts appearing prominently in Times Square in one sequence. It’s an amusing detail given the recent uproar at Cannes over the cancelled premiere of Welles’ The Other Side of the Wind, which the distributor helped to reach completion decades after the director’s death.

The Welles doc will soon see a theatrical run, possibly unlike the actual Welles film, so I’ll focus on Edinburgh-based Cousins’ other project in the festival, the likely future distribution of which seems unclear. Cousins introduced the first showing of Storm in My Heart with the caveat that it was probably the strangest film to ever play at that particular Odeon multiplex. It involves two films playing at the same time in varying corners of the screen. Both are about music and set around war, and they share the same distributor, DP, art director and some other crew. One, With a Song in My Heart (1952), stars Susan Hayward, while the other, Stormy Weather (1943), stars Lena Horne. Both actors were born on the same day, 30 June 1917, and both in Brooklyn, yet went on to have radically different careers in Hollywood. Caucasian Hayward was Oscar-nominated five times, while African-American Horne only had that one leading role in cinema. 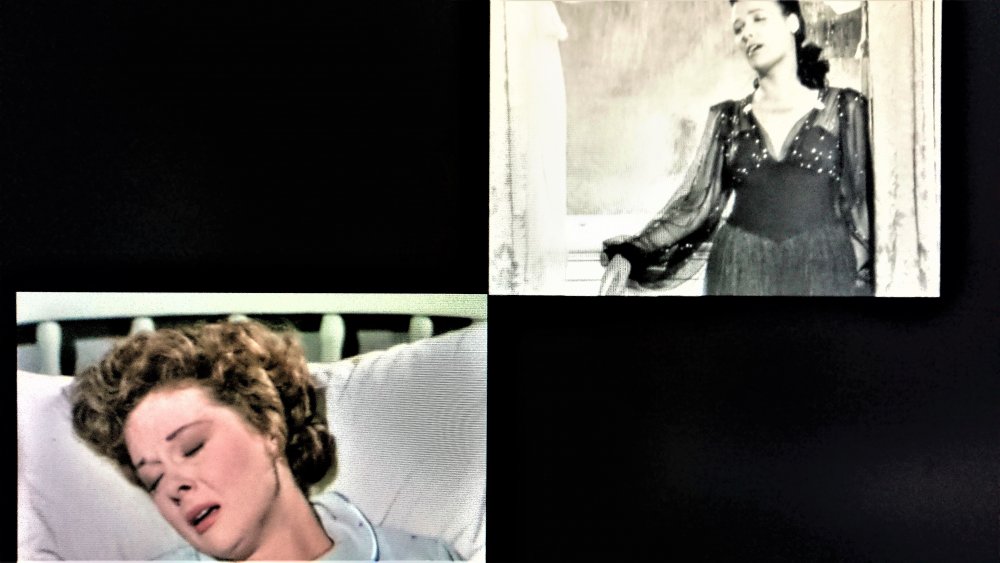 Intercutting the two films, and eventually also incorporating Horne-soundtracked political short Now (1965), Cousins peppers the onscreen spaces between them with text stories of the actors’ respective careers, offering a dual portrait of their times and of how Hollywood’s narrow-minded practices influenced both their paths. As an experiment, it’s a fascinating, overwhelming experience. Cousins’ claim that “you ain’t seen nothing like this” proved to be accurate.

While some of its pleasures were certainly reminiscent of existing films, “you ain’t seen nothing like this” also applied to Anna and the Apocalypse, which, by all accounts, is the world’s first Christmas-set high-school zombie musical comedy. I found it very endearing, despite perhaps being overlong, and hope that, alongside Calibre, it’s a sign of promise in terms of Scottish genre filmmaking.

As music-based films go, Anna was certainly more engaging than Dirt Road to Lafayette, a tale of an estranged Scottish father and son visiting relatives in the American South, where the boy discovers blues music and goes on a journey of self-discovery. While David O’Hara, as the father, has a compelling withered face, the story beats prove too forced and familiar, and the whole quite lifeless. 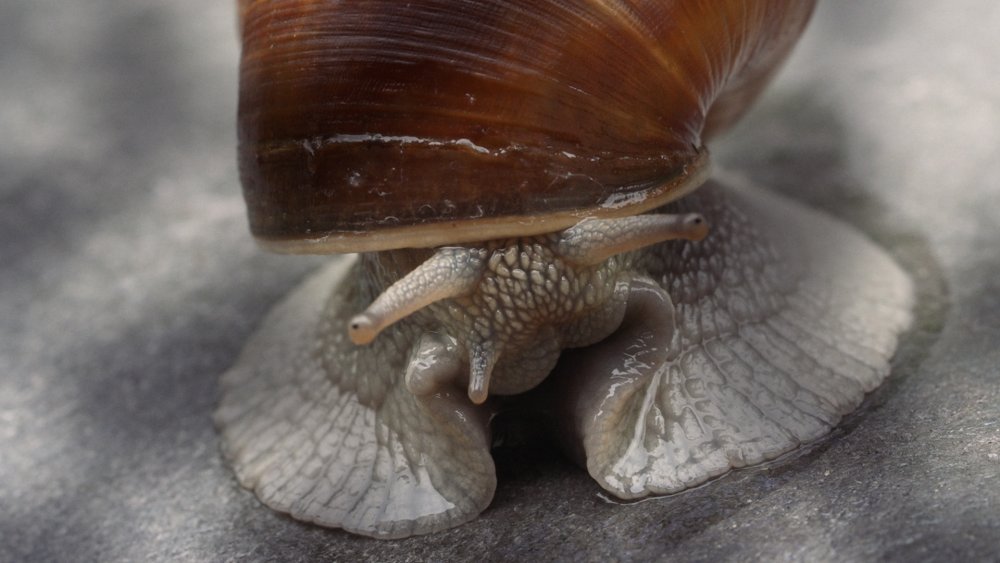 Something actually new and full of life came in the form of freewheeling audiovisual essay Becoming Animal, a collaboration between Scottish filmmaker Emma Davie and Swiss-Canadian Peter Mettler. With input from philosopher David Abram and shot in one of North America’s most intact ecosystems, the film explores notions of animism and the effects of language on our perception of the natural world. Although a largely meditative experiment, some surprising late shifts in the cinematography, in which the camera appears strapped to one of the park’s flying residents, brought to mind the more visceral documentary Leviathan (2012). The soundscapes, in particular, make a big-screen viewing recommended.

Finally, Ece Ger’s charming documentary Meeting Jim sounded on paper like an exercise in navel-gazing: a profile of networker supreme Jim Haynes, credited as a key influencer on the development of Edinburgh’s festivals. But Ger’s demonstration of Haynes’ impact on British arts scenes since the 1960s, and the effusive praise of the film’s interviewees, justifies its inclusion. A self-proclaimed world citizen, Hayne’s only apparent desire is to bring as many people together as possible. The film ends with his contact details appearing onscreen for any viewer who may want a favour, though one wonders how many audience members who weren’t critics already taking notes got a record of them in time.