The snow may have cancelled some screenings this year, but these three notable debut features by local filmmakers warmed up a festival whose global clout is steadily increasing. 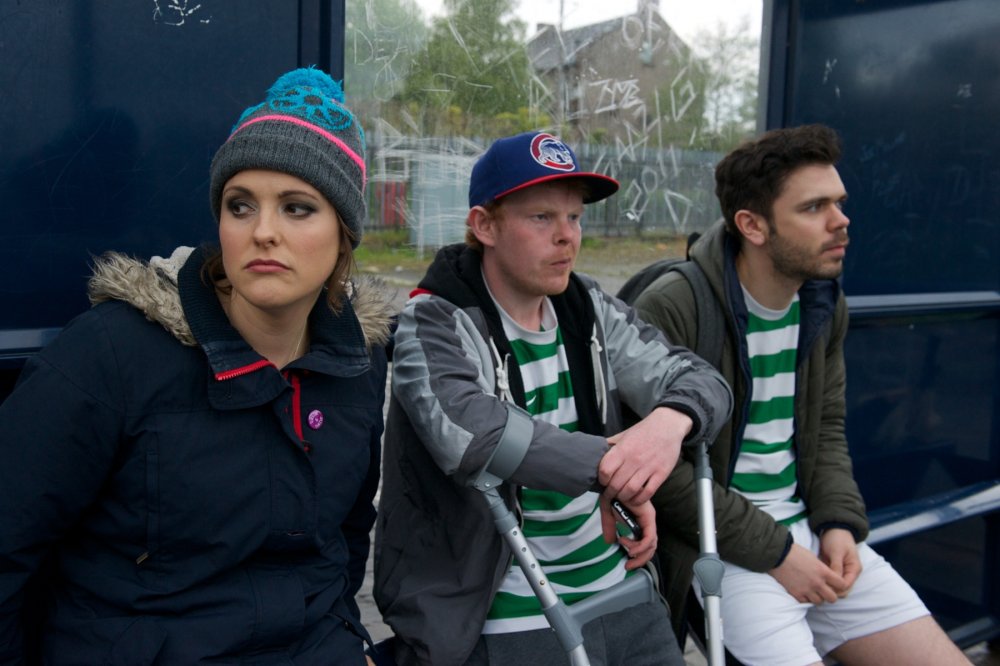 This year’s Glasgow Film Festival was hit by an unprecedented series of setbacks, largely thanks to the combined efforts of Storm Emma and the cold wave dubbed the ‘Beast from the East’. Across three days in its second week, dozens of screenings and events were cancelled due to snow-related safety risks, while much of the talent scheduled to appear, as well as attendees not staying in Glasgow, were unable to reach the city.

It’s one thing for a cancellation to impede the UK or Scottish launch of a film receiving distribution later in the year anyway, but another if it’s the very first public showing anywhere that’s under threat. In recent years, GFF has become a more prominent platform for internationally recognised Scottish talent to debut their latest projects, not just as a Scottish, British or European premiere. The 2017 instalment of the festival closed with the world premiere of Mad to Be Normal, a biopic of Scottish psychiatrist R.D. Laing starring David Tennant. The 2016 festival had the launch of critically acclaimed documentary Where You’re Meant to Be, which follows musician Aidan Moffat, best known for the band Arab Strap, as he explores Scotland’s past by touring and rewriting its oldest folk songs. 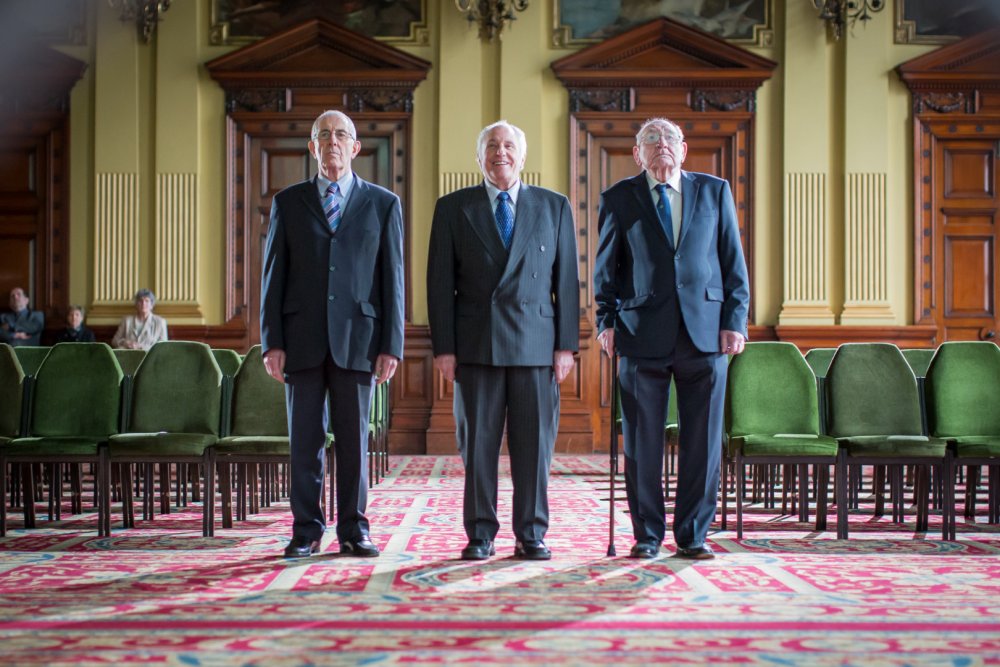 Although it has various industry events on offer, the 14-year-old GFF has always been perceived as a festival more for the public than the press – a different entity from its much older cousin in Edinburgh (the other Beast from the East), which often presents the global debut of at least a few features, usually British productions competing for its Michael Powell award. That said, Glasgow’s move towards world premieres in recent years, and ones from increasingly high-profile sources, suggests competition between the two festivals on a more equal footing may soon be possible.

The quantity of world premieres rose again at this year’s festival, three of which were Scotland-made and debut features from filmmakers who had made their name with shorts to varying degrees of acclaim. Thankfully, considering two of them debuted after the snowstorms, their scheduled red-carpet gala treatments weren’t put on ice. 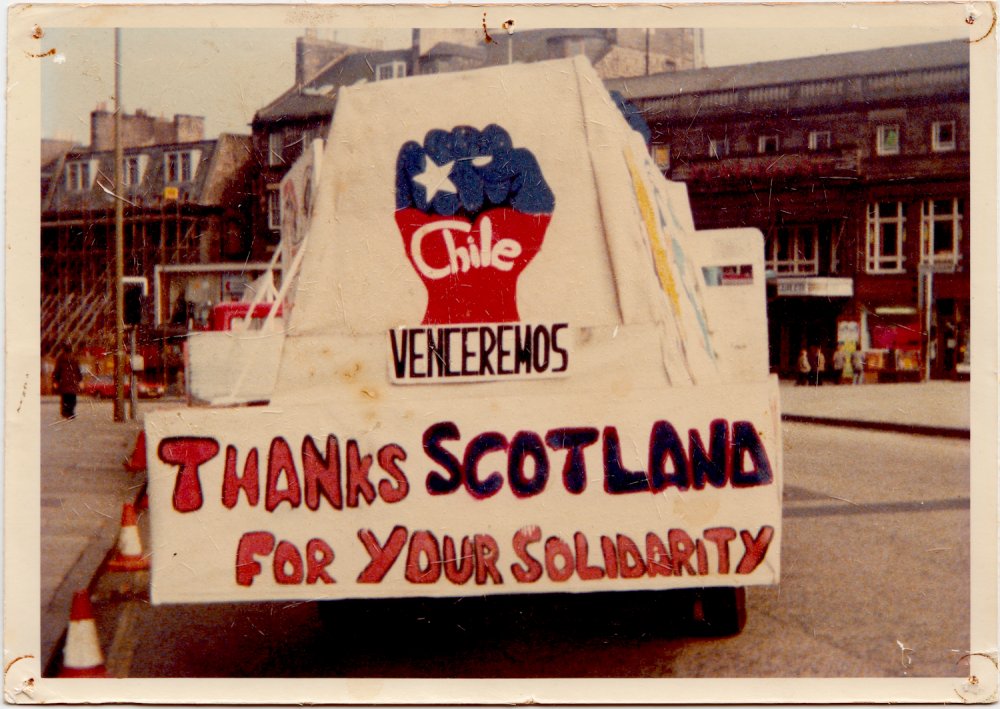 Speaking of disruptions, the festival’s closing-night world premiere, documentary Nae Pasaran (onscreen title: ¡Nae Pasaran!), is all about how individual actions have the power to change the world. An expansion of Felipe Bustos Sierra’s award-winning short, it details how a group of 1970s Rolls Royce factory workers in East Kilbride, Scotland, showed their support for the people of Chile by refusing to perform vital inspections of engines for planes used by the Pinochet dictatorship for domestic repression, thus grounding half of the air force.

Edinburgh-based Sierra, whose father was a Chilean journalist living in exile in Belgium, reunites key players from the factory, all of whom have a delectable wit, to tell their story, while also offering an overview of the dictatorship’s horrors; meeting survivors of the period and hearing the side of the events from those who benefited from the Scots’ stand of solidarity. As posited by one party in the film, it was “an anecdote barely remembered, but it is extremely important”, and the documentary has an intensely emotional quality as its protagonists discover the true extent to which their boycott has resonated with Chilean survivors for decades.

Of the Scotland-made world premieres, The Party’s Just Beginning came from the highest-profile source, given that it’s the feature writing-directing debut of actor Karen Gillan, currently a blockbuster regular thanks to Jumanji: Welcome to the Jungle and her role in the Marvel Studios films. Gillan also stars as Luisaidh, a twentysomething living in Inverness who’s been in a downward spiral since the suicide nearly a year prior of her best friend Alistair (Matthew Beard), who’d been in a romantic relationship with a closeted member of the Church.

It feels trite to compare any Scottish film concerning youth, depravity and drug addiction to Trainspotting, but the best parts of Gillan’s debut do bring to mind the early days of Danny Boyle, particularly in their shared penchant for abrasive humour and flashy though effective visual and aural tricks. One such example comes in the opening sequence, in which Luisaidh’s drunken rant about her woes in a pub also appears as on-screen text in a karaoke lyric font, all while she wields a microphone but neglects to actually sing along to The Communards’ Don’t Leave Me This Way. This same track then scores a series of various debaucheries on a bleak midwinter night, akin to Boyle’s use of Iggy Pop’s Lust for Life in Trainspotting’s mission statement opening; variations on this instrumental become a recurring motif throughout the film.

The direction is punchy, but the writing is where The Party’s Just Beginning falters. In a post-film Q&A, Gillan discussed how the film’s inception was inspired by the high rate of male suicide in the Highlands, and the film is peppered with a number of suicidally inclined individuals in its margins or in prominent supporting parts. The major dramatic thrust of the film concerns how Luisaidh is affected by the suicide of best friend Alistair, but a flashback about halfway through reveals Alistair had begun coming out as a trans woman and was seeking gender reassignment surgery. This not only opens a can of worms concerning misgendering, if the intent was to spotlight male suicide, but it’s also one of many sensitive topics thrown in that require a certain degree of care and respect that they don’t really get; the uses of sexuality and gender anxieties feel exploitative. Added to which, the depiction of incidents concerning overdosing and rape also lack a certain sensitivity, albeit not with deliberate malice. 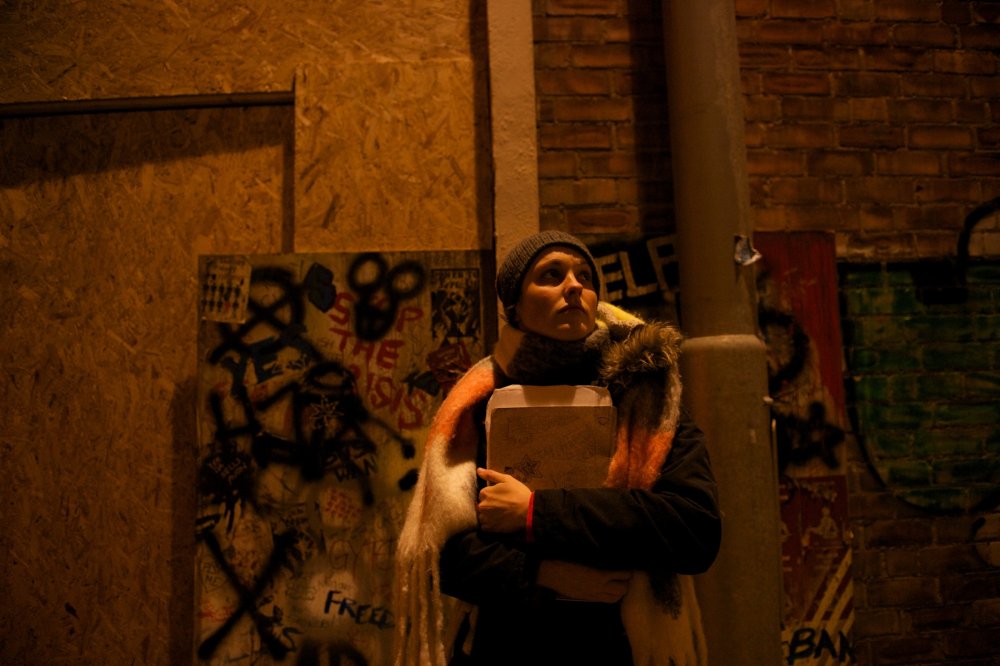 While Gillan’s film struggles to sustain the right tone, a similar concern haunts Super November, from BAFTA Scotland-nominated director Douglas King, written by and starring regular shorts collaborator Josie Long. For its opening stretch it’s a romantic comedy, largely set around Glasgow and Clydebank, in the mould of the mumblecore movement – one of the film’s credited production companies is, in fact, named Caledonian Mumblecore Ltd.

Loved-up librarian Josie (Long) thinks she’s found her soulmate in Mikey (Sean Biggerstaff), despite teasing by friends Darren (Darren Osborne) and Roddy (James Allenby-Kirk). Something sinister lurks in the background, though, in the surrounding noise of news coverage, and about halfway through – six months on in the film’s world – the UK has been plunged into a political crisis after a rightwing coup takes over the government, launching an authoritarian regime.

King and company stretch their very limited budget to its edges, with the strongest world-building coming from poster propaganda and Guardian op-ed parodies in the run-up to the coup. The film’s slight but with affable charm and brisk pacing, and as a portrait of the harshness of the abruptly changing world we live in, it felt particularly suited to a festival suddenly thrown off-course by forces beyond its control.