A festival in the crowd: some highlights of Edinburgh 2016

Two top fiction scoops from Venice (The Fits) and Rotterdam (Suntan), some passably intriguing documentaries and a handful of offbeat event-films and happenings were the best of a festival still searching for its new niche. 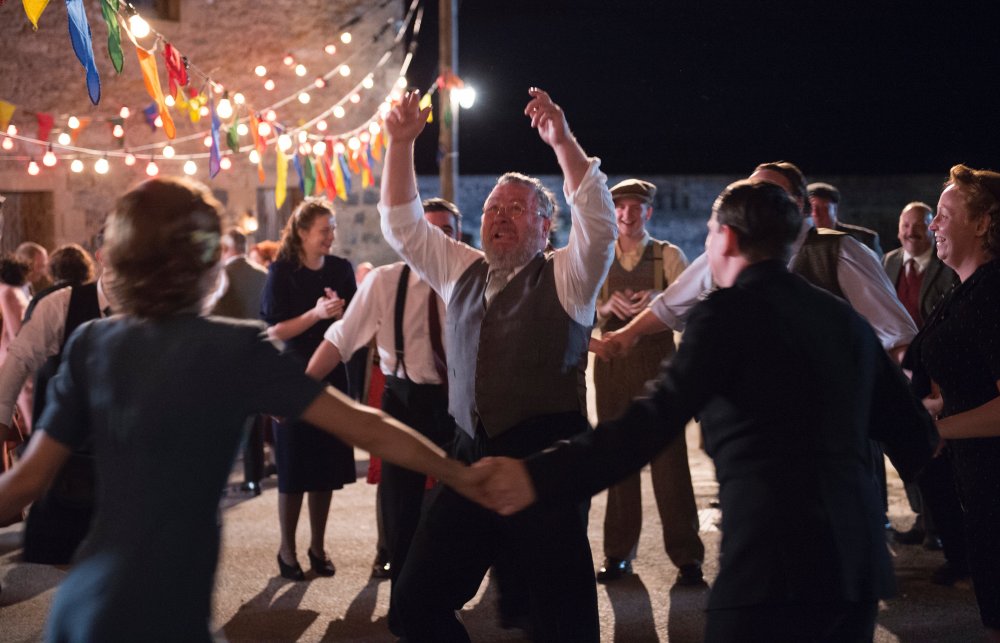 The four days I spent attending the 70th Edinburgh International Film Festival happened between the high of a brief holiday in Argyll and the profound low of the Brexit result. I mention these bookends because they may have fed into the low-key feelings I had about this year’s Edinburgh edition.

Mark Adams’s first full year as director produced a programme with something for everyone. It looked generous, detailed and zestful. As with most film festivals today, the aim of Adams and his team seems to be to gather in films that range all across the smorgasbord of taste, from the deliberately trashy to the high-minded to the experimental. The festival seems at times like it has more strands than a bowl of spaghetti with a dense ragu of industry events sprinkled on top. It’s a filling dish alright, but what does it nourish?

Films with an obvious appeal to local feeling and politics provided the frame, with Scotland-set productions providing the fare for opening night (Jason Connery’s Tommy’s Honour) and closing night (Gillies MacKinnon’s remake of Whisky Galore), and many Scots-connected productions scattered throughout the programme. Such deference to domestic talent will presumably stand the festival in good stead in terms of future political and financial support. 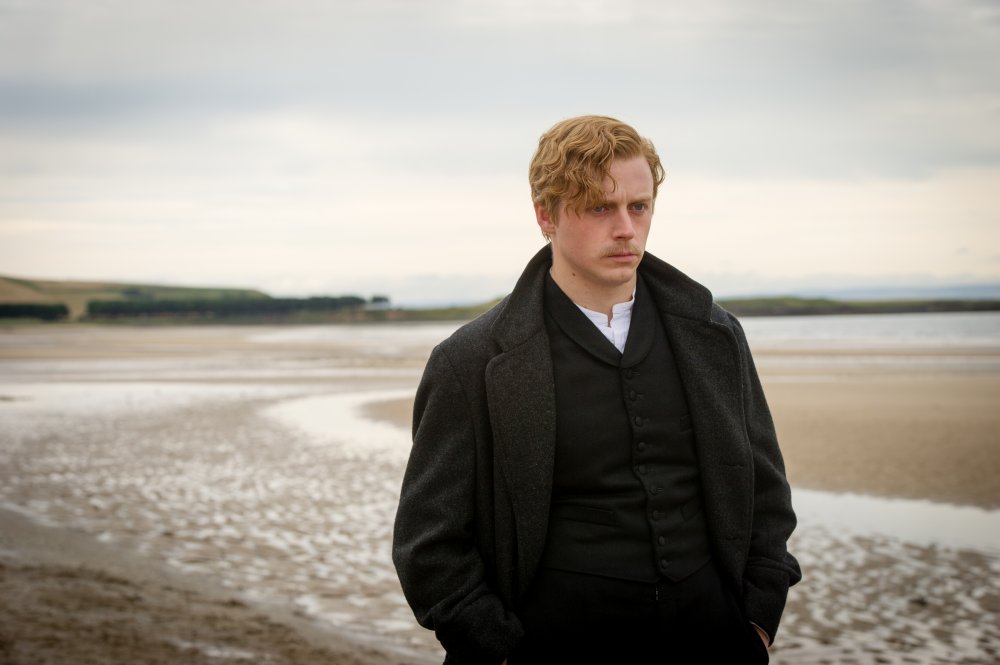 Of course, in a five-day visit you can only sample what you can squeeze in. I managed to see 19 films, which I break down here as follows: two weak British comedies (Brakes, Adult Life Skills); three engaging but stretched documentaries (Chicago Boys, Lost in France, The Lovers and the Despot); three ultimately disappointing walks on the weird side of comedy (Karaoke Crazies, The Virgin Psychics, The Love Witch); a typical Giuseppe Tornatore kitsch-fest (The Correspondence); a predictable if well-acted western (Forsaken) – bear with me, it’s gets better; three solid achievements (Rebecca Miller’s well-crafted New York relationship comedy Maggie’s Plan, Thomas Vinterberg’s tight ensemble piece The Commune, Diego Luna’s engaging Danny Glover-vehicle road movie Mr. Pig); four stimulating propositions (The Childhood of a Leader, Yesterday’s History, Bigger than The Shining, The Fits); a regrettable revisit to a formerly-cherished film (Diva); and one typical festival success (Suntan).

I’ve done this skim sample to give you a quick flavour of the whole. It might look like a reasonable diet, but for me too many titles were acceptable rather than thrilling. Three – Adult Life Skills, Maggie’s Plan and The Commune – went on general release shortly after the festival, so they’re widely reviewed by now. The three documentaries, despite their fascinating subjects, all betrayed the sense of marking time to justify their feature length. 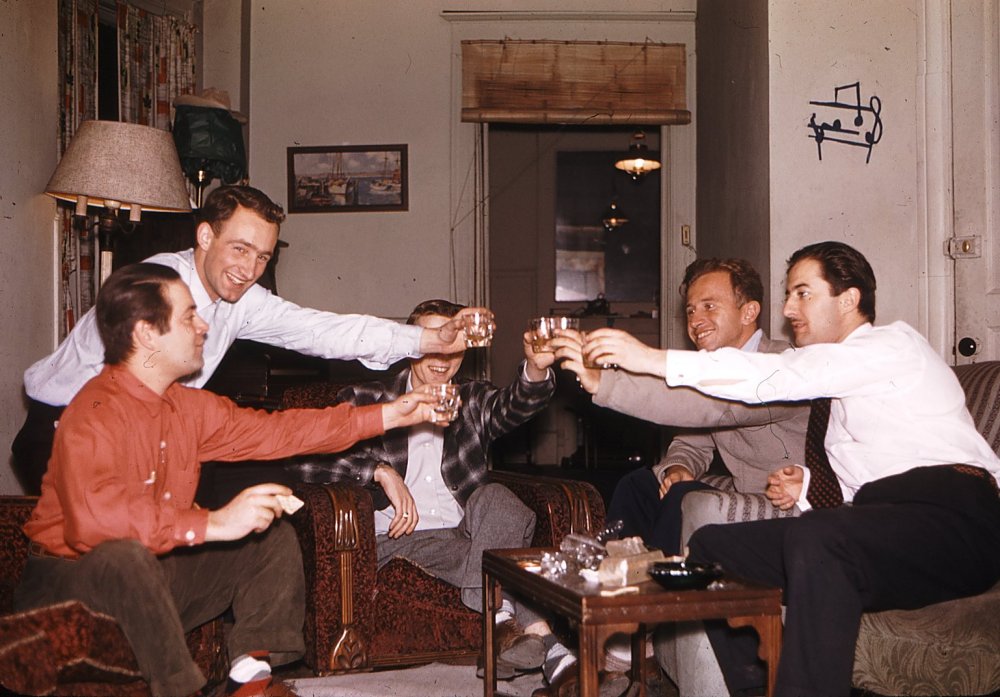 Carola Fuentes and Rafael Valdeavellano’s Chicago Boys, for instance – about a group of Milton Friedmanite economists who claim to have transformed Chile’s economy with free-market values – came on stealthily as if it would go against the historical grain and be a controversial anti-Allende, pro-Pinochet work. But having won our attention or outrage that way, it dragged out its pre-history of how the ‘boys’ all knew each other with too many mood shots of archive and period music before finally producing a political volte face that bears mild traces of The Act of Killing.

Ross Adam and Robert Cannon’s The Lovers and the Despot has the more gripping real-life tale to tell. In 1978, South Korean movie star Choi Eun-lee and her much-feted director husband Shin Sang-okk were kidnapped, separately, by North Korean agents under the orders of dictator Kim Jong-il. Eventually they were obliged to make movies for Kim, and Sang-ok was given seemingly unlimited artistic freedom in the making of them. The most fascinating aspect of this film however is that Sang-ok was able to record personal conversations he had with Kim. Nonetheless this documentary pads itself out in exactly the same fashion as The Chicago Boys. 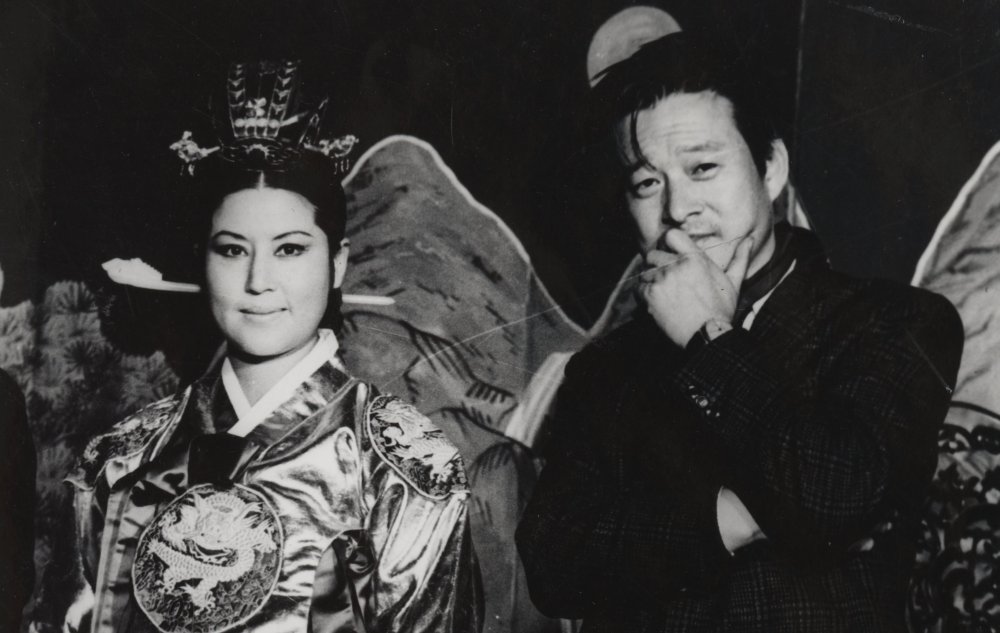 But more music would have helped Lost in France, since it was about a whole tribe of musicians – Mogwai, The Delgados, R.M. Hubbert, members of Franz Ferdinand – who had recorded for Chemikal records from the mid-90s onwards, and were now on a return trip to a French small-town gig as struggling middle-aged rockers in a fading marketplace. Music docs tend to be parsimonious with complete performances of songs, usually for rights-costs reasons. The bandfolk here seem basically nice people, but I needed more demonstrations of their talent to sympathise with their rather ordinary, repetitive nostalgia and laments. 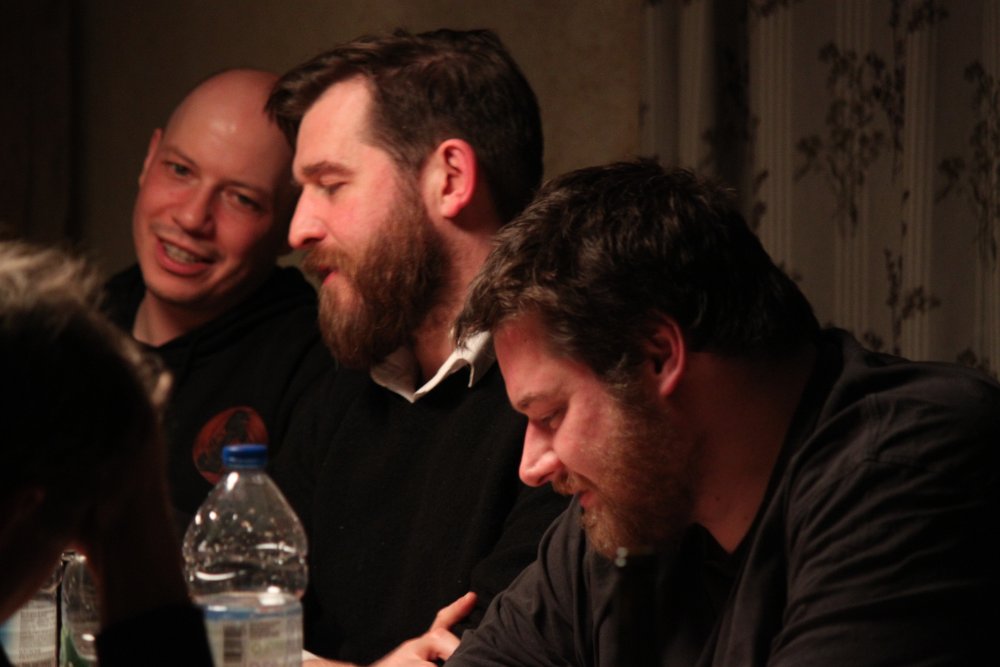 On the positive fictional side, any low-budget fiction debut would be hard pressed to compete with Anna Rose Holmer’s The Fits, which debuted at Sundance and keeps its lens firmly on the distinctive face, head and, occasionally, body of 11-year-old African-American actress Royalty Hightower in order to keep us close to her interiority. Her compact and powerful young form is all the more aesthetically arresting because of the careful way it’s shot.

She plays Toni, a lonesome tomboy who spends much of her time mooching around and helping out her elder brother, a boxer, at the local Cincinnati gym. Soon, however, she becomes fascinated by the confrontational female street-dance troupe, the Lionesses, who practice in an adjacent room. Through Toni’s eyes, as she attempts to become one of them, we witness a sudden rash of fainting fits among the performers. How Toni relates to this becomes a defining moment. If there’s a more emotionally exact film about pre-pubescence, I can’t think of it. 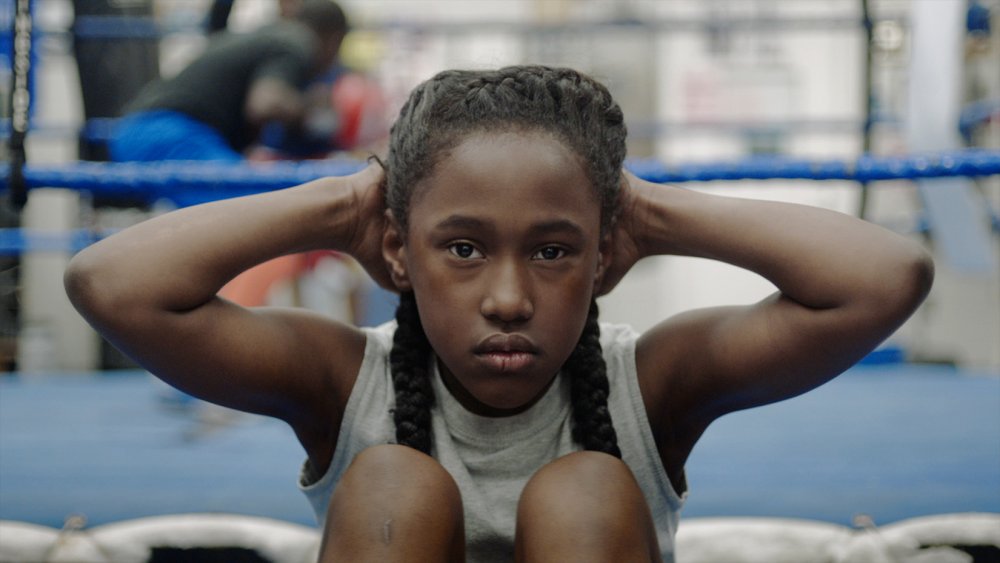 Nearly as excellent was Argyris Papadimitropoulos’s Suntan, a study of envy, desire and ageing with a terrific premise that was in Rotterdam earlier this year. In winter chubby, unprepossessing 42-year-old Dr. Kostis (Makis Papdimitriou) is posted to the Greek island of Antiparos, whose out-of-season population is just 800 ordinary souls much like himself. Come summer, however, his surgery is invaded by a group of gorgeous young hedonists, including Anna (Elli Tringou), whose lithe brown legs have been scratched up and lacerated in a fall.

While he cleans up her wounds, her open friendliness and the frivolity and unashamed forwardness of her friends fascinates Kostis. At first, when Kostis turns up at their nude bathing beach, the group adopt him as a fun pal, but when his burgeoning obsession with Anna becomes clear they shun him, causing his life to spiral out of control. There’s an undercurrent of black humour here like that found in the work of fellow Greeks Yorgos Lanthimos and Athina Rachel Tsangari, but Suntan is much more conventional film than theirs, and if it never quite lives up to its insightful premise, it is nonetheless a work of high quality.

For me, though, it was the more thoughtful and experimental elements of EIFF’s programming that proved most substantial. Martine Pierquin’s’s lecture A Celebration and Critical Appraisal of the Cinéma du Look of the 1980s, which made up EIFF’s main retrospective, was enjoyably basic (understandably so given the 75 minutes allotted). She talked about the distinguishing advertising stylistics of Jean-Jacques Beineix, Luc Besson and, to a lesser extent, Leos Carax, and blamed the ‘look’s’ demise on the latter’s huge overspend on Les amants du pont neuf (1991).

My one caveat was the absence (from the retrospective and the talk) of Beineix’s The Moon in the Gutter. Yes, the film was a box-office flop, but for all its well-noted excess, for me it was a key film in that decade’s ‘new romanticism’, its re-entanglement with film noir and its rapprochement with kitsch under the cloak of irony. But then again my view is based on my memory of seeing the film at the time, a test that the once-beloved 1980s VHS hit Diva totally failed when I watched it again at EIFF. What excited so many of us back then now seems like a shallow exercise in chic juxtapositions of high and low culture, notable only for perhaps creating an archetype of the manic pixie dream girl: Thuy Ann Luu’s Alba. 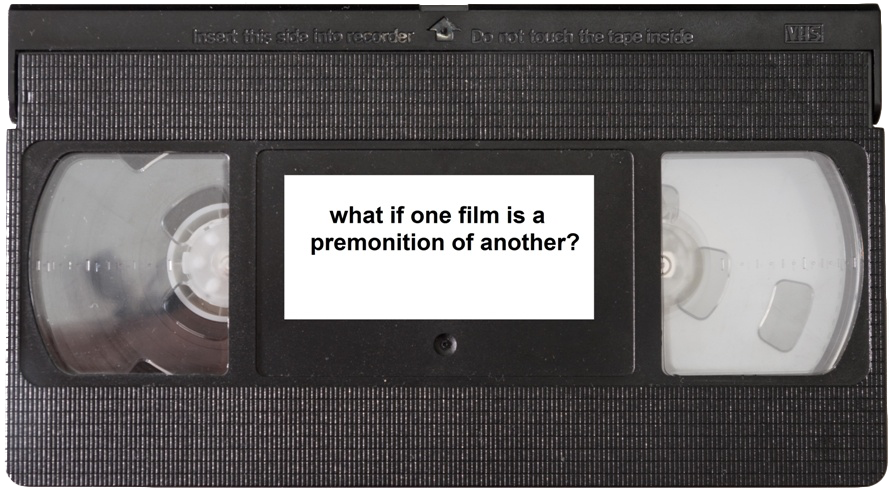 Bigger than The Shining, S&S columnist Mark Cousins’s latest directorial challenge to us all to think harder about film, pits imagery from two key films in both opposition and synthesis to enrich their ideas about the destructive paterfamilias. The title gives the clue as to which classic films they are (some coyness is necessary here since the chances to see it are deliberately limited because of potential legal niceties) and Cousins, with his excellent editor Timo Langer, startle with their manipulation of familiar images made unfamiliar by the new context of comparison and contrast. In a way this is less a film in itself than a visual incitement to debate, at which it succeeded brilliantly in Edinburgh where, by the end of the post-screening chat, the room was humming with excitement at the possibility of more such experiments to come.

I was impressed by most of Fiona Tan’s impressionistic portrait-cum-essay History’s Future, which is centred on a man with amnesia trying to rebuild his identity after a violent attack on him. Tan co-wrote the film with my critical colleague Jonathan Romney (I’m assuming all the good lines were hers, but perhaps not). Mark O’Halloran embodies Tan’s questing soul with just the right amount of dissociative confusion and emotional searching. Despite wild changes of tone and the odd superfluous scene, History’s Future dazzles at times, and shows that Tan is a director of tremendous promise. 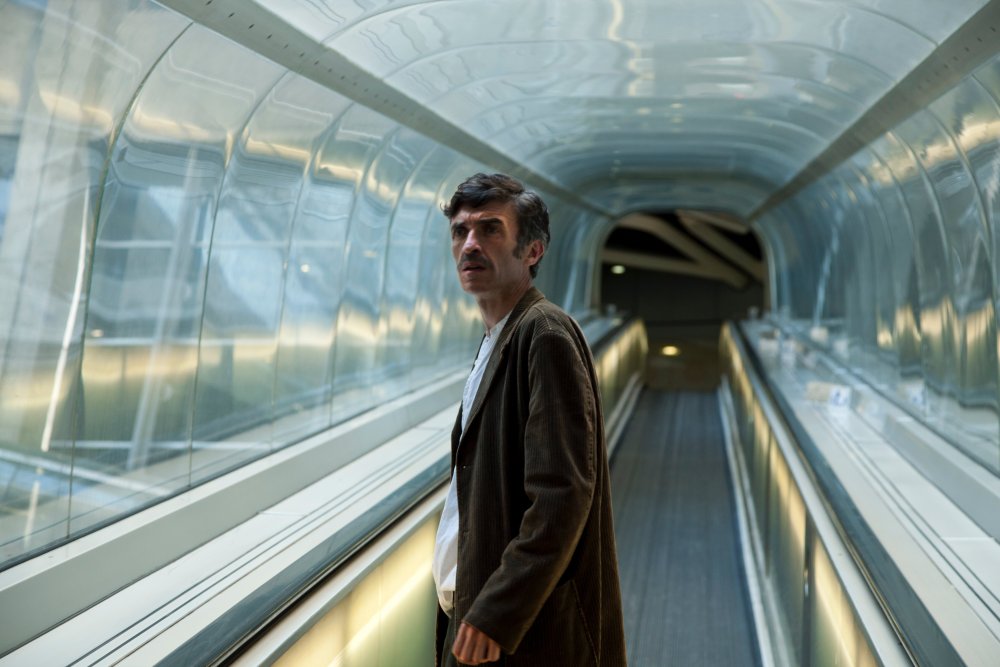 These last two works involve friends of mine, so it’s harder for me to make the suggestion stick, but I would argue that it’s by finding far more of these exciting experimental event-works like Bigger than The Shining, History’s Future and particularly the rare screening of Lizzie Borden’s Regrouping [see Sophie Mayer’s report], to programme in parallel with the mainstream fare, that Edinburgh could once again find a more distinguishing profile to present to the world. At the moment, though the audiences are there, and the Filmhouse is jammed all the time, it’s just too average a film festival. If it wants to regain the cultural significance it had from the 1970s to the 2000s, it needs to stand out more from the rest.