Film of the week: The Fits explores the feints and bounds of girlhood

This intensely physical debut film from Anna Rose Holmer sets its tale of growing up, fitting in and breaking out in a community gym where a teenage tomboy exchanges her boxing gloves for a sequinned leotard. But does it duck the challenge of addressing social questions? 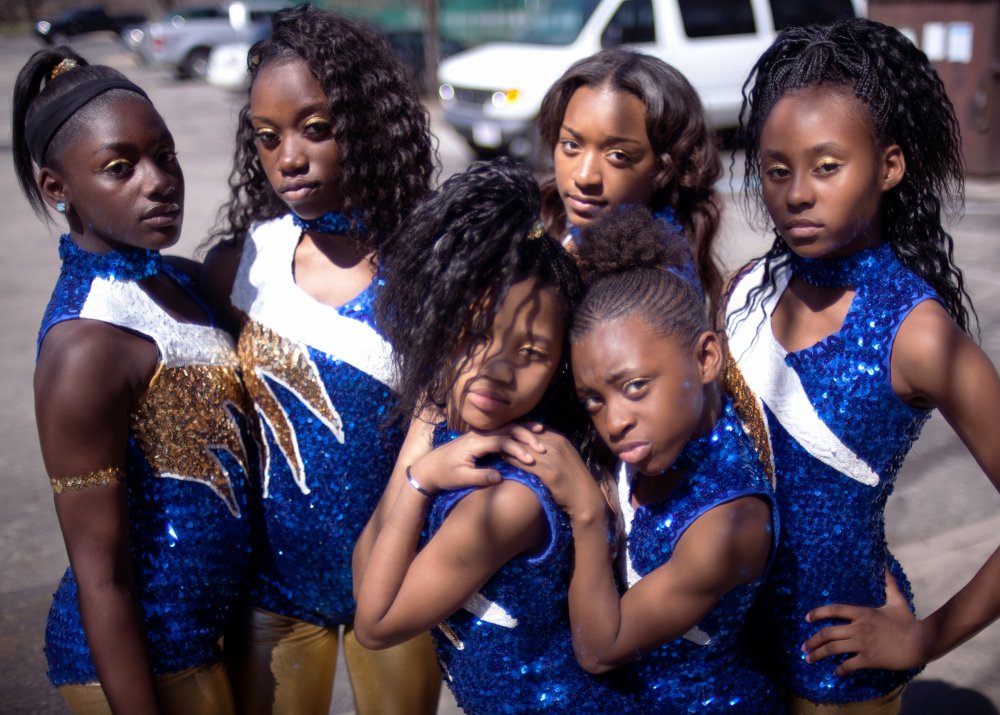 Anna Rose Holmer’s first feature (which was financially supported by the Venice Biennale College) made a big splash on the 2016-17 international festival circuit, earning a raft of nominations and awards. It is indeed an impressive debut that works strongly on a purely cinematic level. The Fits is a film built on the senses: looking, listening, moving, dancing, hitting. The image that remains in the mind is that of its young heroine Toni (Royalty Hightower), and especially her unwavering gaze as she observes her surroundings: a Cincinnati community sports centre where young black men train for boxing, and young black women rehearse for drill dancing.

The mysterious (or rather polyvalent) title refers on an explicit level to the epileptic-style ‘fits’ that affect the older adolescent girls, and for which no explanation seems to be found. Holmer credits various historical cases of – mostly female – mass hysteria, from medieval ‘dancing disease’ to a contemporary dance team in Le Roy, New York, as inspiration for her film.

But this is also, on an equally obvious though more symbolic level, a film about fitting in, rites of passage and growing up. It is not difficult to read the narrative of Toni learning ‘the moves’ to fit in with the girls’ drill dance group as about learning to fit in with dominant femininity. As she gets her nails painted gold and dons the garishly coloured sequined dance costume, she tentatively begins to leave behind her tomboyish self, just as she leaves behind the male gym where her boxing-coach brother Jermaine (Da’Sean Minor) makes her train to take up the sport. 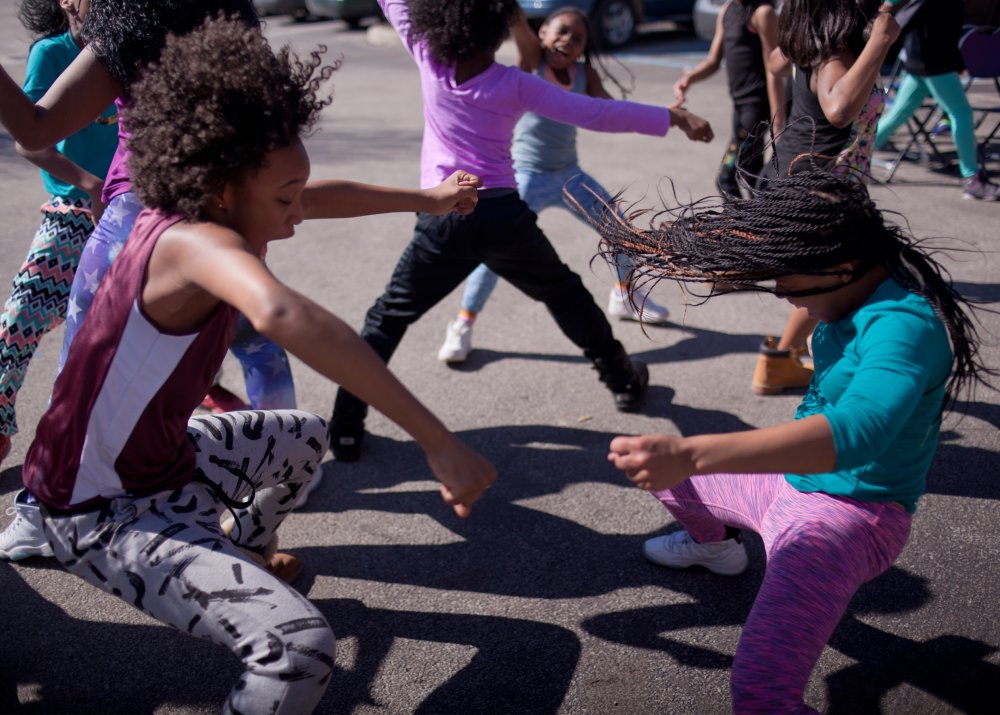 Such a narrative of a pre-adolescent search for sexual identity evokes the work of Céline Sciamma, in particular Water Lilies (2007) and Tomboy (2011). But The Fits is also reminiscent of Sciamma’s Girlhood (2014), as the work of a white middle-class female director turning her attention to a black working-class milieu.

And here the film enters a more complex, uneasy territory, treading a line between the social and the ‘poetic’. Lightly, but unambiguously, The Fits constructs its setting as a black working-class neighbourhood (the housing projects are glimpsed on a few occasions as Toni and her brother walk home). And lightly but equally clearly, the film avoids any engagement with social issues. The Fits celebrates young black women, with an accent on their bodies. The moves of the drill dance are energetic, athletic, occasionally suggestive, but also aggressive, at times like a war dance (the group call themselves The Lionesses). There is a lot of hair flipping, air punching and finger pointing. This is an intensely physical film, for which the director used real boxers and a real drill-dance team, Q-Kidz, involving them in the filmmaking process, with even ‘the fits’ choreographed. 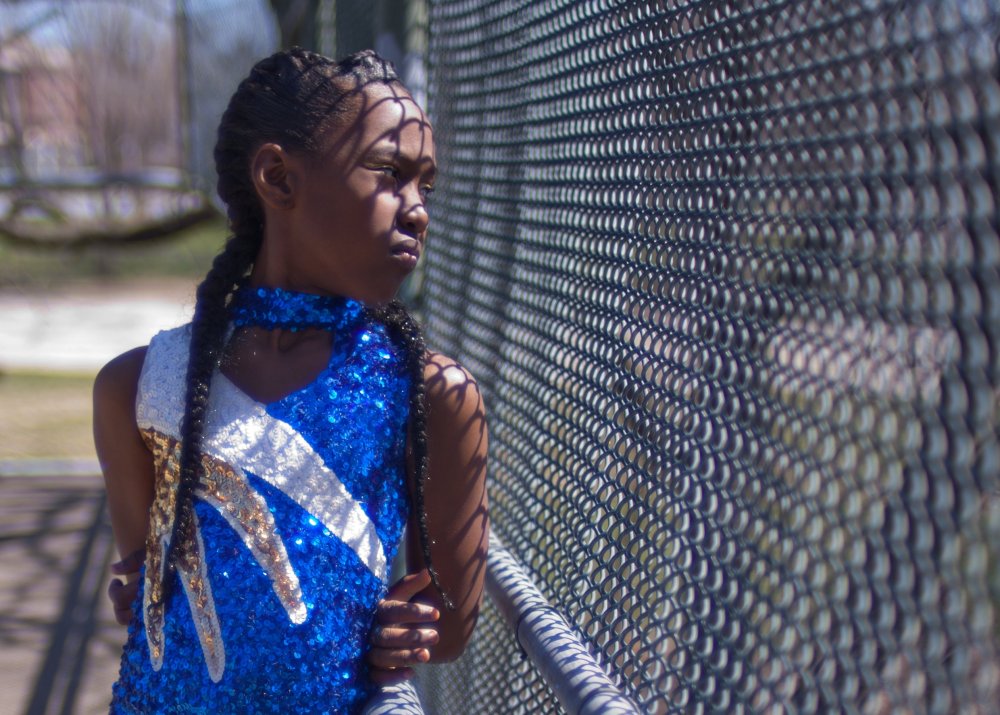 The Fits does celebrate girlhood: the easy intimacy in the changing room, the sharing of makeup, while boys remain peripheral. But if the film captures the ‘universal’ anxieties and joys of growing up female, it does so again through the body (the hysterical fits, Toni’s literal and metaphorical soaring at the end). We have no access to the girls’ wishes or ambitions, and certainly no idea of their lives outside the gym. In this sense the film is opaque and verges on the claustrophobic, placing the social in a vacuum.

This is reinforced by the stylistic decision to show Toni quietly observe the happenings around her while reducing dialogue to a minimum, leaving the soundtrack largely to silence and occasional bouts of discordant music. Rolling Stone referred to The Fits as “the girl power movie of 2016”, but it is power that yet again falls back on the trope (not to say cliché) of black people as athletes and performers.

The glimpses of dance numbers are, however, invigorating, leaving the viewer wishing for more. And throughout the film, Royalty Hightower, who was barely ten at the time of shooting, is mesmerising, able to project complex feelings through her watchful face and steady gaze. This is certainly a striking debut for her too. 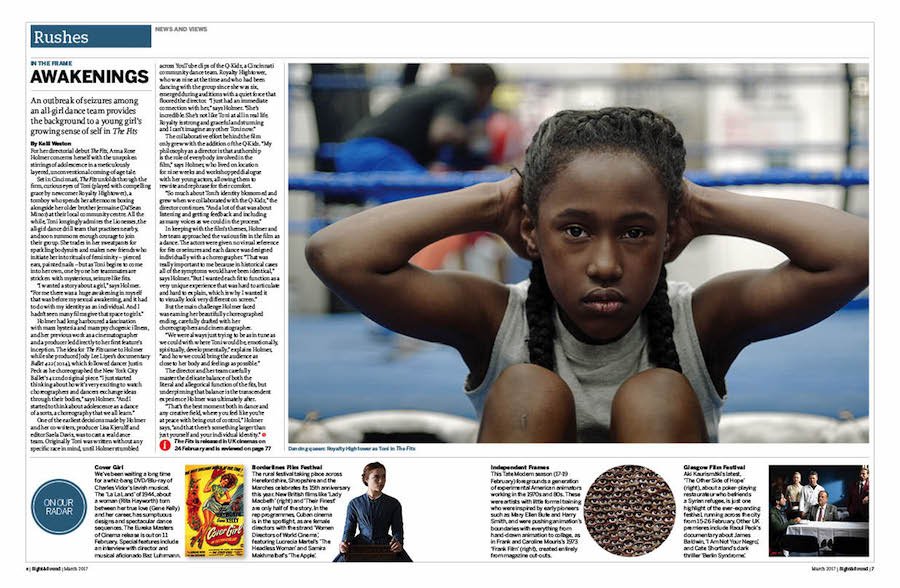 In the frame: Awakenings

An outbreak of seizures among an all-girl dance team provides the background to a young girl’s growing sense of self in The Fits. By Kelli Weston.

Related to Film of the week: The Fits explores the feints and bounds of girlhood