Film of the week: Boyhood

Twelve years go by in Richard Linklater’s ‘indie epic’, a simple, magical study of the subtle turns of life.

A number of filmmakers have adopted unorthodox formal methods in order to tackle the philosophical and practical implications of the passing of time. For his famous and unique longitudinal documentary series …Up, Michael Apted has returned to his subjects every seven years since 1964 to monitor their progress in life.

In the realm of fiction, the Filipino auteur Lav Diaz has serially attempted to impress the sheer weight of time’s march upon viewers with muted, molasses-paced films that run up to 11 hours. On a more metafictional level, François Truffaut used four features and one short over 20 years to periodically check in on the progress of his character Antoine Doinel (Jean-Pierre Léaud), while Michael Winterbottom’s Everyday (2012), which was shot over the course of five years, a few weeks at a time, charted the relationship between an imprisoned man and his family.

Everyday is probably the clearest precedent for Boyhood – Richard Linklater’s 16th feature – but it was likely conceived after it. That’s because Boyhood, which follows one youngster from first-grade to college, was shot in Texas in increments over the remarkable period of 12 years (2002-13), using the same core cast – Ellar Coltrane as the boy, Lorelei Linklater (the director’s daughter) as his sister Samantha, Patricia Arquette as mother Olivia and Ethan Hawke as father Mason Sr. – every step of the way.

Linklater approaches potentially epic, elephantine material in characteristically unassuming fashion; from his debut Slacker (1991) up to Before Midnight (2013), the director has always been more interested in hanging out with his characters and observing their interactions with their environment than imposing artificial dramatic arcs. 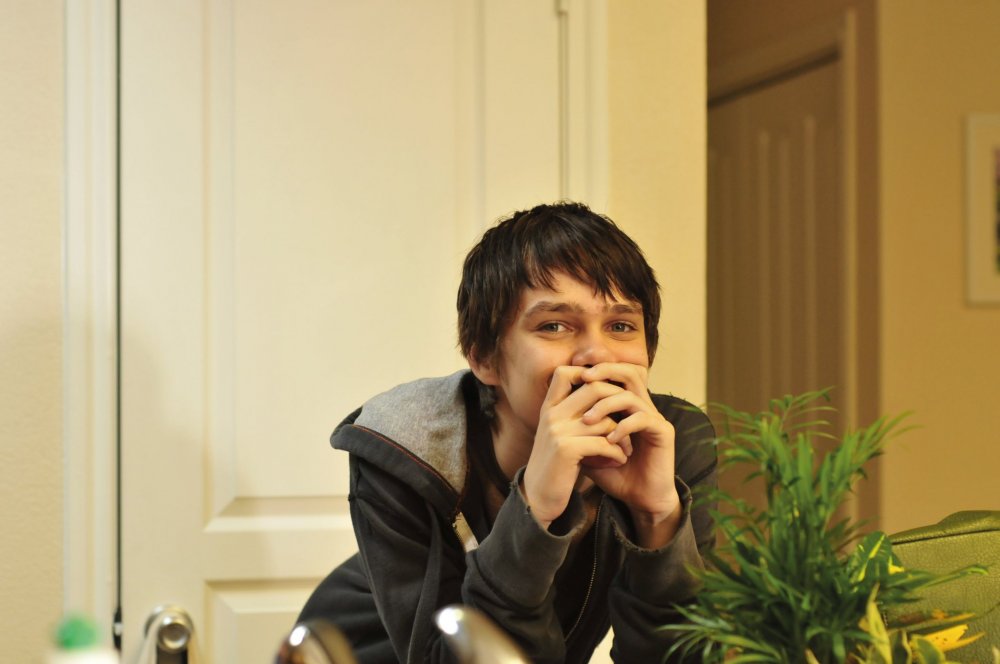 Boyhood proceeds in brisk, implacably linear chronological fashion, and despite its 165-minute running time, is astonishingly minimal. Save for one or two alcohol-related family blowouts and painful separations along the way, it is a quiet film of tender moments, micro-details and sudden, barely discernible editorial ellipses – sometimes the only way to initially ken that significant time has passed is to spot the lengthening or colour change of a character’s hair, or the unheralded sprouting of a goatee on a teenage chin.

It’s the subtle accrual of details, argues Linklater, that defines a life, not the big moments. Instead of wedding ceremonies and clichéd depictions of awkward virginity loss, Linklater luxuriates in the minutiae: a cruelly enforced haircut here, a trip to the bowling alley there. He even begins the film in a quietly subversive way by starting after the recent separation of Mason and Samantha’s parents. In a more orthodox film, this would surely be the launching point for the drama.

Young Mason starts off as an open-faced blank canvas, watching the world around him go by. In the early stages, his older sister Samantha is more of a presence, stealing scenes with hilarious, diva-ish antics.

Yet over time, and no doubt reacting against the alpha-male pathology of his mother’s heavy-drinking partners after Mason Sr., Mason transforms into an archetypal Linklater character: the type of curious, selectively garrulous, gently nonconformist dreamer essayed by Wiley Wiggins in Dazed and Confused (1993) and Waking Life (2001). Accordingly, the film becomes less a study of ‘boyhood’ as a universal concept, and more specific to Mason, coming of age in contemporary America. 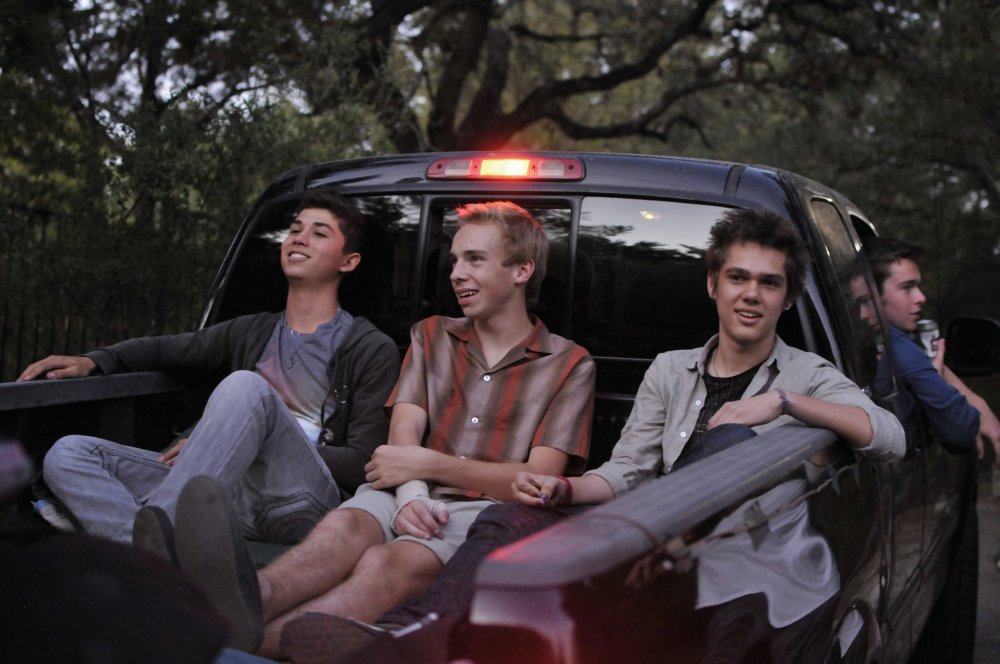 Part of its magic comes from the ever-present tension between the viewer’s appreciation of the onscreen action and their knowledge of the audacious extra-textual aspect. There’s no way, for example, that Linklater could have known for certain when casting Coltrane at the age of six that he would have turned out to be so perfect for the role, or even stuck around to finish the task. The film’s completion, given all the variables that could have affected it, is remarkable; that it works so beautifully is miraculous.

Throughout, Linklater’s trademark compassion for his characters and earnest tone is unflagging; only once, in a mini-subplot about the career development of an Hispanic family acquaintance, does this virtue cross into vaguely cringeworthy territory.

The film is threaded together by a string of well-chosen popular hits, while its aesthetic unity derives in part from it being entirely shot on 35mm film – a far more common practice back in 2002 than it is in this current digital age. As such, the film also operates as a quiet lament for a dying medium.

Boyhood’s title isn’t misleading – Mason’s experience and subjective view is prioritised from the opening shot of him staring at the sky – but the film is also a powerful study of family interaction, featuring excellent performances from Hawke and especially Arquette as the separated parents. Arquette gets the film’s most moving scene, when Mason is casually preparing to leave home for his first day at college. A tearful Olivia comes to the sudden realisation that her life has flown by unceremoniously; a series of moments. “I just… thought there would be more,” she laments. As this poignant, unsentimental film demonstrates, sometimes there simply isn’t more: life just happens. 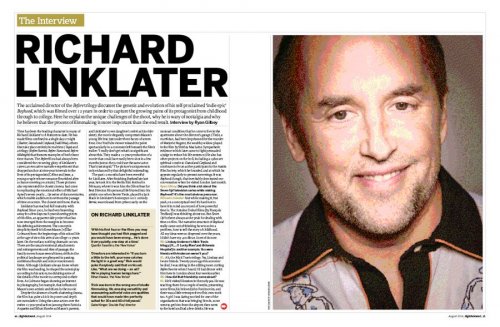 The acclaimed director of the Before trilogy discusses the genesis and evolution of his self-proclaimed ‘indie epic’ Boyhood, which was filmed over 12 years in order to capture the growing pains of its protagonist from childhood through to college. Here he explains the unique challenges of the shoot, why he is wary of nostalgia and why he believes that the process of filmmaking is more important than the end result. Interview by Ryan Gilbey.

Related to Film of the week: Boyhood