Film of the week: Bernie

The director and star of School of Rock reteam for a ‘real true’ tall Texan tale that makes great play with its folksy mix of truth and drama, says Andrew Tracy. 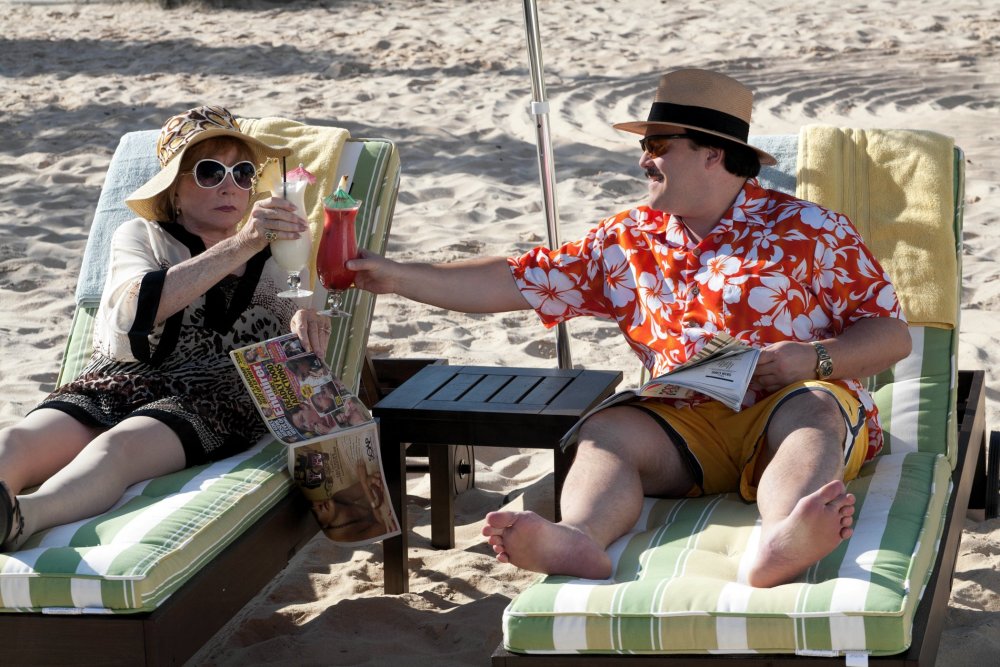 Richard Linklater’s Bernie ends with a dedication to Lou Perryman and Eagle Pennell, the co-star and writer-director respectively of The Whole Shootin’ Match (1978), whose success would vitalise the Texan indie-cinema scene that subsequently spawned Linklater. It’s a tribute both touching and bittersweet, as Linklater, who befriended Pennell around the time of the latter’s sophomore feature Last Night at the Alamo (1983), has greatly succeeded where Pennell sadly failed. While Linklater was able to parlay the critical acclaim accorded Slacker (1991) into a prolific career both inside and outside Hollywood, Pennell, continually stymied in his California dreams, eventually drank and drugged himself into career oblivion and an early grave.

Pennell’s many failed bids to expand his career beyond his regional roots speak to a tension at the heart of that kind of filmmaking – the much vaunted ‘authenticity’ on which regional cinema’s artistic bona fides are based also sets it somewhat aside from the airier heights of cinematic art proper.

So Bernie, Linklater’s return to his home state after dalliances in 1930s New York (Me and Orson Welles, 2008), the Dickian future-present (A Scanner Darkly, 2006) and a realm of protean dreamscapes (Waking Life, 2001), clearly bears the mark of those far-flung travels and variably ambitious ventures. “What you’re fixin’ to see here is a true story,” announce the sly opening titles – a declaration of authenticity that automatically (and idiomatically) places the story in the at-the-very-least semi-fictional realm of the tall tale.

And as per that consciously exaggerated folksiness, Bernie’s particular authenticity revels in the free play of fact and fabrication: its chronicle of beloved Texas funeral director Bernie Tiede’s unlikely friendship with, and eventual murder of, despised wealthy widow Marjorie Nugent (Shirley MacLaine) is punctuated by interviews both with real-life residents of Bernie’s hometown of Carthage and ‘interviews’ with actors playing real-life characters, while many of those real residents subsequently play themselves in narrative scenes proper.

From its first scene, in which Jack Black’s jovial Bernie takes the stage in front of a mortuary science class to demonstrate the properly sensitive way to prepare the recently deceased for display, Bernie is, among other things, a film about performance – about how we present ourselves or, in the case of the dearly departed, are presented in public. “He had a real knack for drama,” enthuses one of the real-life Carthage residents of Bernie – a sentiment that darkly boomerangs when preening district attorney Danny Buck Davidson (Matthew McConaughey, hilarious) declares in his summation at Bernie’s trial that “Bernie Tiede is a calculating, evil actor… he fooled this whole town.”

Whether formally – presiding at funerals, lending his golden voice to Sunday services and community musicals and, finally, testifying at his murder trial – or informally in his everyday interactions, Bernie is always playing to an audience; and it’s part of the brilliance of Black’s skilled and wholly endearing performance that it’s impossible to banish one’s awareness of his persona as malevolent, troubadouring jester-demon. (When he sings of the “master of the sea” in a hymnal, one almost expects him to veer off into a ridiculous Tenacious D myth-rock opus.) 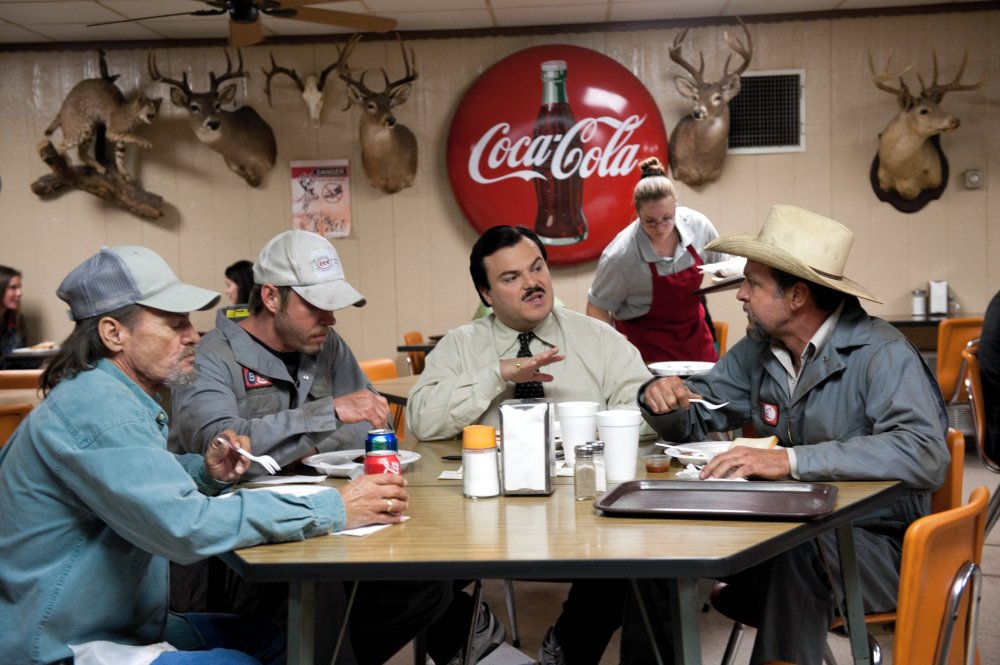 Yet despite all of Bernie’s upfront formal play, Linklater isn’t indulging in any kind of postmodern navel-gazing. The play between fiction and non-fiction that constitutes the film’s narrative dynamic is precisely that: play, not an ‘undermining’ or ‘interrogation’ of the ‘codes’ of fictional/non-fictional filmmaking. Just as Linklater’s double-decade-spanning Before… triptych is as much a documentary about its actors as a continuing story about its characters, Bernie intuitively understands the intrinsic permeability between fiction and fact – a truth attested to by the presence of Sonny Davis, the other star of Pennell’s Shootin’ Match and Alamo, authentically playing himself as one of the authentic Texans interviewed about the authentic Bernie Tiede affair.

In the face of the strenuous and ostentatious ‘realism’ of films such as Argo and Zero Dark Thirty, it’s instructive that Linklater, like any accomplished artist regional or otherwise, realises that authenticity is, and can only be, a greater or lesser element in his fabrications rather than an end of itself.

Related to Film of the week: Bernie