Film of the week: Before Midnight

Life – middle-aged, familial, digital – has caught up with Before Sunset’s Jesse and Celine; but their love is not quite eclipsed… 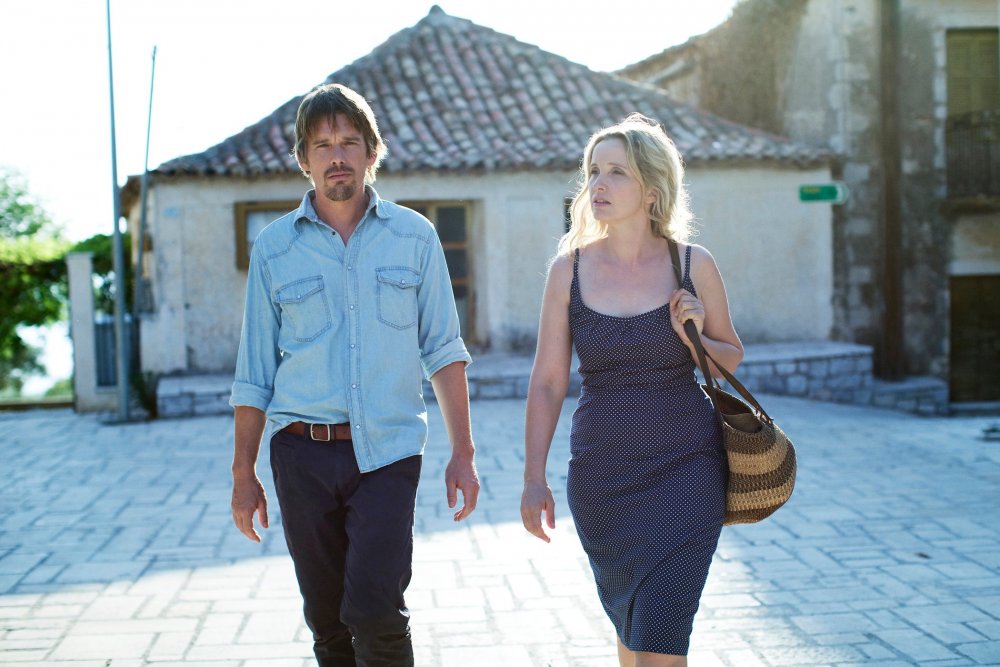 “How long has it been since we walked around just bullshitting?” It’s a question that Jesse (Ethan Hawke) asks Celine (Julie Delpy) as they amble through the gorgeously sun-smeared landscape of a Greek island. What vast reverie and recollection lie in that question: memories of Before Sunset (2004), one of the most achingly romantic films ever made and perhaps – alongside Aleksandr Sokurov’s Mother and Son (1997) – one of the most beautiful examples of perambulatory poetics to appear on a big screen; memories of how that film trembled with memories – not just Jesse’s and Celine’s but also, by extension, the audience’s – of Before Sunrise (1995); memories of how passionately at its teasing, tantalising close we yearned to know if they would stay together, but also of our anxiety, should a sequel be made, that their relationship might have crinkled and faded.

That anxiety doesn’t entirely abate as Before Midnight begins. The setting is Greece – a county whose idyllic appearance masks austerity and downturn. Jesse – his forehead corrugated, his hair dubiously coloured – resembles not-quite-ageless French rocker Johnny Hallyday. He’s in a modern airport, a lustreless non-space very different from the auratic expanses of Vienna and Paris of the previous films. And he’s with his American son Hank, now a teenager, seeing him off as he returns to his mother in Chicago: the cocoon that Jesse and Celine previously inhabited, a bubble of togetherness, is punctured by this familiality. Then, as he steps outside to get into a car with Celine, comes a killer shot: two angel-headed daughters.

Compression was at the heart of Richard Linklater’s previous films: the lovers were always racing against the clock – one of them had to leave to catch a train or a plane – and this imbued every second of their time together with a charged intensity; each glance or touch or syllable might have to last them a lifetime. Now they’re no longer before; they’re after – or within. They’re middle-aged: they’re in that future – a version of that future, at least – for which they had yearned.

Getting older, the rawness of youth planed and sheened, greedy ambitions and lust for life tempered and compromised: no fictional series of movies – not Truffaut’s Antoine Doinel films (and among documentaries perhaps only Michael Apted’s Up series) – has ever chronicled this inexorable journey with such tenderness. When Celine says that she’s going to give up her job at a non-profit environmental firm to work for a boss she claims to despise, it feels like defeatist realpolitik, a betrayal of her previous ardour – and maybe of those of us who willed her on to fight the good fight against the masters of the universe.

It’s rare to feel this kind of fierce attachment to characters. There are appearances here from the charming Walter Lassally (director of photography on Zorba the Greek) and the incandescent Xenia Kalogueropoulou, but it’s hard not to wish them away the better to listen to Jesse with his windy descriptions of a novel he’s writing, his speculative conceits, passivity, willingness to goof around if it will cheer people around him; or Celine with her anxieties, exaggerations (at one point she creates a continuum between Jesse’s rationality, Donald Rumsfeld and the Final Solution), cute childhood stories, ability to say surprising things (“The only upside of being 35 is that you don’t get raped so much”).

Hawke and Delpy, who co-wrote the screenplay with Linklater, make this oscillation between badinage and feistiness, cosiness and irritability, look effortless. Their spats, which get heavier as the film goes on, aren’t the stuff of Who’s Afraid of Virginia Woolf? melodrama; rather, they emerge from petty gripes familiar to anyone who’s been in a relationship. It’s hard not to leave the film feeling pensive, a little rueful: not because we were foolish to invest so much in the romantic drama of the first two films or to believe that Jesse and Celine were soulmates, but because the vision of romance offered here – all compromises and toleration – is sensible rather than thrilling. 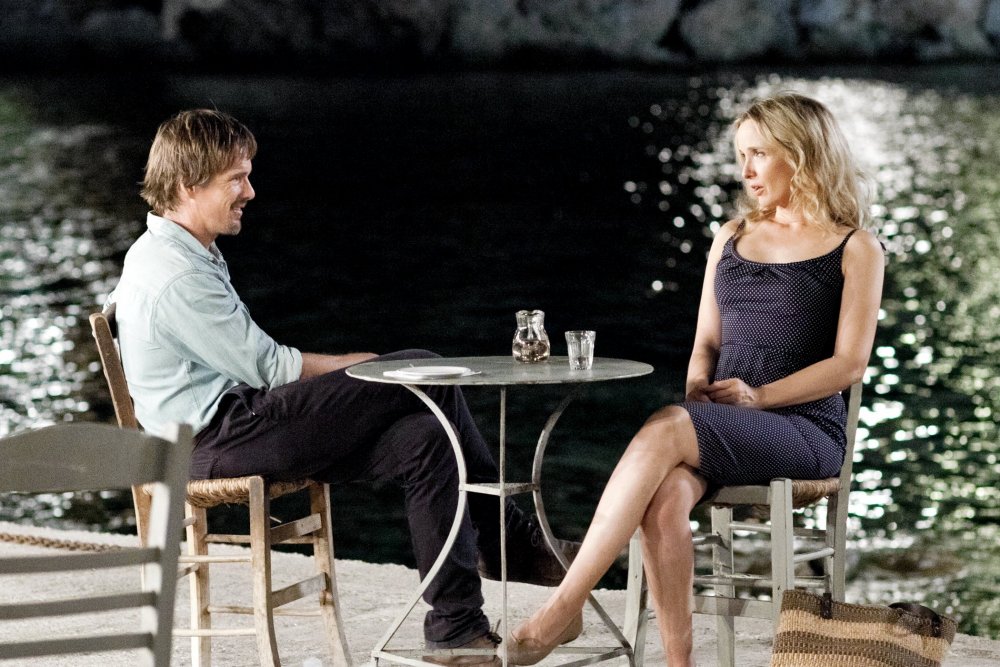 It’s hard also not to wonder about the changing nature of cinematic romance. Before Sunrise and Before Sunset were free of mobile phones, pre-social media. Everything Celine and Jesse said or did could be remembered – or misremembered. Now they’re constantly taking pictures, logging life as much as living it. Can they or the younger characters in the film ever feel they’re alone – severed from the world by the intensity of their love – when any private moment might be punctured by an incoming text? How would the series have evolved if Jesse had been able to use Facebook to trace and contact Celine?

Tired, scratchy, needling: Before Midnight is a more sober, less giddily aerating contribution to Linklater’s trilogy. But it still documents the struggle to keep love alive with unusual charm and wit. At one point Celine gazes at the sun retreating behind the mountains: “It’s still there, it’s still there… it’s gone.” Has this series been taken as far as it can go? No, the magic is still there, the magic’s not gone. 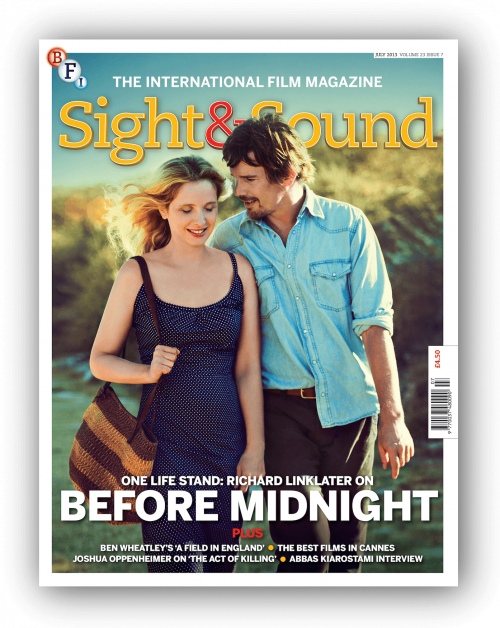 Related to Film of the week: Before Midnight