Richard Linklater on the 12 years of Boyhood, Steve McQueen, Penny Woolcock et al on 25 years of Do the Right Thing, three decades of action-blockbuster stars, 12 highlights of China’s ‘Fifth Generation’, a night at the cinema in 1914 – and David Thomson on left-handedness in cinema.

In print and digital from 4 July. Richard Linklater is that rare example of an American director who, despite mainstream success, has stayed close to his indie roots and continuously experimented with cinema.

Our August issue explores his latest contemplation of time, Boyhood. A companion piece of sorts to his famed Before trilogy, which visited brief moments of two characters’ lives at nine-year intervals, Boyhood was filmed over the course of 12 years in order to capture the maturation of Mason Jr (played by newcomer Ellar Coltrane) from childhood through to college. In a five-page special S&S Interview, Linklater details his self-described ‘indie epic’, discussing the unique challenges of the shoot, his wariness of nostalgia and why he believes the process of filmmaking is more important than the result.

Time and looking back are themes that run throughout many of our features. To mark the 25th anniversary of Spike Lee’s Do the Right Thing, a selection of prominent figures from the film world including Steve McQueen, Penny Woolcock and Chaz Ebert explain its hold on their imaginations. “It was a knockout – almost like being in a boxing ring. Sometimes it was brutal, and sometimes beautiful; an attack, done with style, anger and compassion” recalls McQueen of Lee’s snapshot of one blisteringly hot day in the life of a multicultural Brooklyn block.

Meanwhile the BFI’s archive compilation A Night in 1914 gives UK audiences the chance to travel back 100 years to experience cinema in the silent era before the arrival of feature films. Pamela Hutchinson explores the mix of tragedies, newsreels, comedies and travelogues that several million Britons who then visited cinemas every day would have witnessed on the big screen.

It makes you wonder what 1914’s audiences, used to a medley of shorts and genres, would make of the 165-minute long Transformers 4 – and today’s summer cinema in general, dominated as it is by just one type of film: the action-hero blockbuster. As Michael Bay’s film and The Expendables 3 do battle at this season’s box office, Nick Pinkerton reflects on the big biceps and body counts of 1980s movies and charts the evolution of the action hero, from Arnie, Stallone and co to today’s versatile action star – buff, tough and often just a little bit bland.

On to more niche concerns… in Hitchcock’s Psycho, did you ever notice that when Anthony Perkins plays Norman Bates he is left-handed, but as mother he is right-handed? In one of our most peculiar features this month, David Thomson goes off-piste on left-handedness in cinema and considers how such a small, apparently insignificant detail affects how we read a film.

Finally, the latest instalment in Sight & Sound’s Deep Focus series surveys China’s convention-busting new wave which blazed on to the world stage in the 1980s and 90s. Michael Berry explores the evolution of the post-Mao ‘Fifth Generation’, while Nick James and James Bell outline their key films.

Elsewhere, we celebrate Preston Sturges’s Sullivan’s Travels, the 50th anniversary of Richard Lester’s Beatles caper A Hard Days Night, new books on Hollywood hustler Edgar G. Ulmer and actress Vanessa Redgreave, while at the end of the issue, we press pause and deconstruct the haunting finale of Elem Klimov’s Come and See.

The acclaimed director of the Before trilogy discusses the genesis and evolution of his self-proclaimed ‘indie epic’ Boyhood, which was filmed over 12 years in order to capture the growing pains of its protagonist from childhood  through to college. Here he explains the unique challenges of the shoot, why he is wary of nostalgia and why he believes that the process of filmmaking is more important than the end result. Interview by Ryan Gilbey.

No one would question the fact that appearances are critical to the way in which we experience and interpret movies. So is it really such a big step to suggest that even small, apparently insignificant, details – such as whether a character is left-handed – can affect how we read a film? By David Thomson.

As action movies hit their stride in the 1980s, the biceps grew bigger as the body count rose. Then, in the 90s, the brute was remodelled and a more defined muscularity took hold, paving the way for today’s versatile crossover star – buff, tough and often just a little bit bland. By Nick Pinkerton.

Summer in the city

When the lights went out

At the outset of the First World War, in an era before the birth of feature films and the star system, British cinemas prided themselves on offering a wildly eclectic mix of content –  a diversity reflected in the BFI’s archive compilation A Night at the Cinema in 1914. By Pamela Hutchinson.

The first directors to graduate from Beijing’s Film Academy after the repression of the Cultural Revolution had ended, China’s convention-busting New Wave blazed on to the world stage with films that shook up the old order of communist cinema. Michael Berry explores the evolution of the post-Mao generation, from the avant-garde spirit of early films such as The Horse Thief through to controversial epics like Farewell My Concubine and To Live, to the big-budget fantasies of Hero and House of Flying Daggers. Overleaf, Nick James and James Bell outline the key films.

In the frame: Band on the run

Richard Lester’s A Hard Day’s Night is an ingenious piece of sustained improvisation that created a new vocabulary for filmed performance. By Sam Davies.

Trees represent both the reassuring permanence of nature and the terror of ancient, unknown forces. By Hannah McGill.

As Finding Vivian Maier opens in the UK, we pick the best documentary portraits of snappers under the lens. By Isabel Stevens. 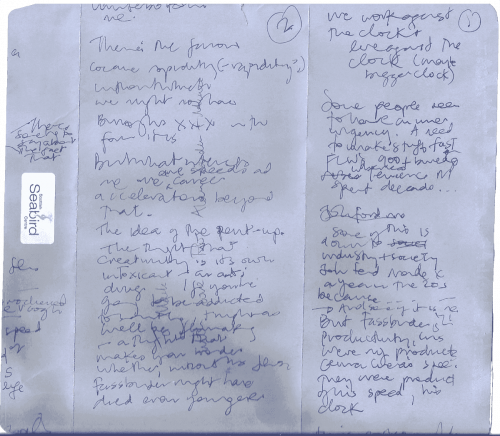 Prolific filmmakers like Tsui Hark, Scorsese and Fassbinder are driven by a creative urgency, part intoxication and part childlike joy. By Mark Cousins.

Plus: see the first draft of Mark Cousins’ piece online!

Gary Hawkins’s efforts to get a film made from his adapted script about an ex-con befriending a teenage boy took ten years and an afternoon. By Charles Gant

For years, the film industry has been talking about increasing diversity. Now maybe something is finally going to change. By Ben Roberts.

In London, soaring property prices and shrinking funding mean bleak times for fans of film beyond the mainstream. By Fatema Ahmed.

Nonfiction movie culture is booming, and Sheffield Doc/Fest with it. But can the festival stay on the sharp edge of the art? By Nick Bradshaw.

Profile: Looking from the outside in

Andrzej Wajda’s Man of Marble is a wry take on Stalinist propaganda set in late-Soviet Warsaw. So what’s disco doing on its soundtrack? By Daniel Barrow.

Hollywood employed more women in its early years than at any time since. A new online project tells their stories. By Pamela Hutchinson.

Festival: Out of the ghetto

At 60, the Oberhausen short film festival has much to celebrate – and shifting attitudes towards the mainstream bode well for its future. By John Beagles.

Arthur & Mike
Begin Again
Blackwood
Boyhood
Bright Days Ahead
Earth to Echo
Edge of Tomorrow
Finding Vivian Maier
The Galapagos Affair Satan Came to Eden
Here and Now
Hide Your Smiling Faces
The House of Magic
How to Train Your Dragon 2
How We Used to Live
I Am Divine
Jersey Boys
Jimmy’s Hall
Joe
Keeping Rosy
Love Me till Monday
Maleficent
A Million Ways to Die in the West
Mood Indig0
Mr Morgan’s Last Love
Northwest
The Nut Job
A Perfect Plan
Postman Pat  The Movie
A Promise
The Sacrament
Smart Ass
SuperMensch  The Legend of Shep Gordon
22 Jump Street
Under the Rainbow
Who Is Dayani Cristal?
The Year and the Vineyard

Preston Sturges takes a  gloriously comic swipe at the pretensions and excesses of the movie business. By Kate Stables.

From hero to zero: Man of Marble

Andrzej Wajda’s tale of a decent man betrayed by the communist system reveals much about the society in which it was made. By Geoffrey Macnab.

Hell on the El: The Incident

Martin Sheen makes his  big-screen debut in an almost unbearably tense drama of cruelty and callousness. By Kim Newman.

Bang! You’re Dead
Films by Leos Carax
Cry Danger
The Driver
Hobson’s Choice
If….
An Inspector Calls
The Max Linder Collection
The Pawnbroker
The Road to Glory
The Shadow of the Cat
Sleepaway Camp
Unfaithfully Yours

Edgar G. Ulmer: a Filmmaker at the Margins

Vanessa: the Life of Vanessa Redgrave

Empire of the ‘B’s: The Mad Movie World of Charles Band

Hitchcock’s Partner in Suspense: the Life of Screenwriter Charles Bennett

In Elem Klimov’s masterpiece of World War II, horrifying realism ends in a hallucinatory rush of image and sound. By Pasquale Iannone.