Film of the week: Creed

Ryan Coogler and Michael B. Jordan put the franchise back on its feet. 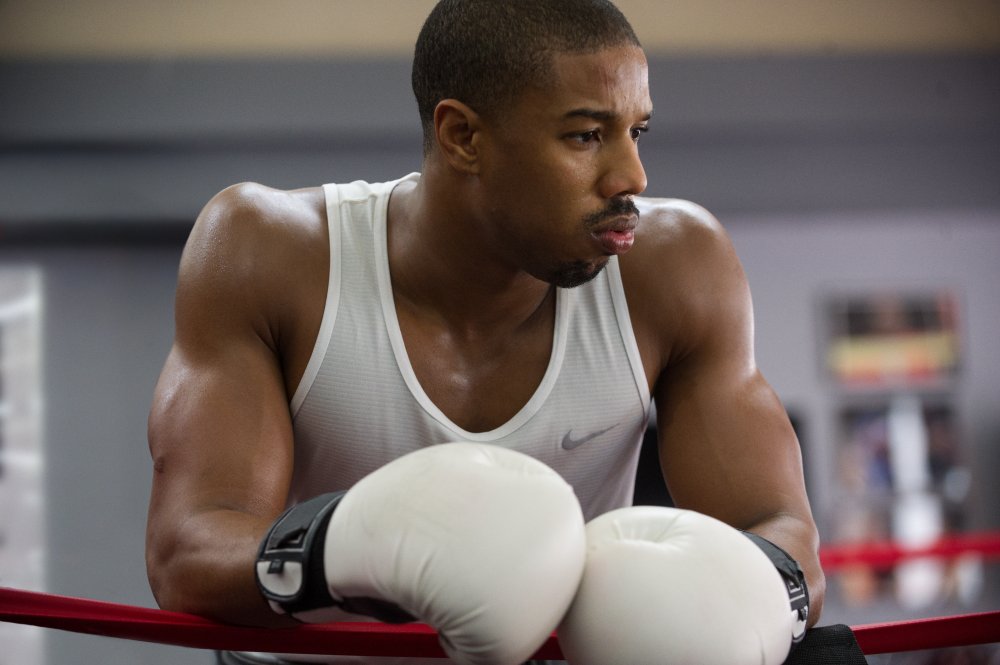 There are several things that demonstrate the deftness with which director Ryan Coogler handles even the hoariest tropes of Sylvester Stallone’s Rocky franchise, but the most prominent is his approach to Bill Conti’s iconic theme song, a marriage of orchestral pomp and brass-driven disco that topped the Billboard Hot 100 at around the same time that Stallone’s underdog boxing saga staged its own upset victory at the 1977 Academy Awards. Though reworked versions of Conti’s theme appear in the five sequels (four of them directed by Stallone) over the next three decades, it receives a more playful overhaul in Creed, Coogler’s surprisingly thoughtful and stylish reboot-slash-generational-torch-passing. Along with its inevitable use as a sample in a hip-hop track, trace elements recur throughout Ludwig Goransson’s score, which is unusually restrained for a movie that otherwise strives to hit all the beats required of a Hollywood sports drama.

Indeed, Conti’s blustery fanfare doesn’t arrive in full force until Adonis Johnson (Michael B. Jordan) approaches the ring for the climactic fight wearing a pair of stars-and-stripes shorts, just like his dad Apollo Creed (Carl Weathers) in Rocky I (1976), II (1979), III (1982) and IV (1985). It reappears one last time in a quieter, jazzier incarnation as Adonis and Rocky make their inevitable journey up the steps of the Philadelphia Museum of Art. By this time, Coogler has had many more opportunities to impress, having revitalised a seemingly decrepit movie property and elicited a little grace from the old Expendable himself, who gives a much richer performance as the elderly Rocky than he did in Rocky Balboa (2006), his own stab at a franchise coda and potential restart. 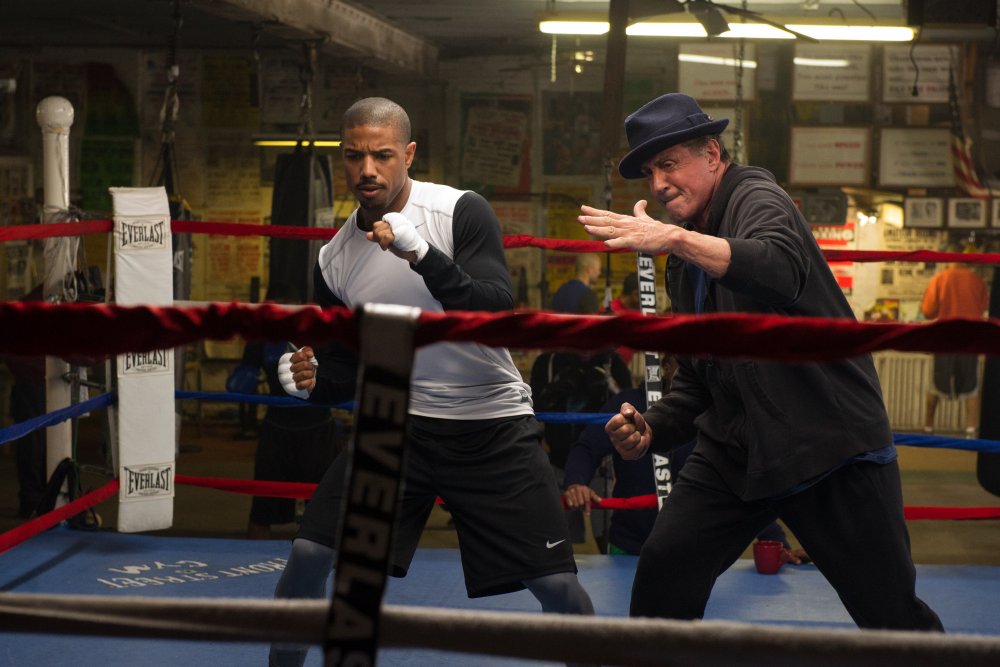 Even viewers who have less patience with boxing-pic clichés must concede that Coogler – as the maker of a well-regarded American indie who’s been enlisted to perform artistic CPR on a dubious studio project – has survived a scenario that has tripped up many other young directors. He again gets strong assistance from Jordan, his lead in Fruitvale Station (2013), a Sundance prizewinner that followed the final hours of a young Californian before his death at the hands of a transit cop. While Jordan plausibly channels the braggadocio that was Weathers’s forte, his Adonis is far more nuanced than Apollo ever was, which is not so hard, since the latter was essentially a cartoon version of Muhammad Ali minus Islam and politics. For one thing, Adonis is unabashedly sensitive, getting teary several times and successfully wooing his boho neighbour without resorting to smooth talk.

The fact that Adonis remains a convincingly formidable fighter who values personal fortitude over false fronts of street cred makes the character the very model of manhood for the age of Drake. Parallels between Coogler’s hero and the ubiquitous Canadian rapper also extend to tricky matters of class and privilege. As a product of foster homes as well as the Creed family fortune, Adonis doesn’t share the straightforward started-from-the-bottom narrative arc that’s typical of underdog sports-drama heroes. (Drake has faced the same issue, having grown up in an upper-class neighbourhood in Toronto and entered showbiz as an actor on a teen TV show.) In some respects, he’s an alien on the rough streets of north Philly, where Rocky sends him to train. It’s a testament to Coogler’s faith in the strength of Adonis’s central crisis – in which he must grapple with the legacy of the father he never met and prove he deserves the famous surname – that he doesn’t contrive a real threat to his economic status. Evidently, failure for this hero means a retreat to mom’s mansion. 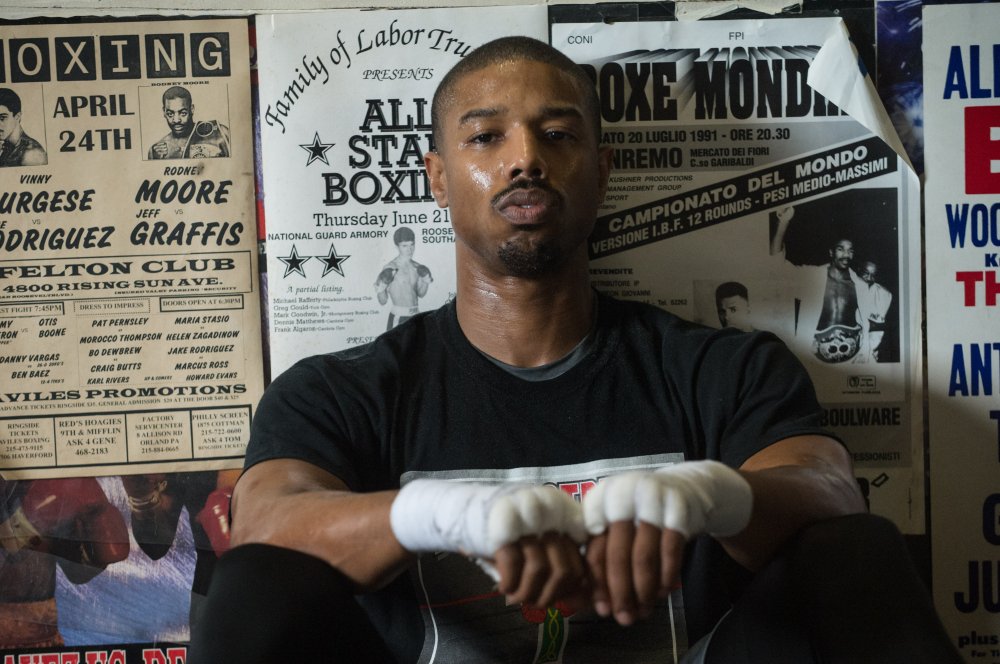 Another smart update is the decision by Coogler and his DP Maryse Alberti to eschew a high-speed cutting style in favour of Alfonso Cuarón-style long travelling shots, used to exhilarating effect in the first fight scene. Elsewhere, they make a big slo-mo moment seem bigger by having Adonis run alongside members of an urban dirt-bike gang of the kind seen tearing up Baltimore in Lofty Nathan’s documentary 12 O’Clock Boys (2013).

Creed is less fleet-footed in other respects, occasionally becoming bogged down by the preponderance of training montages and the initially tender but ultimately perfunctory romantic storyline. But to anyone who prefers the crowdpleasing bravura of Rocky II and III over the unpalatable mix of faux grit and uncut schmaltz in all the other instalments (including the overrated original), Coogler’s effort punches far above its weight.

Related to Film of the week: Creed