Film of the week: Fruitvale Station

A day in the life and death of Oscar Grant, a black urban everyman and victim of police racism, remembered with calm compassion. 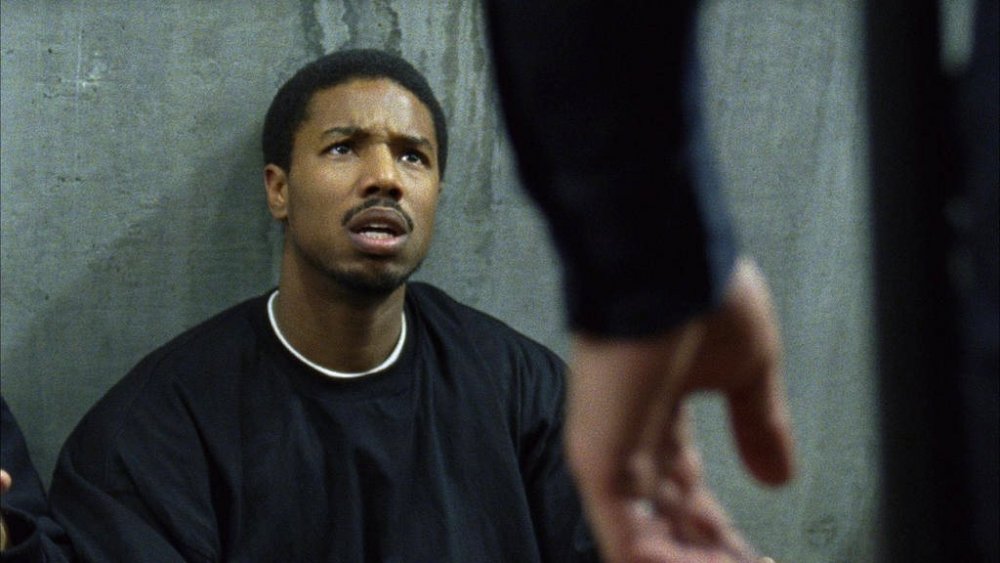 Ryan Coogler’s debut Fruitvale Station is a perceptive docudrama that reconstructs the final day in the life of Oscar Grant, a 22-year-old black resident of Oakland, California. In the early hours of New Year’s Day 2009, Grant became embroiled in an altercation on a train, and, along with some friends, was subsequently restrained on the platform at the eponymous Bay Area Rapid Transit (BART) station by a number of openly hostile BART cops. Face down, with his hands held behind him, the unarmed Grant was shot in the back by a white officer and died several hours later. The offending officer, as a closing title card coolly confirms, served 11 months of a sentence for involuntary manslaughter – he mistook his gun for his Taser, apparently – before being released. The incident sparked outrage, not to mention a public debate about the intersection of race, police brutality and civil justice.

The shooting was captured on countless camera phones and subsequently went viral – Coogler’s film opens with footage taken by one of these bystanders. By kicking off the film in this manner, the director acknowledges the primacy of authenticity and casts a dark, foreboding shadow over everything that follows. The use of this disturbing footage recalls Spike Lee’s Malcolm X (1992), which opened with amateur video of the savage beating of unarmed black motorist Rodney King – also in California – by a group of LAPD officers. The use of such media in both films immediately establishes the spectre of profound institutional malaise that will haunt the forthcoming narrative.

After its shocking opening, Fruitvale Station assumes the form of a fictionalised portrayal of Oscar, beginning the previous morning. He’s played by Michael B. Jordan, whose multilayered performance oozes everyman charisma; the actor’s twitchy yet robust physicality and earnest, deep-pool eyes make for a consistently arresting point of contrast in the character.

We first encounter him having a heated discussion with his girlfriend Sophina (Melonie Diaz), who suspects him of infidelity. They soon make up, so Oscar drives her to work, and their four-year-old daughter Tatiana (Ariana Neal, adorable) to preschool. The rest of the day proceeds in an unremarkable but episodic and elegantly paced manner: a catalogue of minor everyday struggles for a man aiming to get his life on track. Oscar heads to the supermarket to pick up some crabs for a birthday party for his mother (Octavia Spencer). While there, he also attempts to regain his job – he’s been fired for persistent lateness – but his ex-boss is having none of it. Strapped for cash, Oscar considers selling weed to a friend but thinks better of it, before heading to his mother’s house. From there, he heads out to party, the train rolls into Fruitvale, and the rest is history. 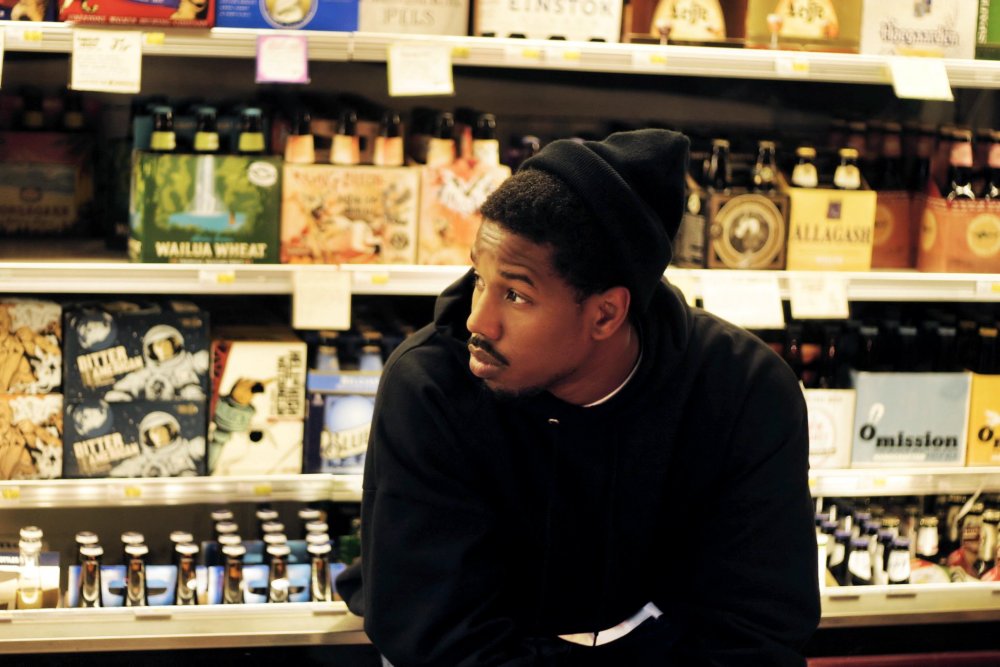 Coogler deliberately sets about creating, in Oscar, a relatable, likeable and flawed protagonist. There have been curious charges from some critics that he has sanctified his subject, but the evidence doesn’t support this claim: Oscar is shown to have served time in jail; neglects to admit to his family that he’s lost his job; is quick to bristle (as evidenced by the scene in which he fails to get his job back); and no secret is made of the fact that he hasn’t always been faithful to Sophina. But he’s also capable of compassion: witness his tenderness with his daughter, his easy camaraderie with friends and family, and the way he looks after a pit bull that’s been flattened by a speeding car – a blunt but effective use of dramatic licence.

With uncanny, depressing timing, the film’s US release in July 2013 coincided with the verdict in a similar, later case: that of Trayvon Martin, an unarmed black teenager who was gunned down by neighbourhood-watch vigilante George Zimmerman in Florida. Zimmerman too escaped punishment.

Fruitvale Station accordingly assumed the status of a hot-topic movie, but it’s not in essence an incendiary work. It focuses on its subject’s humanity and assesses the tragedy on a personal rather than explicitly sociopolitical level. However, the way in which it fleshes out Oscar’s character makes it an acutely political work. Contrast Coogler’s sensitivity with the ridiculous ‘deconstruction’ of the thug archetype personified by Ludacris and Larenz Tate’s hyper-articulate, perma-postulating car-jackers in Paul Haggis’s doolally Crash (2004). 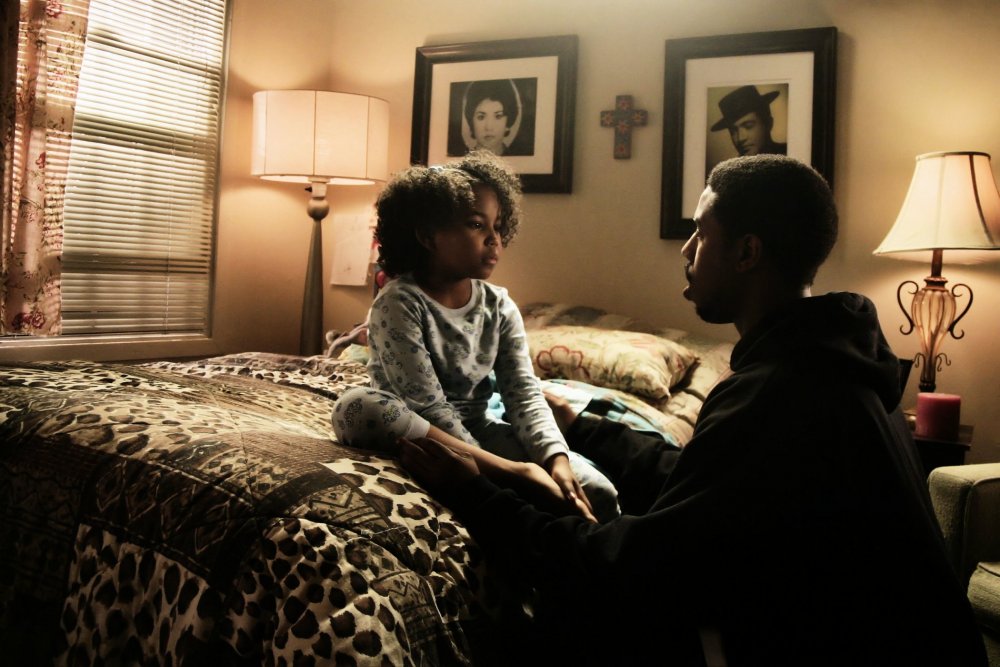 Fruitvale Station avoids such frippery, and in an understated way challenges the pervasive media stereotype of the young, urban black male as an irredeemable, oppositional ‘thug’, whose clothing (hoodies, low-slung jeans etc) and carriage signify some inherent hostility. Trayvon Martin’s image in death, for example, became a hostage to a polarised media landscape, while in the UK a similar fate befell Mark Duggan, the young – and again, unarmed – mixed-race man whose killing by police precipitated the UK riots of 2011.

Among the more quietly galling aspects of Fruitvale Station is the pervasive sense that, shorn of its tragic narrative bookends, it would still make a fine, and all too rare, slice of black-focused, low-key drama in its own right. The keen observation and laidback aesthetic of its opening hour recall Charles Burnett’s wry My Brother’s Wedding (1983). The scenes set inside various family homes, meanwhile, have a particularly tender, tactile quality, redolent of the probing intimacy of Abdellatif Kechiche’s recent Blue Is the Warmest Colour (2013). Cinematographer Rachel Morrison shoots in warm, grainy and mostly handheld Super 16, darting in and around the characters and giving us the sense of being firmly inside the family circle. Ludwig Göransson’s subtle score is ambient rather than tuneful, and gently ebbs in and out of perception to the rolling rhythms of Oscar’s day.

Fruitvale Station isn’t perfect – Coogler falters in his occasional tendency towards dramatic overstatement. The tone is sufficiently ominous without the need for, say, the late sequence in which Tatiana clairvoyantly expresses her fears for her father’s safety. Similarly, the unlikely recurrence of characters at coincidental times feels forced, even if the action does unfold against the woozy, uncommonly communal backdrop of New Year’s Eve.

Yet these issues dissipate by the time of the superbly staged platform incident, which is tense and genuinely upsetting, even though we’ve been fully prepared for it. An elegiac tone is subsequently fostered by Spencer’s moving performance in the ensuing hospital vigil scene. 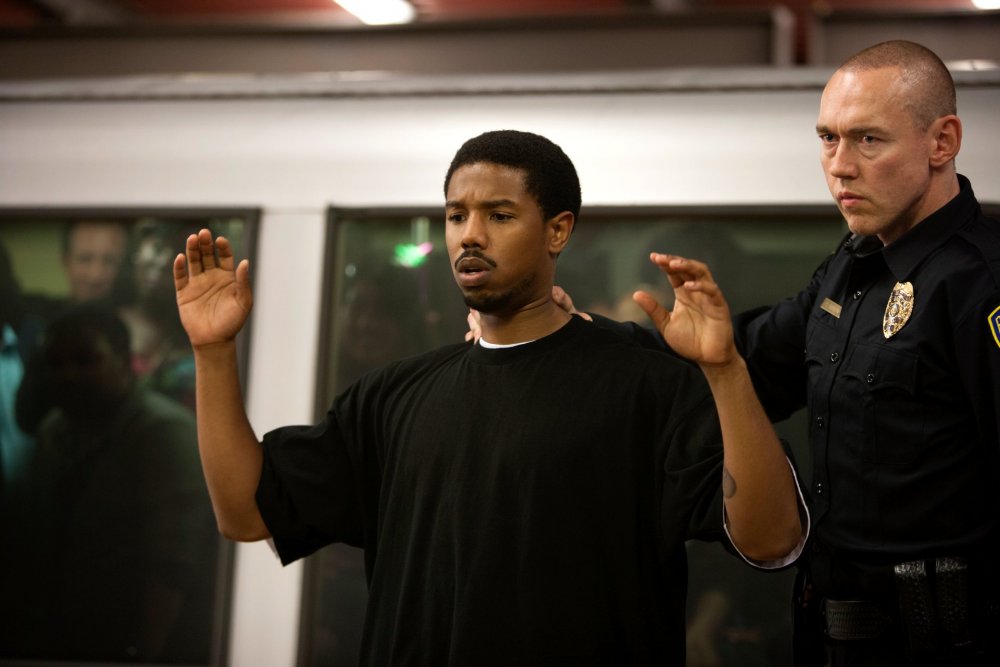 Regarding its portrayal of the broader issues surrounding the killing, Coogler is pragmatic. He leaves the real-life fallout – the legal judgement, the fate of the cops, local protests both peaceful and violent –  to factual title cards, understanding that volatile expressions of emotion, or Do the Right Thing-style dialectical provocation would rupture the film’s carefully calibrated tone and shift the focus away from Oscar. Some may see this as a cop-out but it’s tonally deliberate. Instead of trying to make an omniscient authorial judgement, Coogler positions himself as a humane, awestruck spectator alongside us, trying to make sense of a senseless tragedy.

Despite Coogler’s restraint, uncomfortable truths pulse beneath the surface. When the camera momentarily rests on the panicked face and wild eyes of the offending cop (played by Chad Michael Murray) in the immediate aftermath of his transgression, I thought of a passage from James Baldwin’s provocative 1976 essay on cinema The Devil Finds Work:

“The root of the white man’s hatred [for black men] is terror, a bottomless and nameless terror, which focuses on the black, surfacing, and concentrating on this dread figure, an entity which lives only in his mind.”

It was that frightened look in the actor’s eyes, signifying something deeper than language ever could, which lingered in my mind longer than anything after the final credits rolled.

Related to Film of the week: Fruitvale Station