Nick Roddick on Fruitvale Station, a Sundance winner with a grip on all the above – and Sofia Coppola’s The Bling Ring.

Showing back to back in Cannes yesterday were two films with apparently similar aims: to reconstruct and, in doing so, illuminate a real-life event. Both of these events happened in the past decade in California, one in the north (Oakland), one in the south (Beverly Hills). One, Fruitvale Station, is a low-budget, major Sundance winner directed by Ryan Coogler, a young African American making his first film. The other is The Bling Ring, the latest film from Hollywood dynasty member Sofia Coppola. The comparison stops there.

Fruitvale Station is about an incident that happened at the aforementioned Bay Area transit system station in the early hours of New Year’s Day 2009. Oscar Grant, a 22-year-old black father of one with a minor criminal record, was fatally shot by a transit cop who later claimed he had mistakenly discharged his firearm, believing it to be his taser. The cop in question received a two-year jail term. His sergeant, who was responsible for escalating a minor scuffle into a major incident and was recorded racially abusing Oscar by innumerable witnesses, was fired.

Coogler gives us a glimpse of the incident at the start, using actual cellphone footage, then calmly reels back to reveal Oscar’s life during the past 24 years, plus one extended (and slightly confusing) flashback to him being visited in prison by his Mom. Coogler errs slightly on the side of canonising Oscar, but there are tell-tale signs of the violence and volatility on which he is only just able to keep a lid, in an opening conversation about infidelity with his girlfriend, losing it in the prison flashback and almost doing so again in an encounter with his former employer.

But Coogler gets so much else right in the film – which, to judge by the end credits, was made with the support of the ‘Justice for Oscar’ campaign – that a little erring is easily forgiven. The day’s events are credible, low-key and, as a portrait of a young, poor black male living in a violent world, genuinely engrossing.

Above all, they lead seamlessly into the film’s magnificent final sequence. This folds several narrative strands – Oscar’s scuffle with a racist, his brief encounter with a woman he helped buy fish that morning, the end of a good night out with his girlfriend – into a sequence which is well-nigh perfect in terms of framing, marshalling of extras and principals and editing. On this basis, Coogler could have a career as an action director if he ever wanted. Above all, the sequence is a fitting climax to an honest film – true to its story and its audience. 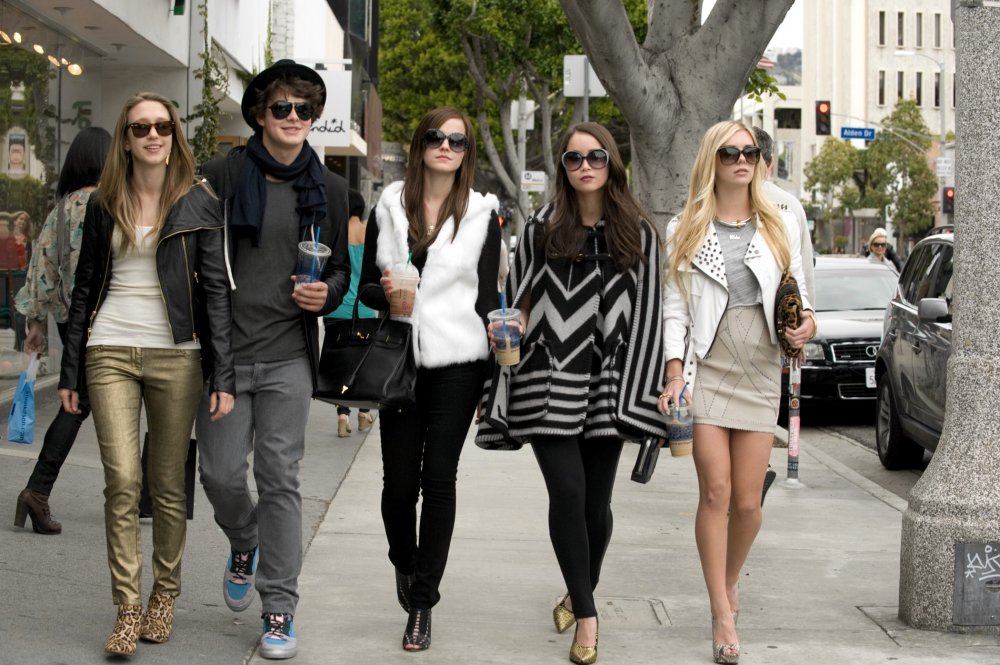 The Bling Ring on the other hand is dishonest on most levels, although I suppose, with its tagline of ‘Living the Dream – One Heist at a Time’, it’s arguably true to its subject matter. Scripted by Coppola on the basis of a Vanity Fair article by Nancy Jo Sales, it follows in the real-life footsteps of the gang of teenage fashionistas who discovered how easy it was to break into the houses of the rich and famous ands make off with their shoes, handbags, Rolexes, cash and even furniture.

When I say ‘follows’, I mean that almost literally: abandoning any real attempt at judging her young characters’ actions, Coppola has the camara tag along behind like an extra gang member, ogling the bling, getting off on the buzz. In fact the film, which is closest to the director’s Marie Antoinette in terms of its obsession with surface, seems to have no real interest in its characters, nor of the impact their crimes and subsequent notoriety had on them or their family members. While Fruitvale Station is a genuine eye-opener in its depiction of the way in which casual racism still permeates urban America, The Bling Ring is one big shrug, one casually mouthed ‘whatever’ – pretty, vacant and leaving a nasty metallic taste in the mouth.