The festival that prides itself doing things differently made room for some welcome outsider voices in its programme this year, but it was far from inclusive for everyone. 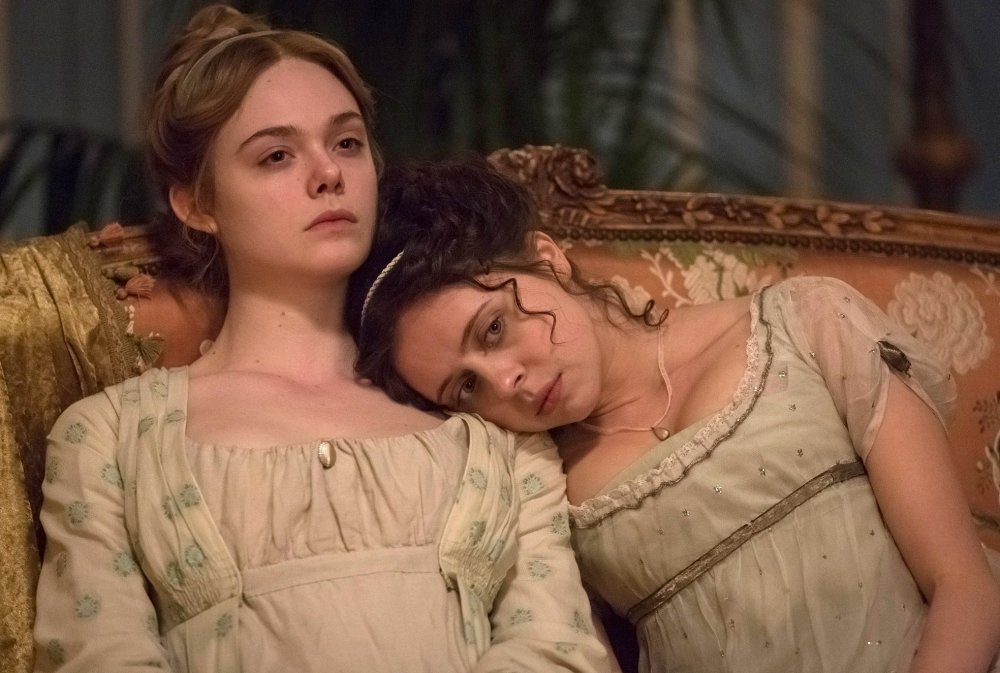 As the world’s first major film festival directed by a woman, and as a more audience-focused event that doesn’t succumb to the industry-frazzled hustle of Cannes or Berlin, Edinburgh is an event that can, and should, do things differently. And – on the surface at least – the 72nd edition of EIFF delivered. The unofficial theme underpinning much the programme was one of outsiders; of people who were different, marginalised, othered and peripheral being either accepted or rejected by society.

A standout for me was Haifaa Al-Mansour’s Mary Shelley biopic which, like Frankenstein’s Creature, I was too quick to judge on its initial appearance. The film has a school stage-play aesthetic that was initially jarring: the costumes look as if they have been bought from a high-street bohemian chic range aimed at teenage girls; Mary’s (Elle Fanning) braided hair looks a little too Glastonbury, while Byron (Tom Sturridge) appears to be channelling mid-90s Johnny Depp.

However, while Mary Shelley doesn’t formally break the mould (it could have learned a lesson from its eponymous heroine and taken more risks), it nevertheless left me wanting to punch the air with joy when Mary faced down her sexist critics. This is heritage cinema for young girls, who will likely see themselves in Mary’s clothes and contemporary hairstyles, and I’d be happy to see a generation of women inspired to try and walk in her shoes. 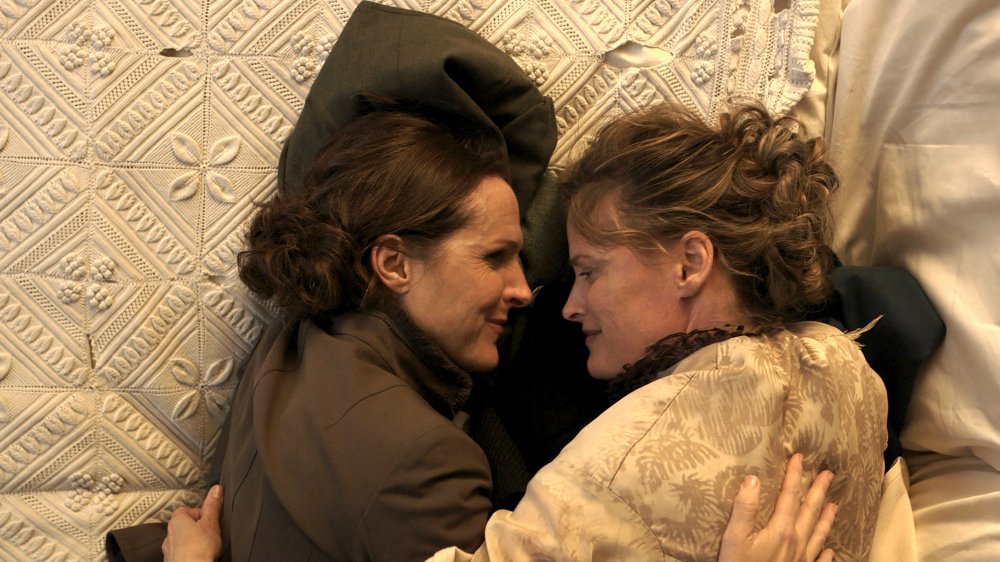 Molly Shannon and Amy Seimetz in Wild Nights with Emily

Keeping with literary biopics, Madeleine Olnek’s Wild Nights with Emily offered a refreshing and stylistically snappy take on the life of poet Emily Dickinson (Molly Shannon). Largely narrated by Dickinson’s editor Mary Todd, the film constantly asks the audience to evaluate, and re-evaluate, stories told by her, Dickinson and the filmmaker that bump up against one another in constructing the past.

As a result, the film does not satisfy any urge you may have to ‘know’ Emily. It refers to her anxiety, her reclusiveness and her peculiar devotion to wearing white, but challenges all these preconceptions without leaving anything to fill the void. While other audience members found this alienating, it was one of the things I enjoyed most about the film. Its Brechtian sensibility draws attention to the artifice of telling stories about women’s lives and acknowledges that it, too, can only ever offer another interpretation – never truth.

Beyond the over-perfect still-life sets and stylised performances the film also has warmth and wit. The central relationship between Emily and her sister-in-law Susan is never undermined, and it’s refreshing to see an explicitly lesbian relationship between two older women onscreen. Dickinson’s poetry is also lovingly featured, with a clever interplay between text and spoken verses that embed her writing in the fabric of the film.

Other movies gave voice to the disenfranchised and alienated in similarly punchy style. Hannaleena Hauru’s Anarchic Finnish coming-of-age drama The Thick Lashes of Lauri Mäntyvaara follows two teenage girls questioning the boundaries of love and social conformity. While I was a little let down by its conventional heteronormativity – this didn’t seem to be a world in which LGBTQ+ people existed – it offered the promise of punkish rebellion for young women rebelling against marriage and patriarchy.

Finally, Lucid dealt with difference in both obvious and more surprising ways. Set in a vaguely familiar but never-quite-recognisable dreamscape of urban twilight, it follows socially awkward Zel (Laurie Calvert) as he attempts to gain the confidence to ask out his neighbour Jasmine (Sophie Kennedy Clark) through lucid dreaming. From the canted cameras to the all-at-angles design, Zel’s world is off-kilter, and nothing is as it seems. It’s a sentimental film with a gorgeous aesthetic that becomes all the more astonishing on learning that director Adam Morse is registered blind.

While we vocally decry the lack of women and filmmakers of colour represented in festival line-ups, disabled directors are also in a deplorable minority, and it was heartening that Morse was able to make his film and discuss his process during the premiere Q&A. He described the physical challenges he faced (it took him three years alone to write the script), which prompted a lively discussion among audience members about the difficulties of attending screenings with disabilities. As one attendee commented, blind friends were not present in the room because the film was not, on this occasion, audio described.

And so even as many of the films programmed at EIFF made explicit reference to marginalised identities, with the Maori portmanteau film Waru (Briar Grace-Smith, Casey Kaa, Ainsley Gardiner, Katie Wolfe, Chelsea Cohen, Renae Maihi, Paula Jones and Awanui Simich-Pene Aotearoa) and Island of the Hungry Ghosts (Gabrielle Brady) revealing how people on the peripheries continue to fight for recognition, the festival itself continues to exclude some groups. The debate following Lucid may have been uncomfortable for festival organisers, but it is positive that at a pivotal moment in film culture, as we question who criticism, curating and storytelling is for, that conversations like this occur in official, mainstream spaces.

It’s also worth noting that while other major festivals come under scrutiny for the diversity of their programming, there has been little focus on the pervasive whiteness and maleness of the Edinburgh schedule. For example, Cannes was criticised for featuring just 14 per cent women in its main Competition this year. No such data exists for EIFF, so I crunched the numbers for the four most visible strands in the programme. All four Gala screenings featured films made by white men. Of the five ‘In Person’ events, only one was a woman (actress Anna Paquin) and she shared a platform with a man (director Stephen Moyer).

My Friend the Polish Girl trailer

In the American Dreams strand, only two out of 14 films were by women, with just one director of colour (Aneesh Chagnaty). The Best of British category featured 19 films, of which just two were directed by white women (Rachel Maclean’s Make Me Up; Mandie Fletcher’s Patrick) and two by women of colour (Mary Shelley, and Ewa Banaszkiewicz’s My Friend the Polish Girl). Yet there was space to screen two films by one white man in this strand.

The figures are far from inspiring, and smaller, local festivals such as the Scottish Queer International Film Festival and Africa in Motion might offer lessons in how diversity and disability access are successfully embedded in programming. It would also be encouraging to see artistic director Mark Adams sign up to the 50/50 by 2020 initiative to include more women filmmakers in future editions of EIFF. Until then, films about outsiders and alienation will be relevant for all the wrong reasons. Let’s hope Edinburgh really does become a film festival with a difference in future.