Toronto’s international documentary festival moved swiftly to showcase a series of films that reckon with our moment of sexual-relations redress – begging the question of when a political platform becomes an artistic prison, and answering with a vision of creative nonfiction as a space to transcend victimhood. 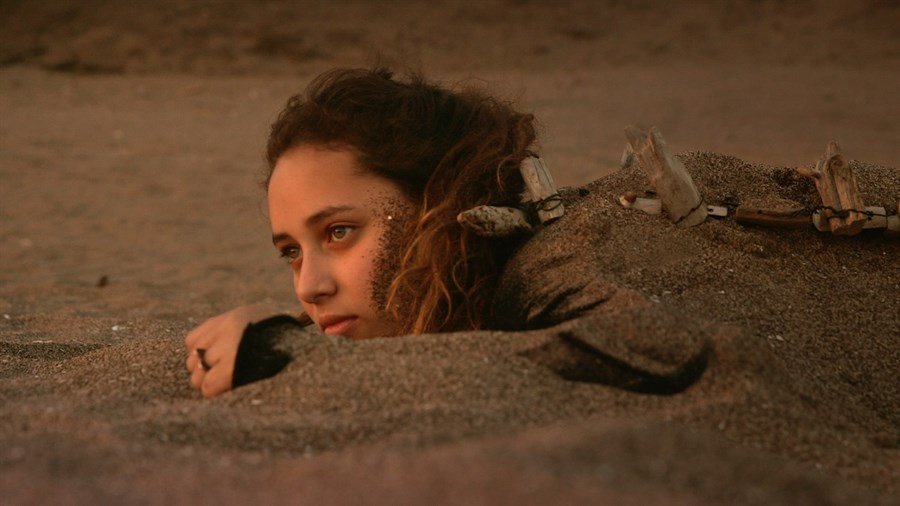 #MeToo, #TimesUp, ‘The Reckoning’ – the wave of discussion and hopeful action in the wake of the allegations about Harvey Weinstein’s sexual misconduct has been referred to as a movement, and one that’s causing ripples of change across Hollywood and the film industry. Yet perhaps it would be more accurate to call this a moment – a disruption in the form of an emotional electric shock that has forced both the people who make films and the people who screen them to listen to women.

However you prefer to categorise it, Hot Docs, the Toronto-based documentary film festival, has responded swiftly, programming a timely themed strand of films titled Silence Breakers just seven months after the New York Times broke the Weinstein story in October 2017. The slate included ten feature-length films and seven shorts, all directed by women, about “women speaking up and being heard”. A promising and substantial-seeming commitment to centring female filmmakers and their stories, surely, supported by the rest of this year’s festival line-up, 50 percent of which were directed or co-directed by women.

Still, there’s a tightrope-fine balance between proactively taking responsibility and performative political posturing that might boost a festival’s cultural relevance – this one wobbling a little with the presence of an Oxfam-branded rape whistle in my festival tote bag, and the ‘comfort counsellors’ on hand at each Silence Breakers screening.

Of those screenings, highlights included Argentinian director Laura Bari’s Primas, about her two teenage nieces and their childhood traumas. Bari lets her protagonists handle the narration, ensuring that their stories are always told in their own words.

The film’s striking centrepiece is an unembellished medium-shot of the pair sat together, the camera still as each girl explains what happened to her as the other listens – a radical act of holding space for each prima (cousin). Fifteen-year-old Rocìo was “raped, burnt, left for dead” at the age of nine, Aldana sexually and emotionally abused by her father as a child. The film moves between scenes like this, affecting in their blunt simplicity, and more expressionistic visuals, like a slumbering seal half-buried in sand and twinned with an image of Rocìo, similarly submerged, or later, a haptic close-up of Rocìo’s reconstructed legs, her hands running over the mottled skin graft as she discusses the surgery. Bari’s lyrical camera newly renders her scarred flesh a site of sensuality, not shame.

Nancy Schwartzman’s Roll Red Roll spear-tackles the perpetrators of sexual abuse, rather than the victims. A glossy, pace-y true crime thriller about the 2012 gang rape of an underage girl by the star players of a high school football team in Steubenville, Ohio, it opens on the image of a full moon, overlaid with chilling audio clipped from a viral video of the incident. “She is so raped right now!” cackles a teenage boy’s voice, describing the inebriated ‘Jane Doe’ (whose identity is not disclosed, and who does not appear in the film).

It was local blogger Alexandria Goddard who brought the story to media attention, tracking the football players’ individual social media posts and piecing together what happened that night with screen caps of self-incriminating, time-stamped evidence. Schwartzman neatly synthesizes this on screen, combining material from text messages, Twitter, Instagram and YouTube with CCTV-style footage of Detective J.P. Rigaud formally interrogating the students and football coach (who didn’t suspend the boys “because it would make them look guilty”). It’s an incisive, hot-blooded look at small-town sexism, and the practical measures taken to protect those who already hold power.

I was also taken by Irene Lusztig’s Yours in Sisterhood, which sees a series of American women read aloud a series of unpublished letters sent to Ms. Magazine in the 1970s, and then respond to them, literally re-animating buried (or rather, silenced) histories. Deceptively knotty and more alive with unresolved conflict than its straightforward set-up suggests, Lusztig speaks to a range of women (and one trans man), not all of who comfortably relate to what they are reading. The letters cover sexual abuse, workplace discrimination, body dysmorphia and other ‘women’s issues’ but what’s striking is how each ‘performance’ seems to draw out a moment of transformation and awakening for the person reading.

Yours in Sisterhood trailer

Billed as a special presentation, rather than as an official part of the Silence Breakers selection was the late addition (and world premiere) of The Reckoning: Hollywood’s Worst Kept Secret, about the Weinstein scandal, and directed by Canadian filmmaker Barry Avrich. Televisual in style and execution, it provides a comprehensive, if hastily sketched, overview of the current media landscape, recapping scandals involving James Toback, Woody Allen, Louis C.K. and Aziz Ansari, as well as Weinstein himself. The film is predictably slippery with regard to separating the art from the artist, a question the film poses with no intention of answering meaningfully, though a well-placed montage of movie clips (including this one from 1994’s Dumb and Dumber) cleverly sum up the way Hollywood teaches men not to take ‘no’ as an answer.

Aldrich also directed the 2011 documentary Unauthorized: The Harvey Weinstein Project (interesting too, that that film was narrated by Albert Schultz, a beloved Canadian actor and director who earlier this year was scandalously dismissed from Soulpepper, the theatre company he co-founded after being accused of sexual misconduct by four actresses), which lionized the media mogul. If this new project is supposed to serve as a kind of corrective, its self-serving ambitions are transparent. With this context, the inclusion of The Reckoning throws into relief the contradictions that can occur when films are evaluated on a message-first basis.

In the Silence Breakers shorts programme, two films that were not envisaged by their directors as #MeToo response pieces caught my eye. The first, Sophy Romvari’s Pumpkin Movie, plays out as an unscripted Skype conversation about everyday sexism between two friends – Romvari, in her Vancouver apartment, and Leah Collins Lipsette, on a laptop screen in Halifax on Halloween, as each carves a Jack O’ Lantern.

More creative nonfiction than traditional documentary, the anecdotes they share are revealed in the film’s credits to have been complied from a series of real-life incidents experienced by a range of women, but whether the two are spitballing about patronising landlords, street harassment or bad dates (“He said that women shouldn’t burp in front of men… And that if they do, they should ‘apologise and giggle’”) there’s a palpable veracity – and a blunt comedy – to the spooky stories being voiced. There’s wit too, in the satisfying, audible slop of pumpkin guts as Romvari reaches her hand into the carcass and loudly empties its stinking flesh into a bucket with her bare hands, an embodied evisceration.

The experimental Infinite Galatea (co-directed by Julia Maura, Mariangela Pluchino, Ambra Reijnen, Maria Chatzi & Fatima Flores) also took a hybrid form, retelling the Greek myth of Pygmalion and his ‘Galatea’, the ivory statue of a woman he carved and fell in love with. The film’s sardonic voiceover circumvents the story’s happy ending (in which Galatea comes to life and loves him in return), choosing instead to focus on the brutal fashioning of this woman’s body, by (and thus for) a man.

The film opens with the sound of rhythmic panting as we swipe through sex dolls on Tinder, the frame in portrait like an iPhone screen, before a jump cut matches the noises to a clip of air being sucked from a blow-up sex doll, her deflating, vinyl body crumpling in on itself until only the hard, shiny mask of her face remains. Anatomical drawings of women’s bodies are mixed with black and white archive footage of train doors being forced open; a small, distressed monkey mid-science experiment; Victorian era images of a nude woman, trussed up on a hospital bed; and later, a modern-day factory where high-end silicone love dolls are built. The cumulative effect is visceral, linking the ethical conundrums that plague Galatea, Frankenstein, and the sex toy industry, and gifting a voice to female bodies designed not to talk back.

Bing Liu’s Sundance Jury Prize-winning Minding the Gap didn’t screen as part of the Silence Breakers programme but could’ve easily slotted in, suggesting perhaps that male filmmakers aren’t subject to the same limits as their female colleagues. A deeply personal film about a trio of skateboarders growing up in the economically depressed suburb of Rockford, Illinois, the film is as much about challenging toxic masculinity and rewriting inherited patterns of gendered domestic abuse as it is a tale of three boyhood comrades and their newly forged chosen families. In a Silence Breakers panel discussion, Laura Bari explained that what victims of abuse and trauma experience is “not anger” but “comprehension”. In other words, progress – however painful – is about active participation, not passive rage.

As Hot Docs have cannily highlighted, documentaries might be uniquely equipped to explore this theme – of ‘silence breaking’ or whistleblowing about matters otherwise unsafe for women to voice. Firstly, in that enough ‘factual’ stories about the abuse of women already exist untold in the world, and secondly in the form’s hybrid possibilities. Beyond the flat rendering of ‘documentary’ as journalistic ‘document’, nonfiction filmmaking might be a creative space where ‘real’ trauma might be reframed, and ‘real’ empathy produced.