Film of the week: Whitney is a deeply sensitive portrait of a troubled singer

Kevin Macdonald’s documentary chronicles the fall of a woman denied authorship of her own image, while pausing to marvel at her remarkable talent. 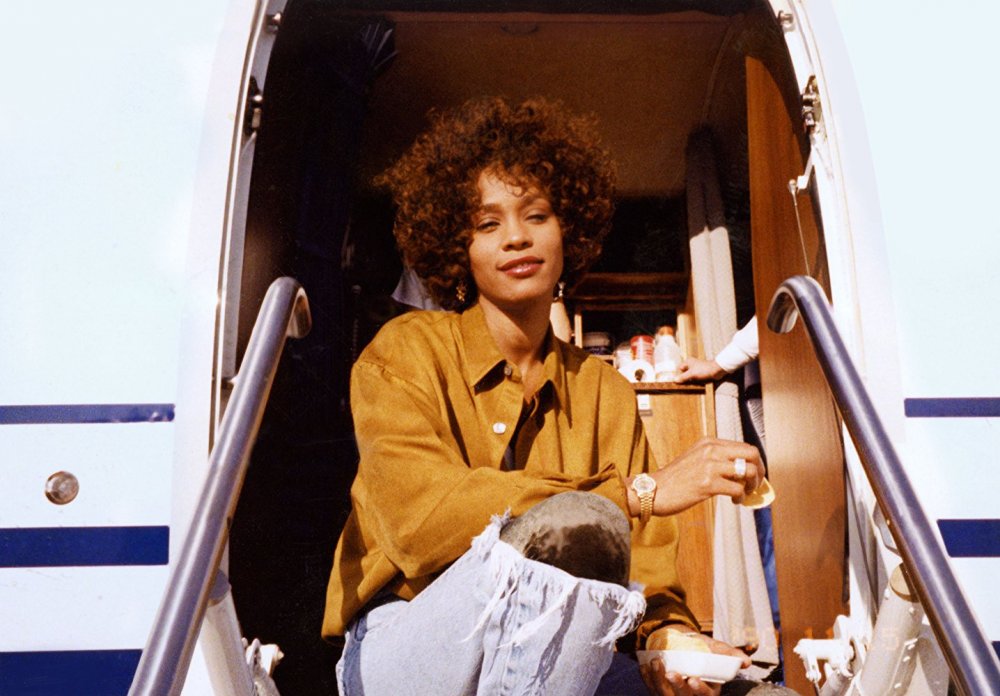 Whitney Houston endured considerable public mockery and contempt in the final years of her life, when she was plagued by a very visible struggle with the drug addiction that would ultimately upend her career. Predictably, perhaps, the six years since her death in 2012, aged 48, have led to a more generous, considered appreciation. Already no fewer than three films have sought to resolve, each in its own way, the curious question of her tragedy – not an especially uncommon tragedy, but no less confounding: how could a woman of such grace, such beauty, such unequivocal talent, meet such a grievous fate?

The made-for-television biopic Whitney (2015), directed by the singer’s Waiting to Exhale co-star Angela Bassett, arrived first, and on the heels of Nick Broomfield and Rudi Dolezal’s documentary Whitney: Can I Be Me (2017) comes Kevin Macdonald, returning to his documentarian roots with this deeply sensitive portrait of Houston, also called Whitney. The two documentaries naturally overlap, in coverage and in themes; and in part, the project of unravelling Whitney Houston is a twinned task, for her life was so: hers is a tale as timeless as Jane Eyre and Bertha Mason, White and Black Swan. Both films recognise the disastrous split between Houston’s wholesome public persona as an entertainer and the complicated woman she actually was, a consequence of celebrity hardly specific to Houston alone. If Whitney bears many similarities to Asif Kapadia’s Amy (2015), it is because Houston and Winehouse shared a remarkably similar descent, a path paved with fraught relationships with their fathers and husbands, a dense social circle of enablers, and a crushing melancholy they sought to quell with drugs and alcohol.

Where Can I Be Me seemed especially concerned with the implications of Houston’s appeal to white audiences and the most salacious elements of her personal life, what Whitney achieves, more admirably, while covering the very same material – backlash from the black community early in her career, tumultuous marriage to singer Bobby Brown, relationship with long-time friend and rumoured lover Robyn Crawford – is something beyond the nature of her prison, a glimpse of the woman herself and the interiority she was so often denied while living.

In his efforts to get to the bottom of her suffering, Macdonald relies somewhat halfheartedly on an increasingly trendy convention popularised by OJ: Made in America (2016), which firmly anchors its narrative in a necessary sociohistorical framework, one that somehow feels less vital here. A hurried montage announces the age when Houston’s star rose: Ronald Reagan makes an appearance, as does Princess Diana; so, too, do familiar images of black Americans struggling, battered and brutalised. Far more pertinent, and missing from Whitney, is the musical landscape with which Houston’s sanitised persona was so incompatible: the rhythm and blues of Houston’s era was heavily sexualised, and her peers included the likes of Janet Jackson and Toni Braxton, who embodied a more palpable sexuality, physically and musically (although the film features Houston disparaging Paula Abdul’s singing).

Whitney, at least, makes a more credible case than its predecessor for the way Houston’s early years determined so much of what would come. It was not just that Houston was born into a poor family that graduated to the middle class when she was still young, robbing her of a perceived ‘rawness’ or a realism that she was either prevented from expressing or unable to translate as a singer. Nor was it as simple as the fact that she had been booed at the Soul Train Awards on the very night she met her husband – so often painted as the villain in her life, he was a man who seemed to possess the ‘realism’ she may well have been after. 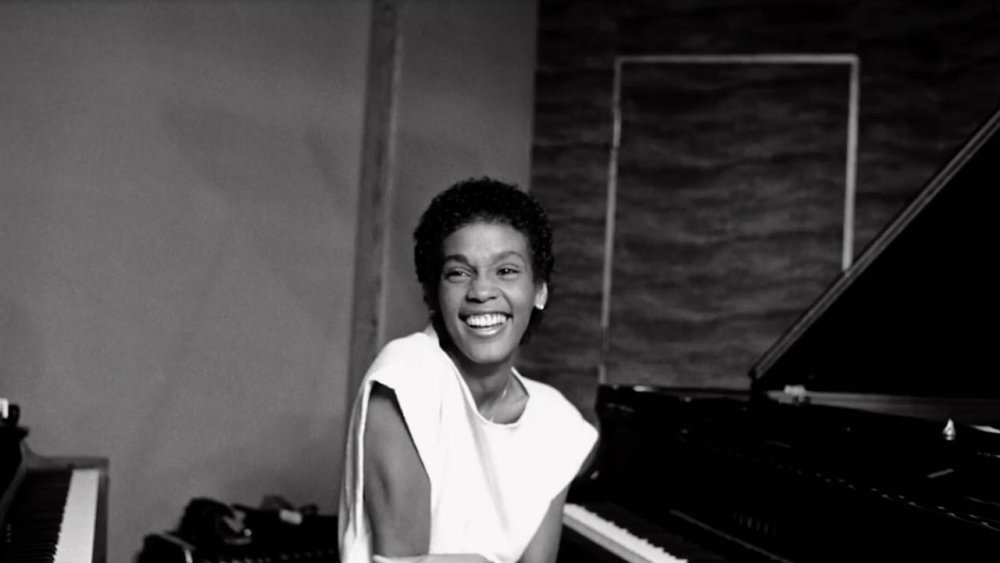 The film suggests, in fact, that all these threads stemmed from a theme that had surfaced long ago. In the early moments of Whitney, several subjects close to the family gush about what a beautiful child Houston was, and hint at early anticipation of a bright future; one begins to see the origins of a life stalled by immense expectation. By the time she became a young star, the image of her as a kind of porcelain doll had stuck, and would continue to trouble her throughout her journey to ‘authenticity’. Rather than revel purely in her tragicomic status, Whitney highlights the less publicised tragedy of a woman denied ownership, or rather authorship, of her own image, and so in many senses doomed to the imagination of others.

Thankfully, the film dwells equally on her natural charisma, her exuberance and her talent. At one point, an audience is left to marvel at her acrobatic voice, nimbly crooning the opening lines of I Wanna Dance with Somebody free of music. Unseen footage and interviews with the singer showcase a woman who, though struggling, was charming and full of spirit, well suited to the spotlight.

A host of by now familiar relatives, close friends, celebrities and former employees chronicle her fall. Brown and Houston’s mother Cissy disappear as the film delves into Whitney’s later, darker years; Brown refuses to discuss her drug addiction, and the film uncovers explosive revelations – most shockingly, allegations of sexual abuse inflicted by her cousin, soul singer Dee Dee Warwick, younger sister of Dionne. Friends to whom she revealed her trauma consider the way the abuse may have derailed her life, while her brother, also a victim, sees in this the roots of his subsequent drug addiction.

These allegations – timely and undoubtedly critical to her story – are likely to eclipse other triumphs of Whitney, such as its deft storytelling and thoughtful negotiation of Houston’s image. But with any luck, what remains underneath all the scandal and tragedy is some measure of the woman herself.

Related to Film of the week: Whitney is a deeply sensitive portrait of a troubled singer