Film of the week: Amy

By popular demand – the tragedy of Amy Winehouse, in everyone’s words and pictures. 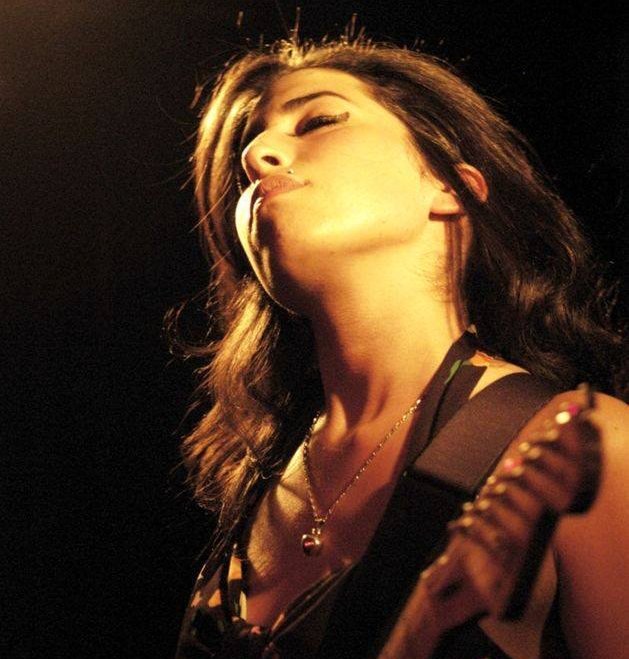 North London, 1998. Shaky home video captures three 14-year-old girls sitting on the stairs. It’s someone’s birthday and they’re messing around, getting ready, licking lollipops. The girls start to sing ‘Happy Birthday to You’. And then, and then… that voice. The voice of Ella Fitzgerald or Billie Holiday coming out of a skinny little white girl with buck teeth.

It’s a killer opening; less than a minute into the film and I’m already choking back tears. There’s no spoiler alert needed here – surely everyone knows that the precociously talented girl who was Amy Winehouse would be dead by 27, a member along with Janis Joplin, Jimi Hendrix, Jim Morrison, Brian Jones and Kurt Cobain of what Cobain’s mother called “that stupid club”. It was all over the press, and her death was deeply affecting to millions.

As with Asif Kapadia’s documentary Senna (2010), Amy is composed almost entirely of archive footage, with no talking heads or single overarching commentary. We hear from a large cast of characters – Amy’s parents, friends and collaborators, such as Mark Ronson, Yasiin Bey (the former Mos Def) and Salaam Remi, plus some wise words from doctors and drug counsellor Chip Somers – who are credited as they speak, though the director keeps his own name off the picture until the very end.

The effect of this is to make Amy seem not only the subject but the author of her own story; Amy utilises a very wide range of types of film footage – archive, mobile phone, news, home video – and she’s in almost every frame, her voice heard throughout. Ironically it’s Amy who seems to be the one vibrantly alive; the unseen interviewees are a chorus of ghosts in the background, particularly the barely-there whisper of her notorious ex Blake Fielder-Civil, the man who inspired Back to Black, the break-up album that changed everything. 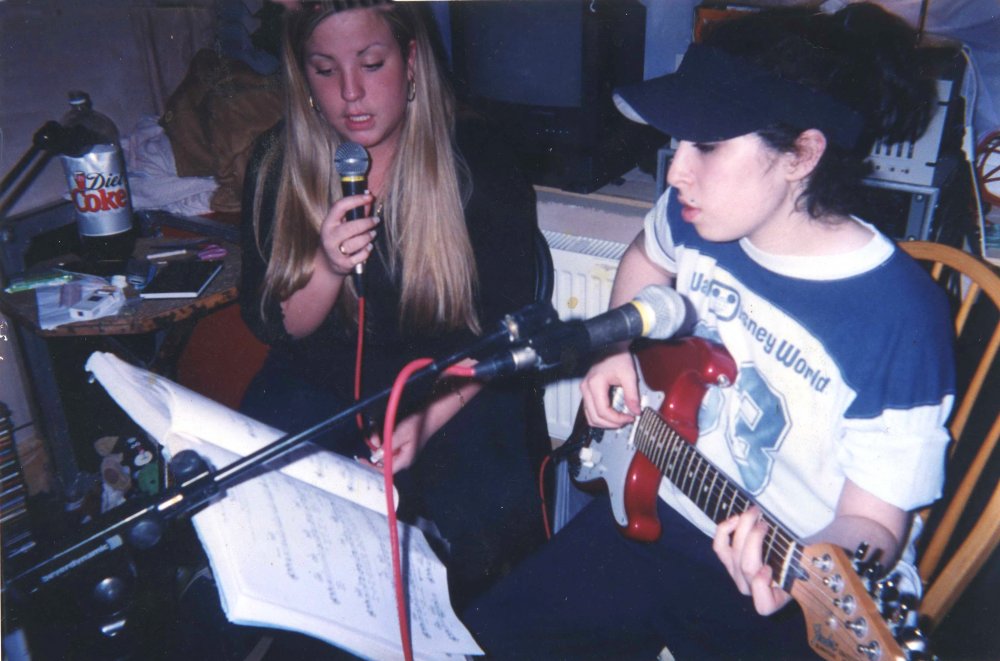 Amy was born in 1983, and the film whizzes quickly through her childhood, probably due to a relative scarcity of relevant footage from this time. Noting the unhappiness that came with her parents’ separation, we see that by her early teens she was on antidepressants, and at 15 bulimic. She was desperate to leave home because “You can’t smoke weed all day in your mum’s house”; as soon as she earned a bit of cash she got her own flat with a girlfriend in East Finchley. Her debut album Frank (2003) was well received, and her career began to take off.

It was when she moved to Camden Town that things got messy. She hung out in The Good Mixer pub and at the club Trash with The Libertines and The Kills, but most of all embarked on an obsessive affair with Blake. Amy followed him into hard drug use because she wanted to feel what he was feeling, but he eventually dumped her to go back to his partner. The film’s centrepiece is a fascinating sequence in which Amy records the vocal for the title track of Back to Black in 2006. She is standing alone in what seems to be a makeshift booth; the scene is stripped of instrumental music, and the focus is on the clarity of her heartbroken lyrics and the pain in her voice. At the end she remarks on the sadness of the song as if she’s listening to someone else or hearing it for the first time.

In Amy ‘the voice’ is augmented by the word, and the visuals are often overlaid with writing. Amy’s childish handwriting, covered in little love hearts, floats across the screen, and the poetry of her lyrics is written out for us to read as the songs play, resonating deeply with what we know to have been going on in her life. In addition to onscreen credits that keep track of who’s speaking, Kapadia continually documents place names and key dates, as Amy gets back with Blake, marries him in 2007 and divorces a couple of years later. The events feel uncomfortably close to home as, more or less chronologically, the film moves inexorably towards Amy’s relatively recent death. 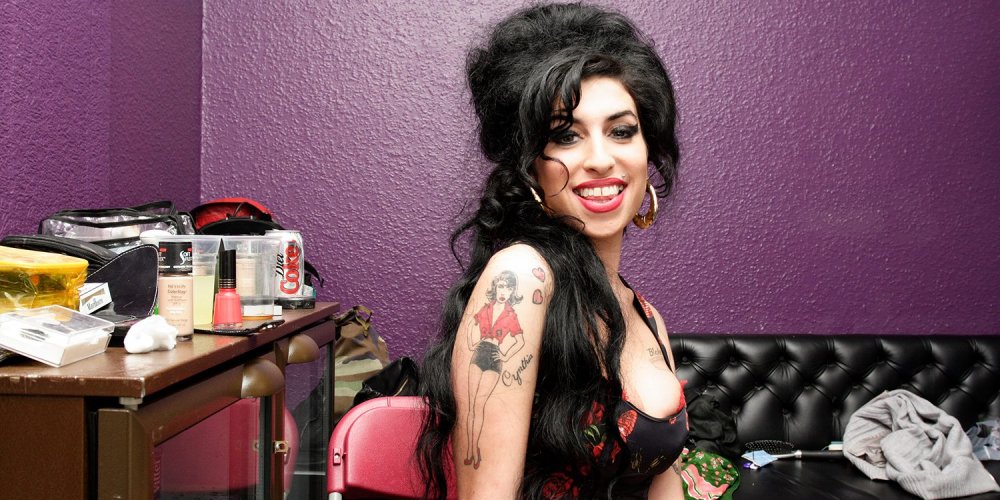 “You sound common,” said Jonathan Ross in an early interview, referring to Amy’s remarkable speaking voice. “Thanks?” she laughs, surprised, perhaps a bit offended, but taking it as a compliment in the face of his identification and approval. Like her best mates Jules and Lauren, the teenagers sitting on the stairs, she was a ‘gobby girl’ with a strong London accent who didn’t seem particularly to want or need the mega-stardom that rose up around her. In 2003, she predicted that she wouldn’t be able to handle fame: “I’d go mad,” she said. And go mad she did, amid the full attention of the British press, a million flashbulbs exploding in her face, her plight fodder for chat-show comedians. We see the paparazzi in a feeding frenzy outside her home – they knock her over in the scrum, then tell her to “cheer up”.

This is a film about ‘the voice’ augmented by the word, but it’s also about the image, and Kapadia makes powerful use of still photography, whether pictures stolen by the paparazzi, studio portraits, snapshots or selfies. The presence of so many little-known images indicates the sheer number of pictures taken of Amy; we see the child become a young woman (“Stop filming my spots!” she complains to a friend), then an icon and increasingly a caricature of her own stylised image.

As the film documents Amy’s first crisis of drug addiction, a potentially playful image of her sticking out her tongue is undermined by a coating of thick grey-green mucus, and Kapadia holds the shot for much longer than we would wish. Contemplating Amy’s madness, the director uses a set of raw photographs that invoke portraits of Victorian asylum inmates. Well-chosen archive footage documents the processes of photography: a creepy film of Amy and Blake posing for the fashion photographer Terry Richardson (since the subject of allegations of sexual assault); the paparazzi grabbing shots of Amy in shock outside Pentonville prison after Blake is arrested; and unwanted television cameras capturing a complex family altercation, Amy’s father Mitch agreeing to let a couple of tourist fans take a snap as she attempts to get away from it all on a remote beach. 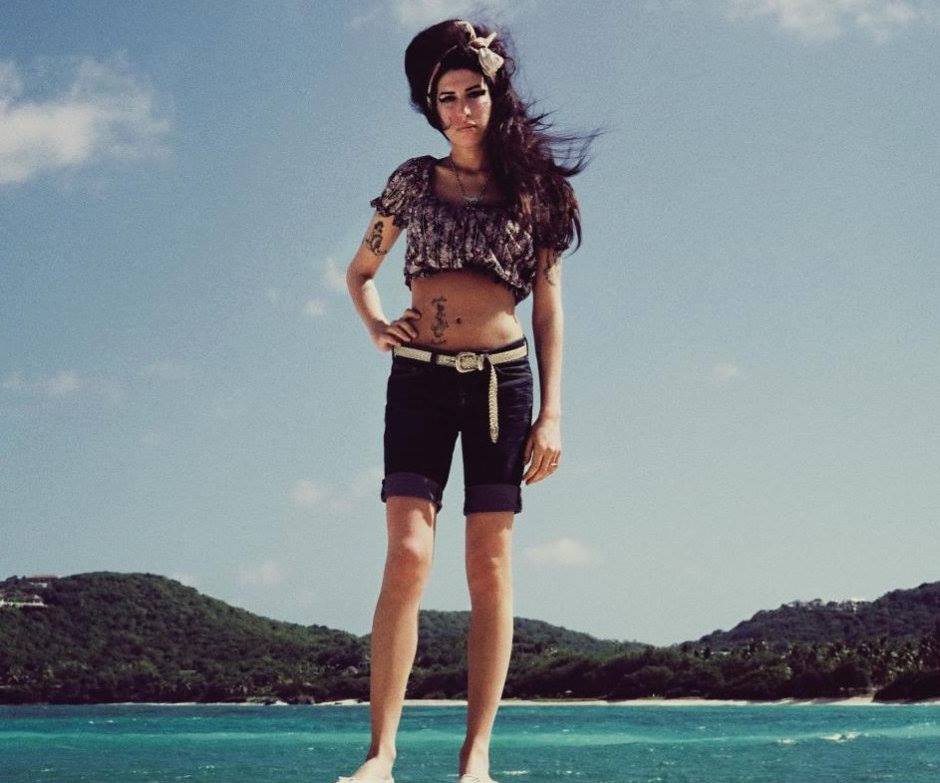 By the time of the 2008 Grammys, Amy is drug-free and on stage in London, video-linked to the ceremony in Los Angeles as her idol Tony Bennett arrives to present the award for Best Record. “Dad! It’s Tony Bennett,” cries a star-struck Amy, and her jaw is on the floor when he announces her as the winner. The room explodes. But then, on what looks like the greatest night of anyone’s life, a girlfriend recounts how Amy took her backstage to confide that it was boring without drugs. “I don’t want to die,” Amy said, but even when drug-free she was drinking heavily to anaesthetise herself. Terrible live performances at the Eden Project and Bestival prefigure a final nightmare show, when Amy sits down silently on stage in Belgrade. The crowd’s cheers turn to boos, jeers and commands: “Just sing.”

Jules recounts that Amy sounded her old self again when she unexpectedly rang in late July 2011 to apologise for her bad behaviour. But the following day she was dead from alcohol poisoning, found by her bodyguard in bed as if sleeping, her heart weakened by years of drug abuse and bulimia. News cameras quickly gathered around the house in Camden to capture the sight of a body bag being taken away, as young women in the crowd outside wept, “Rest in peace Amy.” We see the people we’ve come to recognise through this film – Amy’s friends, family and collaborators – devastated, arriving and gathering at her funeral, where the men’s kippahs remind us for the first time of her faith. Among other things, Judaism prohibits tattoos, and Amy became one of the most famous tattooed ladies of all time. 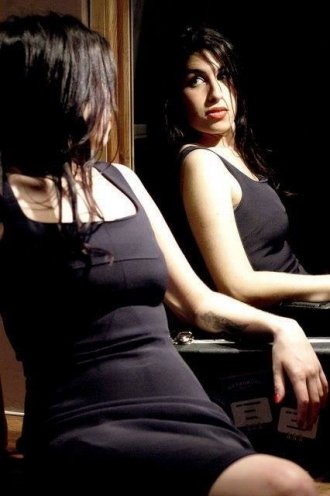 Midway, the film becomes gruelling, and the endless chaotic flashlights and dizzying mobile-phone visuals hard to bear. There are some shocking images in this desperately sad, judicious but overlong film, which itself could be read as part of the problem – a symptom of the public’s endless appetite for misery and seeing stars self-destruct. But while walking this fine line, ultimately the film neither wallows in Amy’s fate nor glamorises her tragedy. All of this makes Amy essential viewing, not least for the audience of young women who will be drawn to it. If it’s distressing to watch, imagine how it felt to be her.

Documentaries are often more suited to television than cinema but, like Senna with its drive for speed and sound of roaring engines, Amy is definitely one for the big screen: big eyes, big hair, big eyeliner, big sound. On screen, the film’s title is her name in big bold capital letters and it packs a huge emotional impact. With the rights to her music controlled by Mitch Winehouse, Amy’s story will surely become a biopic one day, like most of the others in ‘that stupid club’. But it’s hard to imagine that a significantly different version will be told, because from his multiple interviewees and the vast amount of archive, Kapadia has drawn together a single but collective point of view: Amy was an adult, not a child. She liked alcohol and drugs. The paparazzi are awful. And she was one of the greats.

Related to Film of the week: Amy