Keeping our end up? Edinburgh 2015’s Best of British

For all the Edinburgh Film Festival’s serial changes of leadership, this year’s native showcase yet again struggled to find enough titles above the humdrum. Is this as good as it gets? 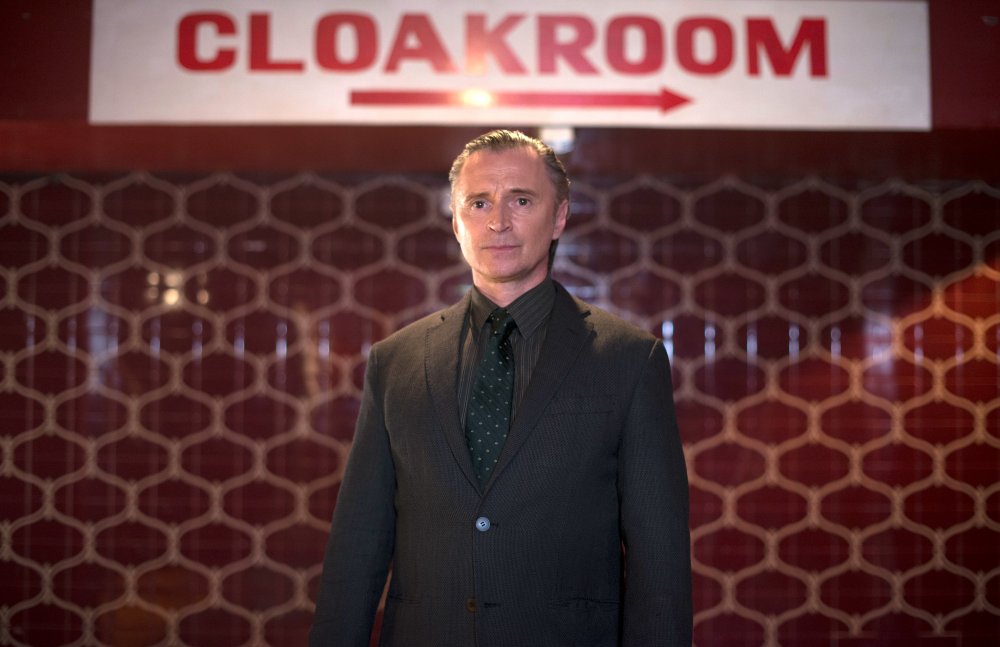 Much digital ink is spilled annually about the state of the Edinburgh International Film Festival (EIFF), not least since the length of tenure for its recent artistic directors has ensured that the previous incumbent still lurks at the banquet when the current job-holder shows the first sign of weakness.

Chris Fujiwara’s appointment in 2012 brought an emphasis on international cinema to the long-established event, along with the involvement of several filmmakers unlikely to regularly cross a casual audience’s path; in effect Edinburgh hosted a high-profile arthouse festival programme for three years. The extent to which this connected with audiences is open to debate – 2014’s official audience figures were boosted by a remarkable rise in reported attendees at the festival’s outdoor screenings of family films which might prove hard to repeat – but the arrival of film critic Mark Adams to the job in March 2015 always looked likely to leaven the programme with more overtly accessible fare.

But no AD can move the month of June to a different part of the calendar, and the films either available or agreeable to screening at Edinburgh remain subject to myriad seasonal pressures and constraints. This has become particularly apparent in EIFF’s programme of British films, which with due allowance for small shifts in emphasis – and even the occasional gem – has sailed on a resolutely consistent track for several years and through several ADs, raising a few legitimate questions about whether festival-goers or indeed the festival are being particularly well served. Presenting audiences with a cross-section of average UK output for its own sake might be a worthwhile exercise on paper and even an arguable part of a festival’s remit; but average UK output struggles against its own systemic flaws, and the time has surely come for a festival with EIFF’s muscle to push against them with some more active curation. 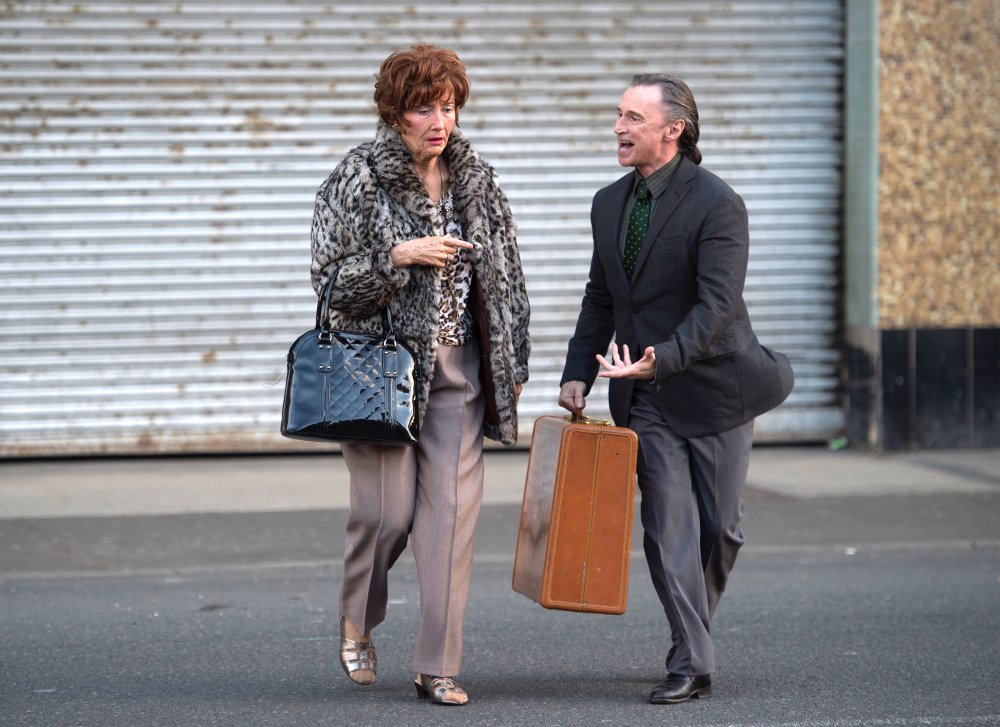 One factor in Edinburgh’s favour this year was the opportunity to both open and close with films made in Scotland, and programme in between several others with strong Scottish involvement or local settings – although the setting in question was often Glasgow. Robert Carlyle’s debut directorial feature, The Legend of Barney Thomson, kicked off the festival in a black-comedy vein with Carlyle himself as a woebegone Glasgow barber who develops an involuntary sideline as a serial killer. Emma Thompson indulges a regular fondness for grotesques as Barney’s fearsome mother Cemolina, although the supposed generation gap between the actors is a tough nut to swallow. The body count is on a par with 2014’s festival-opening Hyena, but Carlyle’s film was a far more successful choice for the mid-week gala slot in both style and ambition.

Two high-calibre Scottish actors attended with features which served as showcases for their skills. Peter Mullan plays the title character in Hector with formidable intensity and resilience, as a homeless ex-Navy man travelling down from Scotland to an annual Christmas stay in a London shelter. Jake Gavin’s film is built on Mullan’s formidable strength of character and unbreakable spine, and depicts a society in which the kindness of strangers is still key to a man’s survival once he’s down on his luck. Hector gets roughed up by a pair of youths, but most people he encounters are unfailingly generous, shelters are manned by generous volunteers, and Hector’s benefit payments arrive on time. The system works, as long as you ignore Hector’s friend who freezes to death in the night. 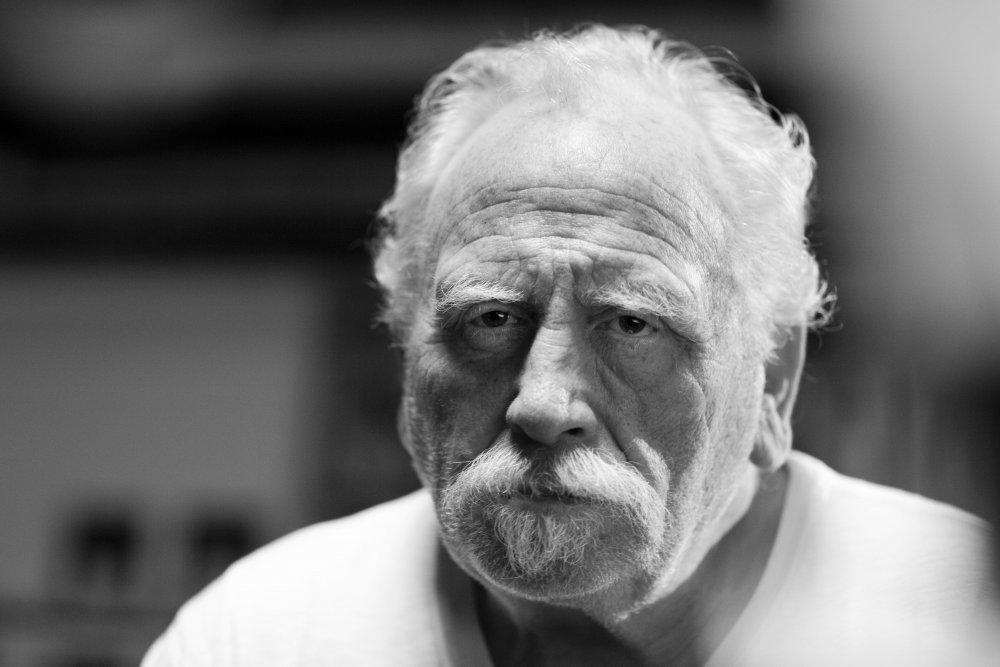 James Cosmo occupies the screen for almost the duration of The Pyramid Texts, a 100-minute monologue divided into several artfully directed sequences but shot in uniformly lustrous black and white, in which an old boxer records a mournful message to his son. Here too the prevailing emotions are compassion and ineffable regret, along with the inherent voltage of a grand actor shot in close-up. A rise in cinematic drama at the climax is unnecessary.

Nostalgia powered two British documentaries, although both were strictly conventional in form and ambition and a bit wistful about changing times. Both also followed the vogue for explanatory titles that might suit a key-word search. Big Gold Dream Scottish Post-Punk and Infiltrating the Mainstream mapped out the two magnetic poles of the region’s early-1980s music scene: Bob Last in Edinburgh, whose subsequent career involved chairing EIFF’s parent body until just before this year’s festival; and Alan Horne in Glasgow, whose creative eccentricities then and now don’t allow him to participate in this kind of nostalgic reverie. 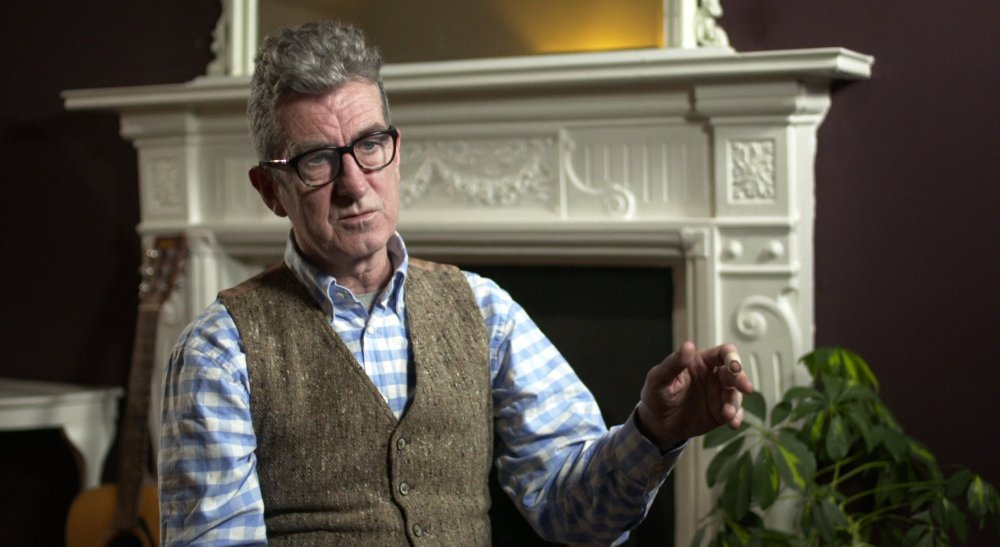 The same is true for writer Alan Moore, mentioned frequently in Future Shock! The Story of 2000AD but these days highly unlikely to appear in person. Many voluble Scots do speak though, especially stalwart UK-comics-writers John Wagner and Alan Grant. But the best value for money in this neck of the woods is always Pat Mills, his fire still strong four decades after first putting the wind up the establishment via 2000 AD’s precursor Action, a concerted effort towards Dickensian commentary camouflaged as a boy’s weekly comic. It might be time to admit, though, that with the tools to make a documentary now more available than ever, and blatant nostalgia a strong incentive for funders to put their hands into their pockets, the talking-head documentary form still looks more at home on smaller screens.

Which is surely the problem for a lot of British features too. A couple of the films nominated for this year’s Michael Powell Award for Best British Feature Film –Joseph Bull and Luke Seomore’s Blood Cells, Martin Radich’s Norfolk – adopted conspicuously cinematic agendas, although in both cases that agenda involved blasts of inserted expressionist aggression on the screen and abrasive dissonance on the soundtrack; this is the influence of Under the Skin working its way through the system. Although not entirely successful, both these – along with Andrew Haigh’s more subdued and effective 45 Years, which ultimately won the award and was easily the high-water mark of the domestic programme – at least felt like works with some cinematic backbone; films engaged with the ineffable strangeness of British rural landscapes and the people crossing them.

But those aiming for either urban drama or comedy – the words ‘mainstream entertainment’ seem the only ones available – ran straight onto the rocks. A number of films so negligible it seems invidious to spotlight them here – though that didn’t stop the festival offering them a platform – played out before paying audiences who were either audibly restive or voted with their feet before the end, and it wasn’t an aggressive novelty that was the driving them away but the opposite, an all-pervasive familiarity.

Mostly this is familiarity from television and home viewing, where a particular visual and aural language associated with urbanity holds such sway that cinema features aiming for broad appeal are now compelled to cleave to it. With the borders between delivery systems now dissolving or gone, the mere act of watching this particular lingua franca on a cinema screen feels like seeing something passing through on its way to a more fitting destiny somewhere else entirely. For the best of reasons, EIFF screened a retrospective of US TV output by the likes of Tobe Hooper and Steven Spielberg; filmmakers relishing the chance to squeeze a big-screen’s worth of artful craft onto a small-screen’s real estate. In a lot of the festival’s British programme, the opposite seemed to apply.

Correction (6 July 2015): This reviewed originally linked to Warwick Davis’s 2014 travelogue Norfolk. Edinburgh was showing the 2015 drama by Martin Radich. This has been amended.

Related to Keeping our end up? Edinburgh 2015’s Best of British