The end of prestige?

The UK Film Council may be dead. Miramax is pensioned off. Nick James reads the entrails of ‘quality’ cinema in the Digital Age. 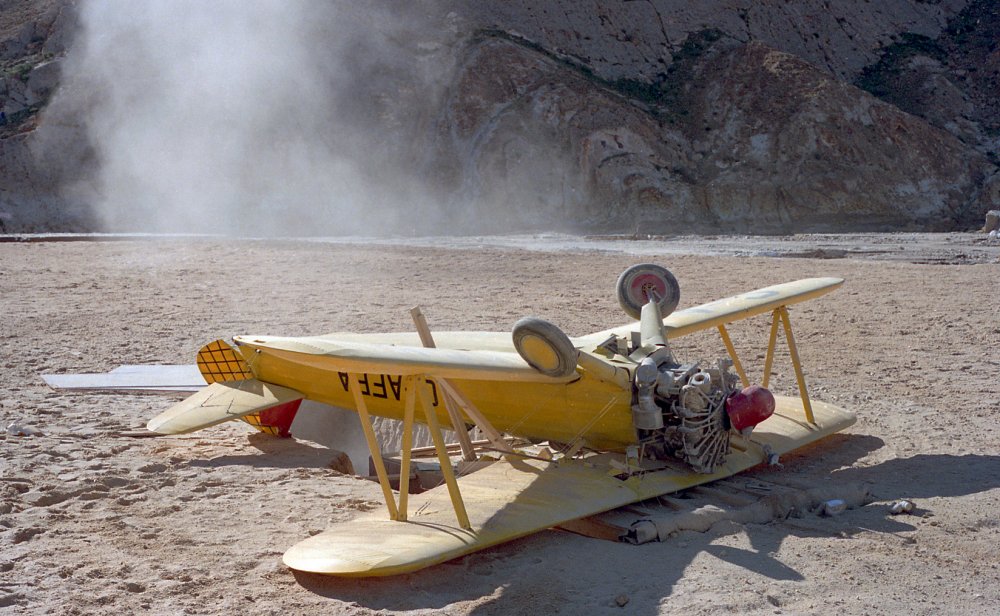 In all the hair-tearing alarm about the UK government’s axing of the UK Film Council, the real reason why the timing of its disbandment is tough on film-makers has tended to be either ignored or mentioned as an afterthought. Wherever on the spectrum from outraged supporter to gleeful detractor of the UKFC you may be, no-one can deny that many British film-makers were already in an uncertain place before the announcement.

As UKFC Chair Tim Bevan put it, rather too mildly, “film-makers and film companies will need more support as they make the challenging transition into the digital age.” Behind that remark lies a complex picture of an industry comprised of people who see the digital world dissolving their old models of how to do things when they have yet to find new models that can help them make films of the quality they have become used to.

And when I say ‘quality’, I don’t necessarily mean the aesthetic qualities of art films so much as the specific sense of seeing the money spent up there on the screen, in the form of both movie stars and that dull-sounding matter of ‘production values’: camera moves, costumes, setting, make-up (aka mise en scène), the full arsenal of well-funded mid-range cinema.

The middle has crash-landed

It’s in this context that the recent sale by Disney of Miramax to Filmyard, a new US investment group, feels so symbolic. It seems not so very long ago that Miramax, under the Weinstein brothers, dominated the prestige-movie market with films like The English Patient and Shakespeare in Love. Though the company was largely founded on the success of Tarantino’s Pulp Fiction, it became better known for cornering the markets in literary adaptations and consequent Oscars.

The essence of the Miramax approach at that time was to take the costume drama end of the art-film market (we could call it the Visconti tendency), inject big stars, a more commercial and middlebrow eye on screenwriting and cutting, and spend a lot more on marketing. What this meant, for a short while, was a few of these films got budgeted as high as $27 million and still made a profit.

It was the seeming success of this area of the market that inspired confidence in the UK Film Council’s founding desire to foster a “sustainable British film industry”. After all, the British are good at period dramas and semi-posh romcoms, and it was earlier films pitched at a similar level of ambition (if not budget) that had made Polygram the mini-studio most influential on the UKFC’s initial policies. But one piece of major damage that the digital age seems to have done is to reduce that middlebrow market, and indeed to demonstrate that it was always dependent on the kind of oddball breakout hits that cannot be regularly generated by any system, sustainable or not. The Miramax movie had inflated the costs of such films; now they are barely viable. 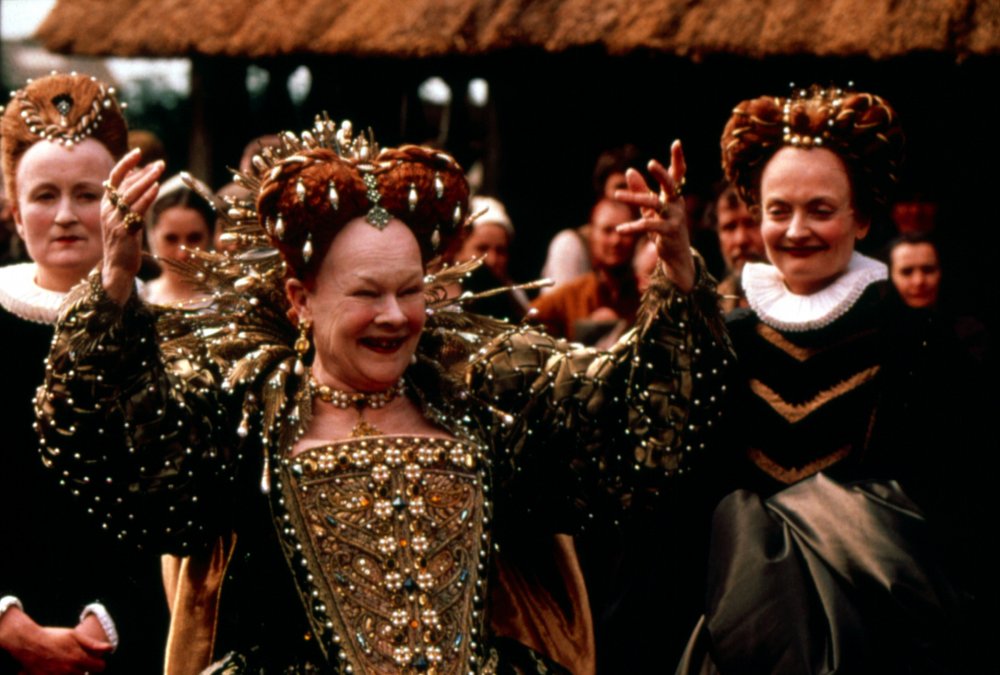 Show them the money: Shakespeare in Love (1998)

There is always tension in budgets between the desire to have the best production values and the ability to give investors a return, even though the latter may depend on the former; but the ability of many British producers to square that circle at the level they aspire to is now severely hampered. They might still get their films made, but budget trimming has its limits and they are being tested to the utmost. The movie star is no longer as dependable an asset for driving profits. It is easier for Barnaby Thompson of Ealing to raise $30 million dollars to make a larky St. Trinians film than it is to raise $5 million dollars for any kind of high-prestige drama.

It could simply be that the popularity of such films for grown-ups is cyclical, that in a recession people want escapism, so the films become temporarily unfashionable. Or you might say that yet again the British film industry’s desire to sell to American audiences has left it high and dry – but that would be to ignore the fact that US indie producers are in the same boat.

Many are the coping mechanisms under discussion: building internet fan bases, pitching film festivals as new production and distribution networks and the like. As long as Britain’s fissiparous jumble of mostly tiny production companies had the UKFC to give the world at least the impression of industrial unity, these discussions took place discreetly at a relatively leisurely pace. With the UKFC gone, however, the need to develop new models seems more urgent, and must be central to the thinking of whatever organisation is given future control of lottery funding.

There are some hopeful possibilities. New technology has made filming (on HD at least) a little cheaper, and time and the declining importance of stars may – however regrettably – see the price of creative talent fall far enough to bring the prestige middle ground back into closer range. Digital exhibition without prints ought to become cheaper, and indeed may yet enable producers to bypass distributors altogether. However, for all future British mid-market digital productions of quality, it seems probable that the sense of money visible on screen may never be as fulsome as it was in the Miramax era.

This is a crucial issue for British cinema because its domestic audience will continue to see American cinema as the standard of the visible quality by which it measures all films. They will also continue to find well-funded drama, with reasonably high production values, on their TV screens (although whether it will be free, with the BBC license fee under threat and Sky buying up the HBO drama rights for subscription only, is another matter). I don’t pretend to have solutions to these UK digital rollout problems, but I offer here below, for whatever they’re worth, some observations on the subjects of audiences, new modes of cinematic address and new approaches to UK film-making.

Whenever I hear people in the industry use the word ‘audiences’ I can tell they are still thinking of that crowd of people thrilling in the dark together as one, of a mass, not an aggregation of individuals.

Those circumstances are still the best way to watch films, but the image is largely a romantic one because 75 per cent of all UK film watching takes place around small screens. In that small-screen context the community of people watching together probably averages nearer one than five. Much of the time these screens will be widescreen televisions, but some of the time they will be laptops, iPods and iPads. I think this raises important questions of, for want of a better phrase, modes of address.

In March last year, Ryan Gilbey wrote in the New Statesman that “mainstream British cinema is enslaved more than ever to the feelgood and the aspirational… The British hits of the past 12 years show us to be suckers for fairy tales, nincompoops in flight from reality, covetous of fame.” 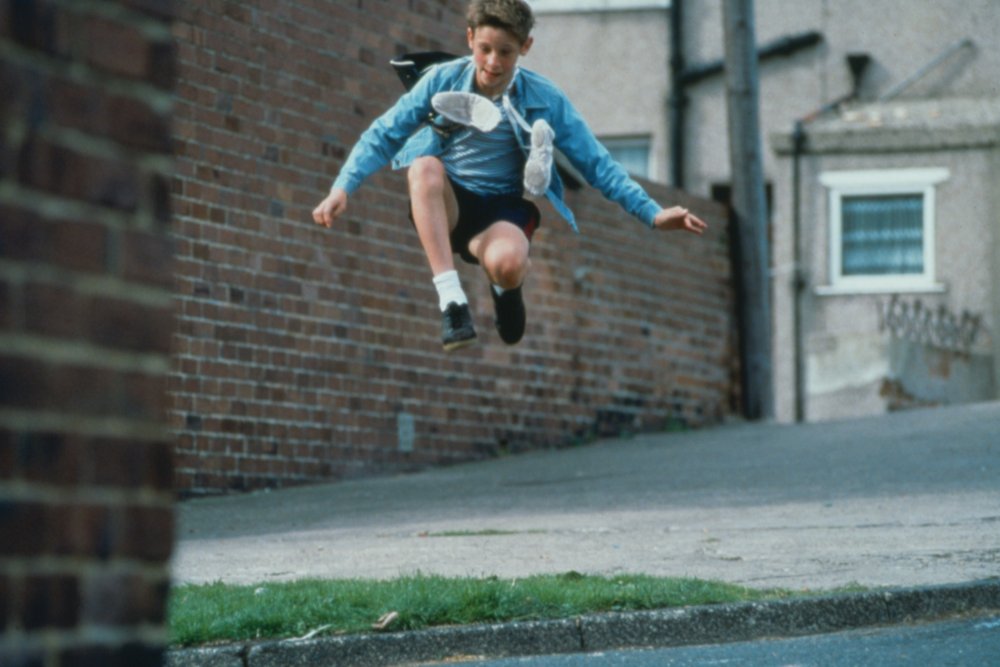 Perhaps we are, but the films Gilbey cites – Slumdog Millionaire, Billy Elliot, The Full Monty – are predicated on that mass-audience experience, a market that may, in future, be almost entirely the province of 3D extravaganzas. Suppose that is the case? The question then is how to make films that are not aimed at the mass market, that perhaps address that small group of three, two or one in a specific way.

I have a feeling that watching aspirational films alone is not so much fun, so let’s consider for a moment what films work in a solipsistic context. Using the iPod as the extreme example (with the iPad as its bigger sister), and setting aside the issues of sharpness and brightness that make some films impossible to watch in that format, is it not a very personal, private experience? The fact that you can stop and re-access the films at any point, and you’re as sealed off from other people as you could be in public, makes it much more like reading – and is there a more personal cultural experience than reading?

What that suggests to me is that there is a different way of thinking about future audiences. Arguably, more intimate, personal kinds of cinema better suit these circumstances. I’m thinking in particular of the current run of Romanian films whose sympathetic atmosphere of quietude seems well adapted to a novelistic mode of watching cinema. I’m not saying this is what all British cultural cinema should be like in the future, only that part of the new way of thinking about audiences has to consider how atomised the audience is becoming and has already become.

The national mood, too, may be changing with more austere times. It is now commonly said that the reason why film-watchers are no longer so impressed by movie stars is that we know too much about them – that they seem too mortal, too much like ourselves. Perhaps the corollary of that attitude could be a desire for a more intimate engagement with the film-maker’s worldview, for a more personal style of cinema, for a sense that the viewer is being respected not as a face in the mass but as an individual.

And how does one engage this atomised collection of very different individuals? I’m not sure, and it might seem like wishful thinking, but my hunch is that you don’t make assumptions about what viewers want at all. Instead you give them the best work you can do: work that respects their intelligence and looks for like minds. It may have to be a poorer kind of cinema in terms of production values but it might help produce a richer cultural cinema than we’ve seen in recent years.