Fighting through the night: socialist odds and sods at AV Festival 2018

Cut loose from Arts Council funding, this year’s edition of the North East’s invaluable arts biennial forged on with its exploration of socialist pasts and futures against a distracted and hostile climate. 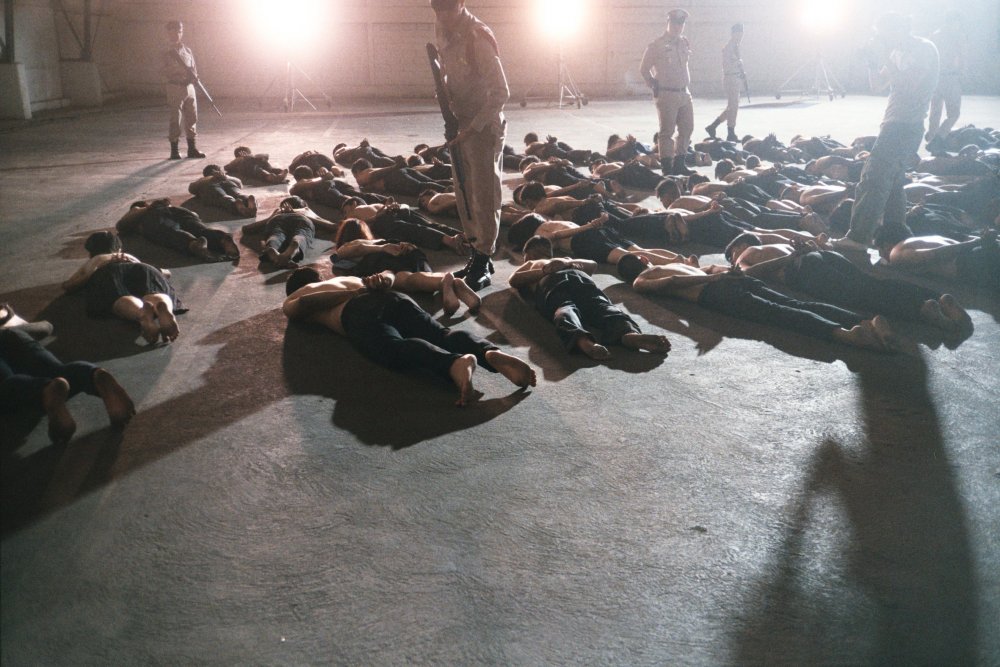 Anocha Suwichakornpong’s By the Time It Gets Dark (2016), one of the films screened in the 2018 edition of AV Festival

There’s making films politically, and there’s making political films. The distinction, made during a panel discussion at this year’s AV Festival, is a potentially unwelcome reminder in the current critical climate. Given the present tendency among liberals and the film industry’s identitarian left to mobilise around facile notions of political gain, however, re-emphasising the difference between mode of production and artistic content might add some much-needed complication to a discourse increasingly and reductively dependent upon crude textual analysis for its chief mode of attack.

AV Festival 2018 (Meanwhile, What About Socialism? Part Two) runs 3-31 March at venues in and around Newcastle.

While art is being held to weird and frankly unworkable standards, at least when it comes to actual content, capital continues to be our central fact of life. Cultural journalists can be quick to forget this – indeed, their distraction from it conditions its persistence.

In this sense, the biennial AV Festival’s decision to dedicate two consecutive editions to socialism as a single theme appeared, in 2016, to be as appealing as it was ambitious. The eighth edition, again a month-long affair taking place primarily in Newcastle (with one moving-image installation south of the Tyne in Gateshead), is titled Meanwhile, What About Socialism Part Two. The question is lifted from Orwell’s Road to Wigan Pier; whereas the first part lay the groundwork for how far we had come, the follow-up would look to its future. As Lenin put it, nearly 120 years ago: what is to be done? 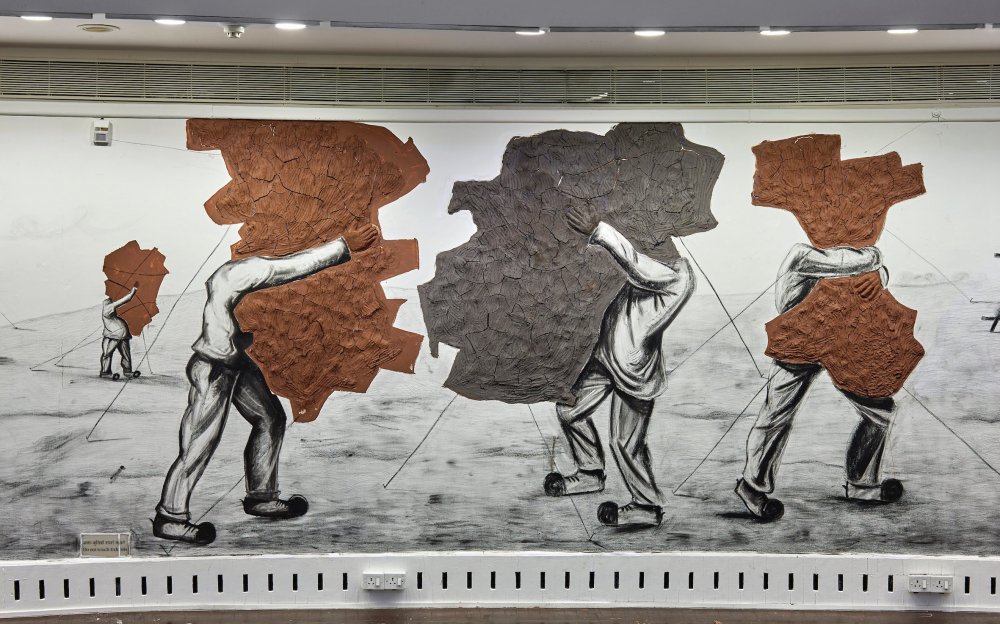 Prabhakar Pachpute’s Resistance (2016), one of the artworks showcased in the 2018 AV Festival

A lot. One of the more unpleasant and counterintuitive demands to place on any artistic practice, however, would be a quantifiably coherent expression of allegiance – extractable from within the work itself – to a particular political position. In many ways, the mode is the message; under Western social democracy at least, the right – having wrested long-term control of the means of artistic production – realised this ages ago. The cultural left, caught up in life-suckingly humourless hand-wringing, will presumably at some point want to catch up.

At any rate, to both its credit and my surprise, AV Festival’s nominal theme this year has been a starting rather than an end point. The panel discussion already alluded to, involving artists Leah Millar, George Clark and Aurélien Froment, quickly thrived down tangents to do with structural cinema, the materiality of film and autonomous working practices defined in opposition to the resources, capabilities and ecological footprint of the mainstream industry. Expanding communities out of this kind of production might prove to be a matter of open-sourcing materiality itself – that is, of advancing educational systems around the development of alternative film stocks. While we’re at it, can we democratise digital equivalents too, finding ways to challenge and dismantle current monopolies in, for instance, DCP production? 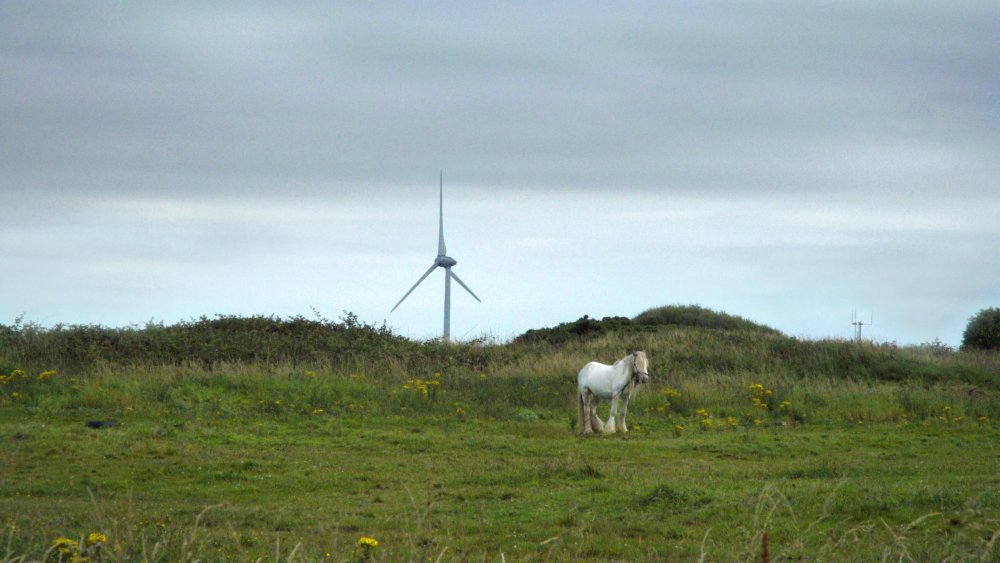 Raqs Media Collective’s multimedia installation Provisions for Everybody, commissioned for the 2018 AV Festival

Hosted in a city boasting a strong cultural identity rooted in labour and industry, AV Festival takes pains to map the international to the local. Its centrepiece this year, Raqs Media Collective’s newly commissioned multimedia installation Provisions for Everybody, reworks Orwell’s Wigan Pier into an itinerant search for socialist continuity between site-specific contexts – ranging from eastern India and Myanmar to Catalonia and northern England. 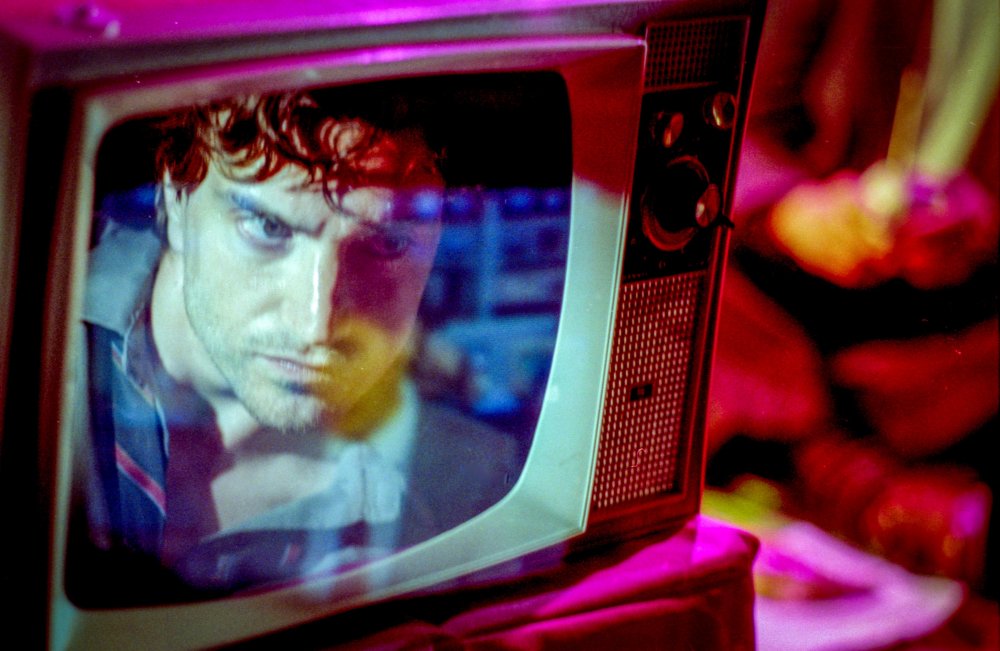 An international energy also permeated the festival’s ‘cinema weekend’, which placed a joint emphasis upon the industrial heritage of the Tyne and the radical and prolific output of the late Chilean filmmaker Raúl Ruiz, including the UK premiere of his posthumously completed feature The Wandering Soap Opera (1990/2017). Though Chile and Newcastle are not natural curatorial neighbours, the emerging dialogues between films helped to elucidate some vivid connections (and oblique strategies) when it comes to methodology and artistic intervention.

Clark projected Double Ghosts, his fascinating new short, which traces the shooting locales of Ruiz’s lost 1995 film Comedy of Shadows, finding parallels between a socialist hauntology in Chile and martial law in Taiwan. The gimmick: an unfinished film in an incomplete building – the volunteer-run Star and Shadow Cinema, under construction at a new location in Newcastle since gentrification plans displaced it from its previous site in 2014. 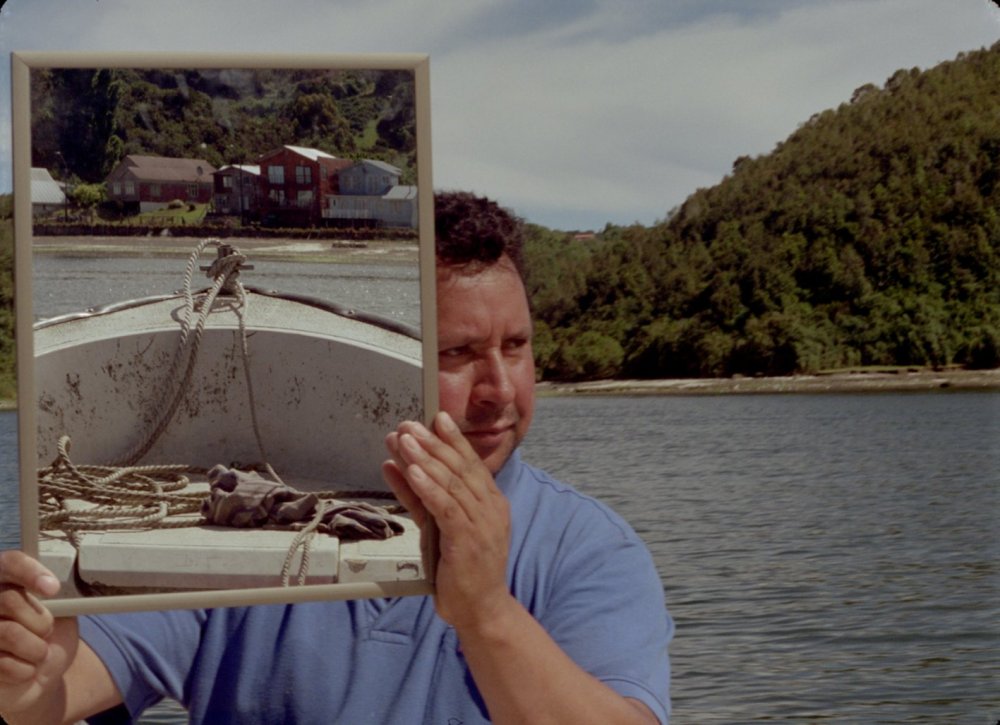 Froment, meanwhile, took a key tenet of Ruíz’s philosophy – that each cut in a film hints at a potentially infinite number of other movies – and applied it to the Chilean’s mostly lost 1973 work Socialist Realism (As Considered as One of the Fine Arts). Working his way through a travelling chronological retrospective of Ruíz’s entire filmography, Froment dumped the surviving 50 minutes of Socialist Realism, expertly and provocatively, in the middle of a 16mm projection of The Thing from Another World (1951).

Millar’s Un.s.cene (2018), a new film commissioned by the festival, is not only a beautiful 16mm ode to the traces of lost industry that haunt central Tyneside’s quayside, but also a continuation of the exceptional documentary output produced by Amber, Newcastle’s film and photography collective, in the 1970s and 1980s. Millar’s concept was to “make an essay film that doesn’t have an essay in it”; the result is an engagingly visual exploration of a riverscape, which activates a particular mode of attentive viewing not unlike that demanded by Clark’s film and Froment’s programme. Towards the end, images of a statue of George Hawks (1801-63), Gateshead’s first mayor and one-time head of the huge ironworks responsible for building the High Level Bridge over the Tyne, are overwhelmed by scratches and blemishes – as if to approximate through filmic grammar the difficulty and importance of preserving history as part of a collective memory. 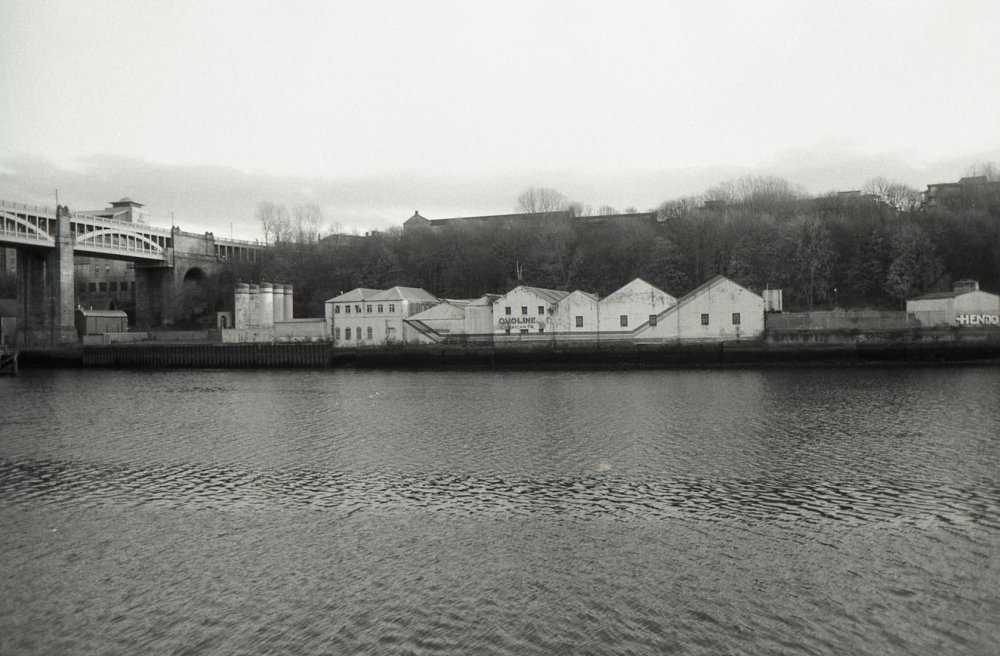 A similar (digital) technique is used towards the end of Thai filmmaker Anocha Suwichakornpong’s By the Time It Gets Dark (2016), which screened elsewhere in the programme. Concerning itself with a director hoping to make a film about the 1976 massacre of students by state police at Thammasat University, Anocha’s increasingly fragmented film is, among many things, a poignant treatise on the difficulty of depicting a national trauma with any kind of justice or clarity.

Sylvain L’Espérance’s Fighting Through the Night (2016), an almost five-hour documentary on the economic crisis in Greece, likewise confronts and reflects the sheer challenge of approaching a systematic, all-encompassing problem as an artist. Durational in an undemonstrative way, the Quebecois’s film is a gestalt of the various struggles being waged against austerity within the heart of European democracy. Most persuasively, it centres on the Ministry of Finance’s cleaning ladies, recently made redundant, who sing and protest their way through a war of attrition against absurdly over-equipped riot police. 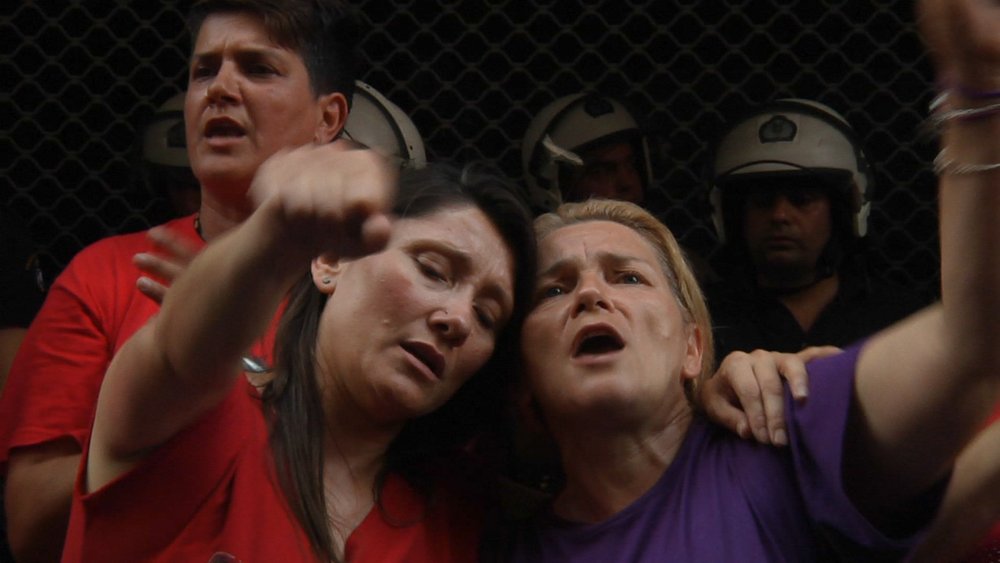 Meanwhile, part two: these are ongoing battles. In June last year, Newcastle-based daily newspaper the Evening Chronicle published an article celebrating Arts Council England’s allocation of £86 million to 46 north-east arts organisations across the next four years. As a footnote to the piece pointed out, AV Festival – already operating on a miniscule £370,482 over the 2015-18 funding period – had lost its funding. Not some of it; all. The event’s future, in stark terms, is now uncertain.

Self-fulfilling prophecies are by now a familiar technique. Not voting for a politician because the mainstream press tells you they’re unelectable, for instance; or privatising an entire healthcare system after the effects of your systematic withdrawal of public investment in it make themselves known; Brexit continues, meanwhile, to mean nothing other than Brexit. This latest iteration of AV Festival feels like the victim of similar tautological thinking: offering a visibly thinner programme than usual, with a discernible reduction in staff and scant trace of a marketing budget, its proposition of socialism as a popular point of interest in specific relation to the arts remains untested. While AV Festival, under the leadership of Rebecca Shatwell, has frequently been positioned as left-leaning in focus – previous editions have been themed around slowness and extraction, in response to the increasing demands of modernity and to labour and exploitation respectively – it’s hard to read the explicit thematic turn for the 2016-18 editions as anything other than in dialogue with its suddenly besieged status.

Setting aside its place in my own heart – the 2012 edition gave this then-24-year-old (and others, from the region and beyond) his first taste of James Benning, Sharon Lockhart, Lisandro Alonso, Albert Serra, Lav Diaz, Pedro Costa, Ben Rivers, Ben Russell and many more names that are otherwise never screened to audiences this far north of London, and on screening formats rarely seen in the north-east – AV Festival has in many respects been a radical fixture in the region’s cinephilic-cultural calendar. Its disappearance would be another damning expression of the nation’s moribund film scene. What now?