Film of the week: By the Time It Gets Dark refracts memories of a massacre

Anocha Suwichakornpong’s formally experimental, provocative film frames and re-frames stories related to an infamous Thai student massacre in 1976, with each of its narrative threads occupying its own questionable reality. 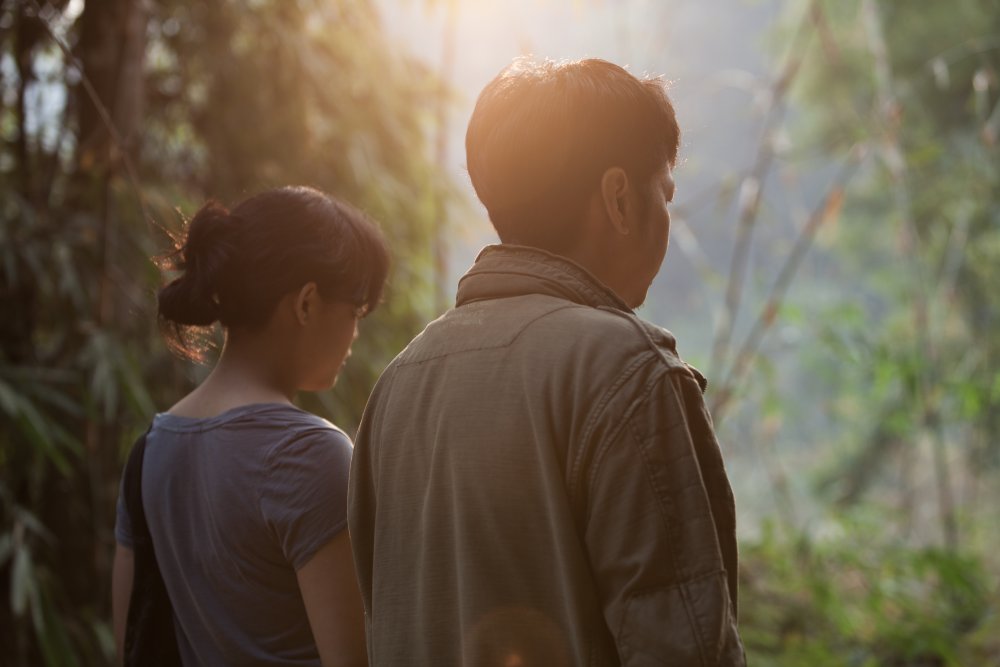 Into the woods: Anocha Suwichakornpong’s elaborate psychological hall of mirrors By the Time It Gets Dark

From its opening shot, Anocha Suwichakornpong’s By the Time It Gets Dark is preoccupied with frames of perception. A woman walks to a window and casts open the shutters, allowing bright sunlight to stream into a dilapidated building and revealing trees blowing in the wind outside. Before a single edit, the image has drifted to the left and framed another young woman through a doorway, a camera raised to her eye. There is a recurrence of such compositional arrangements throughout the film – characters seen and seeing via windows, doorways, mirrors, lenses – providing a visual primer for a refracted examination of memory, history and the impossible artistic challenge of truthfully representing either.

A prism acts as the glass medium through which white light is obliquely distorted and subsequently revealed as a glorious, confounding rainbow. Suwichakornpong’s eye attempts a similarly ambitious feat in this film, filtering the Thammasat University massacre through the glass medium of her camera into something brilliant and almost equally unlikely.

Direct treatment of the massacre, in which hundreds of student protesters were killed or injured by the Thai military in 1976, is confined to the film’s prologue, and even then it is a construct. Students lie prostrate on the ground while armed soldiers pace threateningly above them.

As the frame widens, the illusion dissipates. An overzealous director appears and epitomises the inherent dangers of dramatically depicting such harrowing events. She instructs the troupe of actor-soldiers through a megaphone: “Be more brutal! Kick them if you want.” Bold and troublingly beautiful monochrome images punctuate the scene, taken by a photographer stepping among the bodies to record the scene. 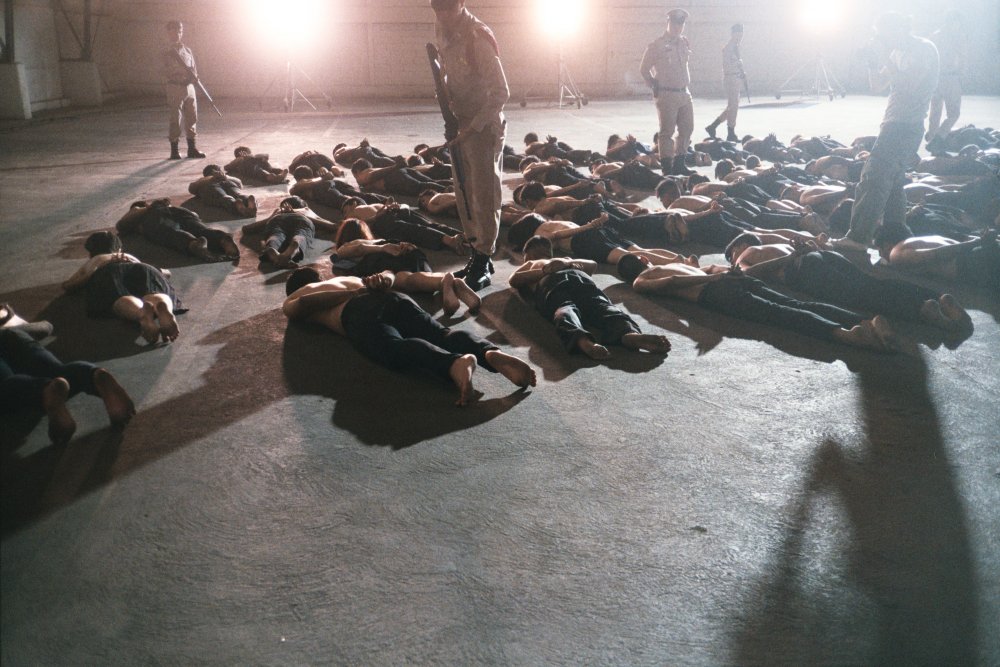 The reveal that this is in fact a photoshoot 40 years after the event creates a fascinating tension that permeates the shifting realities of the rest of the film. When the prologue concludes with a young couple, it might naturally be assumed to be a traditional flashback to the actual students in 1976. A later return to these characters comes during an interview between a present-day film director, Ann (Visra Vichit-Vadakan), and the now middle-aged 1976 protester Taew (Rassami Paoluengtong). It’s enigmatically left to the audience to decipher whether the flashback is intended to represent real events, Taew’s recollection of them, Ann’s cinematic attempt to depict Taew’s described experience or none of the above.

Suwichakornpong confidently defies conventional forms and linearity, embracing the cryptic nature of her various intersecting narrative threads. She collapses the past into the present as a way to probe the haunted recesses of both national and personal memory. “You’re living history,” Ann proclaims to Taew at one stage, lamenting her own mundane and unworthy life. Taew bristles at this, retorting that she is “just a survivor”, but her almost total excision from the action shortly afterwards raises beguiling questions about the physical reality of what the audience is seeing.

Just minutes after this exchange, Ann encounters what appears to be her younger self in the forest, another vision of living history that further pulls at the fraying edge of the film’s objective reality. The scene feels immediately reminiscent of Suwichakornpong’s renowned compatriot Apichatpong Weerasethakul, calling to mind the temporal fluidity and the porous boundary between the natural and supernatural that permeate his work. The young Ann suddenly morphs into a perfect doppelganger of the women observing her. 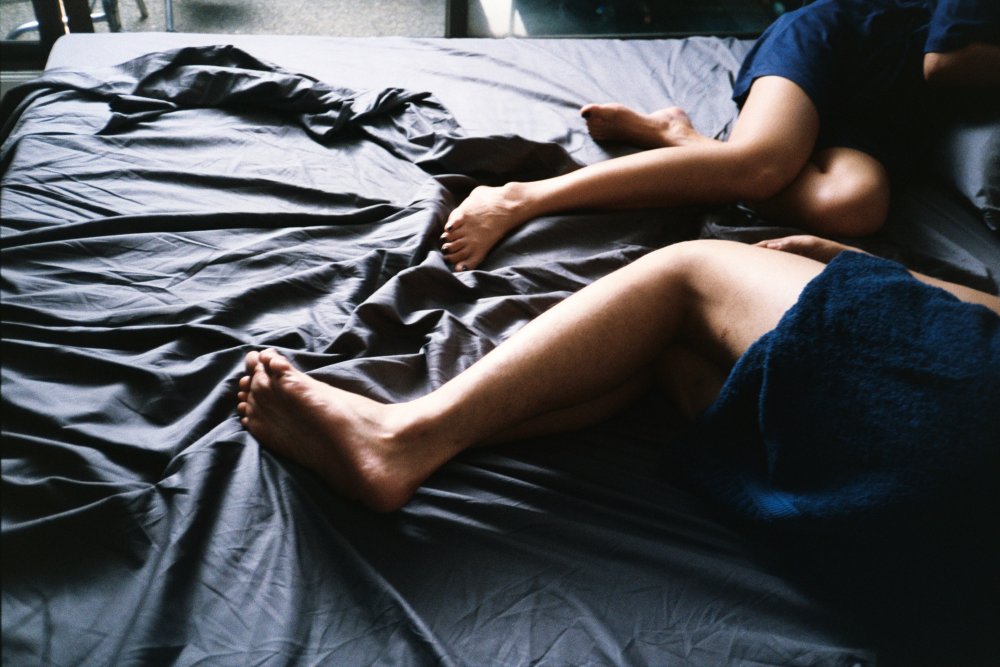 This uncanny motif of doubling reappears several times throughout the rest of the film, in reflections, repetitions and physical similarities, often emphasising the unattainability of self-understanding. In one exchange, Taew ominously recalls that she could no longer “live in a society that allowed this to happen”. This statement broadens the allegorical ramifications of the struggle from individual self-acceptance to the wider political sphere. A darker inference from the same line further undermines the corporeal veracity of previously seen events, casting them in a decidedly ghostly hue.

Where the film was already formally challenging and thought-provoking, Ann’s initial moment of weird self-observation serves as a cue to shift the perspectives in new directions – possibly as a result of the effects of the hallucinogenic mushrooms that are stumbled upon in the woods. Fungus becomes a recurrent visual motif, most strikingly in a clip from Georges Méliès’s A Trip to the Moon (1902), which sees the astronautical explorers encounter extraterrestrial, and undeniably magical, mushrooms. It is tempting to imagine Suwichakornpong’s various concealed themes as fungi, slowly growing in the fertile environs of enrapt audience members’ minds.

In a far more overt sense, they signify a rapidly expanding consciousness. The direct edit from Ann’s forest encounter is to car headlights on a dark highway, a visual gesture to the surreal work of David Lynch. There’s nothing quite that stylistically nightmarish to come, but the parallels are evident: layers of imagination, recollection and dreamscape to be subsequently woven together. It’s a psychological labyrinth that comfortably puts the likes of Christopher Nolan’s Inception (2010) in the shade – and Suwichakornpong has little interest in a ‘kick’ to bring us back to cognisance. 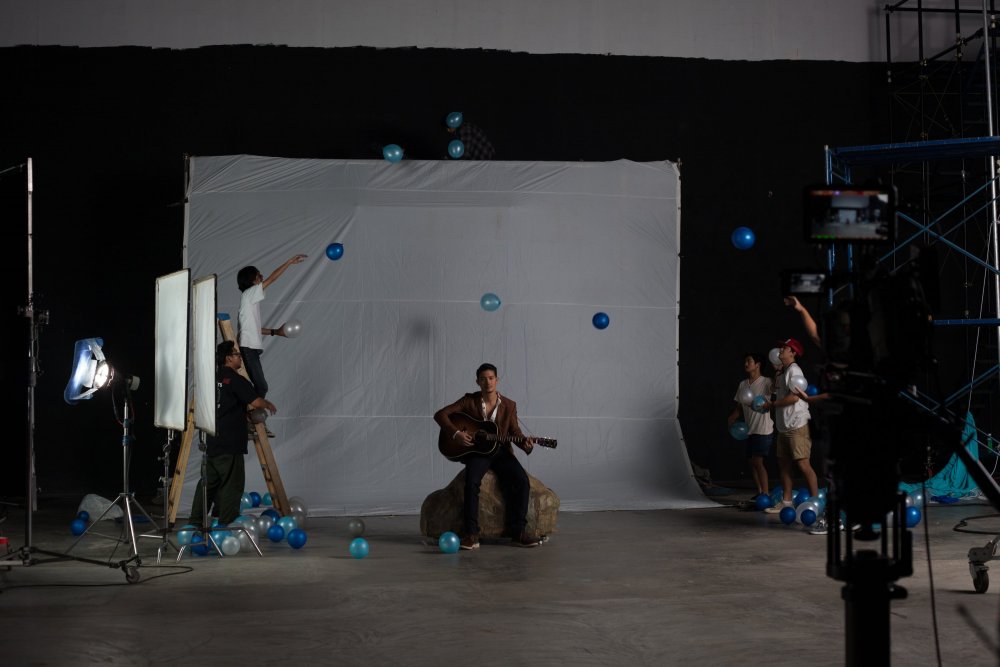 This hall of mirrors serves a deft dual function. First, it hypnotises, sensorially obfuscating the now almost forgotten original subject: the massacre. This not only broadens the scope of that original beam of light, but also strengthens the director’s hypothesis that art is a tricksy, problematic means by which to address such an unimaginable topic. Secondly, the free-associative flow creates lyrical, affecting connections that delve into the cyclical nature of history and unexpectedly amplify the contemporary relevance of the buried past.

At one point, the aforementioned free association seems to take a left turn into straight documentary, absorbed in the process of harvesting and drying leaves on a tobacco farm. However, this is once again a construct, with one of the workers soon revealed to be Peter, an actor played by heartthrob Arak Amornsupasiri. He’s a pampered star who appears to be attached in some way to Ann’s film adaptation, though we see him drifting through a privileged urban existence, shooting a whimsical music video and hanging out with attractive young friends.

Perhaps inevitably, doubt is cast on some of those interactions when there is an abrupt cut to an editing suite, where diligent colour-correction prompts the realisation that the previous scene was once again a fiction within the fiction. In Peter’s narrative, Suwichakornpong sets up her most elaborate internal machinations while also showing the deeper truth in art during a poignant farewell that showcases cinema’s knack for resurrection. 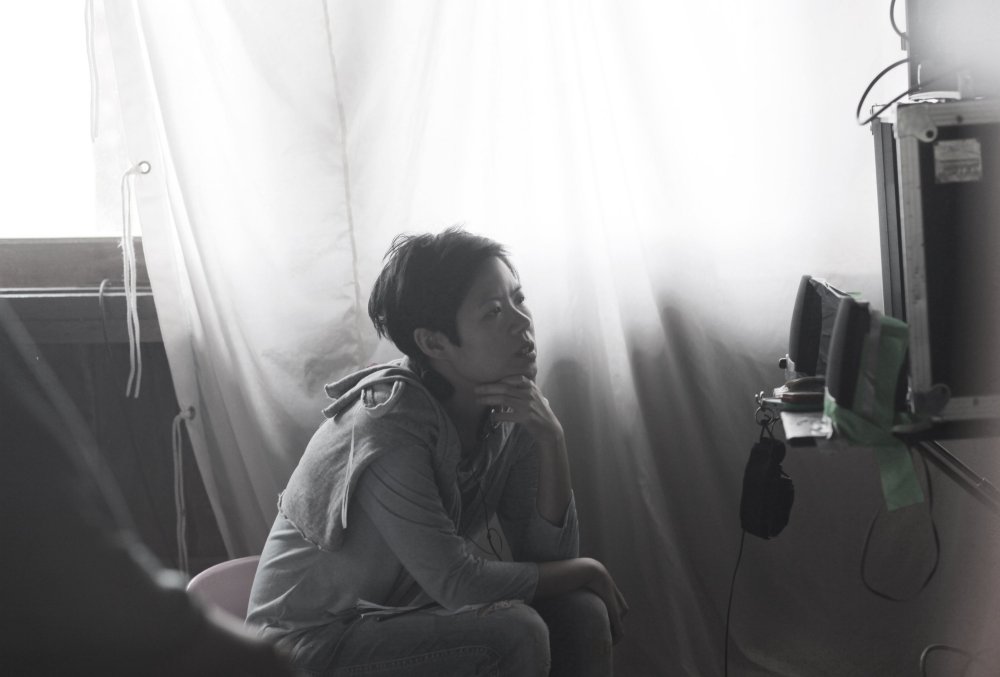 Socioeconomically, Peter exists in almost direct contrast to Nong (Atchara Suwan). She first appears serving coffee to Ann and Taew, but as the narratives rupture, she pops up in various places, like a totem. After her initial introduction she is later seen waiting tables and at one point cleaning a bathroom.

Although shaven-headed contentment in a Buddhist monastery apparently awaits her, Nong seems to act as something of a catalyst. This is signalled by her attendance at a rave, which prompts the glitchy visual breakdown that marks the film’s esoteric denouement. It’s as though Suwichakornpong’s rabbit hole has reached its maximum depth and the film electronically implodes into an inverted, fluorescent landscape that, in a final nod to cinema’s artifice, is slowly colour-corrected.

In her newly prominent position, Nong’s prior interactions take on additional meaning. The cavernous social divide of present-day Thailand becomes painfully, if peripherally, evident and brings to mind Taew’s passionate invocation of civic responsibility. “When we saw something unjust, we protested,” she chides Ann, “unlike nowadays.”

Related to Film of the week: By the Time It Gets Dark refracts memories of a massacre