Claire’s Camera and The Day After review: two poles of the Hong Sangsoo affair

The prolific South Korean has two films at 2017’s Cannes Film Festival. Both tackle marital infidelity and its consequences, but one is black-and-white and sombre, the other more flighty – with an enigmatic turn from Isabelle Huppert. 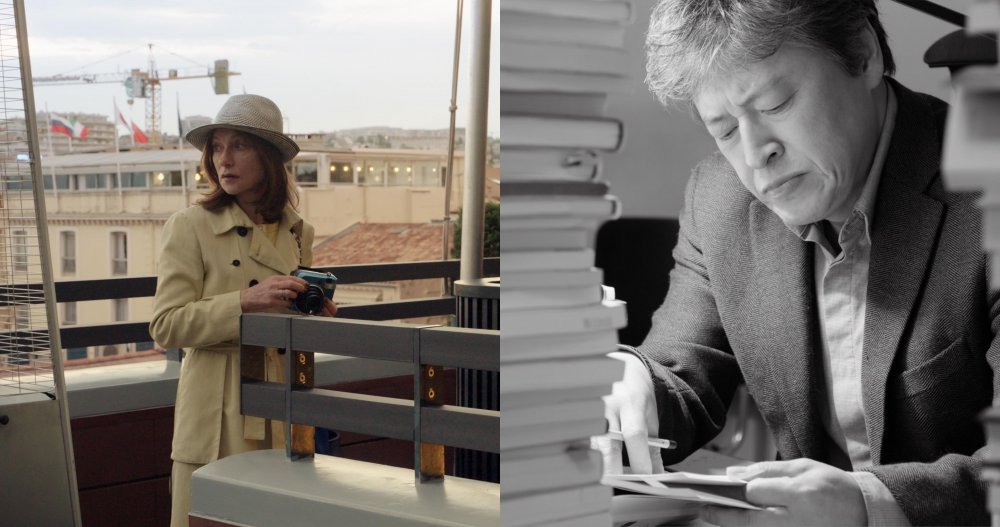 Isabelle Huppert in Claire’s Camera (left); Kwon Hae-hyo in The Day After (right)

Few filmmakers have as distinct and instantly recognisable a signature as Hong Sangsoo. His films keep reworking and expanding on similar concerns, dovetailing with one another to form one of the most organic oeuvres in cinema. This consistency has given rise to the frequent criticism that he makes the same film over and over. The two Hong titles in this year’s Cannes programme, Claire’s Camera and The Day After – his 20th and 21st features (and the second and third in 2017 already) – are ideal for refuting this claim, as they exemplify the South Korean director’s range, demonstrating his ability to craft vastly different works from virtually the same essential elements.

Claire’s Camera, screened out of competition, belongs on the whimsical extreme of the Hong spectrum. Shot quickly during last year’s Cannes Film Festival, it’s about a sales agent, Manhee (Kim Min-hee), who is fired by her boss mid-festival because she slept with So (Jung Jinyoung), the film director she’s representing. The reason for the firing is initially unclear; Manhee is simply told she’s goodhearted but dishonest without further elaboration. It quickly transpires that her boss is secretly in a relationship with So, setting up the film’s central themes: fidelity and jealousy, the importance of honesty towards oneself as well as others, and the contrast between female resilience and the fragility of the male ego.

These themes also underpin the weightier The Day After, which is competing for the Palme d’Or. Here the protagonist is Bongwan (Kwon Hae-hyo), the owner of a small publishing company. He too recently had an affair, with his employee Changsook (Kim Sae-byuk), and the film explores Bongwan’s inner conflict as he’s torn between staying with his wife and resuming his relationship with Changsook. Although his behaviour is as pathetic and cowardly as So’s, Hong affords him a more nuanced characterisation (ironically, of the two films, it’s The Day After that’s shot in black and white). 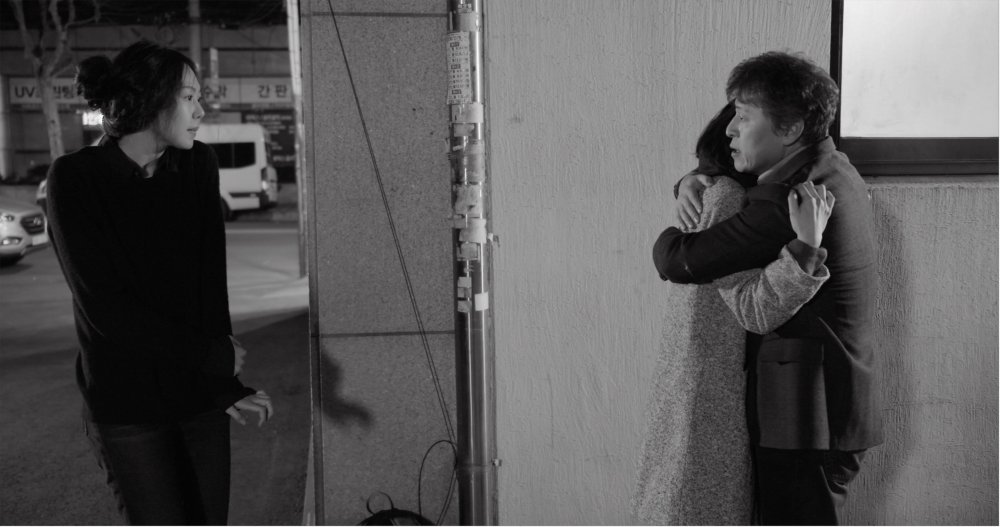 Whereas in Claire’s Camera the affair is left unexplored and So is simply presented as a callous chauvinist, the wonderful opening stretch of The Day After makes inventive use of montage to provide exposition. On his way to work, Bongwan dejectedly reminisces about the affair and every cut projects the film back and forth in time, each flashback triggered, madeleine-like, by an object or location that carries memories of his time with Changsook. More than merely an efficient means of sketching out the backstory, this parallel structure forcefully conveys Bongwan’s state of mind through a poignant illustration of the imprint romantic relationships leave on the minutiae of our everyday, haunting our present in their wake.

The direction in Claire’s Camera is less elaborate, reflecting the on-the-fly conditions of its production. The film’s pleasures lie more in the improvisational feel of the dialogues and the charming chemistry between the characters, particularly Manhee and Claire (Isabelle Huppert), an enigmatic figure who may or may not be fully real. A visitor to the festival, Claire runs into all the characters and snaps each with her instant camera, gifting them their picture and prompting their introspection. Dressed in an eye-catching trench coat and fedora combo, she’s like a quirky detective counterpart to the Stranger from Pasolini’s Teorema. 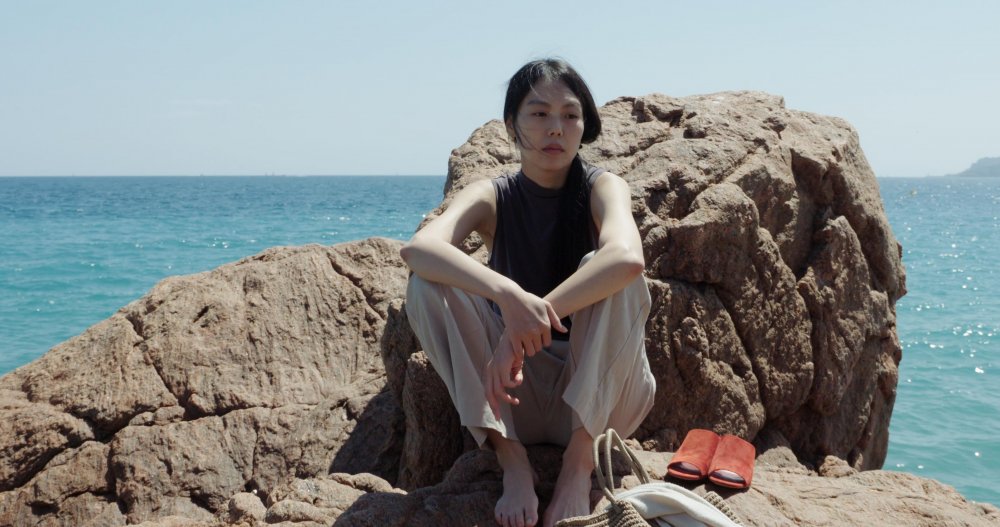 Such comical and subtly surrealist touches, usually a hallmark of Hong’s cinema, are absent from The Day After, though the film does also feature an outsider who impels Bongwan’s self-reflection: his new employee Aerum (Kim Min-hee again). Claire’s Camera’s philosophical framework is gradually constructed from the characters’ small talk; in The Day After, it’s laid out early in the film during a lengthy conversation between Bongwan and Aerum as they get to know each other on her first day of work. The scene is captured in an unassumingly intricate plan-séquence, with the characters framed in profile while sitting across a table from one another. As their discussion of phenomenology veers into a deliberation on personal ethics, Hong keeps the camera on a tripod and uses zooms to shift from a two shot to individual close-ups and back again, either observing both speakers at once or panning between them, all the while adjusting the framing and depth of field to generate a dynamic of fluctuating intensity that underlines the contrast between their respective convictions.

Funny and light-hearted versus pensive and mournful, Claire’s Camera and The Day After represent the comic and tragic poles of Hong’s cinema. While both films function perfectly well as independent works, they are greatly enriched when considered together. This complementary quality extends to the director’s oeuvre as a whole, which only grows more rewarding with each new chapter – in this regard, his prodigious productivity is a veritable blessing.

Related to Claire’s Camera and The Day After review: two poles of the Hong Sangsoo affair