As many of this year’s films so neatly evoked the nostalgic pleasures of past genre trends, one distinctively feminist and thought-provoking body horror stood out all the more. 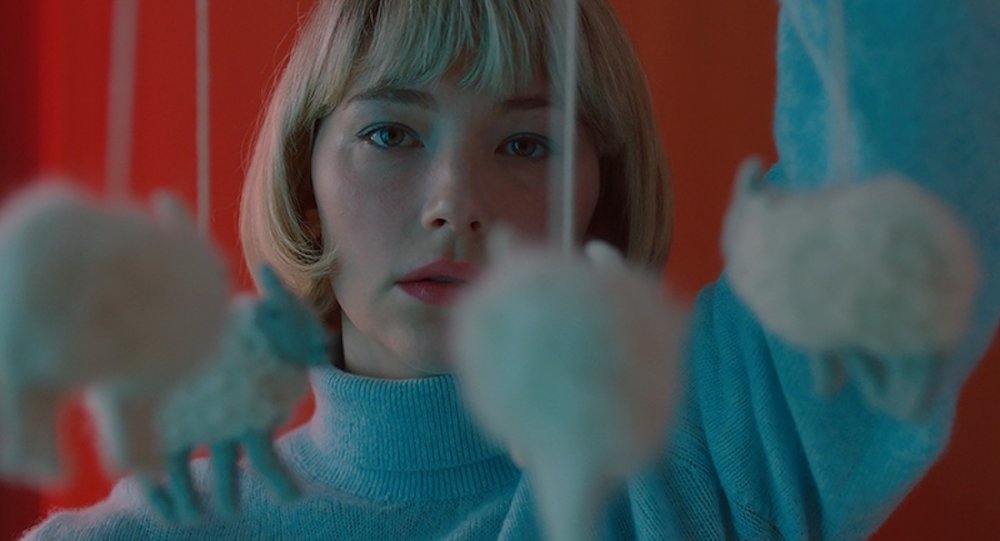 Carlo Mirabella-Davis ’s Swallow: ‘more provocative and controversial than anything to be found in your average genre flick’

Dedicating a day to the rarefied joys of genre, this annual FrightFest event was unified to a degree by twinned preoccupations with nostalgia and Halloween itself. Though contemporary, both Uncanny Annie and the anthology Scare Package evoked a bygone, pre-Internet age through their focus, respectively, on board games and straight-to-VHS movies, while Candy Corn and We Summon the Darkness were both expressly set in the 1980s. Meanwhile, all of Candy Corn, Uncanny Annie and Trick, and parts of Scare Package, took place, appropriately, over the Halloween period.

This leaves only Swallow as the odd one out, bearing no comparison to anything else in the line-up, and arguably not even a horror film – but it was, for me, easily the standout of the day in other ways too…

The event opened with this supernatural revenger from writer-director-editor-producer-composer Josh Hasty. In Grove Hill, a group of local bullies take their traditional ‘Halloween hazing’ of ‘big ogre’ Jacob Atkins (Nate Chaney) too far, beating him to death behind Dr Death’s Sideshow Spookhouse. The carny Lester (a show-stealing Pancho Moler) uses voodoo to resurrect Jacob as a zombie-like avenger, even as the local Sheriff (Courtney Gains) tries to work out who is behind the brutal spate of small-town killings. John Carpenter’s Halloween (1978) is referenced through the casting of P.J. Soles as the police station’s receptionist, while Lester’s troupe of outsiders is expressly compared to Tod Browning’s Freaks (1932).

With practical effects to match the early 80s setting, Candy Corn is straightforward in its supernatural slasher routines, and perfunctory in its dialogue (other than Lester’s). The film’s complexity emerges less from the gory slayings than from a more moral brand of confrontation. We might naturally side with any victim of bullying, and horror fans in particular like to identify with underdogs and outcasts – but here even the pre-zombie Jacob turns out to have been something of a matricidal Psycho and, as a zombie, punishes the good along with the bad. Meanwhile Lester’s manipulative interventions earn disapproval even from his own ‘freak’ employees (including Candyman’s Tony Todd). So as the bodies drop, the audience’s sympathies are tested. 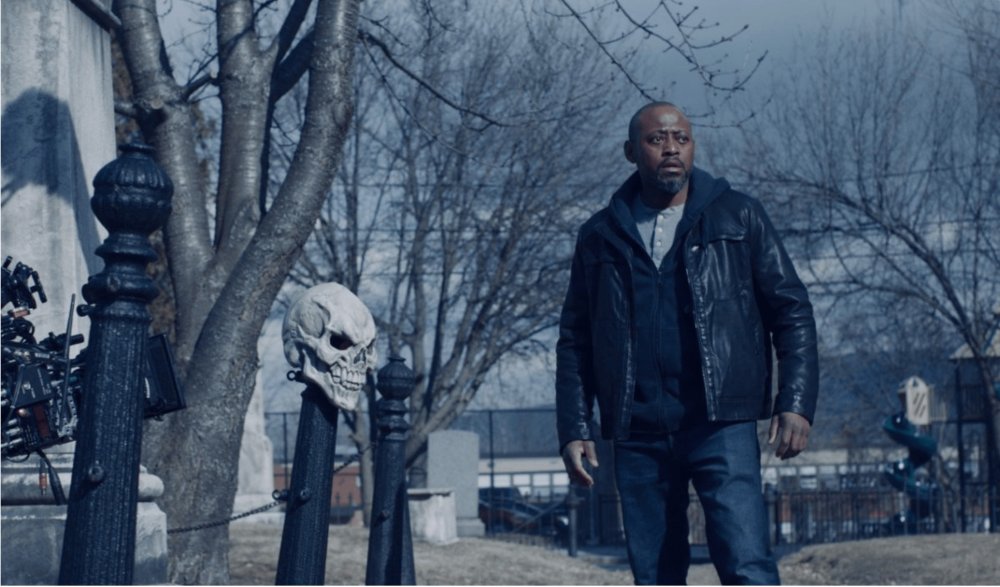 Like Candy Corn, Trick features stunt casting from the Halloween franchise (Tom Atkins, Halloween III: Season of the Witch, 1982), and also like Candy Corn, it quotes the ‘one of us’ line from Freaks – but this seasonal slasher tracks a murder spree that began on Halloween in Benton, New York, 2015. Detective Mike Denver (Omar Epps), Sheriff Lisa Jayne (Ellen Adair) and student Cheryl Winston (Kristina Reyes), who all helped stop the masked school senior Patrick Weaver (Thom Niemann) from adding yet more numbers to his body count that night and left him for dead, have struggled to understand how someone with exactly the same MO has been able to strike in the vicinity every subsequent Halloween, building a cult following online. Now in 2019, literally this Halloween, Trick is back in Benton, and Jayne and Denver wonder if they are up against a mere man, or some ‘supernatural evil’.

This thriller from director Patrick Lussier (My Bloody Valentine 3D, Drive Angry) takes a twisty trip through stab-happy slasher tropes via police procedural, and features a killer who, in keeping with his nickname, is a supreme trickster. In a metacinematic turn, all these masked murders are performative, designed to spread not only fear, but to spark – in any viewers susceptible to such things – a cult-like terrorist movement. It is enough to leave us, much like the characters in the film who attend the all-night horrorthon, worrying about just who might be sitting around us in the theatre – because, as Jayne puts it, “any one of your costumed moviegoers could be your killer”. 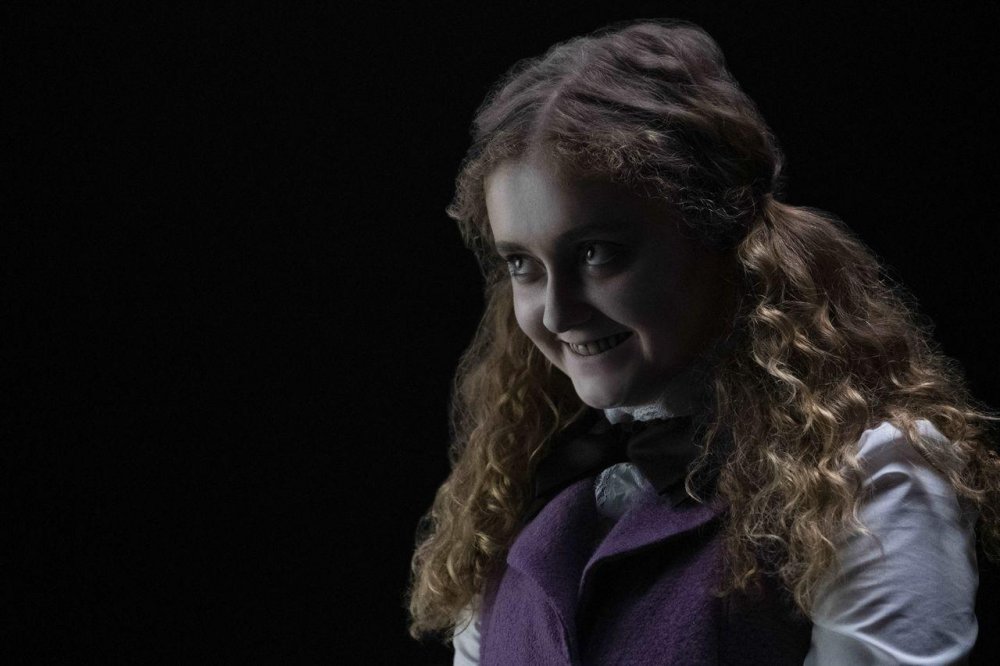 One year after their friend Tony died on Halloween night, five friends and outsider Grace (Paige McGhee) gather to honour him with his favourite activity – board games – only to choose one named Uncanny Annie, which quickly traps them in its supernatural world and sets them challenges where the stakes are life or death. “Maybe if we beat it,” says Craig (Jacques Colimon), “everything goes back to normal like in Jumanji” – but this is more like the infernal game-playing of Beyond the Gates (2016), Game of Death (2017) or Ready or Not (2019), where any player error may result in elimination of a permanent kind.

It is also exactly a year since Blumhouse/Hulu’s monthly film series Into the Dark was launched with Paul Davis’s entry The Body, and Uncanny Annie sees Davis return to both the series and the Halloween season. This time, though, he shifts his dark humour from adult sociopathic killers to gormless, guilt-ridden co-eds. Creepy, juddery dungeon mistress Annie (Karlisha Hurley) mostly plays a mind game, stinging the consciences of some participants over the circumstances of Tony’s death – and there are suggestions that these characters are stuck in a psychological hell of their own making. In the end, though, Annie goes after the innocent too, with equally manic mean-spiritedness. Perhaps it is all a metaphor for the zero-sum game which millennials find themselves forced to play in a system rigged against them.

We Summon the Darkness 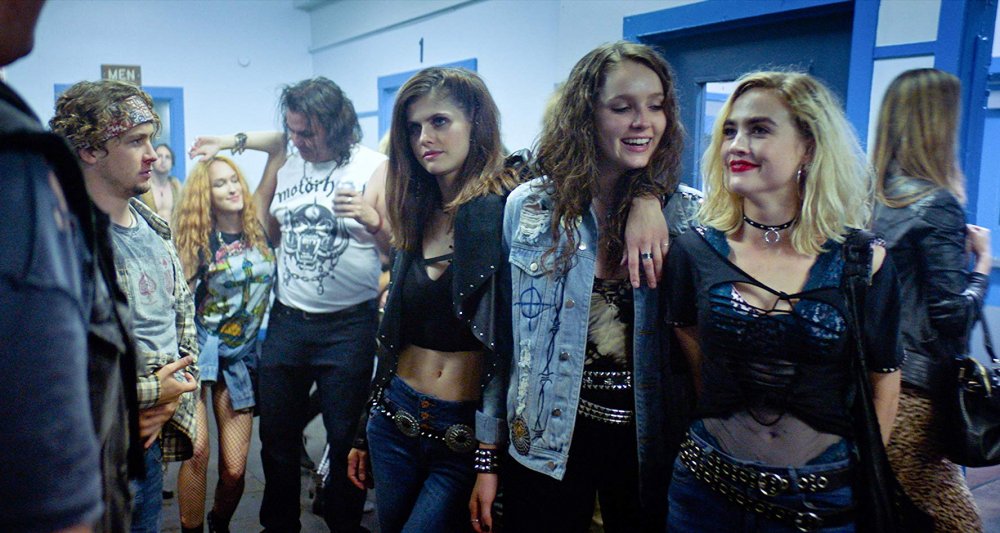 Set in the American Midwest of the late 1980s – when ‘satanic panic’ was at its peak – this latest from director Marc Meyers (My Friend Dahmer) unfolds amid fire-and-brimstone preachers on the airwaves and news of multiple ritual killings. “You girls be careful now,” a gas station attendant advises his three customers. “There’s a lot of evil out there, and you seem like nice girls.” Ignoring this classic Old Man’s Warning™, the young women (Alexandra Daddario, Maddie Hasson, Amy Forsyth) head out to a gig by Soldiers of Satan, and hook up with three metal-loving male strangers (Keean Johnson, Logan Miller, Austin Swift) whom they trustingly invite back home for an after-party.

Starting off like a feature-length expansion of Lauren Vail’s short What Metal Girls Are Into, We Summon the Darkness steadily upends conventional prejudices (and cinematic clichés) concerning gender, class and religion – even if, after a relatively early reveal of the Big Twist, there is nowhere really left to go beyond standard cat-and-mouse manoeuvres and chaotic farce. 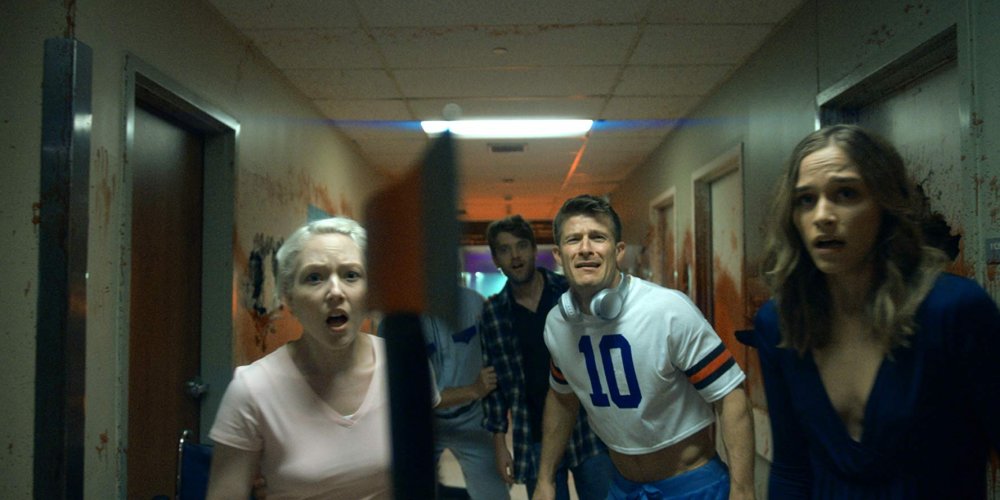 “I just don’t know about all the meta stuff. I mean a movie, talking about a movie, within a movie. It’s just confusing.” These words from videostore owner and genre fanatic Chad (Jeremy King) are not just a comment on the reality-bending script that horror extra Mike Myers (Jon Michael Simpson) has just shown him of – and in – Emily Hagins’ hilarious Halloween-deconstructing horror short Cold Open which, er, cold opens this multi-director anthology. For Chad is also critiquing the convoluted structure of a collection whose different entries relate to each other in irrational ways.

Several – like Chris McInroy’s absurd monster mash-up One Time in the Woods, Noah Segan’s meninist-mincing M.I.S.T.E.R., Baron Vaughn’s unspoilable possession pic So Much to Do, Courtney & Hillary Andujar’s feminist riff on Halloween III Girls’ Night Out of Body and Anthony Cousins’ slasher-skewering The Night He Came Back Again! Part IV: The Final Kill – all purport to be VHS titles in (Aaron B. Koontz’s) Rad Chad’s Horror Emporium, while Koontz’s Horror Hypothesis shifts the action to a research facility where a vengeful maniac is subjected to scientific experiments before breaking out to kill again. Mike will return at the end (in a different way from his never-dying namesake from the Halloween movies) to wrap everything up neatly, if paradoxically.

All of these stories turn the clichéd tropes of genre on their head, in a reflexive riot that pushes the self-referential postmodernism of 1990s horror so far through the fourth wall that Wes Craven’s metacinematic Scream (1996) is now itself an explicit reference point and target as much as John Carpenter’s Halloween (1978). Whip-smart, inventive and endlessly funny, this event-closer was my second favourite film of the day.

My favourite was Swallow, which begins with associated images of sacrifice, consumption and patriarchy, as we see a lamb being slaughtered to provide the food for a refined dinner in which Michael Conrad (David Rasche) celebrates his son Richie (Austin Stowell) becoming the family company’s “youngest managing director”. Richie makes a speech in which he attributes his success to his “beautiful bride” Hunter (the superb Haley Bennett).

Indeed, on the surface, Hunter seems “so lucky”, elevated by marriage from a proletarian background into a life of affluence in an immaculate modernist home gifted them by Michael. Yet as she falls pregnant, she will also start seeing her luxurious environs as a gilded cage, and herself as little more than a trophy housewife and a breeder of future Conrads. Forced to swallow these unwelcome circumstances, she will also start ingesting various household objects – a playing marble, a thumbtack, a battery, a screwdriver, etc – of her own choosing, in a simultaneous act of compulsion and resistance.

“I wanted to do it, so I did it,” says Hunter of her peculiar, self-harming diet. “I’ve never even heard of this pica thing.” While Swallow examines her strange appetite as a pathology, relating it to a troubling backstory and exposing it to the intervention of surgeons, a psychiatrist, a live-in nurse and even a mental institution, writer-director Carlo Mirabella-Davis also depicts Hunter as a young woman gradually regaining her sense of autonomy and control over her own body and destiny in circumstances where both she and her choices are repeatedly ignored.

Swallow is a film of bathrooms: it’s the private space where Hunter heaves with morning sickness for a baby that her new family wants more than she does; it’s where Hunter evacuates, recovers, even stashes, the objects that she ingests; it’s where Hunter makes and executes a crucial decision; and it’s where the film’s final image dwells, capturing a succession of women momentarily readjusting themselves before venturing back out into the unequal, often hostile world beyond. Yet the slick surfaces of all those polished tiles conceal the taboos of biological functions and women’s ‘issues’. The film, too, like its heroine, masks disorder and tension beneath a well-scrubbed veneer of perfection.

If Swallow is horror at all, then it preoccupies itself, like Todd Haynes’ [Safe] (1995) and Marina de Van’s In My Skin (2002), with a kind of feminist body horror. But it heads, with logic and conviction, to an endpoint that is, in its way, more provocative and controversial than anything to be found in your average genre flick, and which forms an unusual echoic response to the motifs in the film’s opening.