Anton Bitel clung on til dawn again, but the one great find (a world premiere, no less) came early… 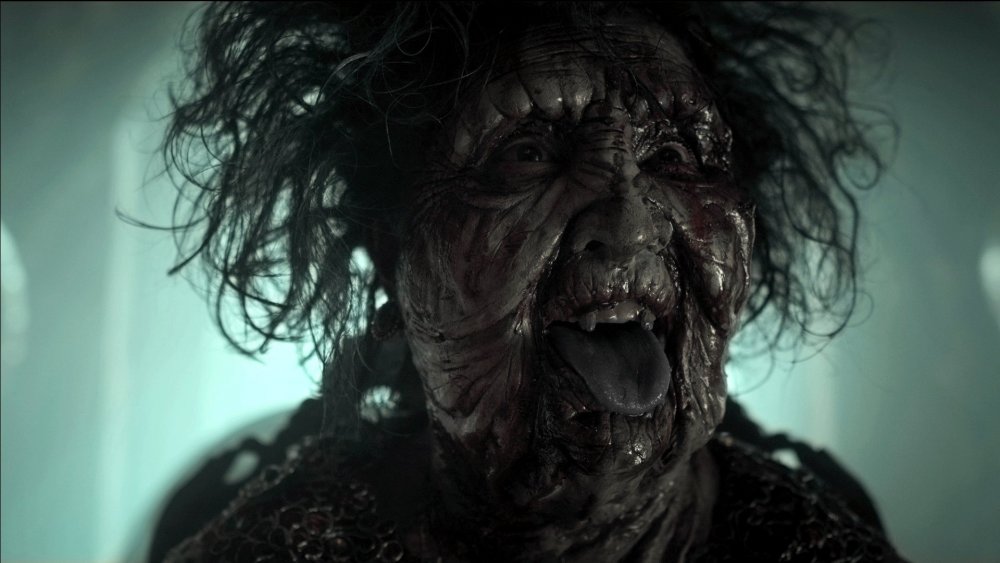 Much as Hallowe’en itself was originally a festival to celebrate the end of harvest, the FrightFest Hallowe’en All-Nighter nowadays marks the end of a bumper crop of horror produce, from the record-breaking 64 features at FrightFest’s main August event, via the BFI London Film Festival’s relatively new Cult strand, to the genre showcases at Manchester’s Grimm Up North and Sheffield’s Celluloid Screams.

So while horror hounds have been well supplied by festivals, the films stored up to feed this demand are starting to show signs of rot. Not one of the five films at this event was exactly terrible – an advance on some previous FrightFest all-nighters where bilge has been plentiful – but maybe only one was genuinely excellent. What of course these all-nighters do offer is the opportunity to see new horror for the first (and possibly last) time on the big screen, and to enjoy both the cream and the crap in company. And while staying up all night does turn the event into a kind of communal ordeal, it also lowers critical resistance and can induce a magical, dreamlike response in those viewers who aren’t sent to sleep. 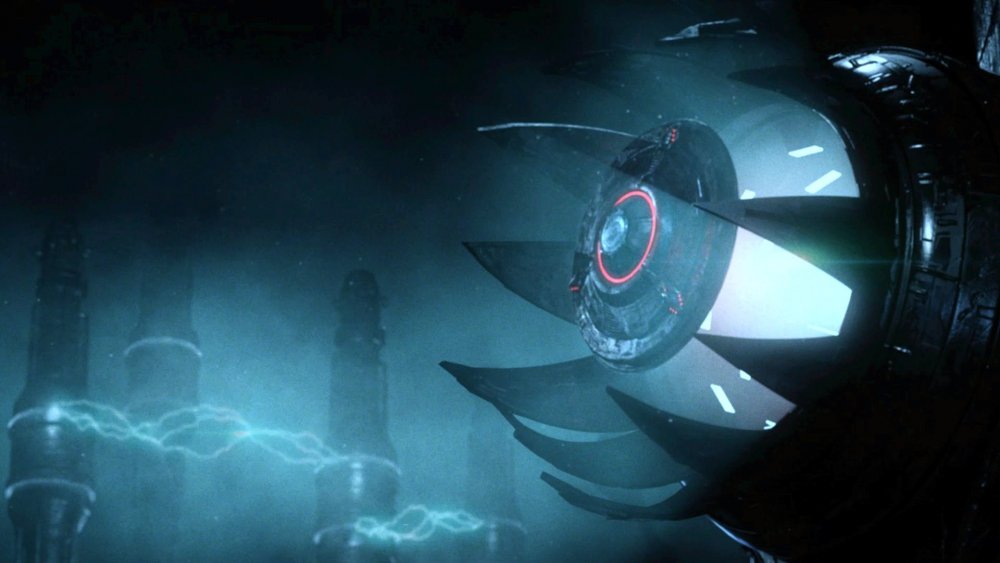 First up was Extraterrestrial, which opens with an outer-space constellation resolving itself into an abstract image of a prophylactic on a poster ad that reads: “Shoot for the Stars – Galaxy Condoms”. Indeed the feature, from “Vicious Brothers” Colin Minihan and Stuart Ortiz (who also made Grave Encounters), is a knowing mashup in which alien invasions and the inevitable anal probe form a potential barrier to a halting love story. High school sweethearts April (Brittany Allen) and Kyle (Freddie Stroma) must work through how committed they are to each other before they are taken by someone – or something – else, in a well-travelled genre landscape that includes a group of coeds, a cabin in the woods, a cannabis-growing, conspiracy-spouting Vietnam vet (played by genre favourite Michael Ironside), sinister government agents and of course big grey ETs and 50s-style (though computer-generated) flying saucers.

The films that this most resembles are by other ‘brothers’, the Spierigs’ Undead (2002) and the Strauses’ Skyline (2010), with which Extraterrestrial forms a fraternity of self-consciously trashy, trope-happy inanity that is relentlessly entertaining and rather forgettable – as though the viewer too has been subjected to an alien mind-wipe.

With its new spin on old-school motifs, Extraterrestrial set (low) the tone of an evening that kept revisiting past haunts. Not only did the event take place at the Prince Charles Cinema, FrightFest’s original home, not only did the clocks literally go back with the end of British Summer Time to add an hour to sleepless horror consumption, but the mini-fest also featured films all in one way or another backward-looking.

Screening last, ushering in the dawn, was The Editor, from the Canadian film collective Astron-6 (Father’s Day, Manborg), which plays like a low-brow comic companion piece to Berberian Sound Studio. Set in an Italian studio plagued by murders that echo its schlocky thriller in production, and featuring a cavalcade of gratuitous nudity, plodding police procedural, insanely twisty plotting, invented medical conditions, moustaches, spiders, ghosts and a mind-blowingly senseless twist in its tail, The Editor is a knowing pastiche of the giallo genre, so incoherent and ridiculous it could almost pass for the genuine article. Still, if it ultimately erases Adam Brooks’s titular protagonist, it felt at times overstretched and perhaps could have done after all with the touch of “the world’s greatest editor”.

The Editor is a film for fans – which is to say its referential games with many specific Italian titles from the 70s and 80s will be hilarious to giallo cognoscenti while those unfamiliar may well find it incompetently awful (not to mention casually misogynistic). 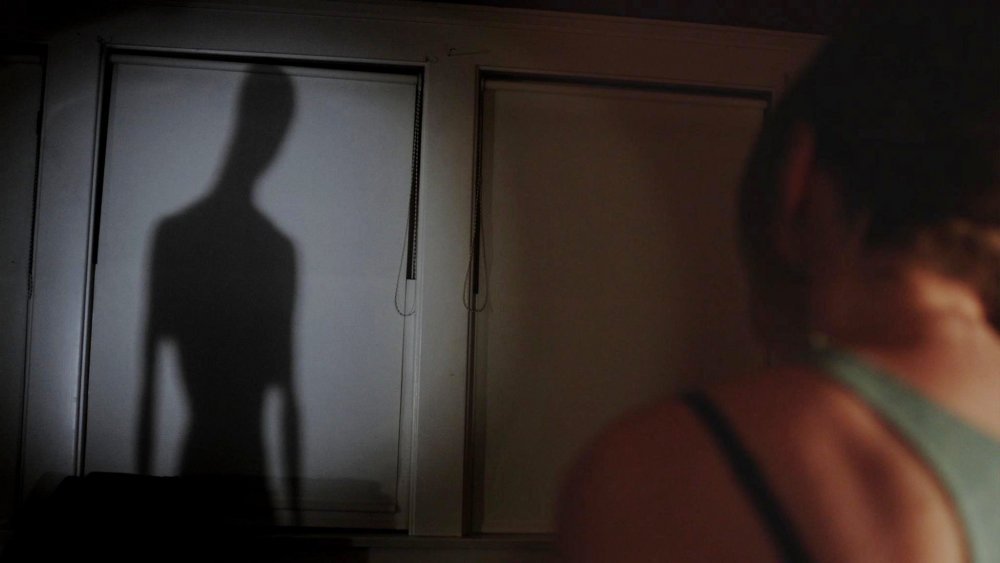 Something similar could be said for Dallas Richard Hallon and Patrick Horvath’s The Pact II – rather like a modern giallo with its twisty whodunnit plotting and irrational elements, but likely to prove incomprehensible, at least through its first third, to anyone who’s not seen Nicholas McCarthy’s original and better The Pact (20121). This time trauma-scene cleaner June Abbott (Camilla Luddington) finds herself at the epicentre of a series of murders that appear to revive the operative methods of the original’s now-dead ‘Judas killer’, and discovers her own connection to all this is closer than she realised.

Riffing on the first film’s then-fresh blurring of serial killer and supernatural themes, The Pact II manages its suspense well, and explores some different psychological crawlspaces – but its penultimate slot of the night ensured many a FrightFester was audibly snoring through its slow burn. The final promise of a ‘family saga’-style third instalment inspires little enthusiasm. 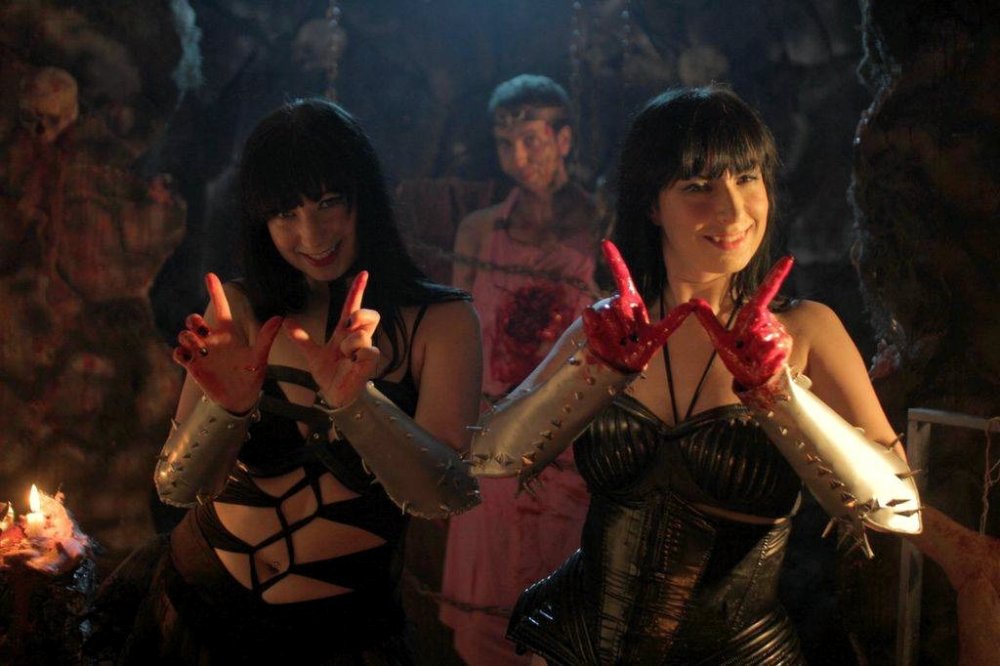 The ABCs of Death 2 also ends with a tongue-in-cheek promise of a second sequel – which no doubt will happen if this one makes enough money. Following exactly the same format as its 2013 predecessor, this is 26 short films focused on death, each triggered by a different letter of the alphabet, from 26 different directors (or director sets, since F, K, T and X have two directors apiece) each given an equal budget, a five-minute maximum running time and otherwise complete artistic freedom.

Once again, this format proves as much a curse as a blessing. Yet the variety that makes the collection so uneven is also its best asset. Reactions inevitably reduce to coded lists: for the record, my favourite chapters were D, G, K, M, R, U, V, W and Z but your results may vary.

The night’s absolute standout was the world premiere of Last Shift, directed and co-written (with Scott Poiley) by Anthony DiBlasi (Dread, Cassadaga, Missionary). 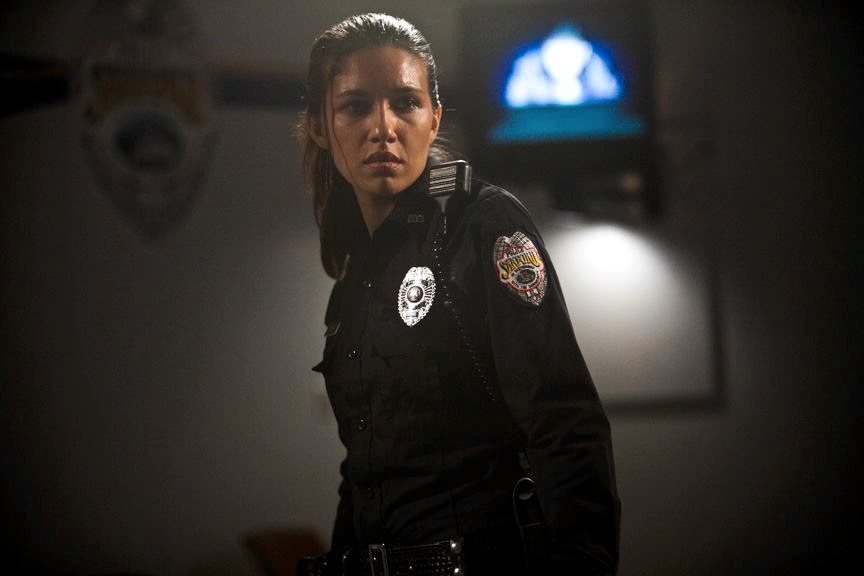 Rookie policewoman Jessica Loren (Juliana Harkavy) is working her first duty night on the graveyard shift at a Sanford, Florida closing station, in the holding cells of which a group of murderous cultists died some years earlier; her own father was killed arresting them during a Satanic massacre. As furniture moves, increasingly nightmarish figures appear in the rooms and corridors and things generally go bump in the night, it dawns on the isolated Jessica, desperate to prove herself as capable a cop as her father, that the station’s history may still be very much alive.

The result is a knowing and assured spin on established genre materials: an Assault on Precinct 13 by ghosts from a traumatic, Manson-esque past. Leaving its noisy spectres to a blurry periphery (or entirely to the paranoid imagination) to focus on its conflicted heroine, typically in close-up, Last Shift masterfully builds its tension towards an unexpected yet satisfying release that deepens and ambiguates everything that has preceded: in terms of both supernatural plotting and realist psychology, this dénouement is no cop out. It may not win awards – horror films never do – but the pure craft of Last Shift brings enough paranoid chill to keep any viewer nervously vigilant all night long.

Related to Too late blues: the FrightFest Hallowe’en All-Nighter 2014