At the eighth edition of this dynamic event in York, creatives at the forefront of film technology, from VFX to animation to VR, inspired audiences with their work and their stories. 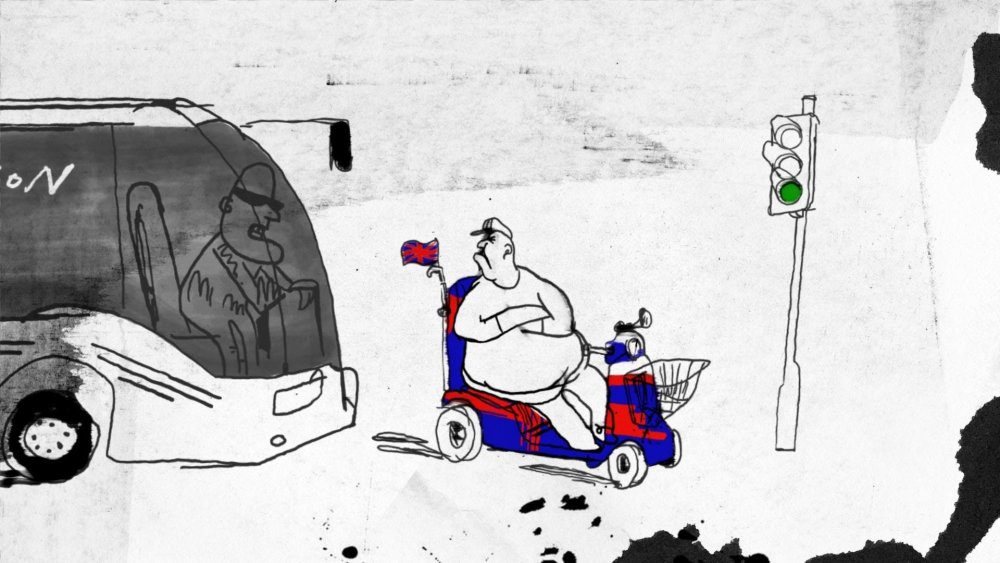 Chris Shepherd screened his new short Brexicuted – and in a talk on ‘finding your voice’, shed light on his creative process

Aesthetica magazine isn’t even really about cinema, yet it has sprouted what may be the most dynamic film festival in the UK. In 2010, the arts glossy launched a short film competition, partly in defiance of cuts to arts funding. Overwhelmed by the response, the editors adjusted the scope of their project, and the Aesthetica Short Film Festival was born.

This year’s edition – its eighth – boasted shorts (both animated and live action), features, VR screenings, pitching sessions and a panoply of specialist panels and masterclasses. Its ambition strained at the hallowed walls of its quaint York campus.

The festival was scattered across 14 venues in the city centre, including a museum, a church and a university lecture hall. Sixth formers and animation students packed the industry events, amplifying the collegiate vibe. For all the breadth of the main programme, it was at these meetings – where creatives in the vanguard of film spoke, and young talent listened – that ASFF distinguished itself.

I’ve yet to tear up in a masterclass, but Chris Shepherd’s brought me close. His output, which melds animation and live action, doesn’t exactly wear its heart on its sleeve, and I didn’t expect his talk on creative inspiration to unfold as it did. He spoke candidly of his father, who abandoned him as a child, only to contact him decades later with a bizarre offer to direct screenplays he’d written.

Listening to Shepherd’s history, I understood just how directly it informs his work, notably The Ringer (2013). But I also came to see how he deploys artistic licence. While the live-action narrative in The Ringer matches Shepherd’s account of his relationship with his dad, the animated sequences seem to enact dark fantasies which he didn’t touch on in his masterclass.

Another life story – this time a company’s – was at the heart of Merlin Crossingham’s presentation. An animation director at Aardman, Crossingham traced the studio’s evolution from an after-school project by teenagers David Sproxton and Peter Lord into an Oscar-swiping titan. This tale has been told elsewhere (not least in a new book by Sproxton and Lord), but Crossingham embellished it with reflections on the limitations of claymation. He was upfront about the usefulness of visual effects, which enhanced the artisanal stop-motion in Aardman’s recent Early Man: “Is it cheating? Not really.”

In blockbusters, of course, VFX isn’t just allowed by the rules – increasingly, it is the game itself. Of the ten highest-grossing films so far this year, nine prominently feature effects (the other is Pixar’s Incredibles 2). The industry is worth £1 billion annually in the UK, which is home to Hollywood’s go-to VFX firm: Framestore. “We’re Marvel’s whipping boys,” quipped lead modeller Chris Cook, before delivering a masterclass on how the company is precisely not that.

He made a case for the creative influence of VFX artists, citing Framestore’s pre-visualisation work on Alfonso Cuarón’s Gravity (2013), during which it planned every basic action and camera move. “We made the film before Cuarón did,” noted Cook. He concluded by declaring that his industry is crying out for creatives who can code, and thus master cutting-edge effects software like the Unreal Engine.

The clammy medieval undercroft of the York Theatre Royal played host to ASFF’s most futuristic tech of all. Donning a wireless Oculus Go headset, I sat on a swivel chair and span my way through four virtual reality shorts. Documentaries all, they dropped me among female Yazidi militants and victims of forced labour. The centrepiece was an Emmy-winning adaptation of Alex Gibney’s cyberwar exposé Zero Days (2016), in which I was conveyed through endless animations of data matrices and Iranian nuclear centrifuges while talking heads set out the context in voiceover.

The language of VR filmmaking is still being invented, but some techniques may already be crystallising into conventions. Hard cuts can be disorienting, even sickening, and these four films mostly used dissolves. Sometimes scenes played simultaneously across different panels, inviting me to alternate between them. As 360-degree cameras indiscriminately capture a whole area, a lot of inactive space ends up on film; I’m curious to see how directors resolve this. During the 45-minute session, I had to lift my headset several times to adjust my glasses.

VR installations have become de rigueur at progressive short film festivals, but they remain a sideshow. ASFF pushed the medium hard, arranging daily discussions in which experts enthused about its narrative potential; one predicted that a VR feature film would premiere online within three years. Members of the audience pushed back with sceptical questions. A watchword among VR evangelists is ‘immersion’ – but as long as the film language is awkward and the kit uncomfortable, the experience will be less immersive than a good story on a big screen.

The trailer for Richard Ramchurn’s The Moment

The last work I saw at ASFF didn’t strive for immersion so much as interrogate the very concept of it. Richard Ramchurn is a filmmaker with a background in editing; he’s also a doctoral researcher in human-computer interaction. The twain meet in his experimental work The Moment, a 27-minute film which viewers edit live with their brainwaves.

It consists of three intertwining narratives playing in parallel. One viewer is fitted with a headset, which reads electrical activity in the brain thought to correspond to attentiveness; cuts between narratives are determined by fluctuations in this activity. Inspired by Walter Murch’s theory that good editing follows the subliminal rhythm of blinking, Ramchurn hypothesises that human attention naturally waxes and wanes – with implications for film language.

I was ushered me into a trailer fitted with a screen, and given the headset. A few others sat around to watch ‘my’ film. Ramchurn claims that there are some 17.5 trillion possible variants of The Moment. Mine made little sense. A militia hunted down a terrified woman, who then conversed with a paranoid man in a campsite; animations of abstract patterns and distorted faces intervened now and then. Cuts came thick and fast.

There could have been many reasons for this: the shortcomings of the technology; a feedback loop, whereby the cuts themselves dispersed my attention; my hangover. Above all, my constant awareness of the whole strange setup created a distancing effect, precluding proper engagement with the plot. Can this problem be overcome? If so, will Ramchurn’s project yield insights into film language – particularly at a time when attention spans are collapsing? These questions, like so many raised at ASFF, are for the future to answer.