Aesthetica’s multi-short showcase has grown from a magazine insert to a citywide festival in five short years. Now is it time to take stock?

Following an overwhelming response to a call for submissions by Aesthetica Magazine to their Short Film Competition in 2010 – in which, from over 1,000 entries, a small selection were chosen for DVD distribution – the magazine’s editor Cherie Federico decided that a more expansive format could provide “a platform for audiences to connect with new talent”. Thus came the impetus for the Aesthetica Short Film Festival, the fourth annual edition of which this year saw 300 films shown across 15 venues around York city centre.

Led by Federico, ASFF’s small team is the same responsible for producing their bimonthly publication – and in that respect what has been achieved in just four years is highly commendable. In its second year the festival doubled the number of films it screens, to 300, and continues to introduce new genre-focused strands year on year by way of developing an audience with interests as varied as fashion, experimental and comedy. It is now proudly BAFTA-recognised.

As much as the films themselves, a key element of the festival’s scope is also showcasing York’s venues beyond the cinema – from a white-cube gallery to a riverside theatre, from the medieval church-based National Centre for Early Music to the purportedly haunted Treasurer’s House. “York is the perfect playground for cinema,” Federico told me. “There are so many hidden streets and iconic locations to explore while at the same time experiencing the best in new cinema.” Whereas the standard film-festival experience can become claustrophobic – viewing film after film amongst the same faces within the same handful of venues – this decision to push audiences onto the streets makes ASFF a festival of physical discovery for visitors, and makes apparent locals’ investment in the festival. 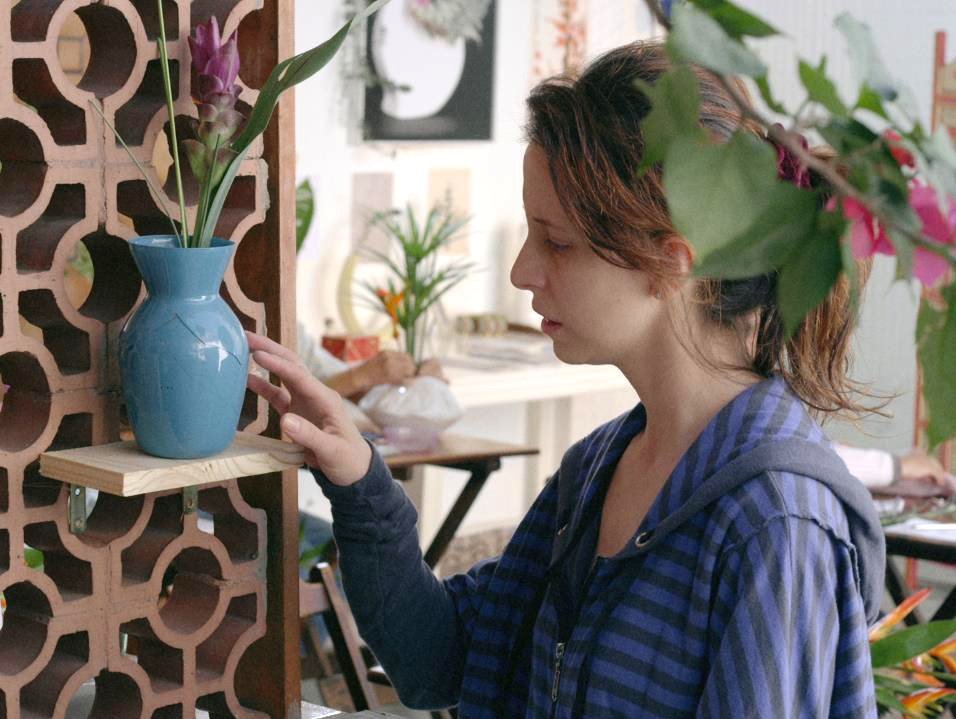 Forgotten Memories from the End of the World (Minhas piores lembranças do fim do mundo, 2014)

Speaking to filmmakers in attendance at the festival, however, elicited a mixed response to the variety of venues – and their technical presentations. While the atmosphere of a heritage building with charming pendulum clock keeping time in the corner might even enhance a viewing of the ‘best’ artists’ film, it’s unlikely that a projector on a plinth at the back of a gallery space with necessarily uneven seating and street-level noise bleed will afford the same appreciation for a work as a 207-seat cinema.

Which begged the question, does ASFF’s non-standardisation of screening environments detract from its primary goal – “supporting and championing outstanding artistic talent”? Federico’s scheduling of the programme is carefully considered, and with multiple screenings for each film there’s plenty of opportunity to select a preferred venue; but with some programmes demonstrating an uneven level of quality, it’s arguable that a smaller programme with a consistency of quality programming and presentation might better support such aims.

Which is not to say there wasn’t strength in the programme overall. Whereas short film festivals such as Encounters and the London Short Film Festival generally curate thematic programmes, ASFF prefers to programme in more loosely linked genre programmes: Thriller 1, Family 3, Animation 4, etc. This meant that any given screening benefitted from a variety of subjects and ideas, making for an enjoyably unpredictable experience.

Whilst the Drama and Comedy programmes demonstrated an understandable preference for narrative and recognisable faces – as with Benjamin Bee’s well-crafted Girl Power [benjamin-bee.com], starring Alice Lowe, and Valentin and Frédéric Potier’s creepy 216 Months – a focus on human stories across Documentary, Artists’ Film and Experimental work was noticeable too. Despite a generally frustrating abundance of voiceover narration in Artist’s Film Screening 5, Cecilia Stenbom’s System [systemthefilm.wordpress.com] stood out for its tight structure, effectively clinical production design and strong performances, creating a satisfyingly unnerving depiction of neurotic sisters crushed by the breakdown of their tightly controlled world.

Thrillers were of a consistently high quality, with the eventual winner of the ASFF Best Thriller Award Keeping up with the Joneses [michael-pearce.com], directed by Michael Pierce, a dark and witty highlight. Alongside it, Jonny Phillips’s Woodwoo was brilliantly simple, using the promise of a workplace accident and the strategic placement of a wood chipper – calling Fargo to mind – to build tension effectively, whilst Cyprus-born, Bournemouth-based Paris El-Said used a slow reveal to extract maximum anticipation in his monster movie Newborn.

In the Experimental strand, screening 1, shown in the packed basement bar of the City Screen Picturehouse, included Sam Firth’s much celebrated Stay the Same [staythesamefilm.com], in which the artist filmed herself standing on a beach in the highlands in the same place at the same time every day for a year, the result of which is a moving document of environmental and emotional tumult. 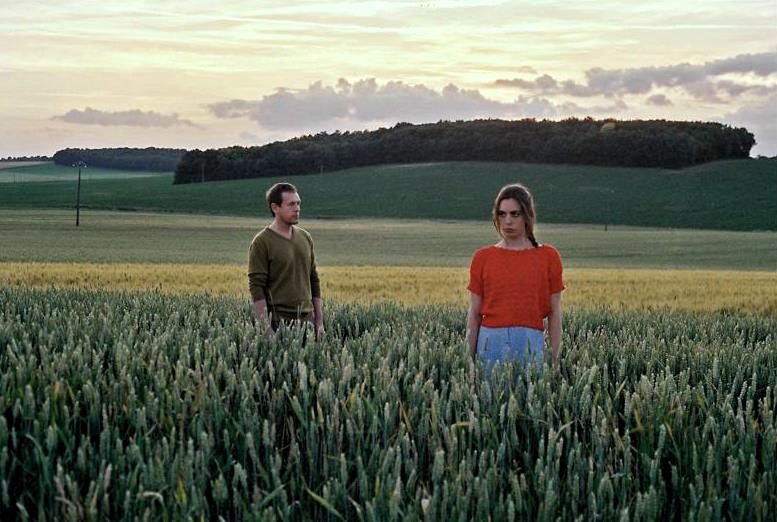 Experimental 3, presented in the comfort of Middleton’s Hotel, included Harald Hutter’s Best Experimental winner Léthé, which follows an encounter between a man and woman as they wander an anonymous landscape. This gorgeously fluid 16mm ode to meandering seemed to reference Last Year at Marienbad, as the pair attempt to recall if and when they met before.

In the same programme, Iain Bonner’s Hot Chicken began as a tediously ‘quirky’ portrait of a lonely man and happily descended into a deliriously garish take on a cult for spiritual betterment.

Perhaps the strongest programme however was the sixth Artist’s Film selection, with three films standing out for their considered approach to subject. Danilo Godoy’s Best Artist’s Film award-winner Forgotten Memories from the End of the World [danilogodoy.com.br] was a poignant examination of grief, whereby a woman’s connection to her late boyfriend is tethered by a VHS tape, the replaying of which begins to distort her perception of the outside world.

Ulf Lundin’s 5-9, originally conceived as a 27-minute dolly shot from across the street of an office building in Stockholm, which was exhibited in galleries in Sweden, screened as an eight-minute wordless edit: a balletic observation on the rhythm of office life, as workers appear as though trapped in compartmentalised routines. [Watch it at ulf-lundin.squarespace.com [27m 18s].] 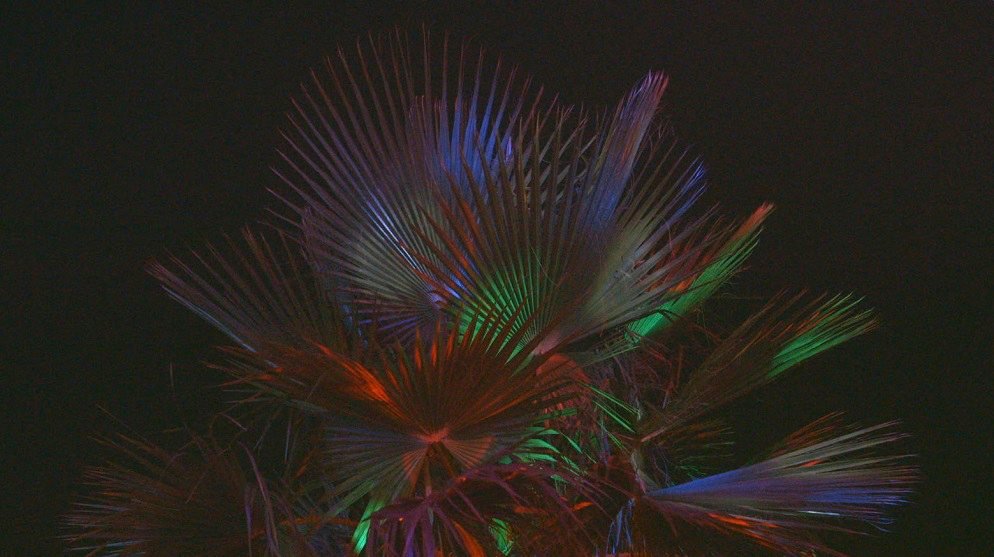 Finally, Sasha Litvintseva’s Alluvion, like the contemporaneous work of ethnographically oriented filmmakers like Ben Russell, Adrien Lecouturier or Miguel Gomes, created an ambiguous portrait of a Turkish family holiday seemingly doomed to fail on its tranquil aims. Using Plato’s Atlantis as an opening statement of intent, Livintseva imperceptibly merges scenes of the inactivity of vacationers with the labour of a local coastal population, conveying the necessity and incongruity of their coexistence. [Watch it at sasha-litvintseva.com [31m 20s].]

At such an early stage in the development of ASFF, its unmissable presence in York was impressive, as audiences donned with lanyard passes could be seen gathered on seemingly every corner over the weekend. With an events programme enthusiastically bringing together filmmakers, programmers, producers and funders – one highlight was the informative and entertaining Meet the Filmmakers session – there’s no doubt of the festival’s ability to cater for industry and public audiences alike.

The many examples of outstanding filmmaking at ASFF, combined with the enjoyment of exploring many a twisted street, are a sure indication of the festival achieving its original aims. By tightening the curation on the basis that sometimes less is more, there’s great potential for this annual city tour for cinephiles to become essential.

Corrections (19 December): this report originally described a “132-seat cinema”. The screen in question, at the City Screen Picturehouse, seats 207. This has now been amended. The report also referred to a gallery projector “on a chair”. We are informed that it was on a plinth and have amended accordingly. The text has also been revised to clarify that the festival doubled in size between 2011 and 2012.