The leading stereography supervisor discusses the lessons learnt from his work on Gravity and the way forward for 3D. 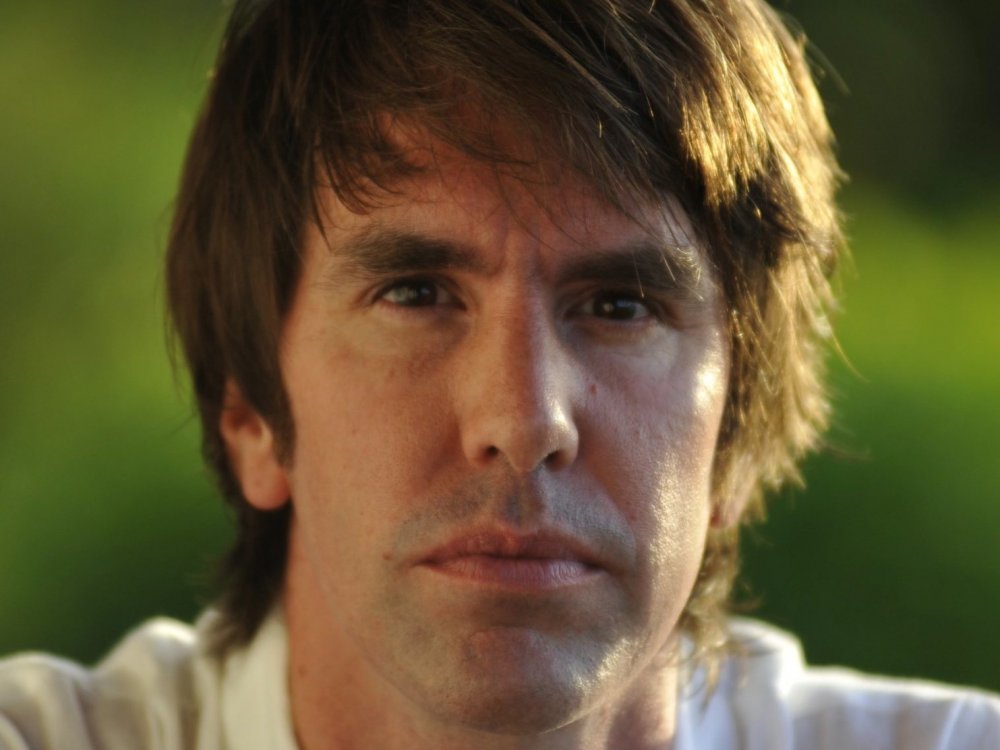 Chris Parks had an earlier introduction to stereography than most. Through his father’s Oxford Scientific Films, which made science and natural history documentaries, he developed an early passion for specialised filming, which led to working on IMAX 3D shorts.

After the Royal College of Art, he designed and published 3D books and worked on 3D museum displays, before moving into special effects for such visionary films as The Fountain and The Tree of Life. His work as a stereographer ranges from David Attenborough natural history series for TV and the documentary TT3D: Closer to the Edge to Pirates of the Caribbean: On Stranger Tides, Bryan Singer’s Jack the Giant Slayer, Gravity and the Wachowskis’ forthcoming Jupiter Ascending.

While I was still at school I started working with my father, who was passionate about the natural world and always wanted to communicate what he found amazing in natural history. And I was particularly fascinated by IMAX 3D. We built an optical bench system to shoot all the things that IMAX couldn’t do in 3D, which was everything under six inches in size, rather than concentrating on all the big stuff.

Later, when I was working on special effects during the run-up to Avatar, I got frustrated by how 3D was being approached. It was all about the technology, whereas for me what’s important about anything you do with film is the experience you’re giving the audience.

The key advantage of digital native is that when you’re shooting on set, you can see what you’re getting. And that’s not so much for me, it’s for the director. Being able to say to the director, or the DP or the designer, “This is what you’ll get if you do that, if we change it, turn it around, or change lens, whatever,” and then to show them – the power of that is incredible, and it’s what you didn’t have with film-based 3D. 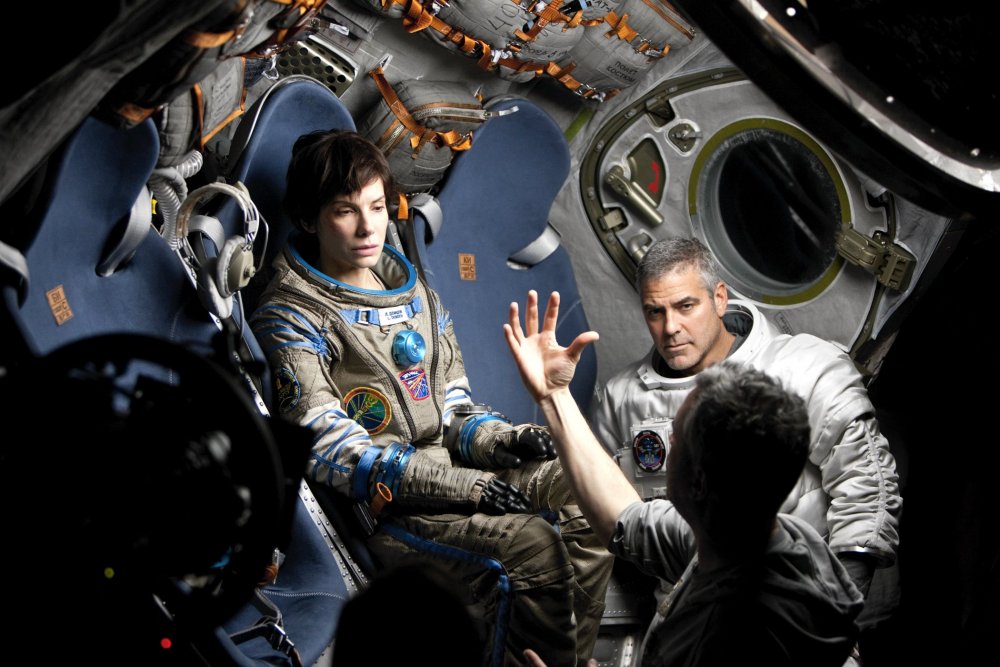 My biggest problem with post-conversion is not that you can’t get superb results, which you can, but [the fact that] if the director can’t see consequences of their decisions on set, you lose a lot.

Analogue 3D may only survive as an occasional museum experience, or in avant-garde work by the likes of Zoe Beloff. And digital is very seductive, but hasn’t its rather simplistic approach to depth sold 3D short?

You’ve hit the nail on the head. The truth is that a shot with very little depth – when you take your glasses off it looks almost sharp – can make the hairs stand up on your neck if it’s a great 3D shot. Conversely a shot with eye-straining depth can be rubbish 3D.

There are a lot of factors. Volume, I think, is absolutely key. What turns people off 3D, particularly filmmakers, is cardboardiness. Bringing volume into people’s faces, and maintaining depth through the scene, so that it’s not just foreground and background, increases 3D’s ability to draw you into the scene.

A single snooker ball, for example, is a circle with some shading on it, and the difference between what your two eyes are seeing is relatively small. But a bunch of snooker balls that define a volume in space are much more interesting.

3D is a lot more about the space between objects than the objects themselves. Frank Lloyd Wright used to talk about the “negative space” created within buildings, and if you think of 3D shots that are pleasing, these are often shots of people’s mouths, or the space between the fringe and the forehead, grass and all kinds of textures. Cobwebs are gorgeous because they create volume around things. People are often surprised by how little depth I’ve used to achieve a great sense of 3D.

The viewers’ spatial experience needs to be refreshed as they go through a film?

Exactly. One issue is eyestrain: if you relax people, they can do more with their eyes later on – and you don’t need to go as deep with the next shot. So although depth is what everyone latches onto, it’s a bit like obsessing over the number of pixels recorded by a camera, when having a wider dynamic range and better lenses will actually produce better results than just more pixels.

There’s a feeling that 3D makes viewers more passive than normal film. But in Gravity you do feel a different relationship to objects and space.

Talking about negative space creating a voyeuristic experience is simplistic. One of the sequences I love in Gravity is where George and Sandra are working on the circuit board at the beginning of the film, and you have Earth stretched out behind them with all the stuff in front, and you’re the third person in that scene. It’s not voyeuristic because you’re just there with them. 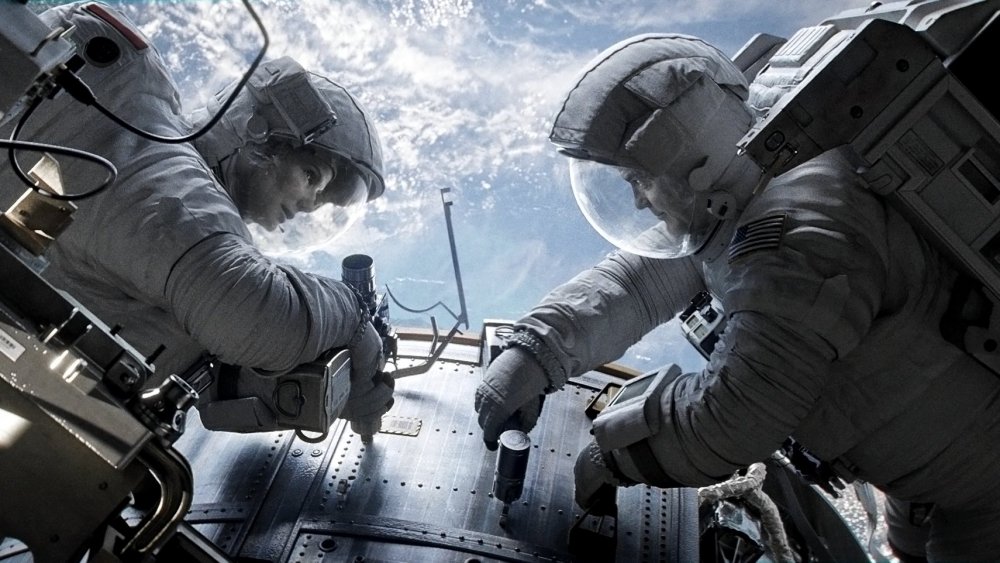 And that happens because of the combination of three things. Yes, we pulled it into negative parallax; we changed the framing, so you’re not looking over someone’s shoulder, but you’re the third point of the triangle; and we’ve given those characters volume. I dislike the word ‘immersive’ with respect to 3D, which gets overused, but giving characters volume counteracts the cardboarding effect and creates more immersion.

Cardboarding comes from the use of long lenses, and Gravity was all shot very wide, with 16, 18, 21mm lenses, which Alfonso feels are properly cinematic, holding on shots and moving the camera gently to give you parallax cues. Of course there are lots of other ways of shooting films, like the Bourne trilogy, but you can tell a great story in film by doing all the things that work brilliantly in 3D.

Most 3D feels very ‘centred’, but when George Clooney comes circling round on the edge of our field of vision, that’s like a new dimension.

I’ve come from IMAX where filling peripheral vision is very important. There’s another kind of effect, which works better with non-daylight scenes, where you have dark or silhouetted objects, and I often look to increase their perceived peripheral size, allowing foreground dark objects to merge with the edge of the frame, so they’re in theatre space, but you don’t see them.

Most filmmakers want the audience to come away with a positive experience, especially if they’re paying more for it, but the converse is that if we want them to forget about the 3D, then they won’t necessarily go to see the next film in 3D! So there are some shots in Gravity where we were definitely trying to give people a distinctive 3D experience, like floating Marvin the Martian just before they see something dreadful. At this moment, we need to make people aware of the positive gain from 3D. So pointy-stick shots do still have a place, as long as they’re not there solely for the 3D effect – like the yo-yo in Journey to the Centre of the Earth (1959)! In Gravity we threw a lot of stuff at the audience…

The debris shower is truly terrifying, but the single teardrop is another kind of new experience.

The challenge was to define the optics of a sphere of water. That drop didn’t obey the laws of physics, of diffraction and refraction, and we spent a lot of time over at Framestore playing with things they’ve used to make water drops, to get something that worked in 3D, and didn’t look like glass or plastic.

Does 3D need a new psychology of direction? You must have had some bad experiences.

Some results have been disappointing, but that’s not necessarily the director’s fault. The big thing about Gravity was that it was conceived in 3D from the start and Tim Webber, the visual effects supervisor, has a good feel for 3D.

But Alfonso was tough and challenged me. Take the scene where George and Sandra grasp hands, where we increased the 3D by a factor of five. That came from Alfonso asking what we could do to intensify that moment with 3D? If you see Gravity again, try looking at other parts of that scene, like the foreground or the space station behind, and you’ll find it’s quite uncomfortable, because we pushed the depth so much to make sure you’re luxuriating in the hands – with all the extra volume, shape and sculpting that we put into the scene – you’re not going to look away.

You haven’t worked much, or at all, on naturalistic 3D films. So what’s your feeling about its value in drama?

Well, Jack the Giant Slayer (2013) has a lot of dramatic scenes at the beginning, where the princess and Jack are inside his hut. You’ve got candlelight and drips of water, all those textures of real life. For me those are the things that really shine in 3D. 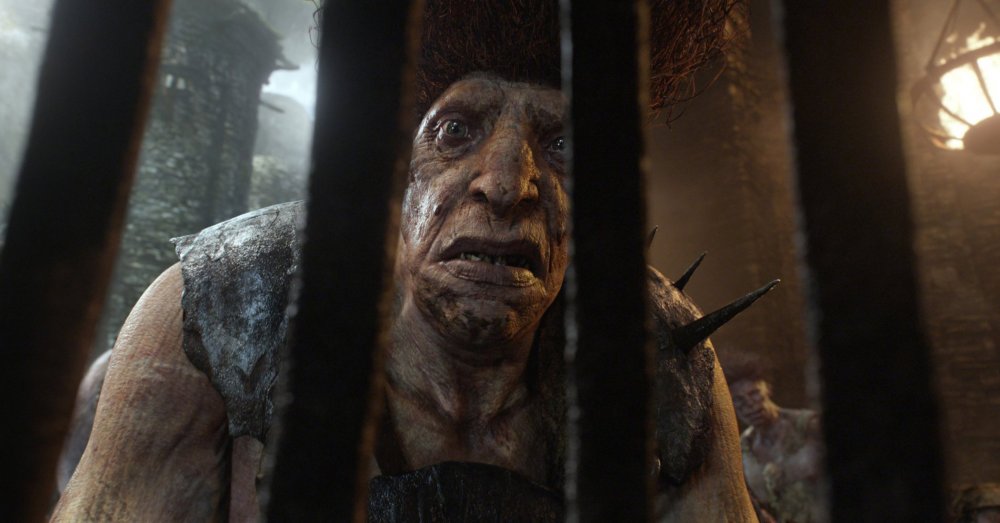 I think we’ve been diverted from where 3D should actually be going. It’s about communication, and if it gives more information – I’ve heard the figure of 400 per cent – that has to help non-verbal communication. We know about all the little tics and signs that reveal what we’re thinking, so it should be able to help in a naturalistic drama. But that’s where it hasn’t been used, except perhaps in Pina.

And that’s not going to happen, is it, since studios have strong views about what suits 3D?

Maybe Ang Lee’s next film will do it. It’ll be a director like him or Cuarón, with enough clout, wanting to tell a straightforward story. That’s got to be the next big step. And it needs to be in native 3D, because you’d lose all those things you wouldn’t think of putting in: all the wrinkles, stubble and hair that you’ll only capture if you do it natively. Conversion can be great too, with all sorts of things that you can’t do in native, but if you’re doing a character-driven drama that needs to be native.

So does 3D need its Sam Fuller, who was hired to break all the CinemaScope ‘rules’ in his Hell and High Water (1954)?

The rules do need to be challenged in 3D. Directors and DPs should make decisions about how the shot will affect an audience. So yes to shaky cameras: by all means ramp the 3D down and move the camera. Use it for what it’s good for.

And I think getting more light onto the screen should be highest priority. I don’t believe audiences will mind glasses if they aren’t taking away from the cinema experience, in terms of light levels, which is what I find all too often when I go to see 3D films.

3D has come at a time in cinema when the style of cinematography has developed in a direction that is less suited to the new medium, and paradoxically the 60s or 70s would have been an easier time for it to emerge. What I think we can take from Gravity is that it’s possible to have an exciting mainstream action film that works in 3D, where 3D adds to the experience and pulls audiences into the cinema. And that has to be a positive thing, which will attract other filmmakers.