Immersive Encounters 2018: virtual reality in the round

At Bristol’s Encounters Film Festival, VR moved closer to the communal experience of cinema, but the technology can still keep users at a distance. 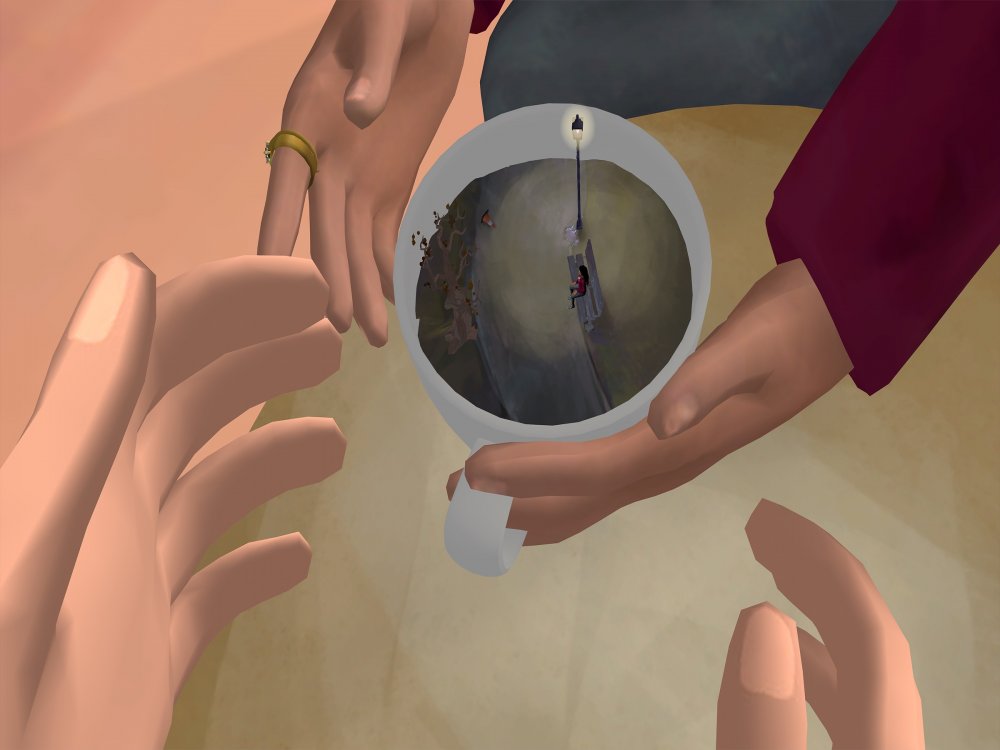 BBC and Aardman’s Is Anna Okay?

This year marks the second iteration of the Immersive Encounters competition at Encounters Film Festival. Leaving last year’s ‘café for lonely people‘ behind, the festival put funds and good faith into the development of audience experience for VR. The results were pleasing. A brand-new app, developed by VR experience company Limina Immersive, allowed participants to begin and end their immersion as a group. Working towards making VR experiences more accessible, Limina hosted two spaces: a VR Cinema and VR Theatre. Beyond the competition films (VR Cinema), a selection of Bristol’s so-called pioneers in VR, each with varying degrees of interactivity, were presented under the banner of Immersive City – Bristol (VR Theatre).

Set up with ten and six seats in the round, the VR Cinema and Theatr intended to re-create the communal, theatrical space of cinemas and theatres, respectively. Sparse neon lighting in an otherwise darkened room, with low level ambient music and a host to guide the session, was a good start. Still, sat in executive office chairs, with headsets and computers, the visibility and physical weight of wearing the apparatus perpetuated our awareness of the artifice of the form.

Once we were seated, the host would give a ten-minute introduction to the experience and programme to follow, often referring to it as a ‘performance’. Though there was no live element to the content, some of the films in the VR Theatre extended the audience’s role from viewer to user, encouraging interaction through voice or hand-held remote control.

In a BBC-Aardman co-created work titled Is Anna OK?, dual remotes acted as the user’s hands inside the piece, with the express function of allowing that user to pick up items to propel the narrative forward. Tactility as causal progression is a bold move towards embodied engagement. It was originally intended, however, as a two-person experience, in which one would sit and the other would stand, and the so-called ‘interactivity’ in our collective seating felt contrived.

The most fascinating moments was when a blue grid appeared, engaging me in a sci-fi structure. Finally, an embodying image that echoes the feeling of being constrained by a VR headset, I thought. Unintentional, of course: the cage, my host explained, was the makers’ blueprint and seeing it is in fact a glitch in the experience. Exposing artifice again, the experience was more virtually uncanny than real.

Speaking of embodiment, the greater difficulty this year concerned content and connection. While the festival and Limina had tinkered with the setup to maximise user experience, most of the actual works were indulgent explorations of form, oblivious to the fact that there would be an end user. John Durrant and Steve Bell’s Secrets of the Brain: Electric Dreams (admittedly billed as a work in progress) is a visualisation of the data from an MRI scan. Watching this on the day my father received the results of his own MRI revealing a neuroma (benign tumour), I wondered how the 1990s screensaver aesthetic was supposed to make me think or feel about the utility of scientific technology on human frailty.

Philippe A. Collin and Clément Léotard’s Immersive Encounters Grand Prix winner Kinoscope, which was previously part of the Cinémathèque Française’s exhibition The Cinema Machine: from Méliès to 3D, proved that VR, while distinct from cinema, remains tethered to its rich history. Offering a nine-minute potted tour of generic and technological advancements in cinematic form, Kinoscope makes the case for VR as an emerging media with an exciting future. Its exclusive reliance on male-dominated canonical texts, however – ironically presented in the style of female film pioneer Lotte Reiniger’s iconic silhouette animation – was as disappointing as it was selective. Co-opting Reiniger’s contribution to film history to champion the work of John Ford, Quentin Tarantino, Stanley Kubrick, Martin Scorsese et al is an act of wilful blindness and a virtual reality the world could, quite frankly, do without.

There was, however, one shining light at the end of this year’s virtual tunnel. BBC and Anagram UK’s Make Noise, a celebration of suffragettes, encouraged the user to sing, shout and proudly proclaim the names of inspiring women to enact environmental change within the experience. It was the only work that engaged social and historical polemic for narrative progression in this way. When the user hummed aloud, blocks would assemble to form the figure of a suffragette. It was literally building a more aspirational reality.

Suffragettes and cinema have a lot in common: more than one hundred years of history and a meaningful way of communicating directly to and embodying humanity. In Bristol, Encounters believe VR can do the same. Investing in the idea of a communal experience, the festival’s hopes are pinned on the possibilities of an immersive future, rather than the virtual realities to hand.