Here for Life review: homeless actors on a precarious stage

East Londoners rehearse a play about their own marginalisation at a community garden in this organic, collaborative documentary about changing spaces and peripheral people. 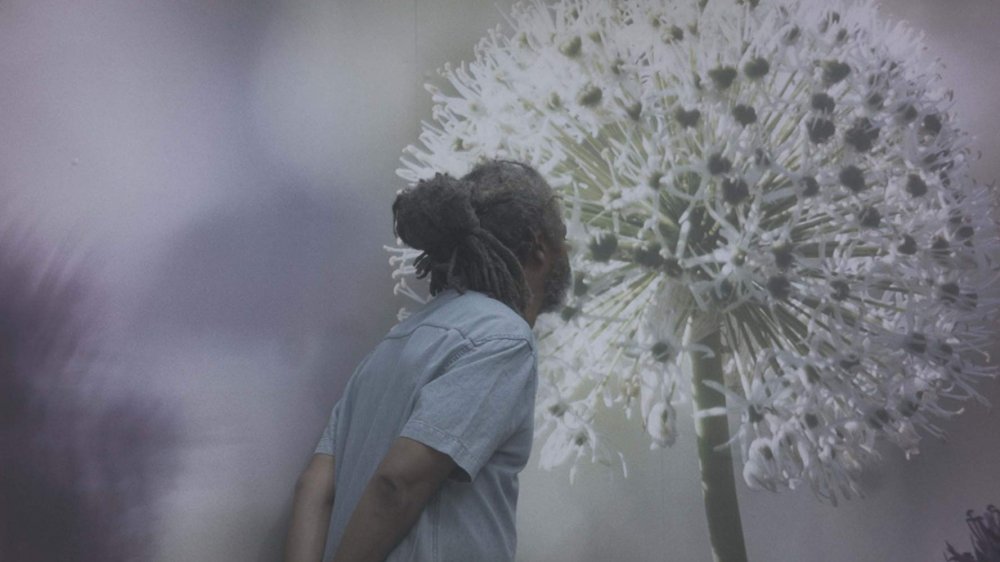 It’s often suggested that, far more than just a backdrop to the action, the setting of certain films is so intrinsic to the drama that it becomes like a character. This would be an easy case to make with regards to Here for Life, a collaborative project by filmmaker Andrea Luka Zimmerman and theatre director Adrian Jackson. At points throughout the film, the Nomadic Community Gardens in Shoreditch, East London, are a location for rehearsals, relaxation, storytelling and socialising, before literally becoming the stage for the final-act set piece. It would be quite accurate to say that the gardens are as much a character as the cast of human performers, but both they and the people are more vital to the film’s composition than mere characters within it. They’re a part of its DNA: the film, the people and the place are all imbued with the same spirit.

Here for Life is a difficult film to categorise, and that is a quality shared by its subjects. The Nomadic Community Gardens were originally a dumping ground between two raised train tracks, subsequently transformed into a vegetable garden and allotment. Their continued existence is precarious, existing amid a bustling, hip, gentrifying part of the city. The majority of the cast of actors come from Jackson’s dramatic arts project Cardboard Citizens, which produces theatre and theatrical training for and by the homeless. These are people who have found themselves navigating the periphery of spaces in which they are unwelcome and searching for ways to coexist with a system that excludes them. Here for Life fuses these people and this place into a thoughtful, emotive and challenging meditation on marginalisation and community. It does so with a suitably ramshackle composition that manages to evoke the randomness and individuality of the gardens and the same overarching sense of cooperation and society, while constantly feeling as though it is shifting between documentary and fiction in search of a more profound truth.

From the film’s opening moments, there is an energising friction between the candid and the composed. In the very first scene, two of the performers, Errol and Jono, sit fishing on a canalside and appear to brainstorm ideas that will be important in their forthcoming theatrical venture. This project – the actors workshopping in rehearsal, the play itself, the film comprising both – is all about reframing the way we express and ingest stories about certain groups. “Shame is put on you,” asserts Jono as they scribble in notepads. “They accuse us with shame.”

This simple concept refracts throughout the rest of the film: the notion that people take on the prejudices and judgements of others, and how the ostracised are typically only seen through these prescribed lenses. Zimmerman’s construction of the film constantly highlights the artifice and process of presenting a story that serves to reflect the way in which audiences might otherwise conflate myth with objective reality. There is a flipping of perspective here that seeks to give space and time not only to ‘the other side of the story’ but also to the contexts that inform those stories’ origins.

This comes from an intertwining of inspirations from the makers’ cinematic and theatrical backgrounds: Vittorio De Sica’s Bicycle Thieves (1948) and the practices of the radical Brazilian dramatist Augusto Boal and his model of the Theatre of the Oppressed. Jackson worked with Boal, and the play that’s performed in Here for Life’s final section utilises various aspects of the latter’s practice, from the engagement with audience members as ‘spectactors’ to a protagonist who is pressurised into acting unethically.

This is done by taking the conundrum facing Antonio in Bicycle Thieves and turning it into someone having their horse stolen and wrestling with the repercussions of stealing one in return. Where Here for Life takes motivation from Boal is in the idea of concentrating less on the moment of aggression and more on the events leading up to it. The film challenges the actors to think about the broader societal questions raised by their narrative’s premise and interrogate them in the creation of their characters and in the recollections of their own lives. It also uses the time spent with these individuals and their various groupings to give the audience the chance to observe wider contexts and histories. 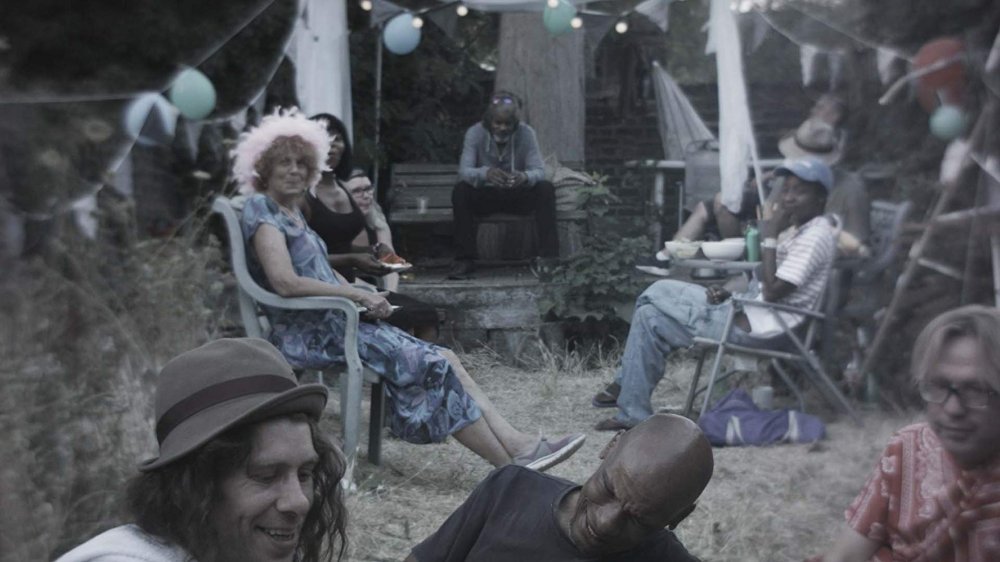 “Why can you have 500 houses when I don’t even have a square to live in?” asks a woman in the audience. “Who can define that this is yours not mine?”

The film regularly places the performers in spaces that seem to be pushing them further away – one man is seen riding a horse around Brixton Market, while he and another are later filmed posing in front of hoardings depicting future development and swanky apartment complexes. At one point they stop and ask some builders if they’re knocking something down or putting something up, and whether what they build will be affordable. The likelihood is, of course, very slim. In various instances, people discuss difficult pasts in which violence, abuse, ill health and the loss of loved ones have all gone ignored by society at large. The community gardens in this instance act as a place to work through their feelings, but more so a place in which to find people to work through them with. The reality of these moments becomes less important than the intimacy they confer.

The primary theme of theft recurs on a number of occasions, leading to some of the most memorable and distinctive moments. At one point early on, Errol demonstrates to the rest of the group how to break a lock and steal a bicycle. They are on the street and garner the attention of some passers-by, one of whom films what’s happening on his phone. Speaking to camera, he explains that in his youth he was a prolific bike thief but has in later life used the expertise he gained to buy and sell bikes. Not only that, he expresses interest in making videos to educate people on how to avoid having their bikes stolen – to “give back what I’ve taken from the community when I was younger”.

In one scene, two people perform to camera a recollection of their experiences of stealing bikes; as their words intermingle and overlap, their stories are hard to separate and thus become welded together, representing shared experience as much as individual. Elsewhere, phone footage shows Errol being arrested for breaking the malfunctioning lock on his own bike, while an earlier scene involved a failed three-man attempt to steal some fish from Billingsgate Market. How real or constructed these moments are is not addressed, but they all raise different questions about the ethics of theft and the ways that different perspectives can change our judgements.

These concepts also dominate much of the post-performance discussion, in which Errol speaks about how easy it used to be to steal at self-service checkouts but, he says, he now makes a point of paying even for the plastic bags because he wants to tell himself he has got enough. The self-determination of his narrative sings, echoing positively back through all the hardship and marginalisation that has been described. Regardless of what brings people to the Nomadic Community Gardens or Cardboard Citizens, these places provide a platform from which an individual can determine their own story. Zimmerman and Jackson’s film challenges us to become ‘spectactors’ and engage with and interrogate the stories we’re told about those people on the periphery of society.

Related to Here for Life review: homeless actors on a precarious stage