Reclaiming the city at Sheffield Doc/Fest 2019

The plight of our cities was a prominent question at this year’s festival, as documentarians from across the world take aim at the issues moulding their metropolitan areas, placing the narratives back in the hands of the residents. 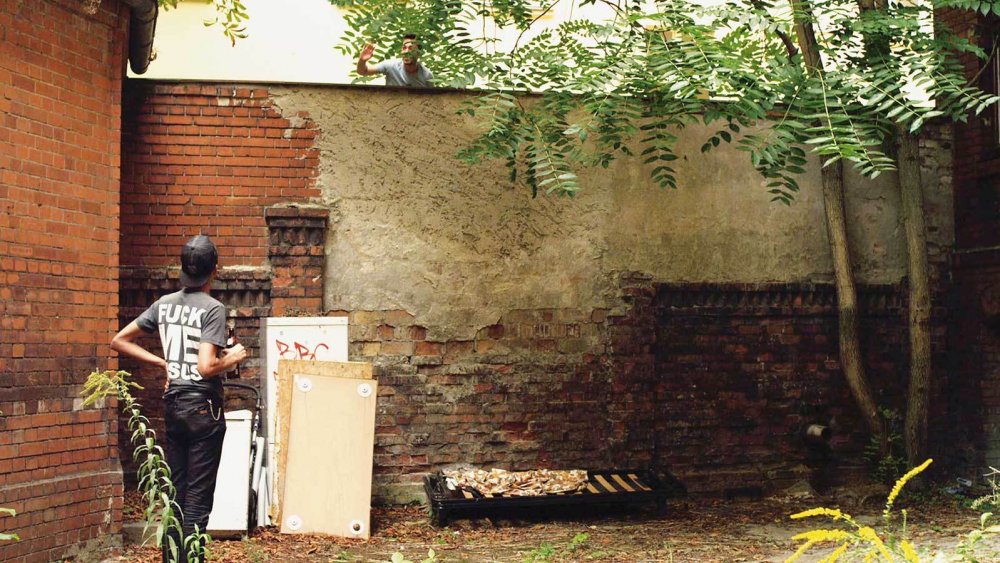 Who do cities belong to? Who can they belong to, or who are they being claimed by? In the bustle of the 21st century the landscapes of our cities across the world have changed dramatically, and not always for the better. As businesses and governments hope to mould their own city narratives at the expense of residents, claiming spaces through soaring rent prices, encroaching gentrification and Billionaires’ Row parades of empty mansions, efforts must be made to remember and reclaim the potential that cities were once able to offer the under-represented and marginalised. Caring about what happens to cities and how they continue to be structured is at the crux of the fight to maintain their open and egalitarian essence.

In fiction film it has become a cliché that cities are characters worth cherishing as much as they are locations, but perhaps this is an idea worth protecting in the nonfiction cinema currently documenting our urban environments. Care must still be taken to foreground the merit of cities even as we lament their plight. Filmmaker Brett Story’s latest documentary, The Hottest August, a highlight of several of this season’s documentary festivals, offers a pertinent reminder of how cities are, and should be, fundamentally shared spaces, even when their streets simmer with tension and uncertainty. 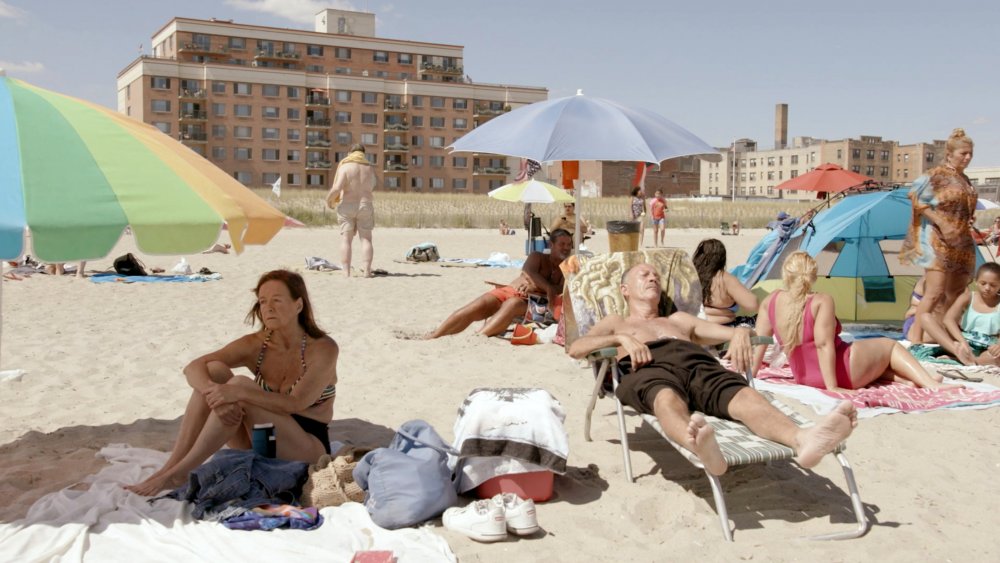 Through Story’s work, New York’s underlying character is mapped through the connecting stories and networks of the people who call it home. The film, which has already garnered festival attention for its insight into the lives of New Yorkers one summer, reflects on the political climate across communities and the changing structure of the city. It details New York’s development from Story’s subjects’ varied testimonies – most interviewees express their stress over housing, where they might be able to afford to live or if gentrification will gradually push them away from their neighbourhoods.

“My spaces are fragile,” wrote French essayist Georges Perec, quoted in Matthias Lintner’s Property which, like The Hottest August, also enjoyed its UK premiere at Doc/Fest. “Time is going to wear them away, to destroy them. Nothing will resemble what it used to be.” Change is inevitable, but the destruction and loss of what makes cities progressive and diverse surely shouldn’t be. 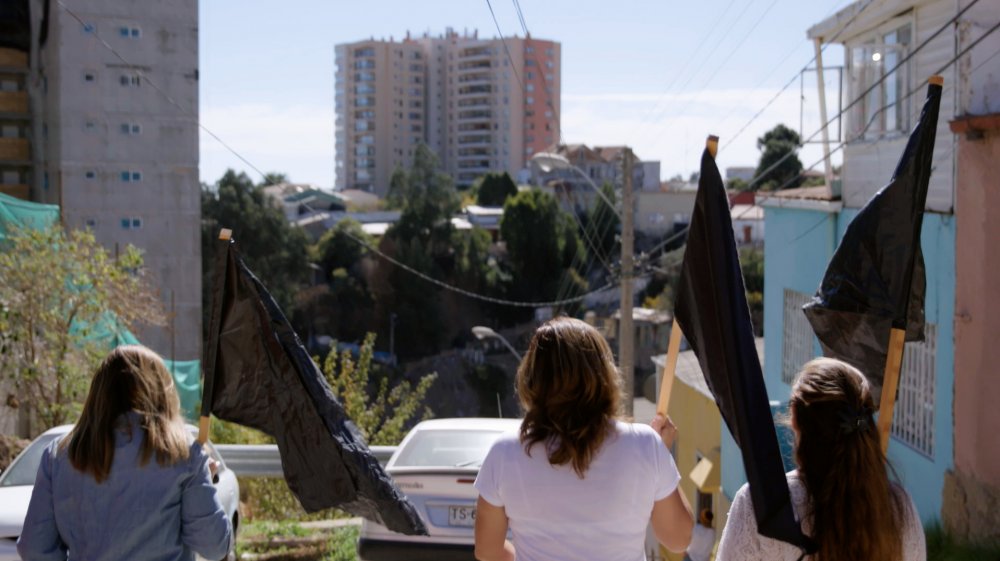 Several other films alongside Property at this year’s Sheffield Doc/Fest explored the character of cities across the world, and attempted a necessary reclamation of their contested space. They interrogated issues of displacement and gentrification at the core of housing crises that continue to afflict our metropolitan centres where artistry, music and friendship still hope to thrive. The underlying threats to the sanctity of cities’ liberalism remain all too present but in these films perhaps hope for the idealistic paradigm of the city still lingers.

In Push, surely the most explicit indictment of the global housing crisis in this year’s crop of urban documentaries, director Fredrik Gertten relies on traditional documentary storytelling to detail the violations of our right to housing occurring across the world. Moments of missing subtitles during the screening achieved a startlingly appropriate effect – these violations are the same in every language.

While it keeps to some expected documentary beats, the outrage Push may be able to inspire is undeniably important. The film follows Leilani Farha, the UN Special Rapporteur on the right to housing, who travels from city to city to meet individuals in the midst of the crisis, from a Londoner who lost his home in the Grenfell Tower fire to a Chilean woman whose apartment is an inconvenient blockade to further unaffordable condominium development.

The film documents the strategies and tactics offered by states, landlords, funding bodies and property developers used to undermine, and explicitly not help, their residents. How can these disasters and issues, most often occurring in marginalised communities, be manipulated for maximum gain? What profit is there in tragedy? These questions are at the core of Push’s shock value, but the film doesn’t capitalise on trauma for the sake of scandal or limit our sense of hope for the future. These stories are documented as Farha visits and offers support, so that at least someone with the power to effect change is present and listening as they are told. 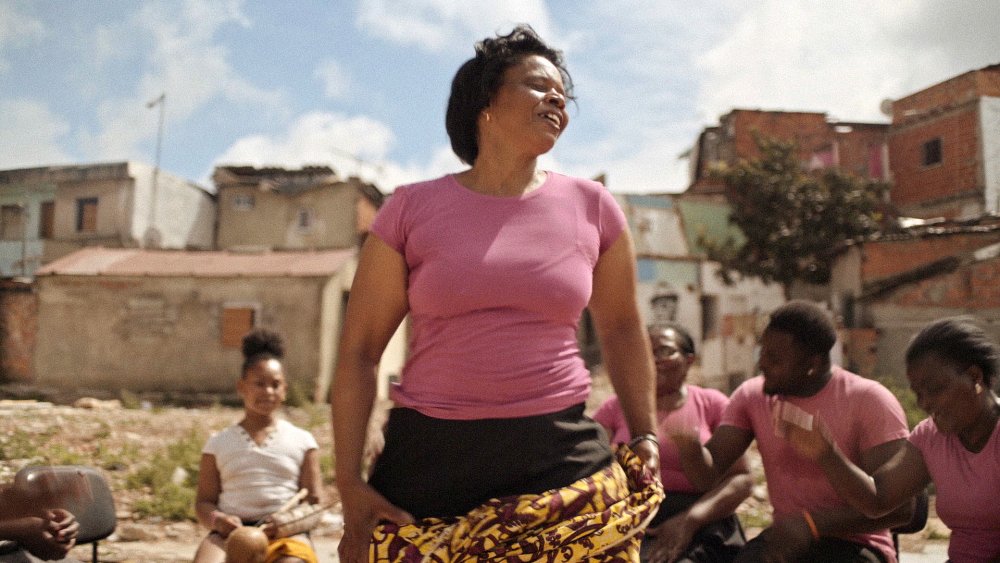 The global reach of inequality in housing and the prevalence of displacement was reflected in other programme highlights from the festival, including Lisbon Beat. Lisbon-born but London-based DJ, producer and now director Rita Maia (alongside co-director Vasco Viana) presents the titular rhythm of her native city in this pulsing documentary work, where Afro-Portuguese music history is placed under a deserved spotlight.

The genres of music that the film catalogues were in many ways borne from displacement, when conflict in Portugal’s former African colonies drove many families to start new lives and new creative pursuits in Lisbon’s suburbs. These areas are championed as where the ‘Lisbon beat’ originated, with their predominantly black musicians and artists kept to the outskirts in once thriving communities that have since faced further disruption and demolition. “The neighbourhood disappears from this place, but it stays in our hearts,” says one resident. As former homes are knocked down, a street artist spray-paints a portrait of young Rap Crioulo MC Vado Más Ki Ás on a remaining wall as an almost morbid commemoration of his talent.

Artists across generations, from the older female Batuque players and dancers to the Lisbon ghetto Batucada sound pioneer DJ Marfox, are all granted a space in the film to express their vision and skill, to champion the good that has come from the city despite the decline. Maia’s work is a dedication to the cultural legacy of these profoundly influential artists in their communities, and a clear condemnation of the racism that dares to even question the musicians’ value in Portuguese society.

From Portugal then to Cuba in Baracoa, where the repercussions of Havana’s development filter out to the surrounding countryside and into the livelihoods of the residents there. A gentle and affecting blend of fiction and documentary, Pablo Briones’ film follows two young friends living in rural Cuba, Antuàn and Leonel, whose friendship begins to fissure when faced with the country’s commercial modernisation and change. 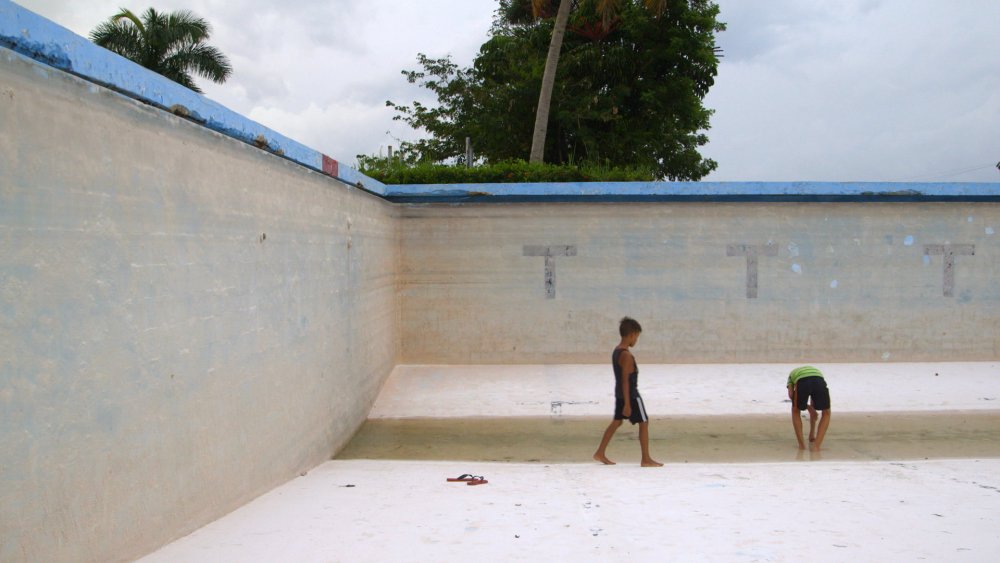 The boys are inseparable, four years apart in age but bonded together by their imaginations and sense of adventure, sharing the tenderness of an often fractious yet all-consuming childhood friendship. They must face their own conflict and displacement as Antuan’s family uproot from their small town home to enter into city life. Leonel, with his admiration for the spaces around them – the mountains, fields, abandoned swimming pools and broken-down cars – must learn to cope with Antuàn’s new fascinations with computers, hair dye and zoo animals.

The boys’ distance from one another, and the profound sadness of it, is so heavily aligned with both lost innocence and the opportunities offered by the city that separates them. Opportunity is everywhere in the film, in Havana or the suburbs, wherever the boys choose to look – perhaps one day, Leonel ponders, he might become a filmmaker or an actor thanks to this film. Baracoa is an intimate record of children on the cusp of change, growing into a new world that will inevitably pull them and their communities apart from one another, with a city in the middle that could offer so much to shape the rest of their lives.

Where the other films integrate themselves heavily with the issues of their subjects, Lintner’s Property opts for a different approach. This is a film that never leaves the perimeter of the courtyard housing complex occupied by Lintner and his own eccentric neighbours, from Rafael the artistic alcoholic to Herr Pieper, an ageing resident who believes Kreuzberg was created when the Archangel Gabriel aimed a rock at the devil and missed. This rock, shattering down onto earth and landing in Berlin, may represent for Herr Pieper the squalid and dark beginnings of the area that still has a reputation for artistic and social liberalism despite the threat from growing gentrification.

Lintner rejects this encroachment for his shared space, however, and for his friends and fellow occupants. We see them as people claiming their space through art, music, friendship, even dog ownership. We learn nothing about what they do outside of the courtyard or their homes, how they earn money, who their families might be. Quietly and meditatively, Property protects the fragility of space by documenting both its emptiness and occupation, its safety from the hands of those who would hope to claim it.

These films do not deny the work that must be done to restore the potential of city space, nor do they blindly praise cities as wholly utopian. Instead, they remind us of the expressions of creativity and community that have thrived in city spaces, and can continue to do so if we take care to reject the forces attempting to redefine the narrative.