This year’s standout movie, Pedro Costa’s Vitalina Varela, seemed to set the tone for the rest of the festival, where low-budget but innovative and politically charged films found their place to shine. 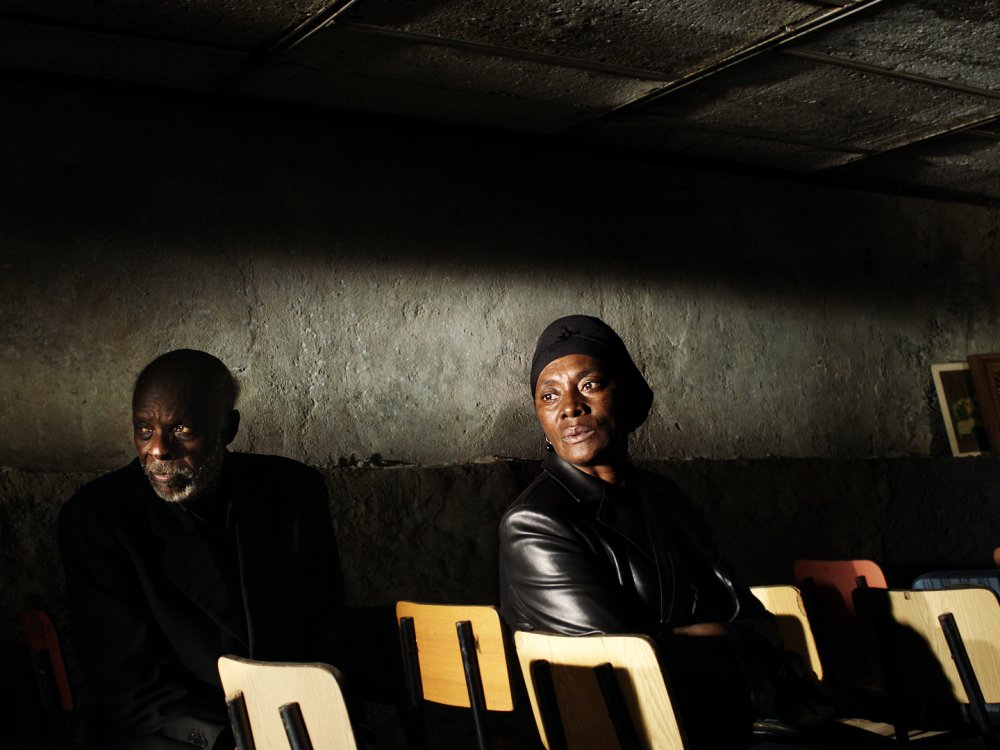 Portuguese director Pedro Costa’s monumental new film Vitalina Varela was by common consent the standout at this year’s edition of Locarno (see Christopher Small’s review here), head and shoulders above everything else, even though there were striking entries elsewhere. No one seemed remotely surprised when it was given the Golden Leopard for Best Film and its eponymous protagonist got Best Actress, and in truth I can’t recall any festival awards being such a foregone conclusion. Another director with a film in competition joked that he felt like a support act for a rock concert headliner.

Costa’s previous film Horse Money took the Best Director prize in Locarno in 2014, so there was symmetry to his return to the festival for new artistic director Lili Hinstin’s first edition. Her predecessor Carlo Chatrain, who’s now decamped to the Berlinale with pretty much his entire programming team, had gathered plaudits throughout his tenure at Locarno, as that plum new appointment suggests. Hinstin seems so far to have restricted herself to a few minor tweaks, adopting an “if it’s not broke don’t fix it” approach. There were maybe a few more French films than usual, and the programming team now gravitates more to France than Italy, but otherwise it felt, at least for the time being, like business as usual. 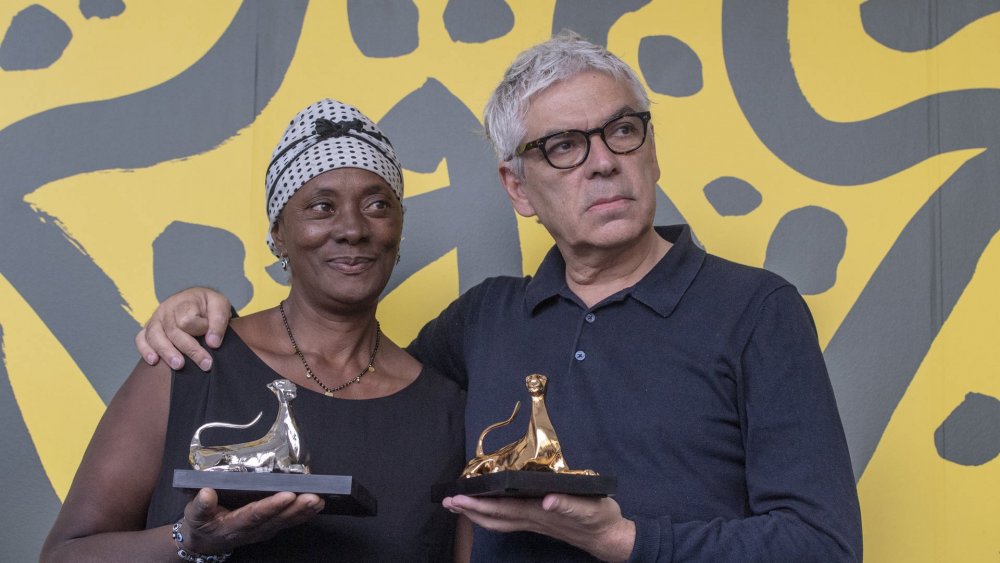 In fact Vitalina Varela, and Costa’s work in general, arguably represents the apotheosis of a species of low-budget, formally exploratory, politically inflected cinema that Locarno has tended to showcase. Costa has refined his artisanal methods (use of non-actors, restricted locations, chiaroscuro lighting, stylised delivery) to such an intense pitch by now that this film felt like some form of highly concentrated dark matter. American critic Kent Jones memorably described Colossal Youth (2006) as “an impossible object”, but if anything this film seemed even more sculpturally dense and massive, utterly uncompromising in its seriousness, its refusal of psychology, sentimentality, ‘closure’, or any softening of its protagonist’s agony.

Varela’s performance is elemental, forged in fire. It never ceases to astonish just what miracles Costa is able to wrest from non-actors, or more accurately, coach them to wrest from themselves, but this is probably the most formidable performance, and the most potent screen presence, as yet in his work.

Vitalina Varela also seemed to chime and connect serendipitously with other elements floating in the mix at this year’s Locarno. The expansive Black Light retrospective on international black cinema, curated by Greg de Cuir Jr, was something of a treasure trove, and naturally served to point up the prevailing whiteness of most festival circuit cinema (Costa’s unremitting focus on Cape Verdean immigrants makes him an exception in this regard). In addition, a good number of the films I saw were, again like the Costa film, concerned to excavate and connect personal and historical trauma, one of the most powerful being Eloy Enciso’s Longa Noite (Endless Night).

Enciso is a key player in the much-touted Galician cinema scene, his debut feature, the excellent Arraianos (2013), being a mysterious hybrid that forged its own idiosyncratic language and rhythm in order to transport the viewer to what at times felt like another dimension.

The new film is every bit as hypnotic, but this time the political purpose is clearer. Set in the early, most ferociously repressive days of the Franco dictatorship and structured into distinct chapters, Longa Noite mainly homes in on one defeated republican’s wanderings and conversations with a succession of people, which not only nail the toxic atmosphere of the time but also point to unresolved matters poisoning the present.

Enciso based his dialogues on texts that took an inordinately long time to source since they were still were practically hidden and unknown, so complete was the repression of anything even remotely critical of the regime. Two unforgettable passages in the film deserve mention; one, a long, rhythmic monologue spoken by a woman detailing an encounter with another republican woman about to be executed; and ultimately, a hallucinatory, extended walk through a wood at night, while a letter to his family written by a republican man awaiting execution is read in voiceover. Both are based on real texts, both manage to connect with and evoke the most profound horror and suffering by means of perfectly pitched understatement.

Visually the film is something to lose yourself in courtesy of Mauro Herce’s astonishing cinematography, which in the night-time scenes especially (most of the film) attains an uncanniness that feels entirely apt. 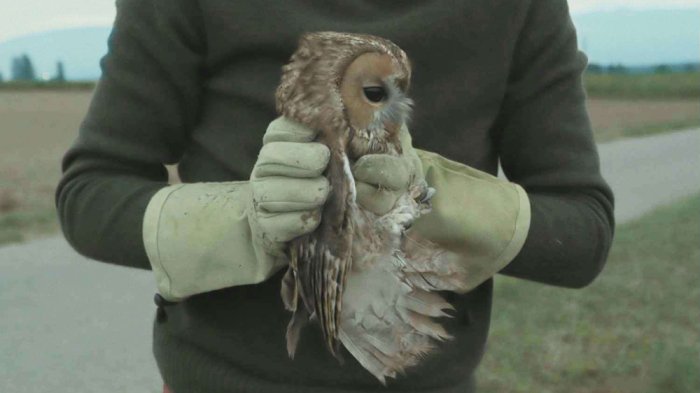 In both Vitalina Varela and Longa Noite the spaces the characters inhabit or pass through are psychically charged, sometimes oppressively so, and seem to take a hand in shaping their destinies.

In Bird Island, a Swiss film directed by Maya Kosa and Sergio da Costa, this tendency is made more explicit when the young male protagonist, recovering from a bout of illness that has left him disconnected from the world, is sent to a bird sanctuary to recover. We’re privy to his growing closeness to an older male colleague on the verge of retirement, his gradual acquisition of the requisite skills required to tend to the sick birds from the same person, and we witness the most tentative attraction imaginable to a female colleague.

This is all accompanied by a neutral, flatly delivered voiceover that feels almost Bressonian, especially when coupled with the very low-key observation of the daily round. At the same time mention is made in passing of some environmental catastrophe that means more birds than ever are requiring their care. It’s yet another entry in the ever-expanding canon of documentary/fiction hybrids (Miguel Gomes’s name appears in the credits) but without doubt one of the most beguiling.

In Andrea Luka Zimmerman and Adrian Jackson’s freewheeling kaleidoscopic film Here for Life, place is again of paramount importance. We’re in Hackney in rapidly gentrifying east London, full of fenced-off, securitised spaces where the large cast of marginalised real-life characters the directors have assembled must endure the pain of displacement together with other day-to-day difficulties – recovery from addiction, domestic violence, isolation, terrible life losses.

But situated in the heart of these neoliberal shifting sands is a ramshackle utopian oasis, a garden with a few huts, where gradually, as the characters open up to each other and the camera and relate their often painful stories, we witness a joyful community forming right before our eyes. It’s a film of great compassion and political and aesthetic ambition, in which the idea of a collective is prioritised for a change, but without sacrificing or downplaying the individual voices and idiosyncracies that it comprises. For the most part, our protagonists are simply themselves, but there are more obviously rehearsed moments that take us deeper: quieter, stylised and reflective passages where the characters seem to look inwards, face a reckoning or perform some version of themselves.

In fact, ideas around performance and identity are key thematic threads throughout the film, which find their fullest expression in a beautifully exuberant and optimistic ending where the protagonists put on a play for an invited audience on an outdoor stage they’ve constructed in the oasis. It’s an Artangel project (which will be released by Modern Films soon) and completely sui generis, a film that genuinely seems to get under London’s skin and nail a particular moment. 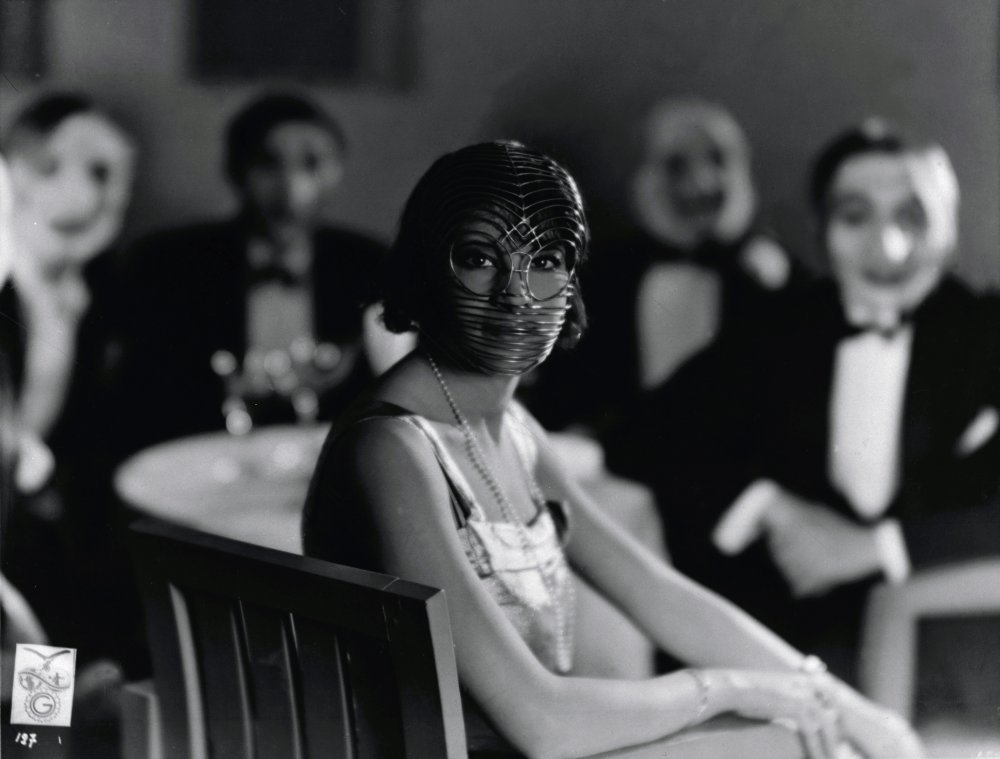 There was another bolt from the blue to report, for me the most arresting film in the Black Light programme. This was Dainah la métisse (1931), the second talkie made by Jean Grémillon, the action of which takes place aboard a cruise ship whose passengers are mostly decadent bourgeois types devoted to trivial pleasures; in their midst are a black magician and his beautiful mixed-race wife, the latter played by Laurence Clavius, about whom very little is known. Suffice to say she is a blazing screen presence who should have made many more films than the two she’s credited with.

The story, such as it is, involves a potentially erotic encounter Dainah has with a ship mechanic one night that leads to her going overboard, and the investigation into her death that follows. But the real power of the film resides elsewhere, in otherworldly ballroom scenes shot from bizarre angles, in which Dainah suddenly breaks into a dance and attendees don a series of grotesquely eerie masks; the one worn by Dainah in particular is a work of art. Then there are awkward scenes with her husband in their cramped cabin where she seems ill at ease and prey to vague desires that she can’t quite express or grasp.

The film crackles with imaginative energy, clearly the work of a major talent taking flight, but whatever point Grémillon was making about race and class remains elusive. By all accounts this was a much longer film, cut in half by nervous producers, so you’re left with a sense of sketchiness. It was for that reason the most mysterious and withholding of the films I saw in Locarno, but nevertheless the one I retain the most vivid memories of.

Correction (3 September 2019): this report originally claimed Pedro Costa’s film Vitalina Varela won the Best Director prize and that his previous film Horse Money had won Best Film, reversing the actual prizes awarded to each film. This has now been corrected.