Andrew Kötting’s latest “brief and incorrect” country lark lights out with the apparition of King Harold’s widow, and kindred history-diviners, in commemoration of the dismemberment of Anglo-Saxon England. 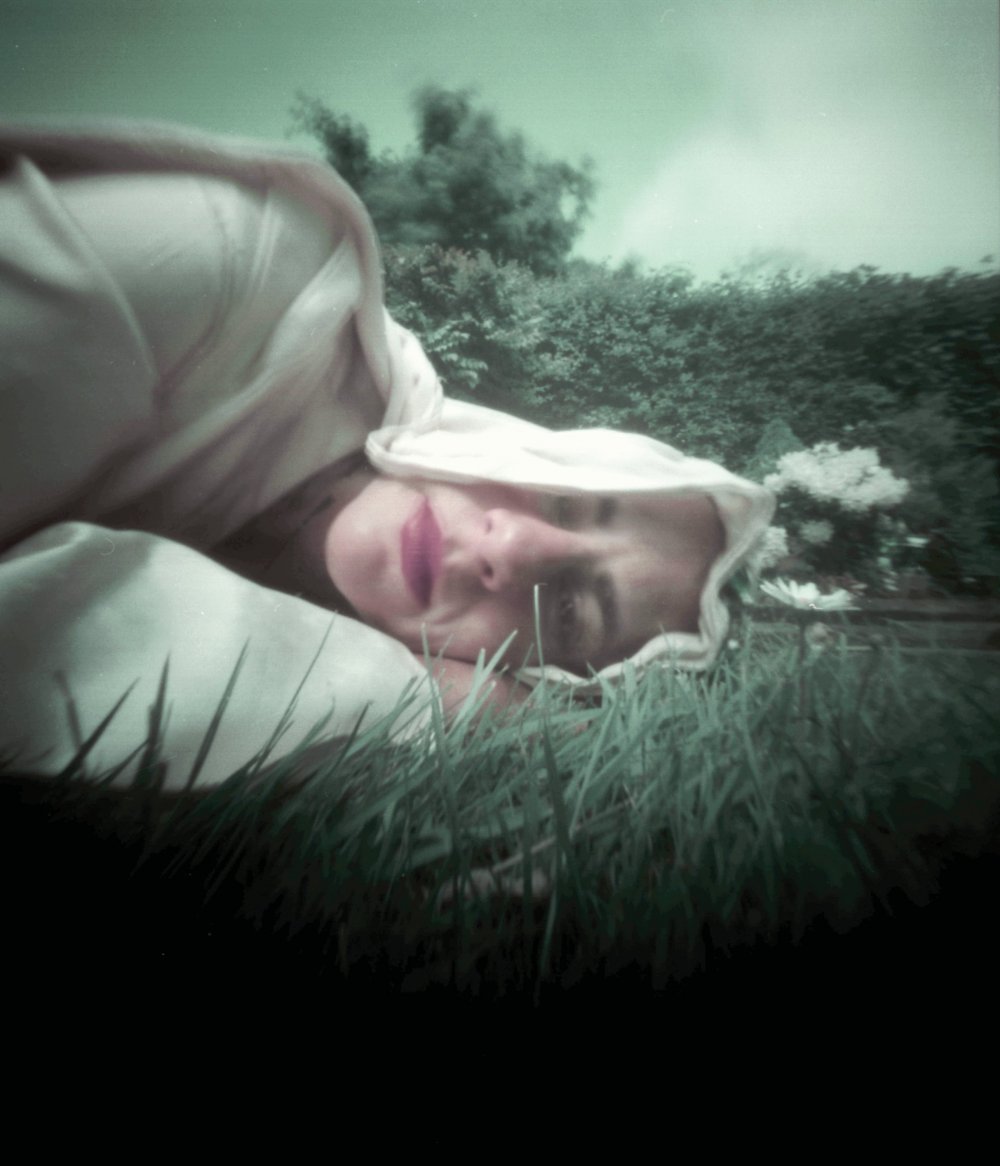 Amid widespread anxiety regarding departure from the European Union, an associated increase in hate crime and vocal racism and the dangling threat or promise of a second referendum on Scottish independence, the question of what constitutes a specifically English heritage – let alone how pride or pleasure might be sourced therein – is more fraught than ever. The iconography of bully boys and bulldogs, whether reclaimed ironically by Britpop artists in the 90s or played straight by members of the far-right English Defence League, is still most people’s top mental search result for ‘English identity’, and is swiftly rejected by many for its implications of racism, aggression and defiant small-mindedness. The converse position, fashionable among the youthful left and exemplified by the apocalyptic mockney melodramas of spoken-word star Kate Tempest, casts England as a bankrupt wasteland of filth, corruption and food banks, and shame as the sole justifiable response to its history.

A third way has long been available, however – one composed of reference points at once more fanciful and more scholarly. This is the approach to Englishness that considers the ancient to be alive and active in the modern; that foregrounds myths and legends, customs and rituals; that takes history as a palimpsest of personalities and stories rather than a linear catalogue of conquests to be lauded or lamented. The folk revival of the 1960s and 70s gave it pop-culture prominence; psychogeographic writers and filmmakers have in more recent decades made it a modish means by which to re-examine historical narratives.

Andrew Kötting’s likeably loopy and wayward pilgrimage in tribute to King Harold calls on both forms of address. An elfin, pure-voiced singer, Claudia Barton, embodies Harold’s handfasted wife, the Edith of the title; the veteran psychogeographer Iain Sinclair accompanies her and Kötting as they traverse the 80 miles from Waltham Abbey, where Harold is said to have been buried in 1066, to St Leonards, where a Victorian statue portrays him dead in Edith’s arms. 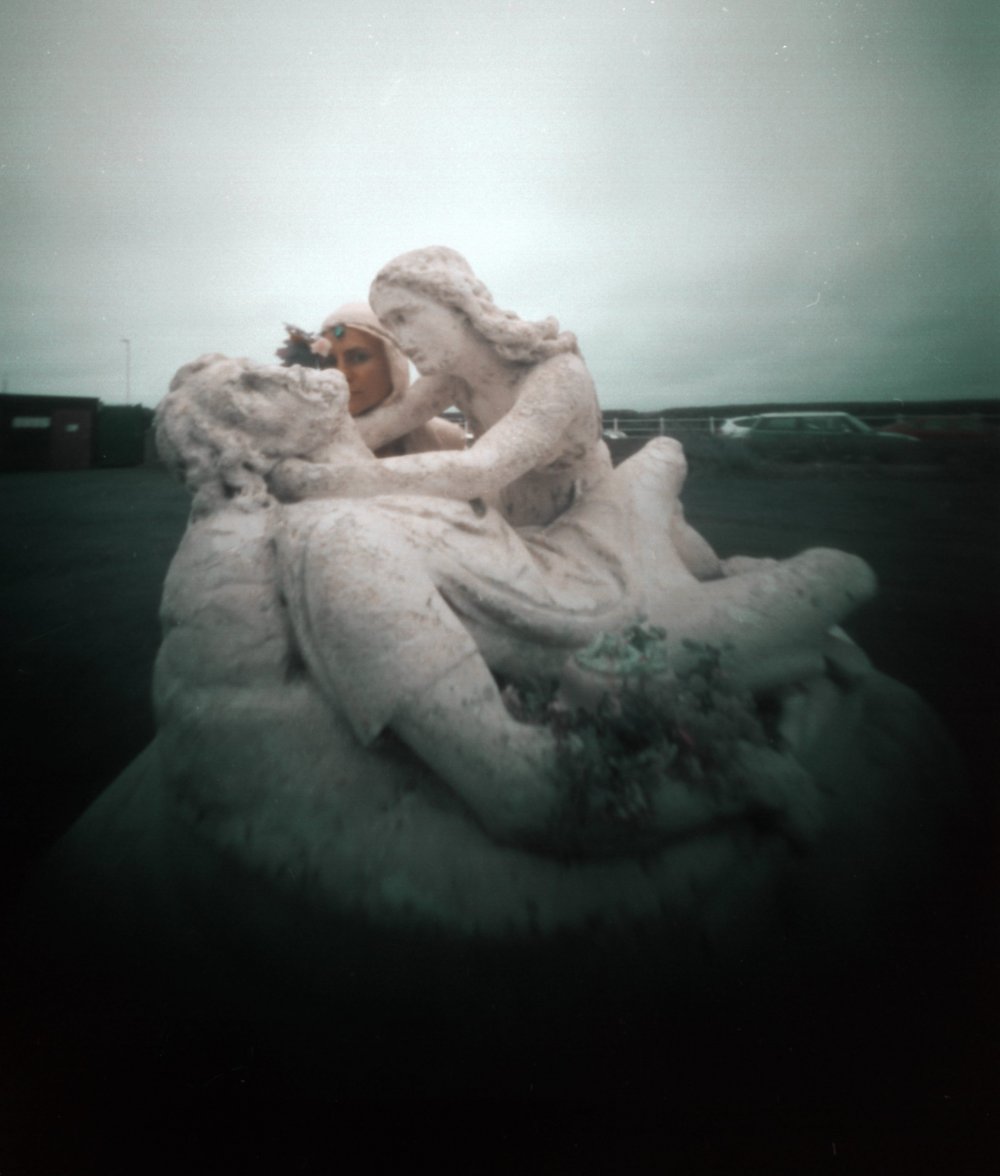 As Sinclair and the graphic novelist Alan Moore explain in the rambling conversation that punctuates scenes of the journey, some historians record Harold’s body having been dismembered and scattered to different parts of the country, and Edith to have aided in their collection for proper burial. It’s an irresistible metaphor for Sinclair, for whom it not only connects English mythology to still more ancient stories – “Edith becomes Isis, reassembling Osiris” – but suggests its own fragmentation and dispersal. Kötting, Sinclair and Barton are joined on their trek by musicians, mummers and a pinhole cameraman; lighthearted encounters with sheep, passers-by and police officers add local colour, while Ordnance Survey map references are noted on screen.

The film – referred to by its director as “a brief and incorrect reading of Edith Swan-Neck, King Harold and the Battle of Hastings” – is the result of a project commissioned by the Root 1066 festival held last year in East Sussex to mark the 950th anniversary of the Battle of Hastings. It cheerfully combines Kötting’s established interest in psychologically resonant personal journeys, landscape and land ownership, and his ongoing intellectual collaboration with Sinclair, with an acknowledgement both respectful and mischievous of the primacy of ‘1066 and all that’ in the English psyche.

Edith’s walk, and the meandering conversations that embroider it, is juxtaposed with footage unearthed by Kötting at Screen Archive South East of a 1966 project in which the Battle of Hastings was re-enacted by local schoolchildren. At once kookily innocent and macabre, this footage points up the enshrinement of certain historical events as indispensable linchpins of historical awareness, as well as calling to mind William Golding’s Lord of the Flies and Dennis Potter’s Blue Remembered Hills (1979) in its blurring of childhood play with adult brutality. Many of us engage with significant historical narratives most intensely as children, rarely to explore them again unless we grow up into history buffs. How does that mingling of play, fairytale and historiography inform our adult sense of heritage and nationality? Is our conception of historical events inherently immature? 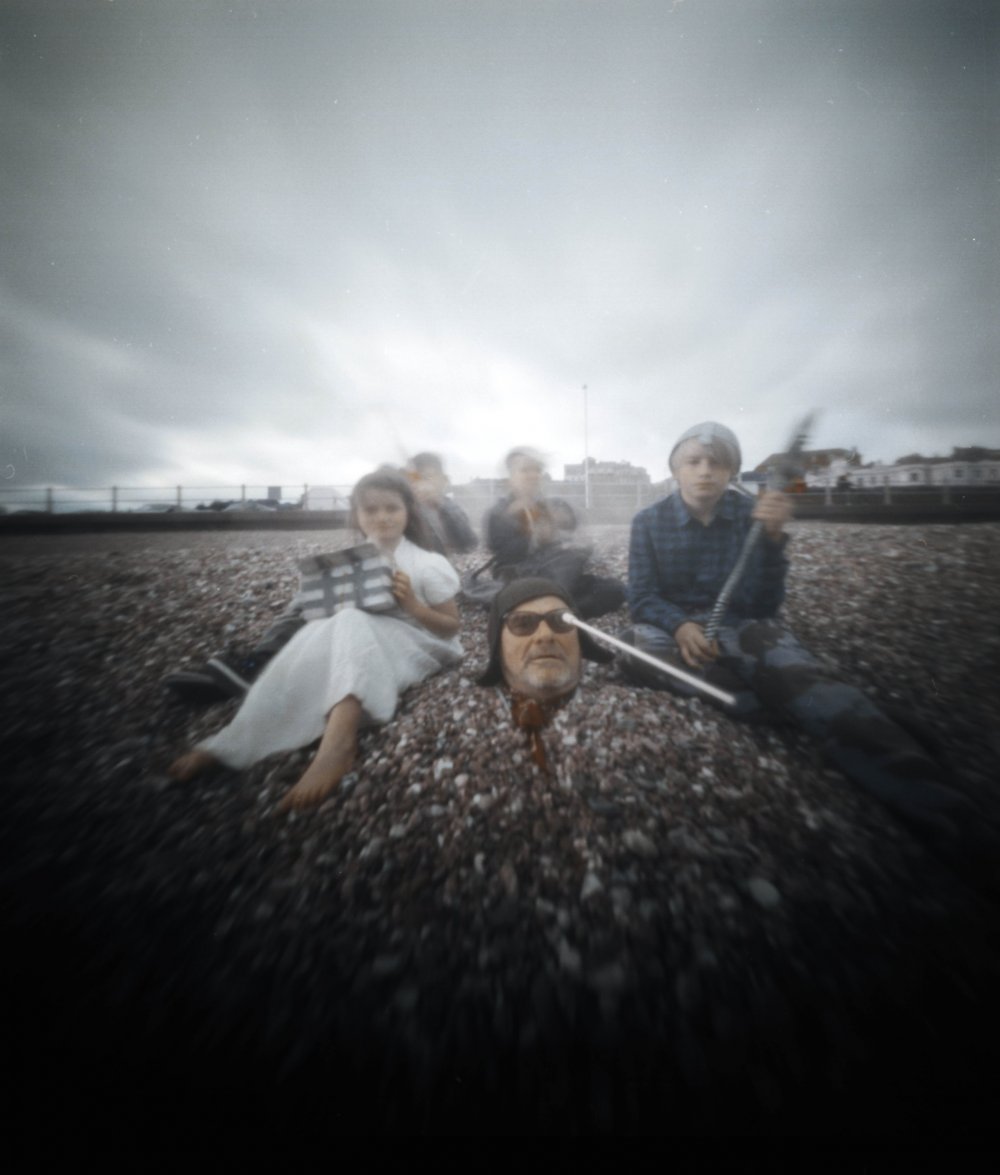 Not that Kötting is slighting of play or childishness. This whole project is in large part a lark; and it’s his mixing of fairly serious intellectual conjecture with guesswork, whimsy, jokes and gossip that gives it its approachability and life. “I like the idea of her being a little bit spiritual, and a little bit nut-nut,” says Barton of her character, Edith, and that’s a not-inaccurate sketch of the work in which she’s involved. Yet she’s also appropriately affronted on behalf of the woman she’s playing, at one point indignantly correcting her designation as Harold’s ‘mistress’ to ‘wife’, and noting to the cameras the injustices she seems to have suffered. “The Normans called her a whore. Her property went to William [the Conqueror] by 1068.”

Creating a flesh-and-blood Edith is a way of making real the pain one woman suffered, as well as an attempt at – in Sinclair’s confronting formation – “defending certain British values”. The same vague values that are trumpeted around Brexit, some defenders of which claim Harold as a symbol of lost Anglo-Saxon supremacy? It isn’t wholly clear, though in a delightful diary piece in a recent London Review of Books, Sinclair offered the following scrap of geeky conjecture: “According to the Dr Who Annual for 1985, Harold was cured of his wounds and took on the identity of Hereward the Wake, then to fight an eternal Nigel Farage crusade against benefit-scrounging invaders.” 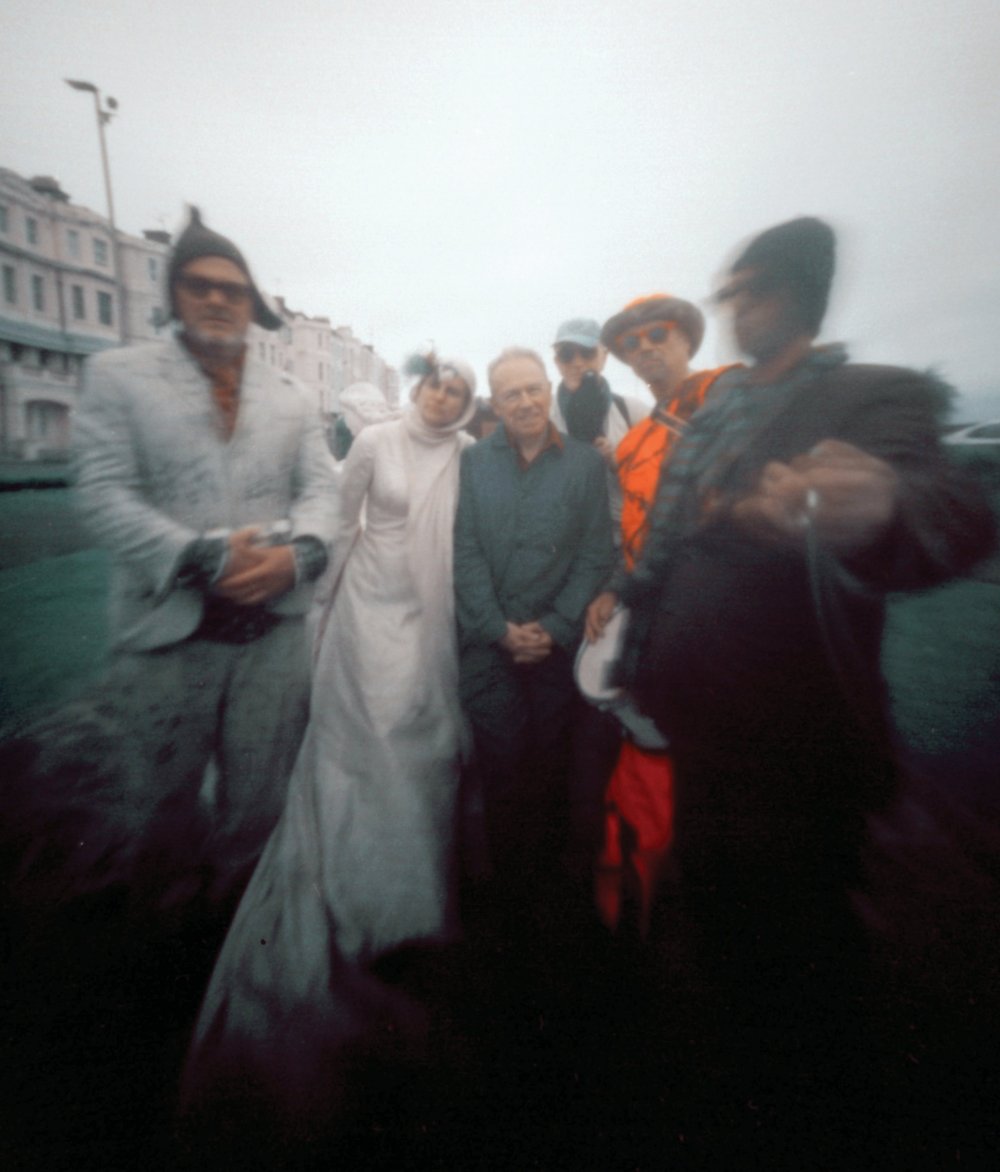 As Edith, Barton provides a good deal of the film’s charm, mystique and grit. She’s a great choice, partly because her unfamiliarity and somewhat otherworldly quality make it possible to accept her as an apparition. A presence at once warm and distant, earthy and archaically ladylike, she personifies the film’s contention that history and its cast of characters are permanently alive around us. Her persona combines disparate elements of historical glamour: her prettily clipped speaking voice evokes Audrey Hepburn; her sweet, swoopy, witty singing voice has everything in it from Weimar cabaret to 1960s girl groups; the wedding dress she trails in sand and mud evokes both Dickens’s bitter jiltee Miss Havisham and Tilda Swinton as the raging widow in Derek Jarman’s The Last of England (1987).

Jarman’s spirit seems to flicker at the edges of this work: for him, too, history was, as Sinclair puts it, “a solid”, its time periods entwined and commingled rather than overlapping, its dead still active among us. The fact that Barton’s role in the pageant is characterised by Sinclair as “torch singer”, and the lyrics she intones frequently concerned with the weather, specifically calls to mind Elizabeth Welch’s performance of Stormy Weather in The Tempest (1979). Kötting’s film seems to position itself not so much as a stand-alone statement but as a part of a conversation.

Indeed, his daughter Eden has created a whole show of film, collage and painting inspired by Edith Walks called Forgotten the Queen. Her short of the same title, being screened along with this feature, is perhaps more angry on Edith’s behalf than her father’s film appears to be: in childish drawings, animation and snippets of dialogue, it explores the under-recorded influence of women such as Edith on the fates of kings and nations.

Kötting’s project here shares something with Aleksandr Sokurov’s Russian Ark (2002) – not its technical precision or vast cast of characters, but its exhortation that we might feel the past as something vivid and still influential rather than dead and buried, and might mourn its figures as suffering individuals without turning them into icons or fetishes. It might not have that film’s sense of shuddering completeness – of a dramatic gesture made and a door slammed closed again – but since the open-endedness of things is part of the very point it makes, that’s wholly appropriate. Here, the stitches on the tapestry are unpicked and the threads left hanging.