Patrick Keiller’s reworking of his Robinson trilogy as an installation at Tate Britain is a study of British industry’s own uncanny vanishing act. Henry K Miller sees the artist update his beloved Humphrey Jennings – again. 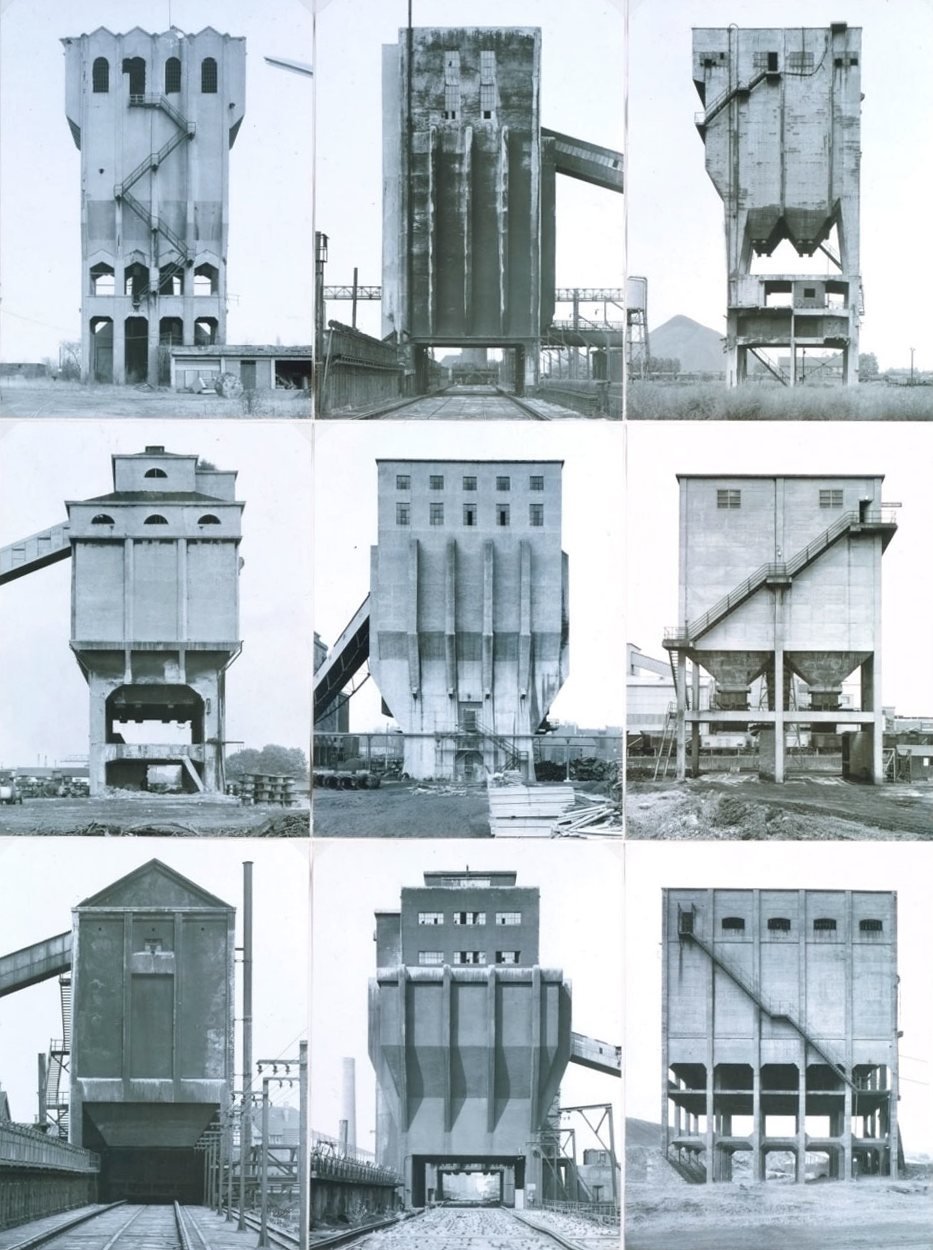 Patrick Keiller first saw Humphrey Jennings’s Listen to Britain (1942) in one of Raymond Durgnat’s classes at the Royal College of Art in 1981. During a second viewing he made a complete shot list. “Before the film was over,” he has written, “I had resolved to try to make a Listen to Britain for the 1980s.”

Anatomising discord where Jennings found harmony, Keiller’s first full-length film London (1994), a chronicle of the city after that decade had run its course, was the result. Keiller’s new exhibition ‘The Robinson Institute’, which reworks elements of the ‘Robinson’ trilogy, London, Robinson in Space (1997) and Robinson in Ruins (2010), in the Duveen Galleries of Tate Britain, substituting art-works and objects for citations and allusions, bears a similarly familial resemblance to another Jennings project, ‘Pandaemonium’.

Though a book of that name, a compendium of fragments subtitled “The Coming of the Machine as seen by contemporary observers”, eventually appeared in 1985, long after Jennings’s death, the idea was first made manifest as an exhibition, ‘The Impact of Machines’, at the London Gallery in Cork Street, run by the Belgian Surrealist E.L.T. Mesens, in July 1938. Jennings, then employed by the GPO Film Unit, juxtaposed images of machines, particularly railway engines, romantic, humorous and practical, with a selection of works by De Chirico, Duchamp, Magritte, and others, under the heading ‘Impact on Modern Painting’. Courtesy of his fellow documentarist Arthur Elton, there was also a section of an internal combustion engine on display. The catalogue, published in Mesens’s London Bulletin, contained a preview of the book Jennings never finished.

Like ‘Pandaemonium’, ‘The Robinson Institute’ is absorbed, with one exception, in Jennings’s “ancient and bitter problems of art and Marxism, and working-class poetry and poetry and science”. Keiller, like Jennings, uses the establishment of the Royal Society in 1660 to mark the origin of the Industrial Revolution, and the transference from what Jennings’s Cambridge tutor I.A. Richards, in his book Science and Poetry, called the Magical View of the world to the scientific.

As with ‘Pandaemonium’, and as with ‘The Impact of Machines’, the ‘Institute’s’ organising principle is montage: the ‘Swing Riots’ of 1830 are represented by a threshing machine of the kind agricultural labourers destroyed in their hundreds, by a canvas by Turner and, in vestigial tribute to the Magical View, by a meteorite that fell, portentously, in the same year. By the same associative logic, Bryan Kneale’s gleaming sculpture Marina, placed in proximity to documentation on the Blue Streak weapons system and a monitor showing his brother Nigel Kneale’s Quatermass 2 (1957), is made to suggest a cross-section of a futuristic missile.

The exhibition reaches a point of maximum involution with Eduardo Paolozzi and Nigel Henderson’s Untitled (Study for Parallel of Life and Art), a montage within a montage consisting of two parallel rows of images, like film strips, but with odd, uneven photographs, from life and from Paolozzi’s work, instead of frames. There are personal touches, too: Keiller’s own 1970s paperback of Borges next to an original 1762 volume of Tristram Shandy, whose author Laurence Sterne was credited, in London, with the discovery of cinema (though he was paraphrasing Locke):

“the succession of ideas, which follow and succeed each other in our minds like the images on the inside of a lantern, turned round by the heat of a candle.”

Montage, as Sergei Eisenstein wrote in 1939, “is not in the least a circumstance peculiar to the cinema, but is a phenomenon invariably met with in all cases where we have to deal with juxtaposition of two facts, two phenomena, two objects.” It was through the cinema, however, that it became an aesthetic axiom for Jennings’s generation, and more particularly through Soviet films like Viktor Turin’s Turksib (1929) and Eisenstein’s own The General Line (1929) which extolled rapid industrialisation, the triumph of the new and scientific over the old and the magical. The association between montage and the machine was more than incidental – speed was a part of it – and it was carried over into the documentarists’ depictions of ‘Industrial Britain’ in the 1930s. Jennings himself, however, though a maven of montage, was ambivalent about the machine.

‘Pandaemonium’ cites Marx just once, on what he considered the imperative to produce, and its place in the montage is telling: between a passage from R. Angus Smith, published in 1872, on acid rain (his coinage), and a description of the physical deformities which beset labourers, especially child labourers, in a Black Country brickworks. Yet Jennings, whose wartime letters are full of references to the “final meeting of intellectual and worker”, retained some hope that Pandaemonium might be “transformed into Jerusalem”.

In Keiller that hope has atrophied; his intellectual narrators have little to do with workers, nor with working-class poetry. In London it is readily accepted that the world Jennings described in The Family Portrait (1950), “all wharves, cranes, warehouse, imports, exports”, has gone. In Robinson in Space, however, comes the admission that:

“Those of us aesthetes who view the passing of the visible industrial economy with regret, and who long for an authenticity of appearance based on manufacturing and innovative modern design, are inclined to view this English culture as a bizarre and damaging anachronism, but if so, it is not an unsuccessful one.”

It is from that line that the later films, and ‘The Robinson Institute’, take their cue, seeking out what has replaced the “visible” industries of Jennings’s day: docks without dockers, massive distribution centres, steel foundries that “employ hardly any people”. Graham Sutherland’s Neo-Romantic Entrance to a Lane is put alongside a photograph of the self-effacing entrance to a fuel pipeline depot near Islip; maps of the network festoon the place. Paul Nash’s Totes Meer (Dead Sea) meanwhile is an impression of broken-up German warplanes piled up at the Morris car plant in Cowley, a site now occupied – as viewers of Robinson in Space may recall – by the Oxford Business Park, home to companies including Centrica, Vodafone and Genzyme, and typical of the interstitial zones which are, after all, far from invisible to those who work there.

In a BBC talk broadcast just a few days before ‘The Impact of Machines’ opened, Jennings, paraphrasing I.A. Richards, said that one imaginative consequence of the Industrial Revolution had been “pride in the conquest of nature”, the assumption that “with all our science we’ve conquered nature and grown into adults, and that now there’s no necessity for us to indulge in any curious primitive practices.”

It fell to the poet, he went on, “to start with the thing that’s produced this pride – a steamship or a train – and relate that to the unexplored mysteries that I’ve been suggesting.” This has been Keiller’s role, too, but with the curious rider that some of the familiar things he starts with, “the things that the community knows about”, have come to be equally unexplored.