Film of the week: The Levelling unearths secrets from a sodden landscape 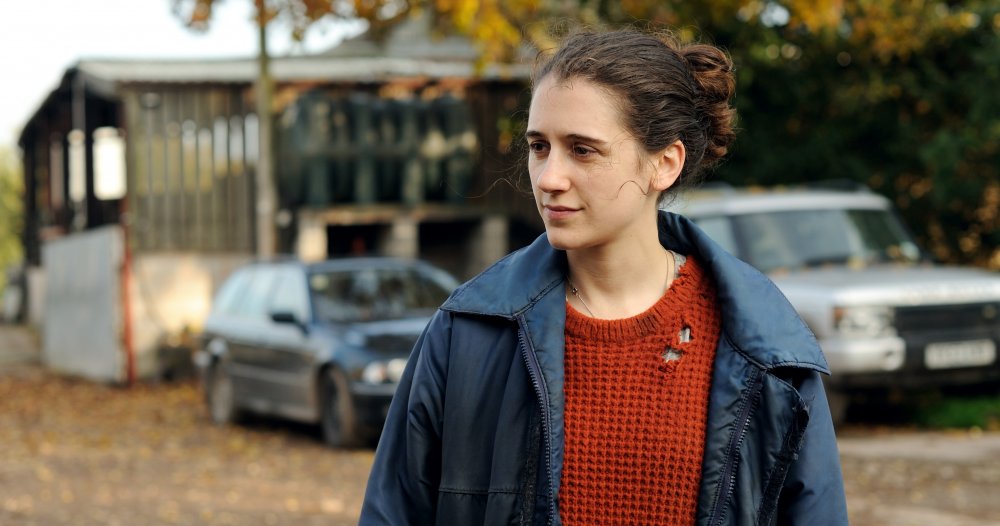 “I’m not feeling guilt. I wasn’t even here.”

So says Clover Catto (Ellie Kendrick, Meera Reed in Game of Thrones) to the local vicar in a rural community, as arrangements are made for the funeral of her younger brother Harry (played, in flashback, by Joe Blakemore). Clover was not there when Harry put a shotgun in his mouth a few days before, or when the family farm, along with the whole area, was flooded earlier that year (it is 2014, when the Somerset Levels were severely inundated), or even when her mother died further back in the past. Now temporarily returned from her veterinary studies to bury Harry, Clover must pick up the pieces with her ex-military father Aubrey (David Troughton) – “not the easiest dad in the world”, as Harry’s friend James (Jack Holden) says, with considerable understatement.

The assured feature debut of writer-director Hope Dickson Leach (assistant to Todd Solondz on 2004’s Palindromes and writer-director of several shorts, including 2006’s award-winning The Dawn Chorus), The Levelling is a film marked by absences. Clover, her mother and Harry have all, in one way or another, departed the Catto household, and even Aubrey has had to vacate the flooded premises to live in an adjacent caravan. The farmhouse, now empty of people and still bearing the damage of the recent deluge, is a vivid symbol of the family’s devastation in the wake of overwhelming circumstances.

It is also a place where the past, whether recent or distant, forms layers of persistence. Leftovers from the party at which Harry died have stayed scattered all over the courtyard. Both Clover’s and Harry’s decorated bedrooms remain shrines to their adolescence.

Significantly, in Clover’s old room there is a poster of a hare fixed prominently over her bed, an icon of animal identification from her teenage past. Indeed, the film’s family drama is occasionally punctuated by interstitial scenes of a hare (shot in beautiful subaqueous close-up) straining to ford a river in spate – another symbol of the Cattos’ struggle to keep their heads above water. The walls and floor of the bathroom where Harry blew his brains out are – as Clover discovers to her horror – still splashed with his bloody paint. Downstairs in the kitchen, the signs of the final desperate actions that Harry both initiated and aborted on the night he took his life are still spilt all over the floor.

The attic is a repository of older memories: letters from Clover’s unhappy time at boarding school, in which her difficult relationship with Aubrey is already being spelt out; and, from years before that, certificates from Aubrey’s own military history, before he settled down to make his own family on the farm that was his inheritance. As Clover explores the waterlogged ground floor and the living quarters above, she is also uncovering a residue-smeared chronicle of the Catto clan, and of its damp dissolution. There are hidden secrets here – or, more specifically, buried badgers – and a substrate of evidence, gradually unearthed by the grieving Clover, pointing to an unravelling situation that might have been better served by her presence than by her absence. 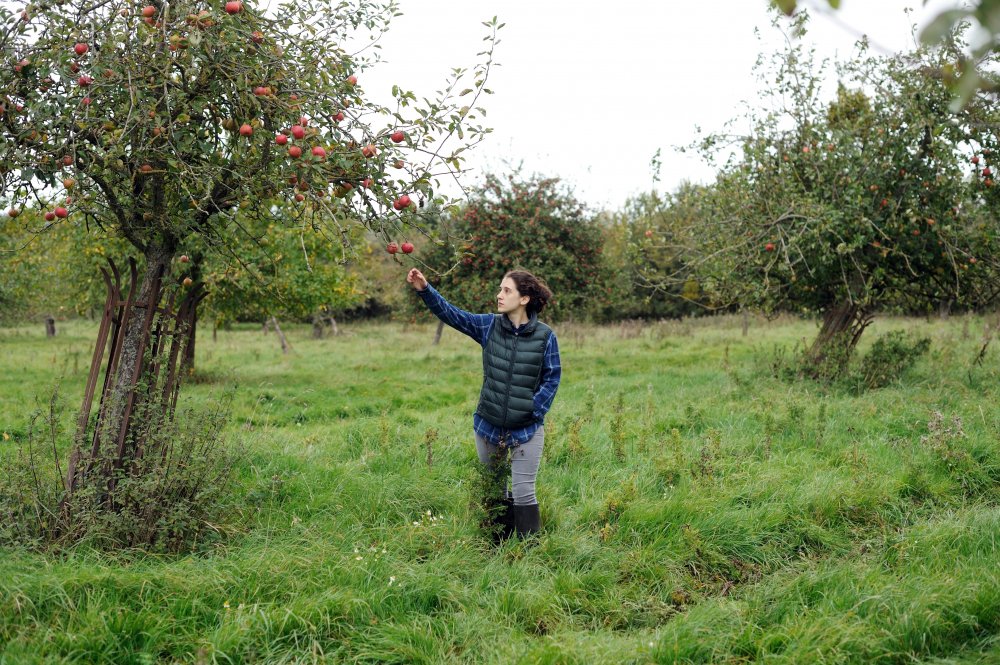 In the lead-up to Harry’s funeral, after which she intends to leave once more, Clover helps to put the farm back in order, mucking in alongside Aubrey or James, or working alone. It is in these scenes that we see Clover’s drive, efficiency and independence, as she gets things done without fuss or complaint. There is an implicit contrast here with Harry, altogether less capable than his sister and very much in over his head as problems (flooding, disease) beleaguered the farm. “Don’t be such a girl!” Aubrey barks at James in heavily gendered language (and right in front of Clover), when the young man at first turns down the offer of a lunchtime drink.

The strutting lord of his own Cold Comfort Farm, Aubrey may embody all the familiar characteristics of blustering patriarchy, but in fact in these muddy fields there is little strict observance of gender norms. It emerges that it was Aubrey’s mother, rather than his father, who ran the farm before he did (and with a similar iron fist), and that Clover has always been “the born farmer”, while her brother was “soft”.

The only task that Clover is reluctant to carry out – though carry it out she does, spurred on by Aubrey’s sly suggestion that he could instead “get one of the boys to do it” – is to cull a newborn calf (against her animal-loving principles). This act represents the moment when Clover is forced to recognise what Aubrey has long since known from the many losses he has had to suffer quietly, and from which Clover has to a degree been sequestered: that death, the great leveller, is an unavoidable part of (farm) life. Yet what makes the act even more complicated in symbolic terms is that the calf has to be killed precisely because it is male, and therefore of no value in a herd of milking cows – and that Clover shoots it with the same rifle that Harry had used to kill himself.

Set in a landscape of rivers being dredged and pastures full of puddles, The Levelling may appear to be centred on water, but in its impressionistic prologue – confusing, even frightening glimpses of the nocturnal feast at which Harry eventually kills himself – the focus is instead on fire, be it the coals over which drunken revellers walk or the lit torches they carry. Fire will return, when Clover incinerates the dead calf, and when she leads James inside the house with a lit firebrand (and the threat of more incendiary revelations left there by Harry).

This elemental clash of fire and water offsets a scenario in which Harry’s passions contrast with the cool heads of his father and sister, neither of whom is given to fiery expressions of emotion. Indeed, both Kendrick and Troughton give performances of careful, subtle containment. Even as she weeps (something she is doing from her very first scene), Clover keeps insisting that “it’s fine”, while Aubrey brusquely soldiers on with the day-to-day operations of his farm, even as it is obvious that both it and he are wrecks. There was flooding here, to be sure, but emotional effusions are dammed up. 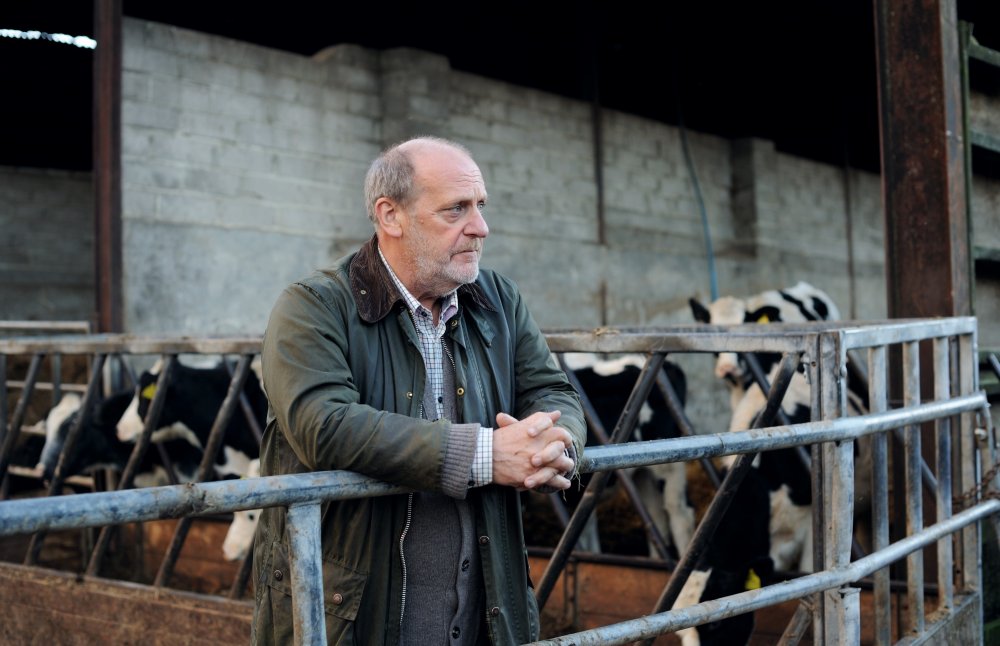 “Can you make it my dad instead of my brother?” snaps Clover near the beginning of The Levelling, when asked by a sympathetic local if there is anything he can do. Clover’s dysfunctional bond with her father – whom, at least until the very final scene, she addresses by his forename rather than any affectionate term of kinship – is at the heart of the film.

Their endless frictions – his gruffness and bumblingly casual misogyny (and obvious wish that she were a son), her aloofness and vegetarianism (on a cattle farm) – conceal more striking similarities between them. She, like him, is hard-working, stubborn, undemonstrative, no-nonsense – and as they try to negotiate between them whether Clover left home of her own accord or was pushed out by Aubrey, and which of them was more to blame for Harry’s death, Clover comes finally to realise her place in the family farm.

The tensions rise, until eventually the barriers break and the emotions – chiefly despair and a deep-flowing love – come flooding. This precisely and powerfully modulated climax lets the presence of talented new British filmmaker Dickson Leach be fully felt.

Hope Dickson Leach, director of The Levelling, talks countryside, the middle classes and combining filmmaking with parenthood. By Leigh Singer.

Related to Film of the week: The Levelling unearths secrets from a sodden landscape