Film of the week: Camille Claudel 1915 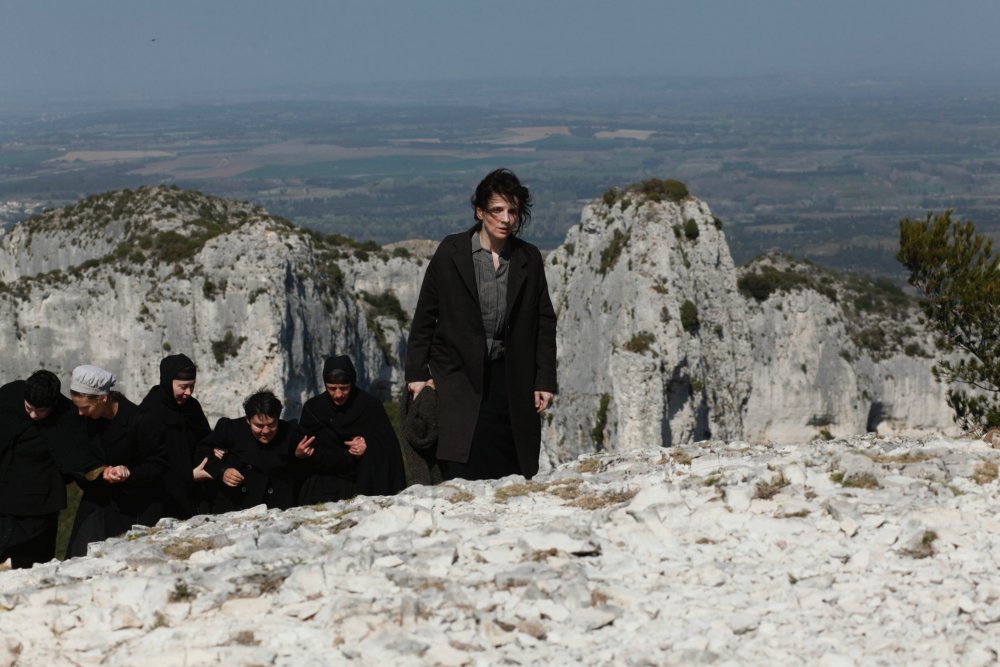 Camille Claudel 1915 depicts three days in the life of the sculptor when she was a virtual prisoner at the Mistral-whipped Montdevergues asylum in Montfavet, in south-eastern France. It thus continues two years after Bruno Nuytten’s Camille Claudel (1988) concluded with images of Camille peering through the window bars of a van carrying her to the Ville-Evrard psychiatric hospital east of Paris – consigned there by her mother and brother Paul – and a photograph of her taken at Montdevergues in March 1929 when she was 65. Whereas Nuytten’s film was a floridly melodramatic (if watchable) showcase for Isabelle Adjani at her most passionate, this later history of Claudel, which stars Juliette Binoche, is spare, harsh and minimalistic, as one would expect from Bruno Dumont.

Dumont being Dumont, however, his probing of Camille’s purgatory in middle age does not lack for what some observers might regard as a typical shock tactic. Whereas his La vie de Jésus (1997), L’Humanité (1999), Twentynine Palms (2003) and Flandres (2006) viscerally depict sex – both as a subject of mystery and as a weapon men use against women – Camille Claudel 1915 actualises the flailings of the mind. To replicate the cruelty of Camille’s incarceration and her suffering and endurance as a fully conscious asylum inmate, Dumont filmed Binoche acting with real psychiatric patients, several of whom are intellectually and physically disabled women, others psychotic.

Although such ‘casting‘ raises the issue of whether it is ethical to film the mentally ill for purposes unconnected with their welfare, Dumont’s approach is more compassionate than exploitative. It also draws attention to the heartlessness of status-minded families who regard afflicted relatives as stains to be concealed. The glimmers of empathy between Camille and the childlike Mademoiselle Lucas (Alexandra Lucas), in particular, emphasise the callousness and self-absorption of Camille’s religiose brother Paul and, by extension, the entire bourgeois Claudel clan, who had been scandalised by the sculptor’s bohemianism and destructive extramarital affair with Auguste Rodin. 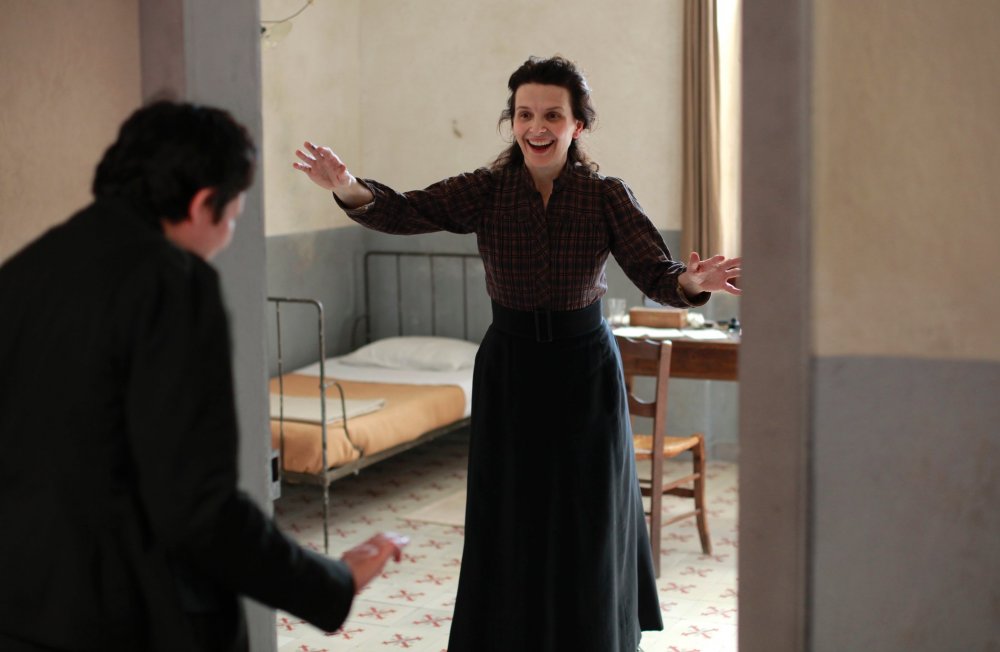 Although Camille spurns Mademoiselle Lucas on one occasion, at other times she carefully guides her along the asylum’s stone arcades, and thanks her for bringing her a message. In the film’s most tender moment, Mademoiselle Lucas, sitting behind Camille in an auditorium where patients are stumblingly rehearsing Don Juan, reaches out to her, as if she has gleaned that the play concerns love (it also triggers Camille’s memories of serial womaniser Rodin, and a sobbing fit). Yet when Camille runs to hug Paul on his arrival – her hair decorated with wild flowers for the occasion – the sanctimonious man of God reacts with stiffness bordering on revulsion. His judgement of her – “God allows for experience, Camille. He allows for us to fall into sin to confirm the secrets of his wisdom,” adapted from Job 11:6 – ignores her humanity.

Another of his epigrams – “Everything is a parable” – is closer to the mark. Camille works on an ink sketch of a tree and starts to mould a small figure in one hand. She quickly gives up on both, sensing that they are futile endeavours. Intensely conveyed by Binoche, the wretchedness engendered by Camille’s withdrawal from art – her ultimate sacrifice – approximates the transfigurative torment evinced by Falconetti in Carl Dreyer’s The Passion of Joan of Arc (1928), though in Camille’s case it precedes not death but a serene acceptance of her fate. Conversely, Paul’s use of religion to boost his ego suggests that his mystical rhetoric is hollow. In keeping with Dumont’s atheism, the film can be read as a parable of holy martyrdom in which the true faith is art. 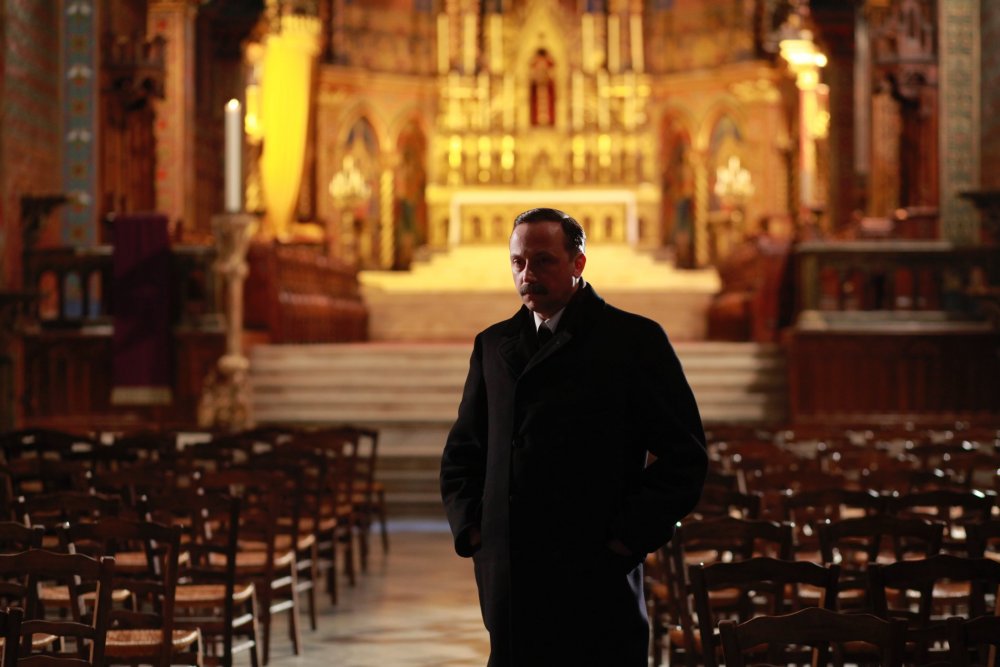 It is also a feminist discourse, Camille being the victim of the censorious patriarchalism embodied by Paul, who represents both the Church and (as a career diplomat) the state. More culpable for her psychological distress is Rodin – the invisible elephant in the room – whose refusal to leave his long-time partner Rose Beuret for his “ferocious” mistress caused her breakdown. He had clearly displaced her late supportive father in her unresolved Electra complex, but the Camille in Dumont’s film has conveniently sublimated his sexual role. Instead, she sees him as a “diabolical mind”, whose imperative was to steal her studio and ideas because “he was afraid I’d become greater than him in his lifetime”. If Dumont errs in having her protest, anachronistically, about “female exploitation”, making her insecurity as a virtuosic sculptor the fount of her anguish aligns with the director’s insistence on art as the source of spirituality. 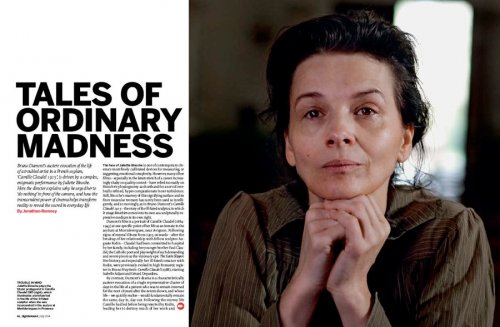 Bruno Dumont’s austere evocation of the life of a troubled artist in a French asylum, Camille Claudel 1915, is driven by a complex, enigmatic performance by Juliette Binoche. Here the director explains why he urged her to ‘do nothing’ in front of the camera, and how the transcendent power of cinema helps transform reality to reveal the sacred in everyday life. By Jonathan Romney.

Related to Film of the week: Camille Claudel 1915