God’s Own Country review: a British Brokeback – but better?

Making rich use of its hostile elements, Francis Lee’s Yorkshire Dales-set drama of sexual repression and isolation is an impressively accomplished debut for the actor-turned-director. 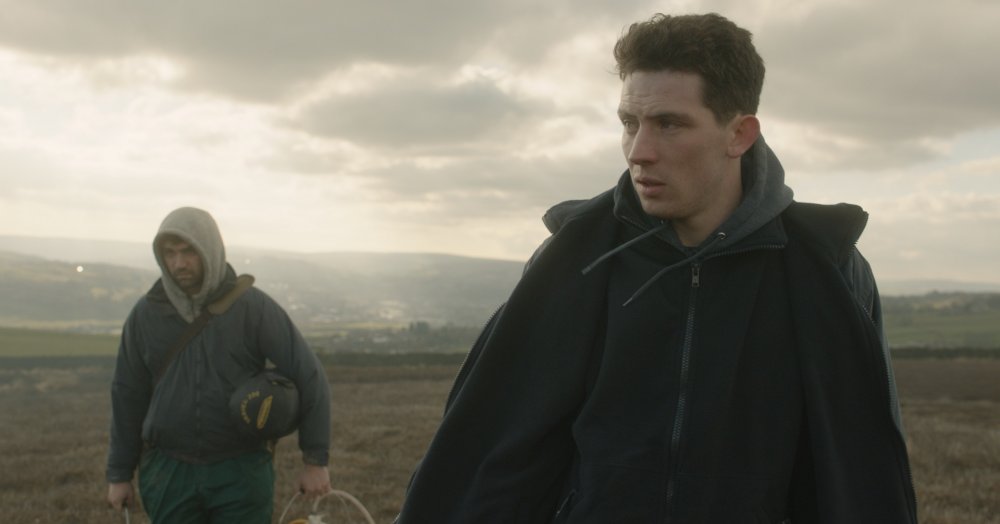 Josh O’Connor delivers a star-making turn as Johnny Saxby, a young man who’s been struggling to run his family’s remote Yorkshire farm since his taciturn father Martin (Ian Hart) was incapacitated by a stroke. Johnny has come to terms with his sexuality to the extent that he’ll indulge in the odd spot of discreet cottaging, but we see him virtually recoil in horror when one of his hookups innocuously suggests going for a pint. Presumably in a bid to keep a lid on his self-loathing, he spends his evenings drinking himself into oblivion, invariably rendering himself unfit for work the following morning, to the exasperation of his grandmother Deidre (Gemma Jones). Leaving little to the imagination when it comes to the graphic realities of livestock farming, Lee wryly demonstrates that Johnny’s is decidedly not the kind of job that should be tackled whilst nursing a stinking hangover. Family downtime is a comically miserable affair, with all three participants perpetually seething with unspoken resentment and frustration.

Into this gloomy picture steps Gheorghe (Alec Secareanu), a Romanian migrant worker hired to provide Johnny with much-needed assistance during lambing season. While he’s sufficiently stoic and sober to win the tacit approval of Martin and Deidre, he also possesses a warmth and optimism that Johnny finds impossible to resist. Yet as their secret relationship blossoms, and as Johnny’s unappealing prickliness begins to dissipate, it’s hard to shake the feeling that this is all going to end horribly. This is largely down to the ominously bleak backdrop against which the affair unfolds – Lee and cinematographer Joshua James Richards evoke an untamed world of pummelling rain and eerie, mist-strewn wilderness, in stark contrast to the sun-dappled rolling hills of that other fine Dales-set same-sex romance, Pawel Pawlikowski’s My Summer of Love.

The sense of impending doom is further accentuated by overt references to Ang Lee’s tragic Brokeback Mountain, from the animalistic urgency of the sex scenes to the way in which one partner sentimentally clings to the other’s left-behind sweater as a source of comfort. Shot last year in the lead-up to the UK’s EU Referendum, the film also elegantly expresses anxieties about the prospect of a more isolationist Britain. As the Saxbys cling stubbornly to outmoded traditions, and treat Gheorghe’s suggestions for improving business with suspicion, their farm teeters precariously on the brink of ruin.

But things aren’t quite as grim up north as they may seem. The great pleasure of God’s Own Country lies in its gentle subversion of queer cinema tropes. In a deft act of wilful misdirection, Lee orchestrates a sequence in which Deidre seemingly reacts to the revelation of the boys’ relationship with the anguished waterworks one might condescendingly expect from a countryside-dwelling pensioner. But moments later it becomes apparent that she’s upset about something else entirely – her actual response to her grandson’s dark secret is one of nonchalant acceptance. As it transpires that Johnny faces fewer obstacles to happiness than he evidently feared, Lee calmly builds to an emotional payoff that’s all the more satisfying for its simplicity and restraint. This is one of the most assured, fully-formed British debuts of recent years.

Related to God’s Own Country review: a British Brokeback – but better?