Film of the week: Love Is Strange

Ira Sachs gives the comedy of remarriage a modern-day refresh with this warm, wise story of a newly vagrant gay couple in New York. 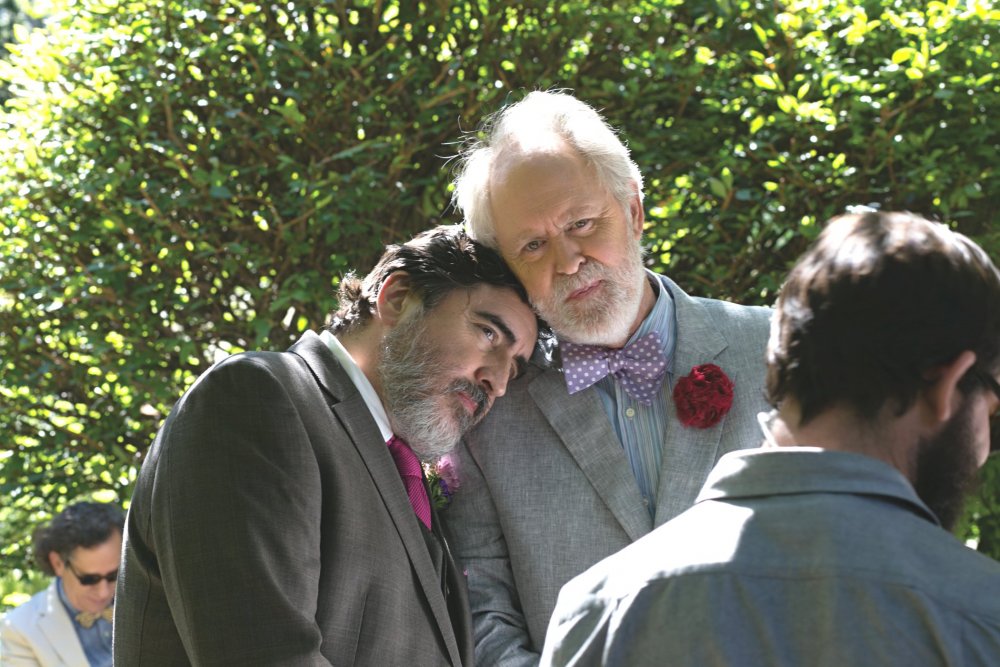 Writer-director Ira Sachs continues his semi-autobiographical streak after the career highlight of Keep the Lights On (2012). Love Is Strange is a perfectly poised 90-minute portrait of an ageing gay couple who find themselves not so much thrown out of their own apartment as thrown out of their own lives. Unlike the drug-addled obsessions of Keep the Lights On, however, this is a film you could take your grandparents to see, in the nicest possible sense of that proposition.

Ben (John Lithgow) and George (Alfred Molina) are a couple who have been together for decades. At the beginning of the film they get married, and it’s a communal and celebratory Manhattan affair: the reception at their modest apartment is full of love, with friends and family telling them what an inspiration they are.

But because of this public declaration, George finds that he has fallen foul of his conditions of employment at the conservative Catholic college where he is a music teacher, and is summarily sacked. He and Ben can no longer afford to live where they do. They sell up, get almost nothing in cash terms, and have to stay with different households.

There then follows a painful portrait of Ben living with his nephew and family, and George perching in the apartment of some gay cop neighbours, whose late-night socialising means he can’t go to bed on the couch. Forlorn telephone conversations follow. “Sometimes when you live with people you know them better than you care to,” observes Ben. 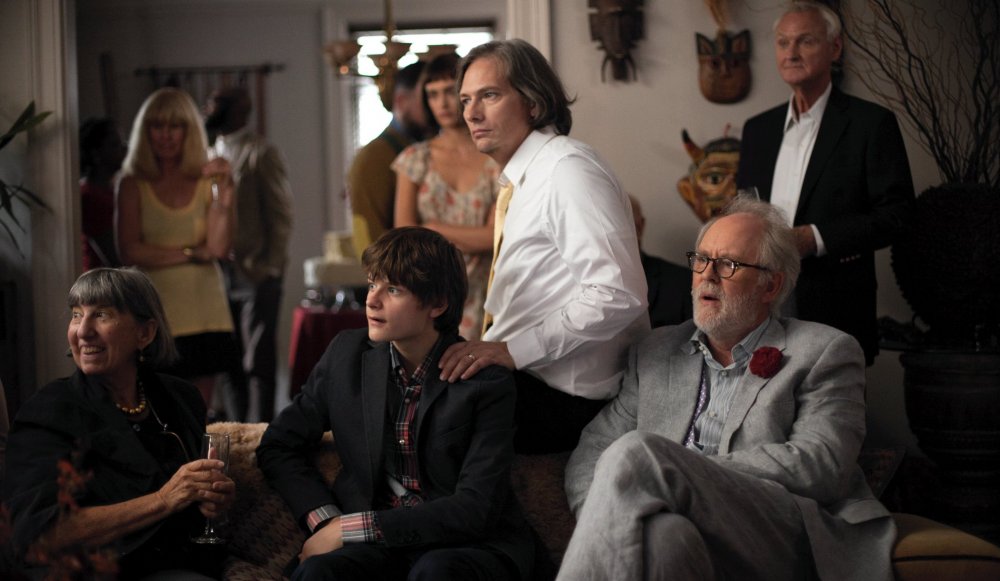 Lithgow and Molina have known each other for years, and fall easily into a sense of advanced brotherliness that is entirely convincing. But this is really Lithgow’s film and we dwell most in his company; his Ben is a penniless artist (apparently based on someone known to Sachs) with a good heart, albeit one riddled with cardiovascular disease.

His gentle mentoring of Joey, the teenager he is obliged to share a room with, is one of the film’s focus points; the boy is played by Charlie Tahan, who was Zac Efron’s ghostly brother in Charlie St Cloud (2010) and, more amusingly, Victor in Frankenweenie (2012). Joey is a grumpy teen who can spout a touch of unthinking homophobia – he hates Ben occupying his room; and he disapproves when Ben, returning to art as an escape and as an affirmation of who he is, paints a portrait of his friend Vlad on the roof.

The film’s colours are warm and summery, and the music plays a central part, from the Chopin piano at the start to the lessons conducted by George: one very precise scene in which he teaches a little girl seems to unlock his own voice – in voiceover he reads a letter about tolerance to the parents of the school. The editing is crisp and spare without being brutal, and serves best purpose, removing a whole skein of unnecessary detail without harming the emotional core of the story. 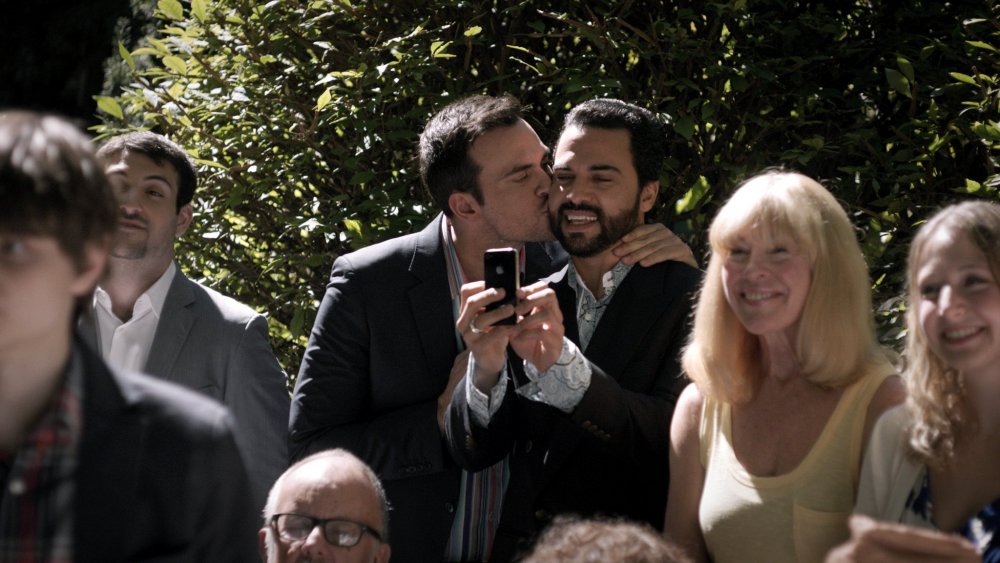 Interestingly, Sachs has talked about this film as a kind of comedy, and there are gently funny scenes, such as when the couple pretend to be Stonewall veterans and get free drinks in a bar; there’s a deft cinephile mix of the personal and a tribute to 1940s ‘married then separated’ movies such as The Philadelphia Story.

Sachs has also talked of it as a film about education “with a small ‘e’”. That seems most evident in the ultimately benign and helpful effect Ben has on George. Sachs, who has recently married his long-term partner and lives in Manhattan, has based some of the film on real-life characters – the gay cops, for example – and real places he has recently got to know, such as the city’s small public parks.

There are so many good things about this film. It’s a Manhattan romance. It’s a love letter to the rapidly vanishing bohemian and artistic milieu of New York, now priced out of town. It’s a wise description of the ‘make your own family’ culture of some modern lives. It’s a gentle anatomy of the horrors of outstaying your welcome, of being poor, sick and old. And it’s simply one of the best films about a long-term gay relationship ever made.

Most of all it’s a film about love – love that’s a little frayed around the edges sometimes but straightforward, funny and true. 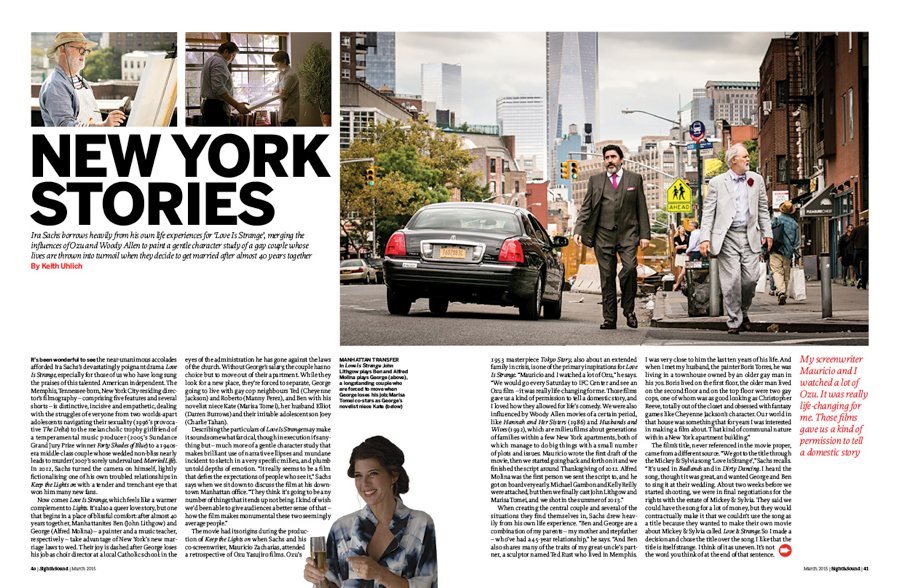 Ira Sachs borrows heavily from his own life experiences for Love Is Strange, merging the influences of Ozu and Woody Allen to paint a gentle character study of a gay couple whose lives are thrown into turmoil when they decide to get married after almost 40 years together. By Keith Uhlich.

+ Tales from the golden age

Although cinema has traditionally sidelined narratives about older LGBT people, there has been a notable increase in such stories lately, reflecting a range of recent cultural shifts. By Ben Walters.

Related to Film of the week: Love Is Strange