Two decades after the florescence of the New Queer Cinema, TV brings us sex-positivity on demand. 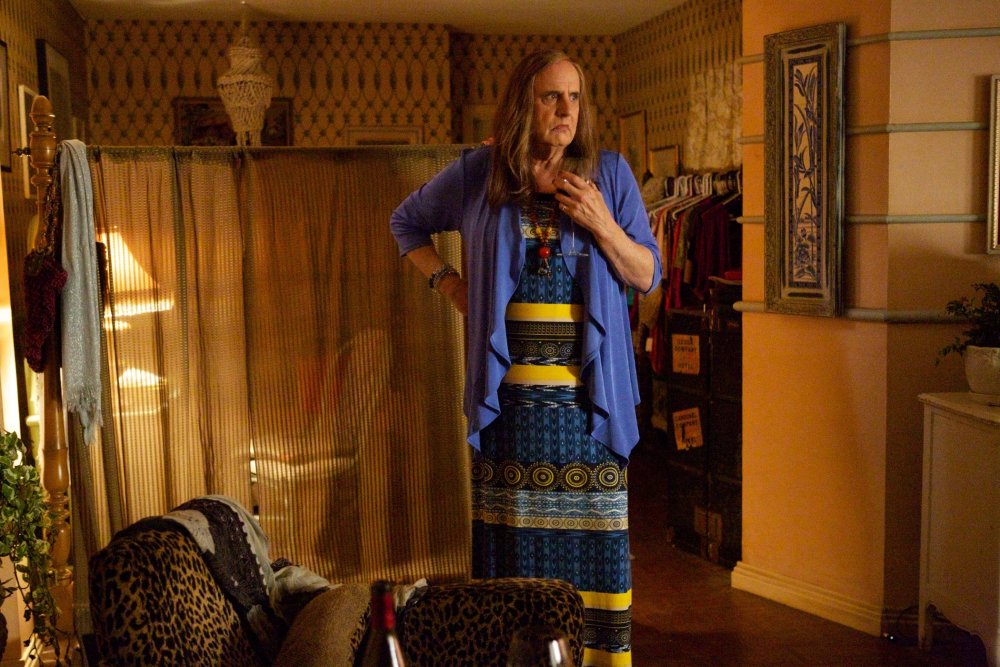 The show’s twist is announced in its title (try saying it in a West Coast American accent). Tambor plays Maura Pfefferman, who has pursued an academic career, married with three children, while repressing her identity. Having lived thus far as Mort, Maura marks her retirement by starting hormones, coming out and leaving home. A mounting series of flashbacks, culminating in Mort’s first weekend living as Maura when s/he should have been hosting daughter Ali’s bar mitzvah, makes painfully clear the cost to the whole family of Maura’s arrested development, and the transphobia that underlies it.

Transparent is available on the subscription VoD service Amazon Prime.

The show boldly, insistently makes its point that it’s not Maura’s secret that has fucked the family up, but the pressure on her to keep it. Both Ali and brother Josh have age-inappropriate, if consensual, relationships as teenagers, seen in the flashbacks to 1994.

Why that year? The involvement here of Nisha Ganatra, splitting directing duties with Soloway and acting as consulting producer, points to the legacy of New Queer Cinema, its promise and its falling away. B. Ruby Rich named the phenomenon in articles for Sight & Sound and the Village Voice in 1992 and noted, even then, that a phenomenon that had begun as truly diverse and political was translating into the indie mainstream as largely white, middle class and cismale. Ganatra’s first feature, Chutney Popcorn (1999), was a lesbian-of-colour corrective to that erasure, and her return with Transparent points to a transgenerational connection between NQC and the new, sex-positive hipster indie American media. 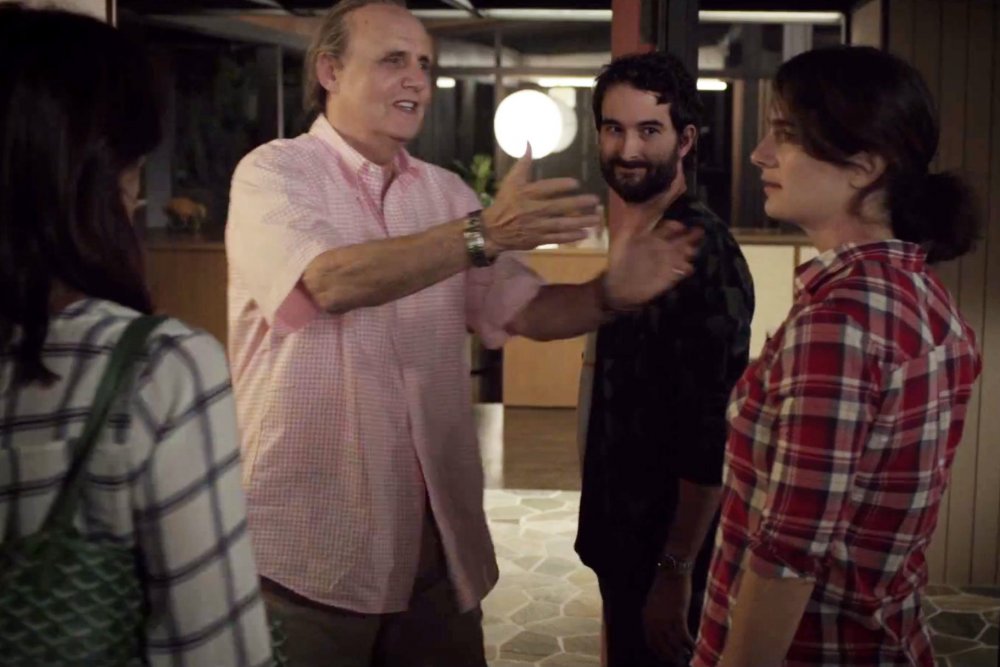 Ali, played by Gaby Hoffmann, connects Transparent, via Hoffman’s specialism in awkward truth-tellers, to both Lena Dunham’s Girls and Gillian Robespierre’s Obvious Child (2014). She is yet another well-educated, middle-class hot mess dealing with her own arrested development – an example of the current trope identified supportively by Erika Price as “the neurotic selfish female character.” Like Girls, Transparent is a show directed towards social-media-savvy audiences, with cliffhanger episode endings, controversial soundbites and edgy scenes.

Soloway’s casting of Tambor, a cisgendered man, in the main role has come in for particular and sound criticism (including an op-ed in the Advocate), as has the negative portrayal of materfamilias Judith and the lack of development for the other members of Maura’s trans support group. But the Advocate subsequently ran an interview with consulting producer Rhys Ernst, who is trans, and comedian Ian Harvie, who became the first transgender male actor to portray a transitioned trans man – Ali’s TA and subsequent date Dale – on a scripted American television show.

In its ability to generate online debate, as in many other aspects, the show is of the zeitgeist. The first multi-episode drama with a trans protagonist, it was announced shortly after TIME magazine’s Transgender Tipping Point issue, featuring Laverne Cox as its cover star.

Like Orange is the New Black, the show in which Cox has made her name, Transparent is a digital-native series, produced and distributed by one of the new non-studio players. It’s Amazon Prime’s attempt to go up against Netflix, producers of Orange and the US adaptation of House of Cards. Both of its zeitgeisty elements have created a wide audience, with the show – only available to Prime subscribers – spending a month at the top of the Amazon Prime video charts. 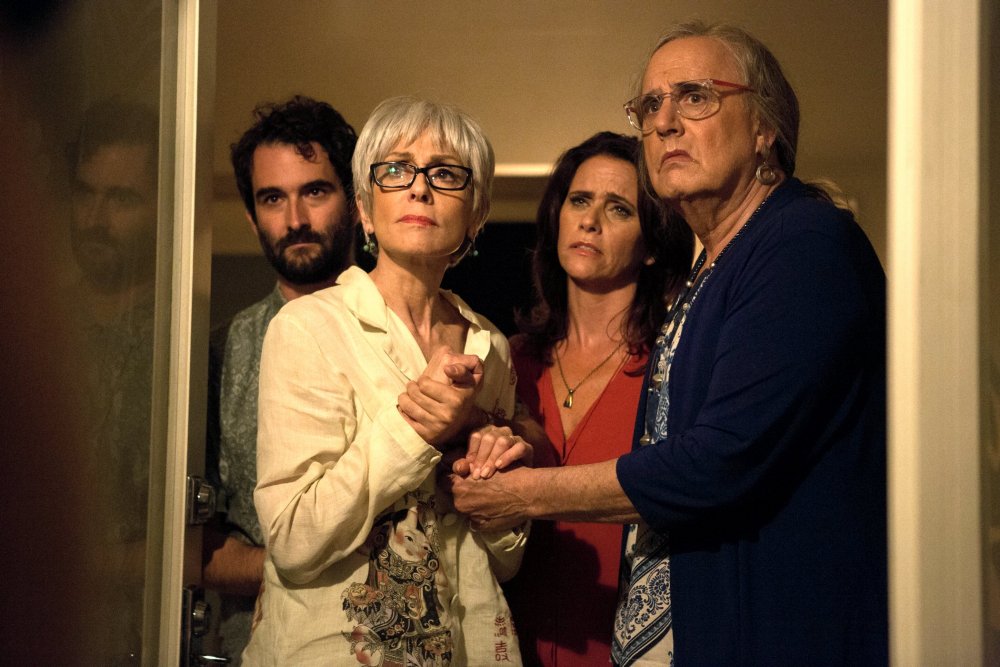 In a telling statistic, Transparent is also the most binge-watched series on the service, and indeed in the service’s history, with 80 per cent of viewers watching two or more episodes in the same day.

Part of what might make the show such compulsive viewing is that it’s about bingers. A substrate of the show is about compulsiveness and excess, from Maura’s huge 1970s house via barbecue sauce-covered faces to Josh’s music-biz-exec lifestyle of gadgets and girls. Even characters who might seem immune – like the family’s rabbi, played by the wonderful Kathryn Hahn, star of Soloway’s first feature Afternoon Delight (2013) – get sucked in to the Pfefferman way. On the one hand it’s a passion for life, a richly messy, appetitive contrast to the usual portrayal of families; on the other it both masks and intensifies the fragility of the interfamilial relationships.

While this intensity occurs within character exchanges such as the final scene of the first episode, where Maura inadvertently comes out to her oldest daughter Sarah, it is at its most exquisite in ensemble scenes, especially where they’re concerned with ritual: the final episode is titled Why Do We Cover the Mirrors? with reference to its central shiva. Reviewing Transparent for the New Yorker, Emily Nussbaum notes that, “excitingly, it’s also the most Jewish show I’ve seen on TV.” As in Friday Night Dinner and Grandma’s House, British television’s two recent Jewish family shows, it’s the dinner table that’s the main stage around which the show is constructed, with the twist that it literally brings gender and sexuality out of the closet and to the table. 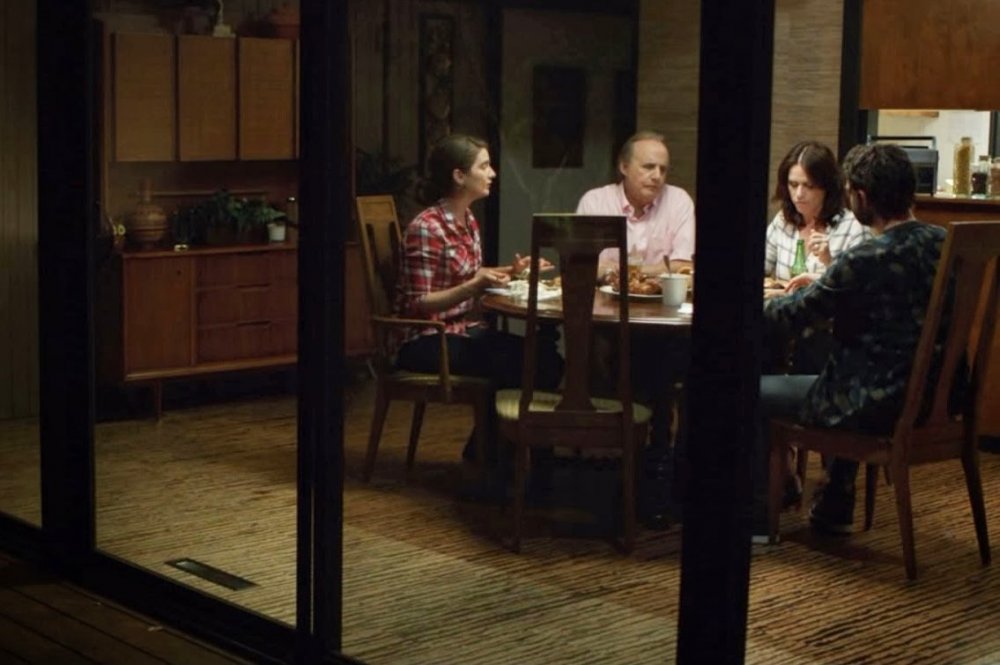 The Friday-night table is ruled by the patriarch, of course, something that the show dismantles movingly and precisely. It’s literalised when Sarah and her new-old girlfriend Tammy are lighting the Shabbat candles for their blended families, interrupted by Sarah’s ex-husband, who threatens them with the challah knife. Sarah and Tammy are, of course, in the dining room of the classic middle-class Californian family home that Maura has given to Sarah, out of guilt and love. The patriarch has been doubly replaced by queer female parents, an effect that’s seen spreading through the family: “Pfour out of pfive Pfeffermans pfrefer pfussy,” as Ali, Sarah and Josh chorus after Ali’s date with Dale.

At the conclusion of her new book Women in Dark Times, psychoanalyst Jacqueline Rose revisits an observation by Melanie Klein: that the male child “struggles to relinquish an identification with the woman sourced in the earliest proximity to the mother… The possibility of being a woman is etched into the body and soul of the boy, because he has already been there.”

This, suggests Rose, is the deepest secret of patriarchy, the repressed pain that underlies systemic oppression and sexual violence. Transparent resonates with this profound observation. While the casting of Tambor has rightly attracted criticism for taking jobs from trans performers, it embodies Rose’s suggestion, making visible the possibility of social and cultural transformation. Not just from homophobia and transphobia to integration, nor from male to female but – from Mort to Maura (a version of Mary, the quintessential mother) – from death to life. L’chaim!